Labor and the Coalition have made election promises totalling $5.3 billion on education but ignored a key request from lobby group Parents Victoria to fully fund Victorian government schools.

The group’s big-ticket request, to fund government schools to 100 per cent of the student resourcing standard, has not been answered by either major party, despite the combined $5.3 billion in election promises, according to figures compiled by the Parliamentary Budget Office. 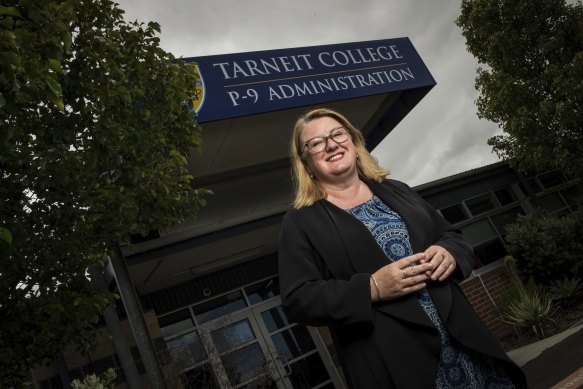 The additional cost of fully funding state schools from next year to 100 per cent of the standard is an extra $1.46 billion, according to the Parliamentary Budget Office.

“At the moment, we don’t see our lunch order being fulfilled, but hopefully it’s going to be taken seriously because it impacts everything,” Parents Victoria executive officer Gail McHardy said.

“All the things that everyone is crying out about, if that [school funding] was just fixed, it would solve a whole lot of problems.”

The schooling resource standard is an estimate of how much public funding a school requires to meet educational needs. Currently, government schools are funded to less than 90 per cent of that standard, with the state government having agreed to increase its share to 75 per cent by 2028, and the Commonwealth to 20 per cent.

There is no agreement on the 5 per cent gap. Negotiations on the next agreement will begin next year.

Natalie Hutchins, Victoria’s education minister, would not be drawn on whether Labor would commit to reaching 100 per cent of the standard if it forms the next government.

“I want to see Victorian schools obviously brought up to the 100 per cent mark, and we’ll keep fighting for that funding,” she said.

“There’s no doubt that we are committed to being and remaining the education state, and that, I think, is evident through the investment we’ve made to date in the eight years we’ve been in; it is phenomenal what we have invested in education.”

Some schools in poor condition are still waiting for funding, such as a secondary school campus in Sunshine that is literally falling down.

Amid a nationwide teacher shortage, Labor has also committed $779 million to recruit more than 1900 new teachers, so it can staff its new and expanded schools, a problem for which Hutchins concedes there is “no silver bullet”.

Labor has also committed $200 million to employ a mental health practitioner in every public and low-fee private primary school.

“The important thing is getting young people that assistance at the earliest point possible because that can change their trajectory of spiralling down with their mental health in their teens and even later in life,” Hutchins said.

The Coalition, for its part, has also promised to deliver more than $1 billion in government school upgrades, many of them in Melbourne’s south and east, where the party is most competitive, although all 88 electorates have been accounted for. It has also pledged $700 million towards capital works for non-government schools.

But where the Coalition has sought to distinguish itself from Labor in this campaign is in what would happen inside classrooms.

It has promised to spend $200 million to simplify the Victorian curriculum, and put more focus on maths, science and literacy.

Coalition education spokesman David Hodgett declined to say which parts of the curriculum would be removed, only that an expert panel would be appointed to make recommendations, in a process similar to what recently occurred in NSW.

“Cyber safety, water safety, stranger danger … resilience training, mental health, alcohol and drugs, it’s all important stuff, but we can’t continue to fit it all into that 9 to 3 timeslot,” he said.

It has also promised to spend $220 million on changing the way young students are taught to read, introducing systematic synthetic phonics in every school, along with a bank of lesson plans for teachers.

Hodgett said that while Victoria’s overall NAPLAN data were solid, reading results were not improving among the bottom performers.

Separately, the Coalition has pledged $300 million for a two-year pilot providing free nutritious lunches to schoolchildren, though experts have warned the pledge is under-costed, and promised to wind back recent changes to the Equal Opportunity Act that prohibit faith-based schools from hiring staff based on faith.