BINDI Irwin has released footage of her stunning wedding to Chandler Powell, ahead of TV special this weekend.

The 21-year-old posted the clips of her Australia Zoo wedding on herTwitter page ahead of a TV show airing on Animal Planet in the US. 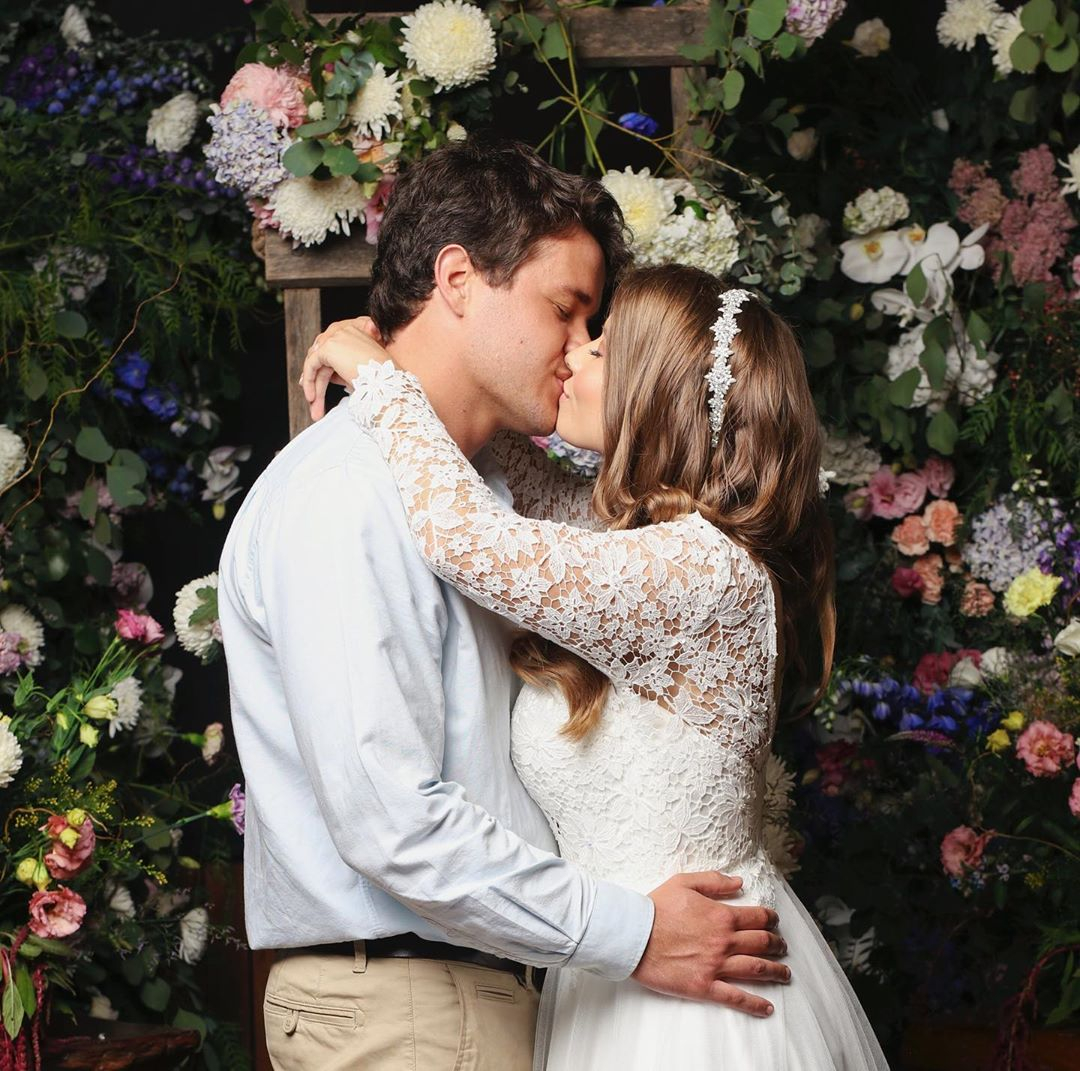 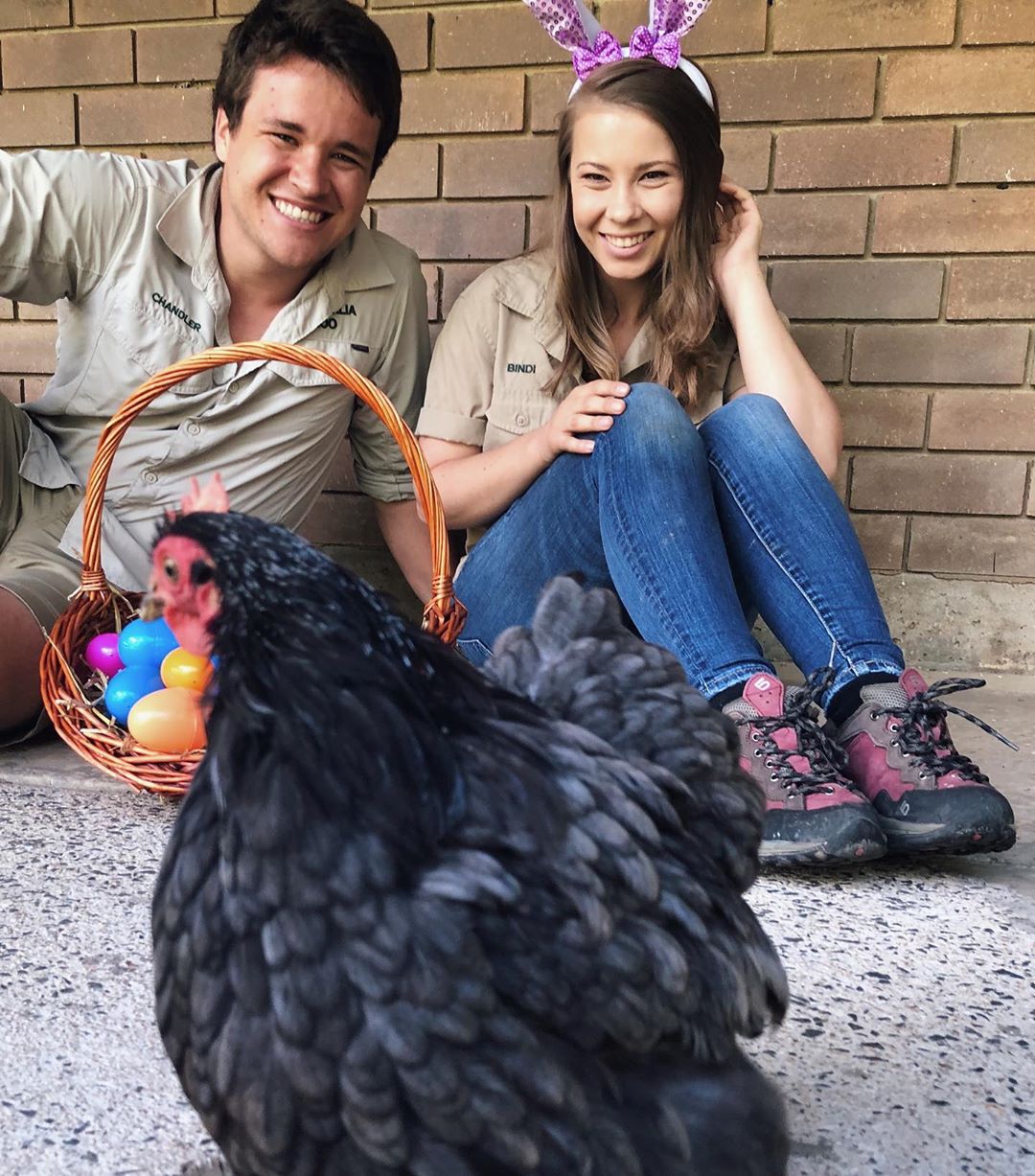 The online clip show Bindi being walked down the aisle by her brother Robert 16, and she is shown kissing the groom after the couple were pronounced “man and wife".

The film also shows the couple posing with a huge snake wrapped around their shoulders and Bindi and her mum Terri having a cuddle.

The TV special is also said to include emotional footage of her late father Steve.

Bindi posted the clip on her Twitter page on Thursday evening, writing: “Our Wedding Story. USA friends – Tune in to ‘Crikey! It’s The Irwins: Bindi’s Wedding’, on this Saturday at 8pm ET/PT (7pm CT). We’re sharing every beautiful, challenging & special moment with you during this episode. I already have happy tears. Love & Light xx.”

It comes after she released a load of wedding snaps the day before.

The photos show the couple cutting the cake and paying tribute to the late Crocodile Hunter Steve.

Dad Steve died in September 2006 at the age of 44 after being pierced in the chest by a stingray barb while filming a wildlife documentary in Batt Reef, Queensland.

The family had been planning the wedding for nearly a year, but decided at the last minute to hold a “small ceremony” without guests due to the coronavirus outbreak.

Bindi and Chandler moved their original date, set for April 4, to a ceremony in March.

They got married at the family zoo – just hours after Australian Prime Minister Scott Morrison announced new restrictions on weddings due to the coronavirus pandemic, with only five people allowed to attend.

The TV special is said to feature special moments between the couple and their family, including Bindi's younger brother Robert, 16, walking her down the aisle.

Robert wrote on his own Instagram page: “I was beyond honoured to get to walk Bindi down the aisle today… I know that dad was with us, and we are all so delighted for your future as husband and wife. I love you both.”

While the Animal Planet special will air this weekend in the US, fans elsewhere will need to stream the episode online or wait until it airs on Foxtel in July.

BINDI'S BROTHER WALKED HER DOWN THE ISLE

Another touching gesture that will play out on screen, is Bindi and Chandler's tribute to honour Bindi's late Crocodile Hunter father Steve Irwin on their big day.

The newlyweds lit a single candle at the altar in Steve's memory after their private ceremony.

In never-before-seen photos, the couple can be seen lighting the candle on a single table with a photo of Steve on an easel beside it.

“Chandler became my husband, and together we lit a candle in dad's memory. We shared tears and smiles and love,” Bindi told People last month.

It comes after the newlywed told People magazine that her wedding gown was a tribute to her mother Terri's wedding dress, from when she married Crocodile Hunter Steve in 1992.

“I wanted something very similar because I've admired [my mum's] dress since I was tiny,” Bindi said.

Bindi recalled putting on her mother's wedding gown when she was 12 and falling in love with it.

But she wasn't able to wear the same dress or have it altered because it was already 50 years old.

The pair first met at Australia Zoo in 2013, and they announced their romance in 2015.

In July 2019, Chandler proposed to Bindi on her 21st birthday at Australia Zoo.

Crikey! It’s the Irwins: Bindi’s Wedding will air in Australia on Saturday 18 July from 6:30pm on Foxtel's Animal Planet 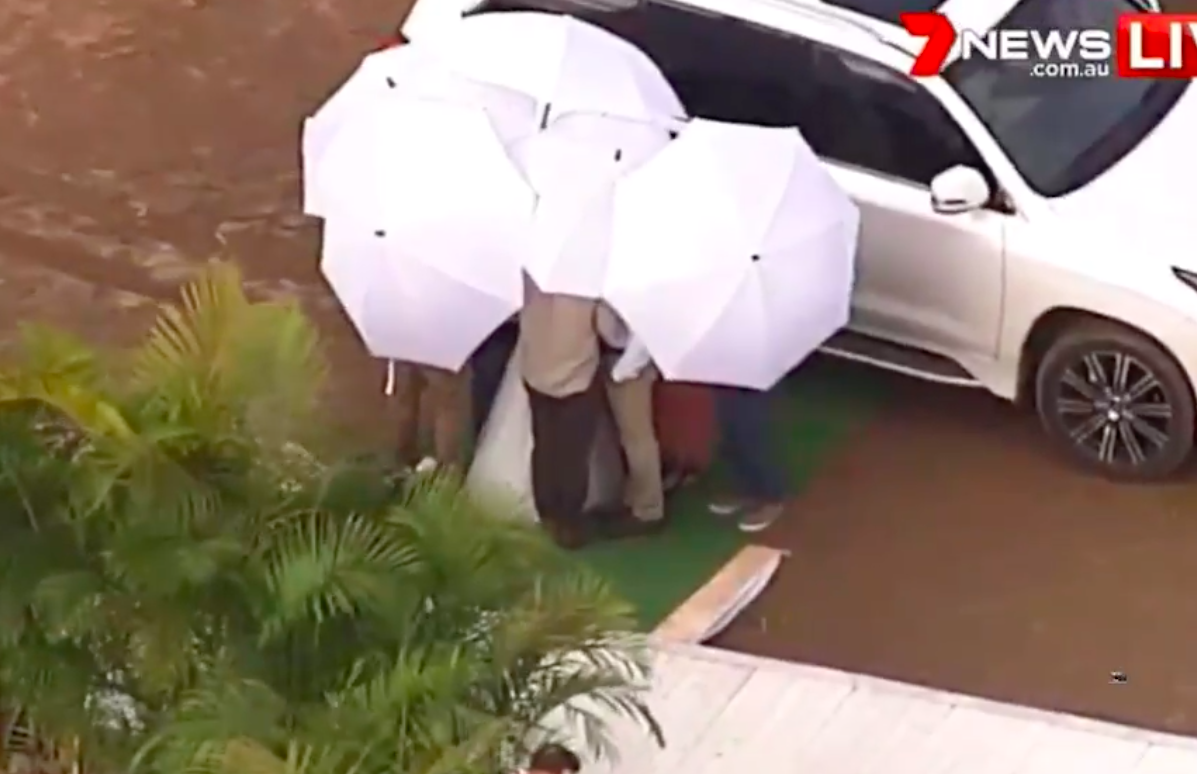 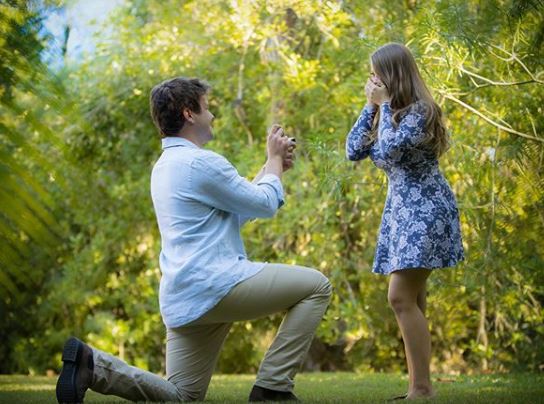 July 24th 2019 ❤️ On my birthday I said ‘yes’ and ‘forever’ to the love of my life. Chandler, close to 6 years ago I fell in love with you and every day since has been a whirlwind of adventure and true happiness. I’m so looking forwarding to spending our forever together as your wife. Here’s to a lifetime of friendship, purpose and unconditional love. — Now let’s get married already!

July 24th 2019 ❤️ On my birthday I said ‘yes’ and ‘forever’ to the love of my life. Chandler, close to 6 years ago I fell in love with you and every day since has been a whirlwind of adventure and true happiness. I’m so looking forwarding to spending our forever together as your wife. Here’s to a lifetime of friendship, purpose and unconditional love. — Now let’s get married already!