Residents woke yesterday morning to discover the festering pile of waste had been selfishly dumped on their doorsteps. 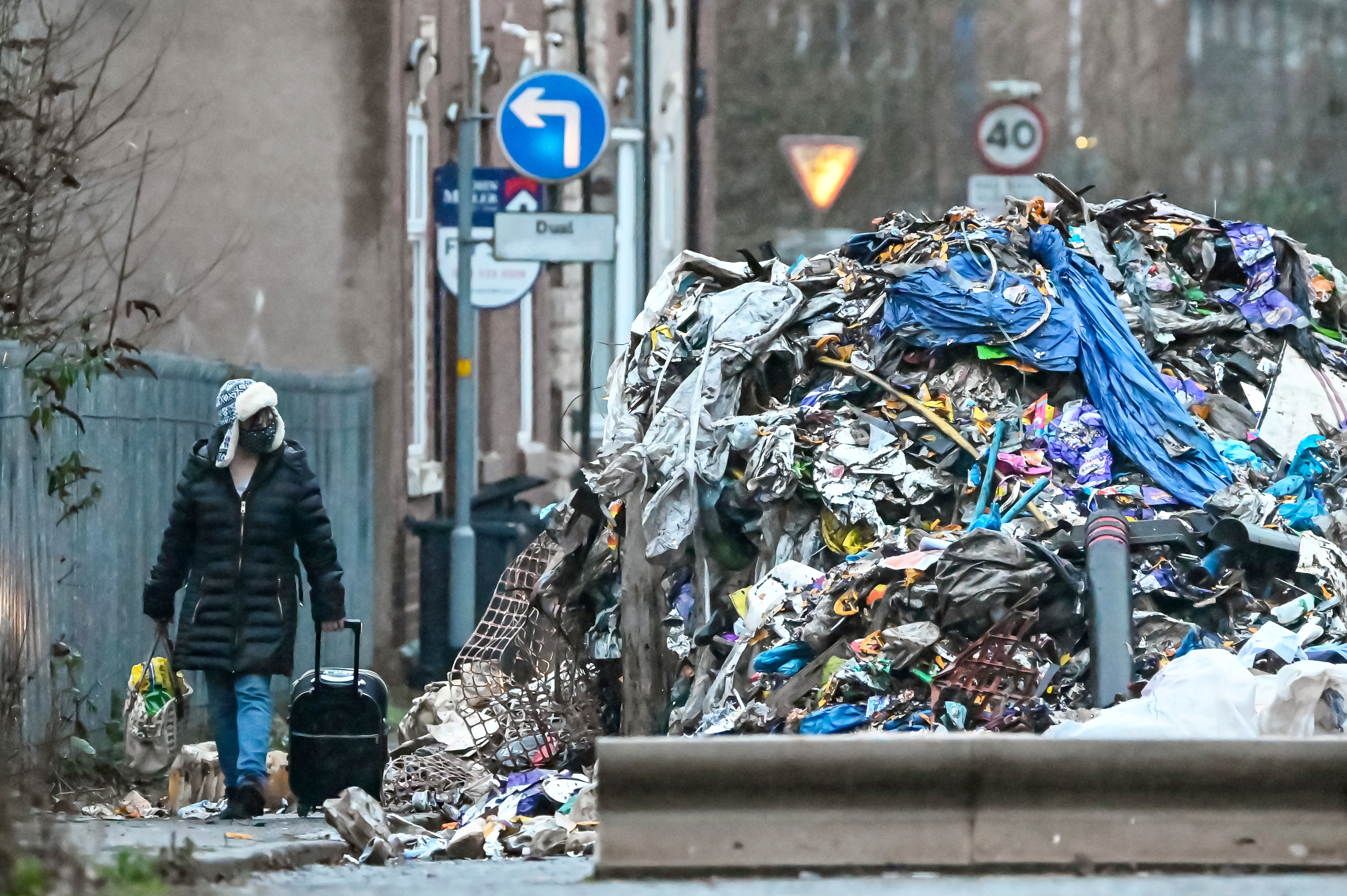 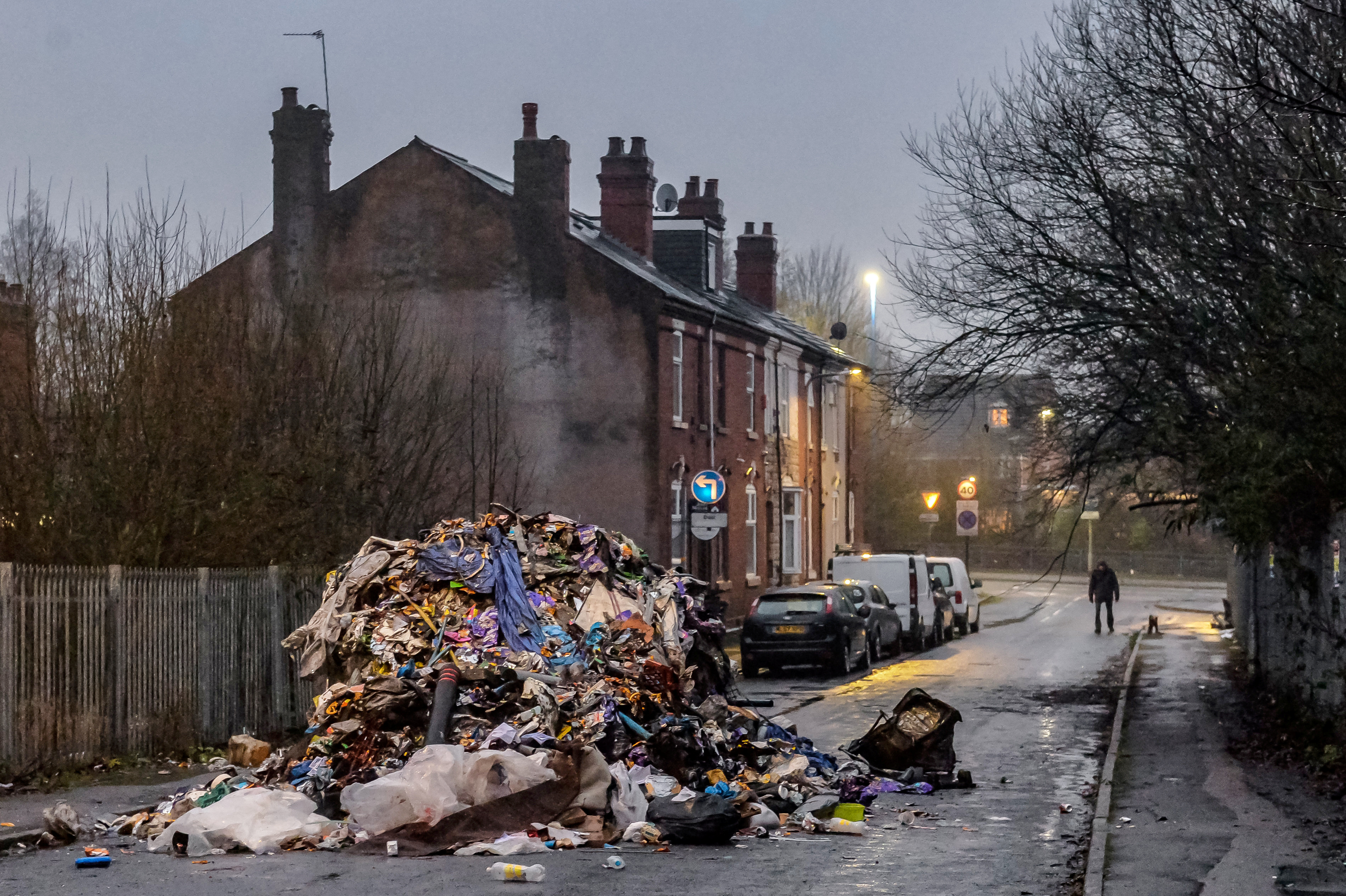 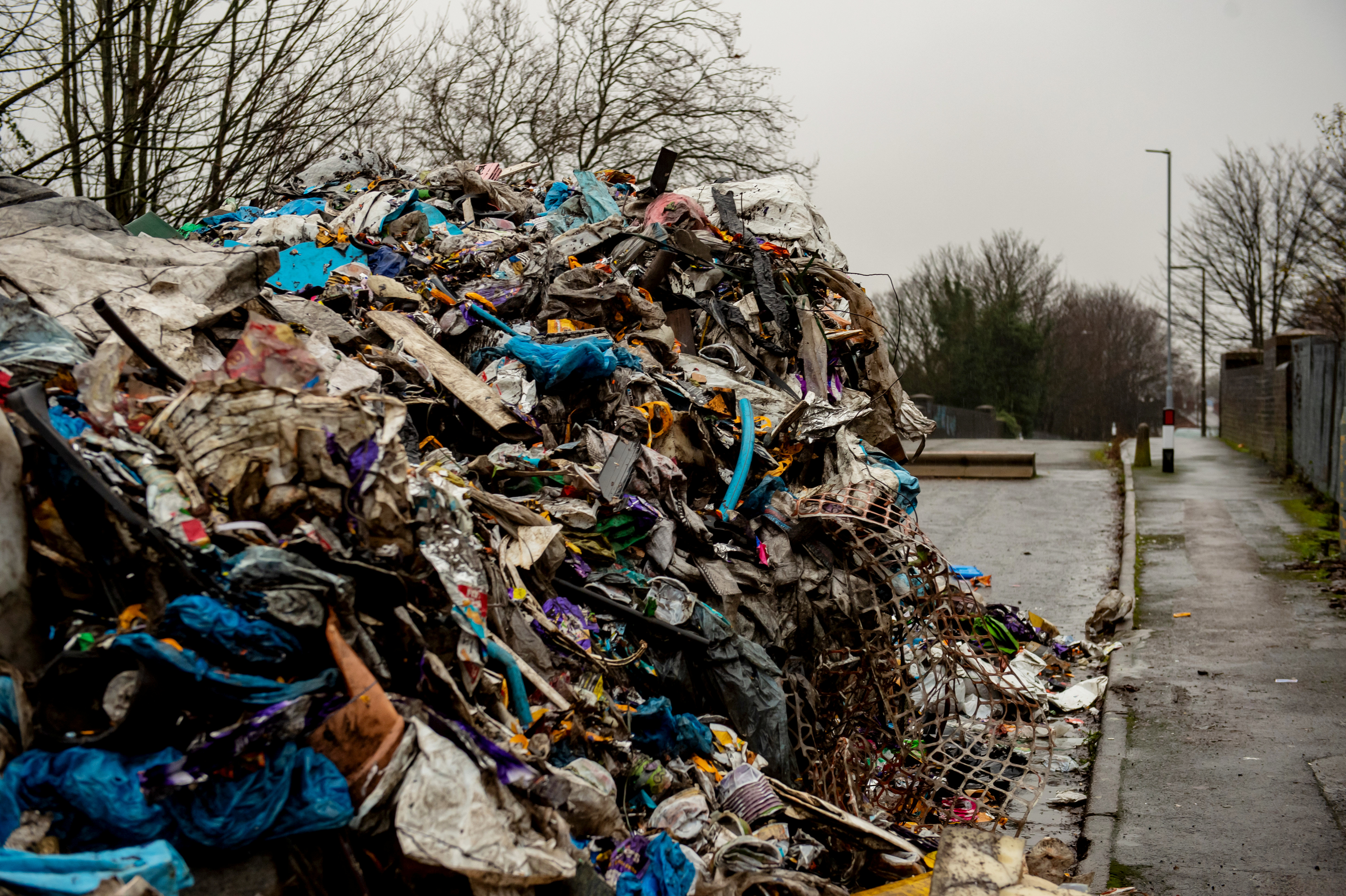 Staggering pictures show the outrageous heap – which is about the same size as a van – abandoned on Bilhay Lane, in West Bromwich, West Mids.

Carpets, pipes, black bags and even street bollards can be seen sticking out from the mountain of rubbish which blocked almost the entire street, making it impossible to drive down the road.

After a spate of similar incidents, fed-up locals are now calling for CCTV to be installed around the area to stop the shameless fly-tippers.

Mum-of-one Tina Blackmore, 29, who lives on the road, said: "It stinks and I've seen rats running about, I fear for the health of my little girl.

"I couldn't believe it when I opened my door and spotted it the other day – it is absolutely huge and the council haven't cleared it away yet either.

"We've had problems with fly-tipping before but I've never seen anything like this. It’s left the place looking like a landfill site and it’s like living in a Third World country.

"We're worried enough about our health at the minute with the virus, so this is the last thing we need."

Local resident Charlotte Mason, 33, added: "It is disgusting and you just can't believe some people could be so thoughtless. 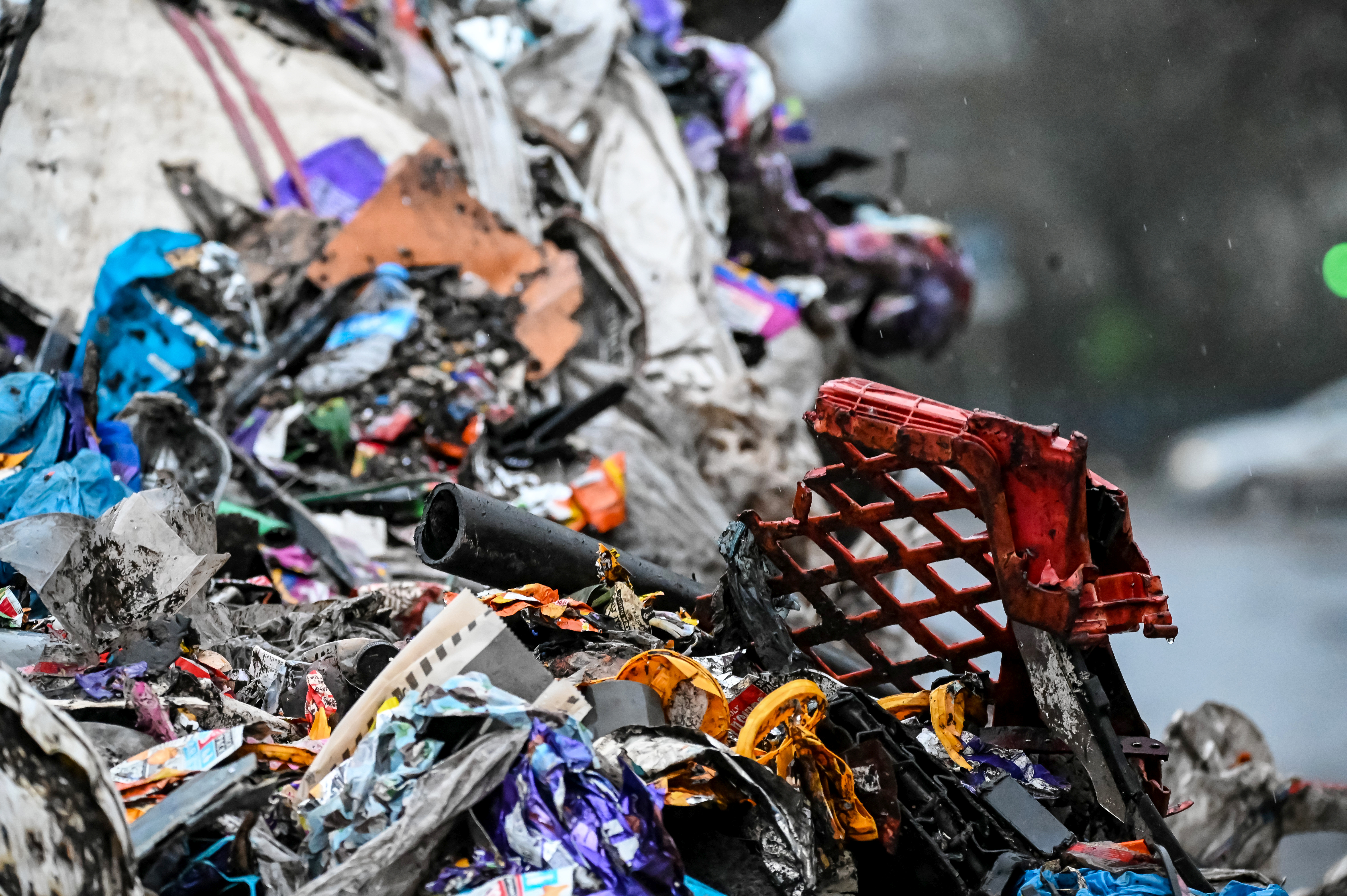 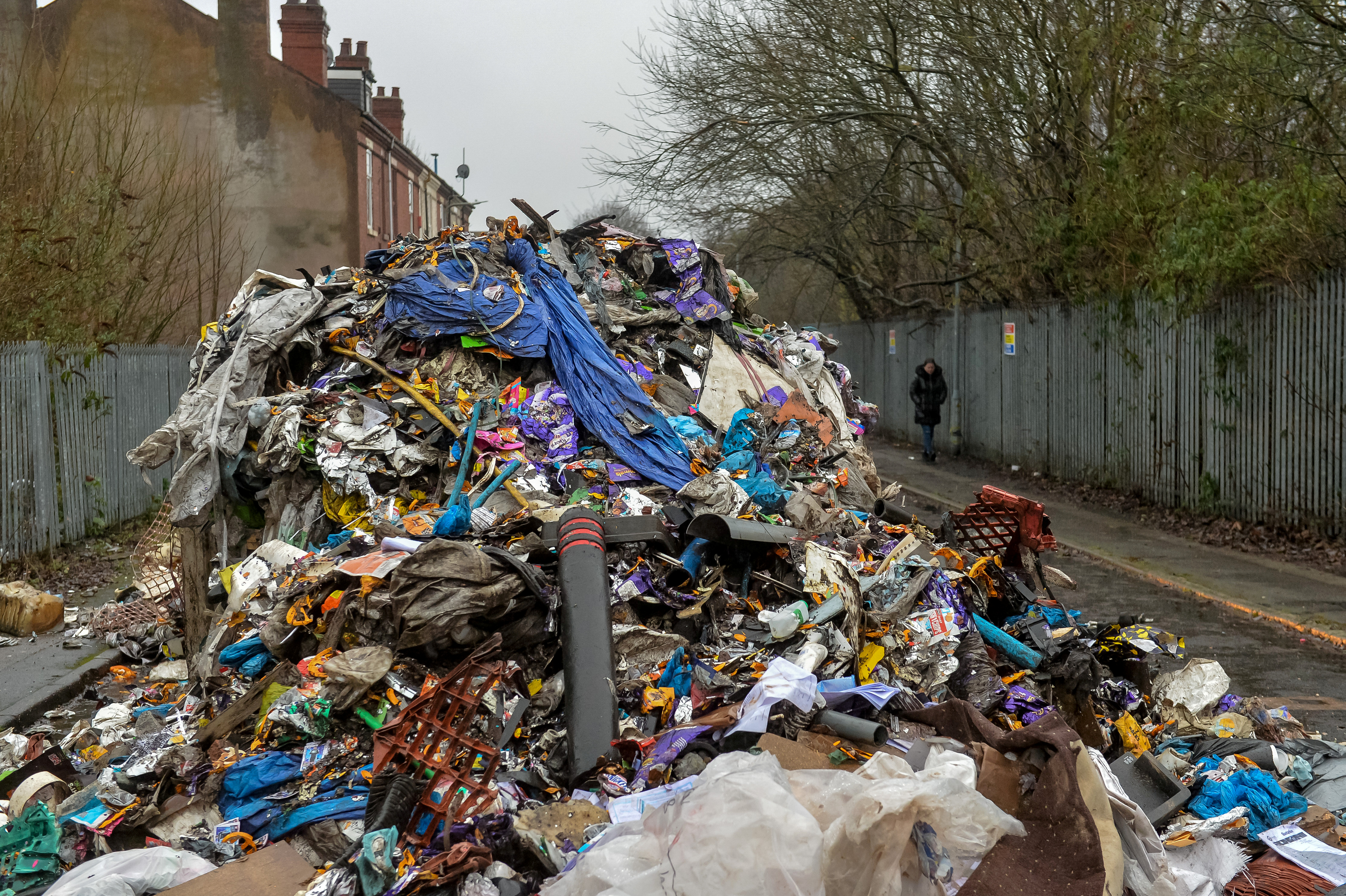 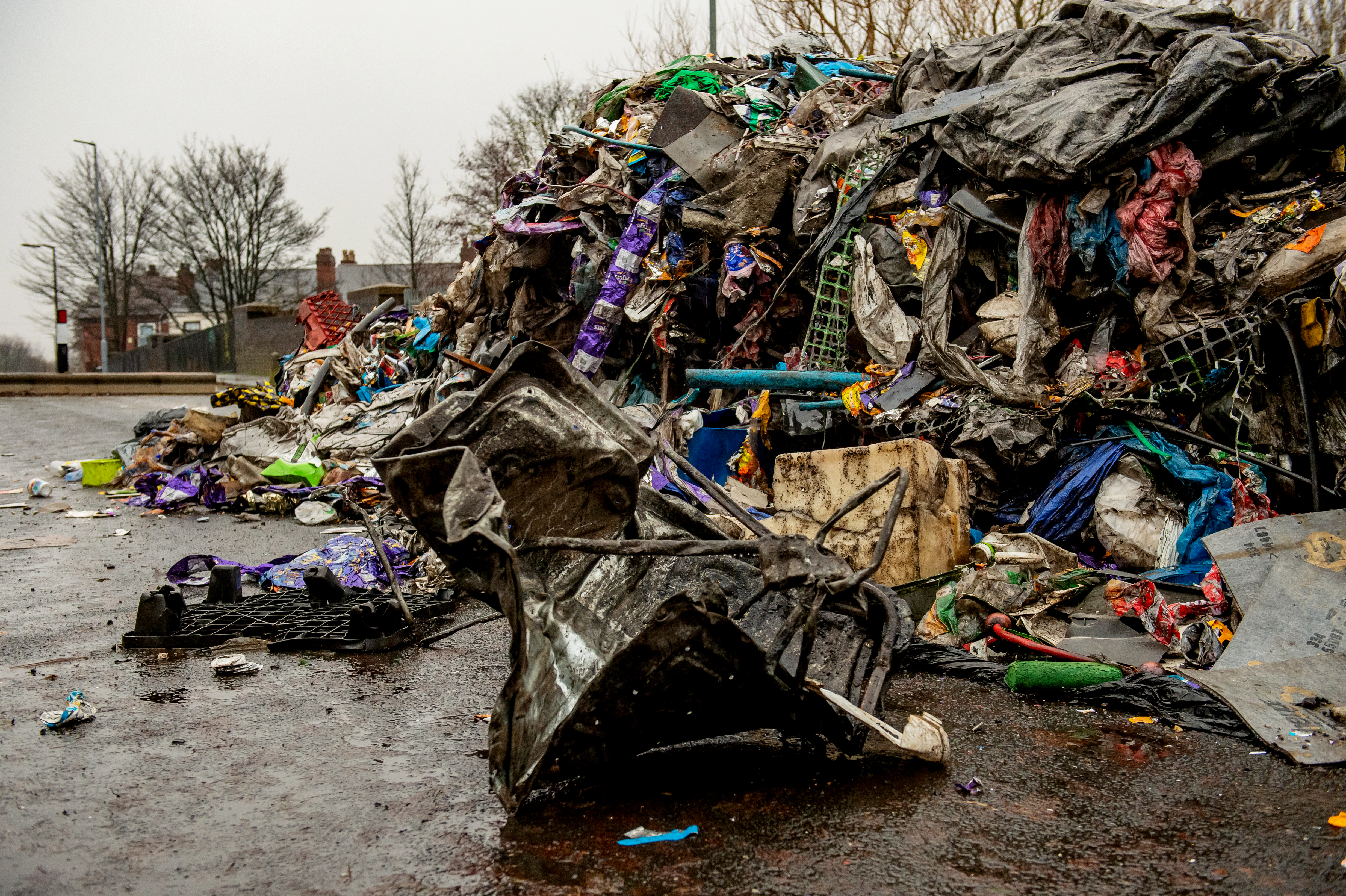 "There's everything from crates, carpet, plastic rubbish, football cards, crisps and sweet wrappers to a street bollard. It's an absolute eyesore."

"I'll be writing to the council. There's far too much fly-tipping across the whole constituency but that is on another level."

Many locals took to social media to vent their fury, with Sue Meaden saying: "That's so disgusting yet again we are turning into one big skip.

"Enough is enough council get it sorted and big fines issued to make them clean it up and still pay a fine scum these people are."

And Gemma Arnold wrote: "How on earth did nobody hear anything with that much being dumped? Someone needs to get the council to install CCTV."

A third resident, Andrea Ward, shared her displeasure, writing: "Whoever dumped that rubbish should be put in prison!

"We are drowning in rubbish, even the countryside isn't safe, fast food wrappers, drinks cartons every conceivable bit of junk because the filthy people couldn't be bothered to take their stuff home.

"I got in touch with the council and they sent me some litter pickers so I'm going to try and do my bit."

Diane Clay added: "That's actually a danger to life, no emergency vehicle could go past that, filthy scumbags."

Anyone caught fly-tipping or illegally depositing waste faces a fine of up to £20,000 or even prison.

"Fly-tipping is a dreadful environmental crime and the council and the people of Sandwell will not tolerate it.

"We will continue in our fight against selfish people who dump rubbish.

"Our teams are working to clear the site and with the Environment Agency we will investigate and seek to prosecute those responsible.
"We urge anyone with information to go to www.sandwell.gov.uk/flytipping or call Crimestoppers on 0800 555 111."

END_OF_DOCUMENT_TOKEN_TO_BE_REPLACED

END_OF_DOCUMENT_TOKEN_TO_BE_REPLACED
This website uses cookies to improve your user experience and to provide you with advertisements that are relevant to your interests. By continuing to browse the site you are agreeing to our use of cookies.Ok