A BRIT dad is facing the death penalty in Iraq after being accused of attempting to smuggle broken pottery.

Retired geologist Jim Fitton, 66, is set to miss his daughter's wedding after being detained in the country for five weeks in what his desperate family have branded a "living nightmare". 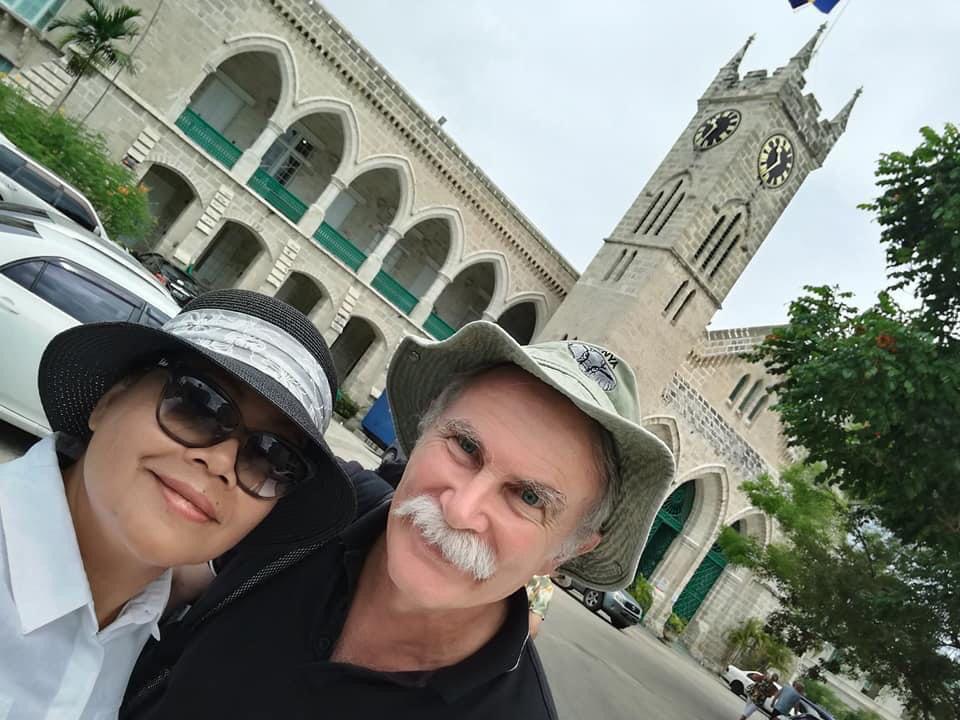 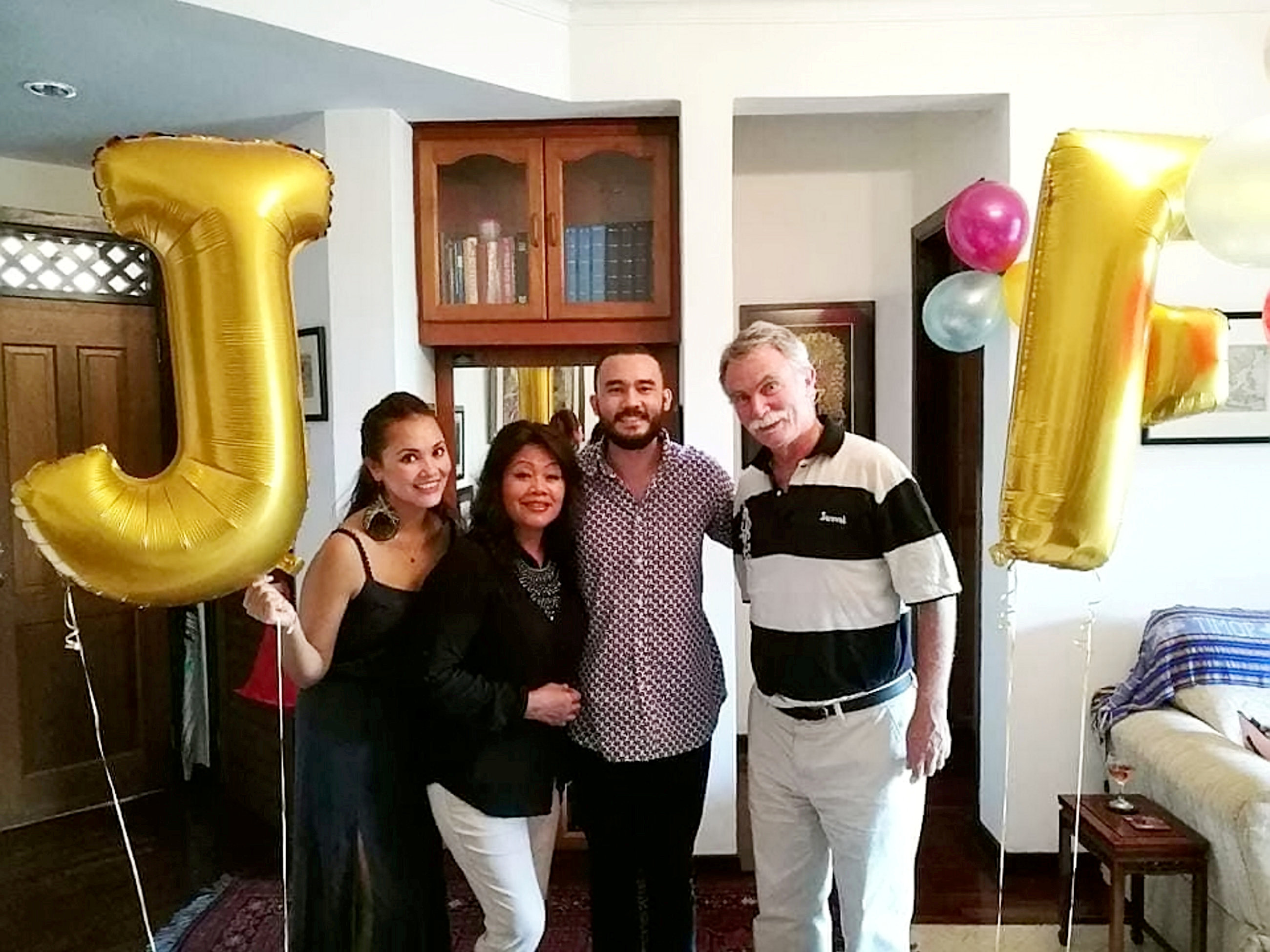 The dad-of-two collected stones and shards of broken pottery as souvenirs while visiting a site in Eridu, in the Iraq's south-east, as part of an organised geology and archaeology tour.

But the items were judged to be artefacts under Iraqi law and the charge levelled at Mr Fitton states "whoever exported or intended to export, deliberately, an antiquity, from Iraq, shall be punishable with execution".

His daughter Leila and her husband Sam Tasker, from Bath, in Somerset, say the sentencing this month is expected to coincide with a long-planned celebration of their wedding.

They said: "There is never a good time for something like this to happen but we are one week away from what should be the happiest day of our lives, and the culmination of more than two years of planning, and it's been turned into an absolute living nightmare. 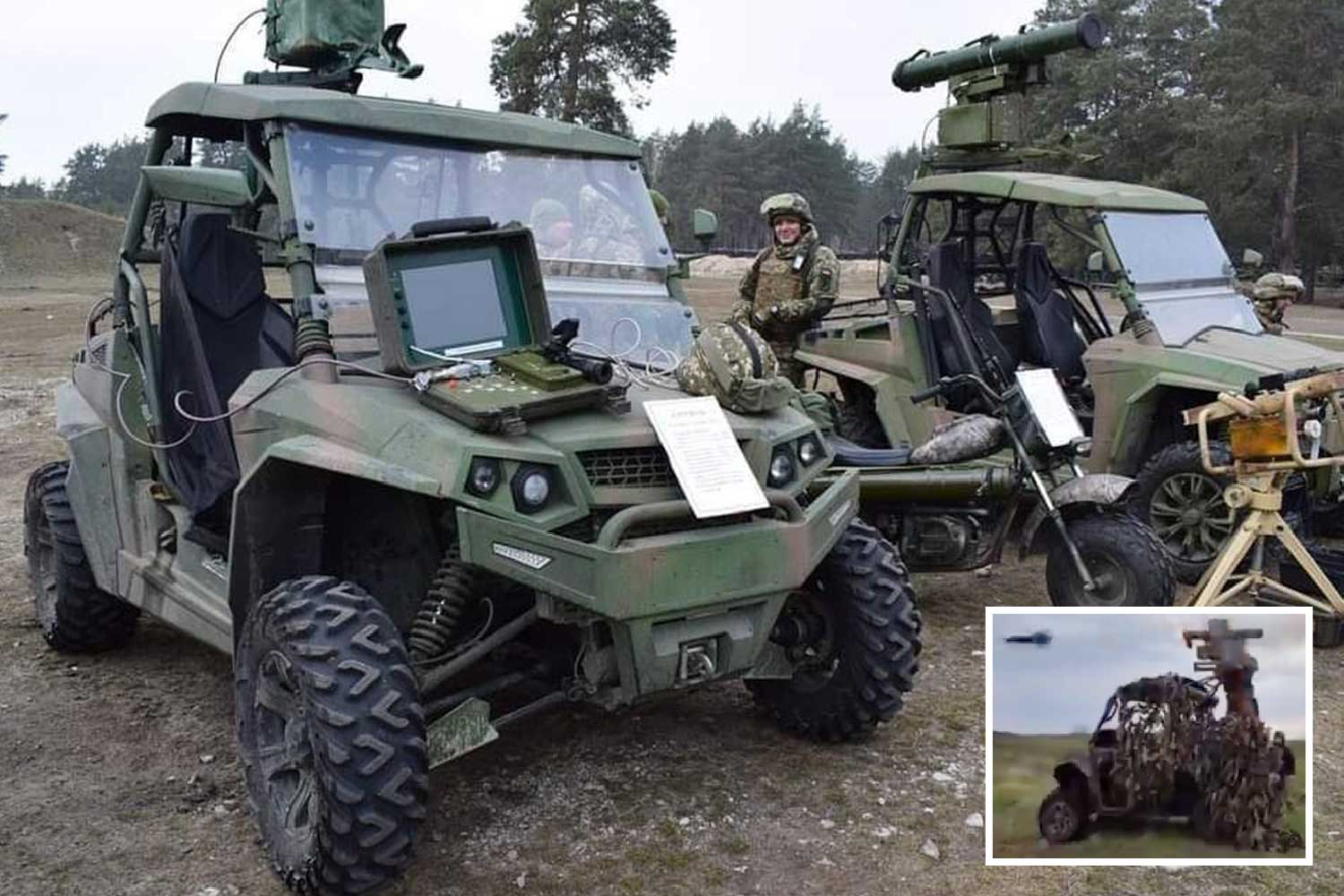 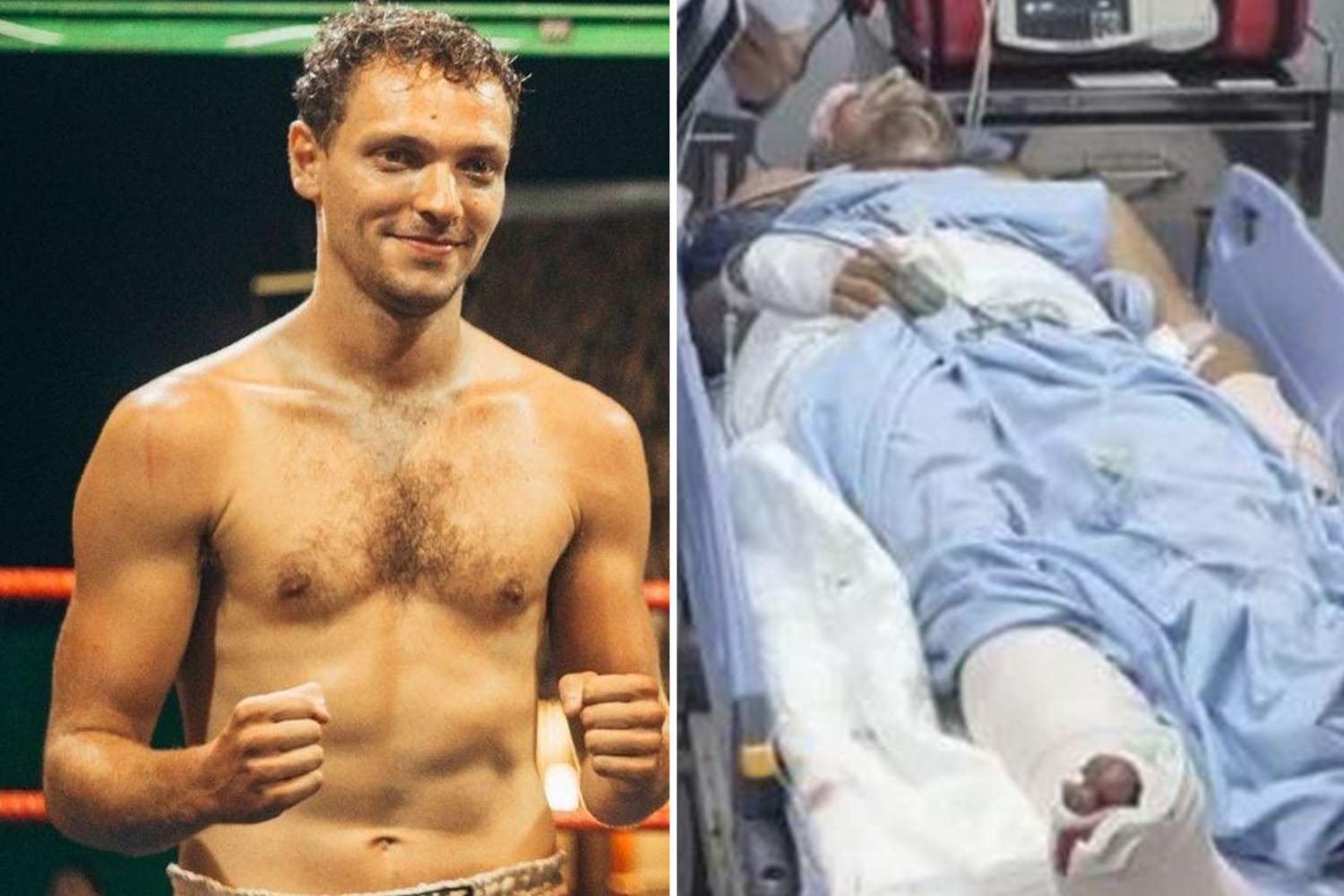 "We have accepted the fact that, without timely intervention from the FCDO (Foreign, Commonwealth and Development Office), Jim will be unable to attend this ceremony too."

Mr Fitton has been detained in Iraq for five weeks after being accused of attempting to smuggle historic artefacts out of the country.

His case in connection with the March incident is expected to go for sentencing in the week beginning May 8.

Ministers have come under increasing pressure to help free Mr Fitton as he faces the death penalty.

Family who appeared on This Morning faked illness to scam council of £734,000 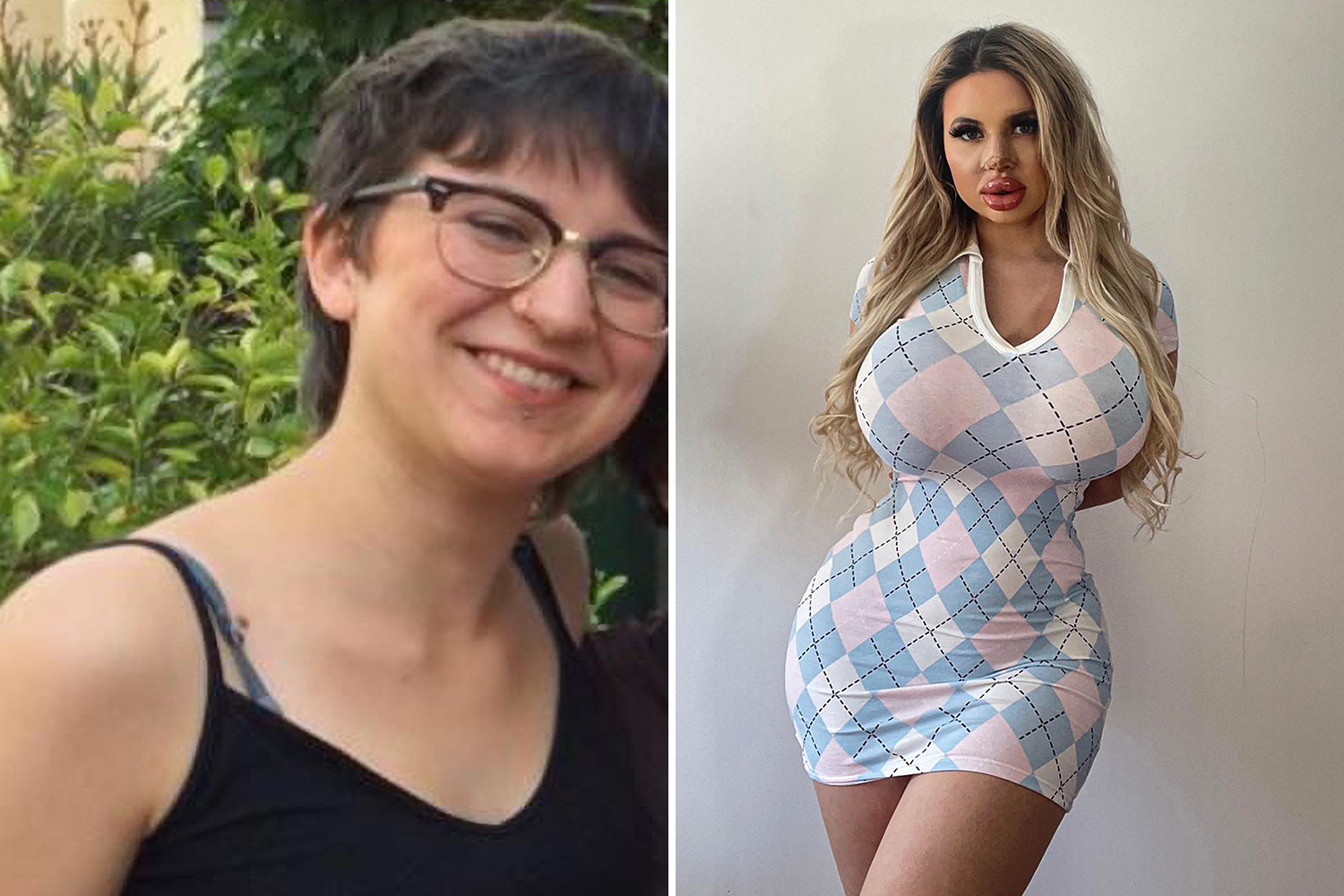 A petition urging for his release set by his son Joshua and daughter has received more than 97,000 signatures in the three days since it was launched.

Mr Fitton's family described the response to the petition as "unbelievable", adding in a statement: "Jim really appreciates the support from old colleagues, good friends, kindred spirits, and complete strangers who have not allowed this to go unnoticed.

Mr Fitton worked as a geologist for oil and gas companies during his career and lives in his adopted home of Malaysia with his wife, Sarijah.

Wera Hobhouse, Liberal Democrat MP for Bath, has raised his case with ministers in the House of Commons.

The family said their lawyer has drafted a proposal under Iraqi law to have the case closed before trial but they need the Foreign Office to "put their weight behind the plan and endorse it" so they can secure a high-level meeting with judicial officials in the country.

'LIFE IN THE BALANCE'

The proposal cites the "clear lack of criminality, that Jim is a victim of poor guidance and circumstance, and also cites the huge investment that the UK has made in the Iraqi governmental and judicial framework through FCDO funding in the past few years".

The family statement, via an update on the petition website, also explained: "Leila has not seen Jim for more than two years due to Covid travel restrictions.

"We held a small Covid wedding ceremony in Bath in August of last year for close friends and our British family members, mostly on my side.

"We have, since then, been planning a larger celebration in Malaysia with all of Leila's extended family. This is scheduled on May 8."

Ms Hobhouse said: "It's impossible to imagine what Jim and his family are going through, especially as Sam and Leila are planning their wedding.

"The Foreign Office must do everything in their power to bring Jim back home to his family."

The Foreign Office has said it is providing consular support and is in contact with the local authorities.

Foreign Office minister Amanda Milling, in a letter to Ms Hobhouse, said last week: "We understand the urgency of the case, and have already raised our concerns with the Iraqi authorities regarding the possible imposition of the death penalty in Mr Fitton's case and the UK's opposition to the death penalty in all circumstances as a matter of principle."

It comes after Brit footballer Billy Hood was jailed in Dubai after he was found guilty of possession, selling and drug trafficking after police found just four small bottles of vape oil in his car.