A BRITISH Airways plane’s nose has collapsed at Heathrow Airport – as passengers are facing hours of delays.

Footage shows dozens of emergency services at the scene of the incident, with the nose of the plane on the tarmac of the airport. 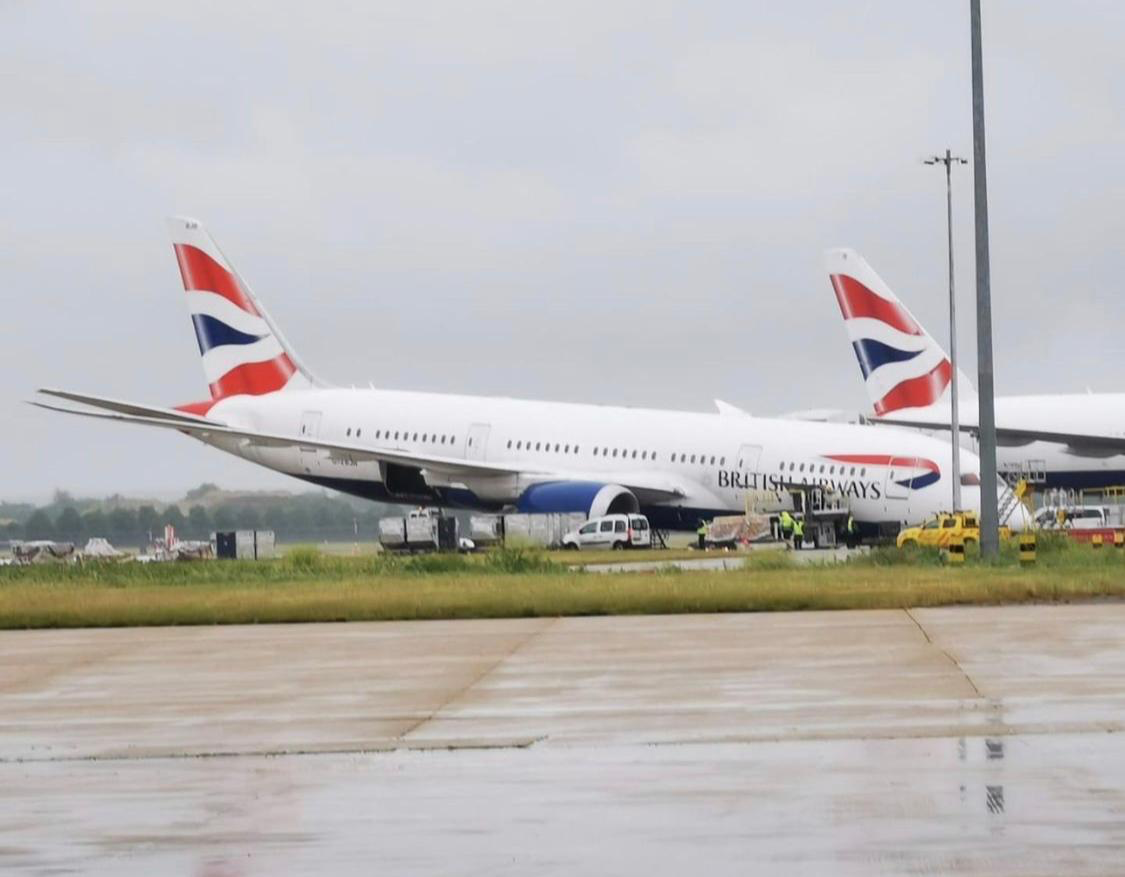 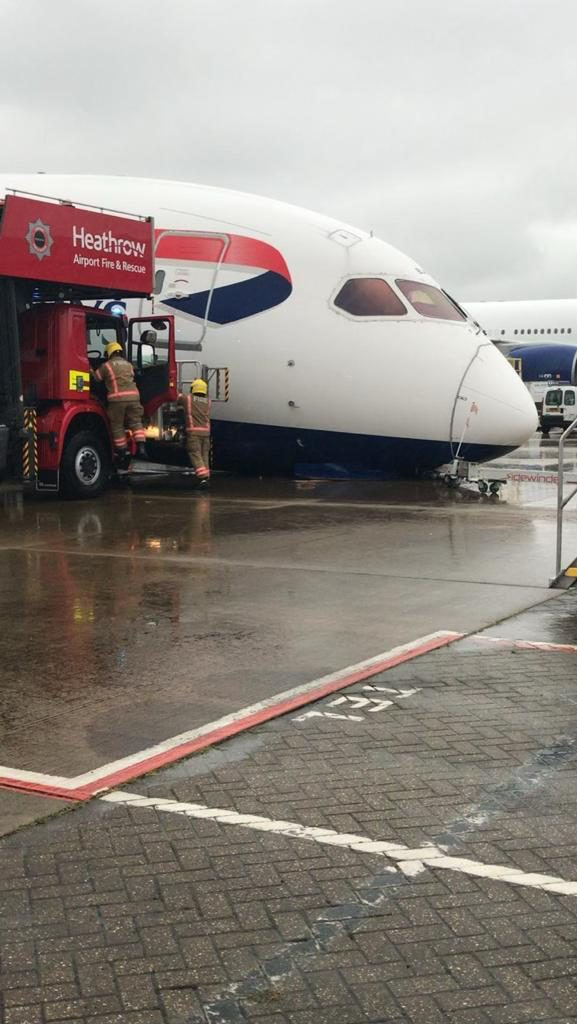 Fire engines, ambulances and police rushed to the airport with the extent of the damage to the plane not yet known.

The Boeing 787’s nose gear appeared to have collapsed, with pictures showing the airstairs attached to the BA jet.

A British Airways spokesman said: "A freighter aircraft has been damaged while stationary on stand. As a freighter only aircraft there were no passengers on board.

"Safety is always our highest priority and we are investigating the matter."

The aircraft was carrying out flight #BA881 from Moscow on June 16, when the incident took place.

"Extent of the damage is currently unknown. Further details will be reported once available."