Carlsberg director sacked after beers in London brewery during Covid

A Carlsberg director was sacked after successfully organising a ‘p**s up’ in a brewery because it breached lockdown rules, an employment tribunal has heard.

Martin Entwistle invited eight friends for beers in the Taproom of Carlsberg’s London Fields Brewery (LFB) in Hackney, north London, on 6 June 2020 despite strict Covid regulations having been enforced due to a ‘vulnerable’ member of staff.

An employment tribunal hearing, in Cambridge, was told that after dinner and drinks he gave his friends a late-night ‘guided tour’ of the London brewery which descended into ‘boisterous, alcohol-fuelled horseplay’.

Their escapades were captured on CCTV and as a result he was told his behaviour was ‘unbecoming’ of a managing director and he was sacked for gross misconduct.

Mr Entwistle, who now runs online retailer All About The Beer, then brought claims of unfair dismissal and breach of contract against Carlsberg, saying enforced rules were put across on an email as ‘nothing more’ than ‘guidelines’.

But the tribunal has now dismissed his claims – saying the regulations were ‘clear and unmistakable’ as mandatory rules and not voluntary guidance.

Mr Entwistle had worked as the Managing Director of Danish brewing company Carlsberg’s LFB and Taproom in Hackney, north London.

In light of the Covid 19 pandemic, the company had introduced measures to reduce the risk of infection at the site.

At the time of the drink up on 6 June 2020, restrictions had just been lifted from a complete lockdown, with the public able to meet up to six people in an outdoor setting and only two people were allowed to meet indoors, in both cases while being socially distanced. 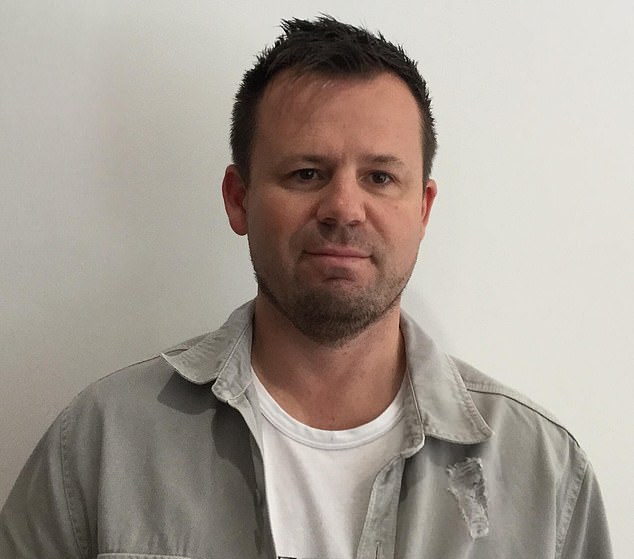 Carlsberg director Martin Entwistle (pictured) was sacked after organising a ‘p**s up’ in London Fields Brewery in Hackney because it breached lockdown rules, an employment tribunal has heard

Larger gatherings were only permitted for work purposes, provision of voluntary or charitable services or at an educational facility where the gathering is ‘reasonably necessary’ for the purposes of education.

Non-essential retail shops were not to open for another 11 days.

The tribunal also heard that in preparing for the return of a ‘vulnerable’ female member of staff – named only as ‘K’ – the company had detailed extra rules in an email sent to all employees.

The ‘mandatory directives’ enforced in June included ‘no one’ being allowed to enter the brewery area ‘unless there is an emergency’.

The rules added: ‘This includes when the Brew Team are not at work, and should generally be the case regardless.’

The tribunal noted it showed no one was wearing face masks, and that ‘at least one’ of the party had engaged in ‘boisterous, alcohol-fuelled horseplay’ whilst in the brewery.

After the party, a number of staff raised concerns about their managing director’s conduct, and a disciplinary investigation began.

The investigation found Mr Entwistle had ‘demonstrated ignorance’ of social distancing guidelines and ‘failed to control the behaviour’ of his friends. 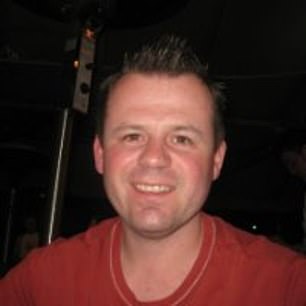 Mr Entwistle (pictured) had worked as the Managing Director of Danish brewing company Carlsberg’s LFB and Taproom in Hackney, north London. In light of the Covid 19 pandemic, the company had introduced measures to reduce the risk of infection

But despite accepting he ‘had not set a good example’, Mr Entwistle disagreed that his conduct was ‘unbecoming’ of the lead of the LFB operation.

The tribunal also heard he challenged the ‘validity’ of the Covid measures sent in the earlier email, arguing they were simply ‘guidance and nothing more’.

Mr Entwistle sought to ‘justify’ his entry to the brewery by saying he knew vulnerable staff member ‘K’ – who had been shielding for three months prior to her return – wouldn’t be at work for another four days.

In September 2020 he was sacked for his ‘extremely irresponsible’ act of gross misconduct, and told he had committed a ‘very serious error of judgement’.

Mr Entwistle appealed the decision, arguing that while it had been ‘wrong’ to take a group into the brewery it had not caused ‘any danger or risk to any employee or visitors’.

His appeal was rejected and he brought claims of unfair dismissal and breach of contract to an employment tribunal.

However, Employment Judge Claude Forde dismissed his claims and concluded that the Covid rules regarding the brewhouse were ‘unmistakably’ mandatory rules.

It was bought by the Carlsberg Marston’s Brewing Company for a reported £4m in 2017, and shut in December last year.

Judge Forde said: ‘I find that the information set out in the [June] email contained rules that were clear and unmistakable in terms of their intention and purpose. 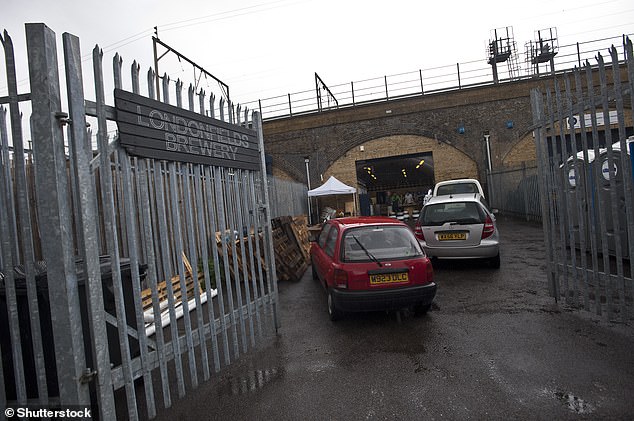 The LFB (pictured) is located under railway arches, boasts a 15-hectolitre (1,500 litres) brew kit, has a 3,000 hectolitre (300,000 litres) onsite capacity and, in 2011, was the first commercial brewery to open in Hackney in over a century. It was bought by the Carlsberg Marston’s Brewing Company for a reported £4m in 2017, and shut in December last year

‘Staff working at LFB on the night in question for whom Mr Entwistle had responsibility were alarmed and concerned at his actions; such that they raised their concerns with those that manage him.

‘I find that the acts of Mr Entwistle while in the brewery and in the days after amount to a clear and substantial breach of the contract of employment.

‘His decision to contravene the rule regarding unauthorised entry to the brewery, his failure to have regard to the health and safety of his fellow employees and his attempts to post-rationalise his action after the event are all serious matters.

‘In other words, his actions – as I have identified individually and cumulatively – amounted to gross misconduct.’

The London Fields Brewery was shut down by Carlsberg Marston’s Brewing Company in December last year after it decided to sell the brand.