Cedric the Entertainer poked fun at Nicki Minaj’s vaccine comments while hosting the Emmy’s Sunday night, assuring viewers that he didn’t have the same reaction to the shot that the rapper claims her cousin’s friend did.

Minaj, 38, told her fans to think twice about getting the vaccine last week, alleging that the shot cost her cousin’s friend his fiancée.

‘My cousin in Trinidad won’t get the vaccine cuz his friend got it & became impotent. His testicles became swollen. His friend was weeks away from getting married, now the girl called off the wedding,’ she tweeted on Monday to her 22.6 million followers.

Cedric, 57, said in his monologue that he didn’t suffer the same fate.

‘We’re all vaxxed. You had to get vaxxed to come here,’ Cedric said to applause from the audience.

‘I got vaxxed. I did not have a reaction like Nicki Minaj’s cousin’s friend, okay? I got Pfizer, you know what I’m saying? Because I’m bougie. That’s the Neiman Marcus of vaccines. Moderna, that’s Macy’s. Johnson & Johnson, that’s TJ Maxx.’ 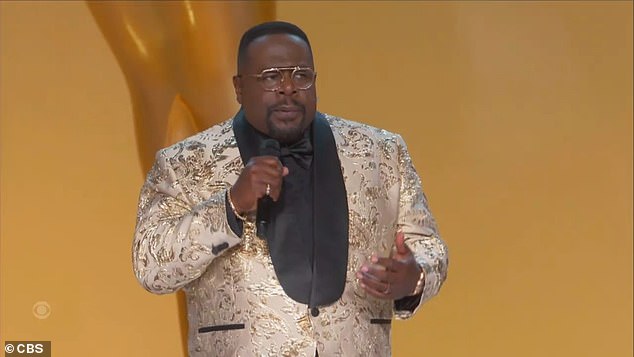 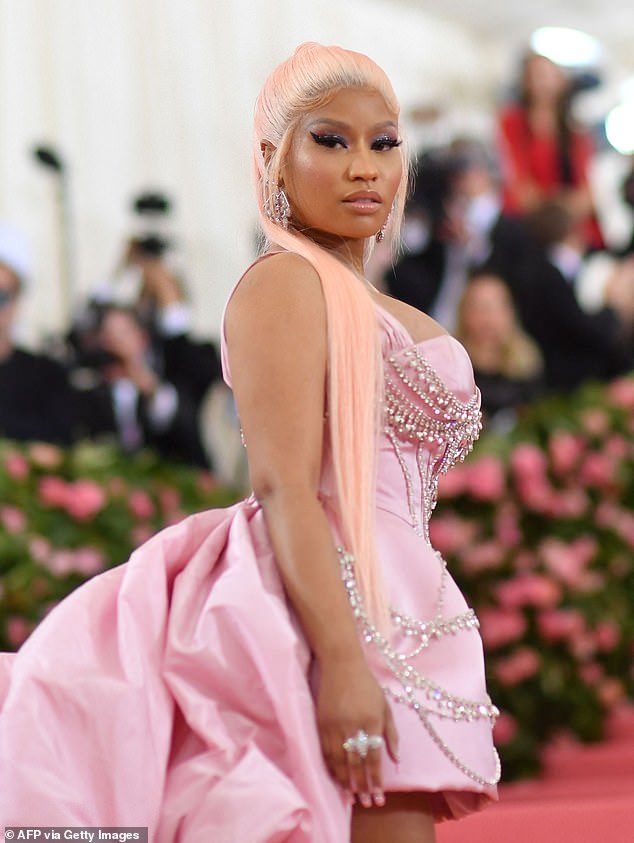 Minaj’s comments, which came after she revealed that she didn’t attend the Met Gala due to their vaccination policy, drew widespread condemnation from health authorities in the United States and in Trinidad and Tobago, where Minaj and her cousin, and presumably his friend, are from.

The island’s health minister, Terrence Deyalsingh, said the claim was false on Wednesday.

‘One of the reasons why we could not respond yesterday in real-time to Miss Minaj is that we had to check and make sure that what she was claiming was either true or false. Unfortunately, we wasted so much time yesterday running down this false claim.’

He said his department could not find evidence of something like that happening in Trinidad or ‘anywhere else in the world,’ according to the BBC.

‘I’m not blaming her for anything –  but she should be thinking twice about propagating information that really has no basis as except a one-off anecdote, and that’s not what science is all about.’

Minaj later said she would ‘recommend’ that people get the vaccine if they need it to work and that she will probably get one before going on tour again.

Minaj also alleged that he became ‘impotent,’ causing his fiancée to cancel their wedding

On Sunday, Cedric also took jabs at Harry and Meghan, the Duke and Duchess of Sussex.

‘[Prince Harry] renounced his throne quicker than Eddie Murphy did in Coming to America,’ the comedian said, according to Fox News.

He alluded to Harry and his wife Meghan Markle’s interview with Oprah Winfrey in March, where they revealed someone in the royal family had raised concerns over their son Archie’s skin color.

‘Little Archie – they need little Archie. I mean Charles can’t dance, who else gonna teach them how to TikTok?’ 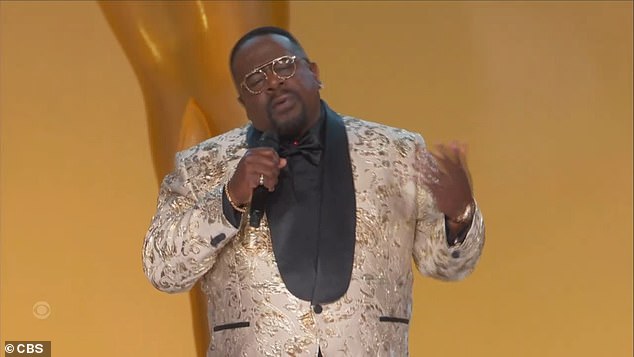 Cedric, who stars in CBS’s The Neighborhood, also made jabs about the Sussexes, saying that Prince Harry ‘renounced his throne quicker than Eddie Murphy in Coming to America’

Cedric stars on the CBS show The Neighborhood. He pointed out the racial diversity of this year’s set of nominees.

‘It’s a big job. It comes with a lot of pressure being black. Black people are like, “Yo Ced, you gotta give Martin Lawrence an Emmy man,'” he said.

‘The good news, there’s a lot of Black people nominated tonight like my dawg Anthony Anderson. It’s his 11th nomination,’ he said, adding that he was up against Jason Sudeikis for Ted Lasso and Michael Douglas for Kominsky Method.

‘Good luck partner. Look like it’s still hard out here for a pimp.’

He also joked about the chaotic search for a new host of Jeopardy!

‘Lock the doors, we’re not leaving until we find a new host for Jeopardy!’