Worcester Diocese was discussing its future plans with parishioners when the hackers began shouting "motherf***ers" repeatedly. 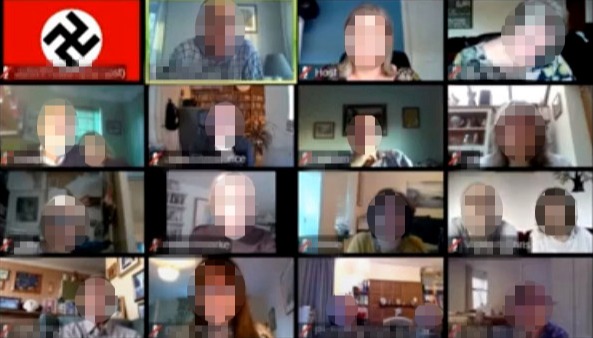 The stunned members were also told to "convert to Muslim" as X-rated images popped up of four men performing a sex act flashed up.

The Diocese has now apologised to parishioners who witnessed the "unpleasant and distressing" content.

A spokesman said: "We are currently running a series of meetings on Zoom to enable people from our churches across Worcestershire and Dudley to become involved in the future plans for our Diocese.

"Anyone is welcome to attend and although we keep a list, we don't always know all those who have signed up.

"Unfortunately at our meeting on Monday, several people were admitted who shared some offensive and disturbing content on both their profile pictures and in the chat line.

"We removed a number of people immediately, but one remained undetected and therefore we took the decision to end the meeting.

"As a result we have increased our security and changed our processes and are confident that all future meetings can go ahead without any further issues."

Church-goers are being asked to speak a member of the safeguarding team if they are "distressed" by what they saw.

There has been a string of "Zoom bomb" attacks since lockdown forced Brits to use the video app.

A virtual wine-tasting event in Manchester was hijacked by paedos flooding the chat with child abuse images.

Barnsley Council was forced to axe its online meetings after being bombarded with "pornographic invasions".

While a personal trainer's fitness class was taken over by two naked old men performing sex acts in Scotland.