Corbyn's 'toxic culture' at the heart of Labour before election defeat

Corbyn’s ‘toxic culture’ of chaos: Major report blows open disorder, doubts and infighting at the heart of Labour that ‘snowballed’ into one of its worst election defeats ever in 2019 – leaving party with a ‘mountain to climb’

Jeremy Corbyn’s disastrous leadership has left Labour with a ‘mountain to climb’ if it is to win the next general election after it was ‘unprepared’ for the 2019 campaign also hampered by the party’s toxic culture and flip-flopping over Brexit.

Labour Together, a group including MPs Ed Miliband and Lucy Powell, party members, union leaders and media figures, has investigated a crushing defeat it said was was ‘a long time coming’.

The group’s no-holds-barred report sets out the ‘political, organisational and digital’ failures which helped catapult Labour to its worst result since 1935, and while attempting to chart a path back to power, it grimly said the party ‘has a mountain to climb’ to win the next election.

The report said under Mr Corbyn, Labour had been ‘unprepared’ for an election, went in with ‘no clear message’, and ultimately with a complex manifesto, marked by a plethora of policy announcements seen as impossible to deliver.

‘There is a broad consensus across the Party – mirrored in the results from the survey of Labour members – that a combination of concerns about the leadership, Labour’s position on Brexit and Labour’s manifesto not being seen as deliverable damaged Labour’s chances in the election,’ the report said. 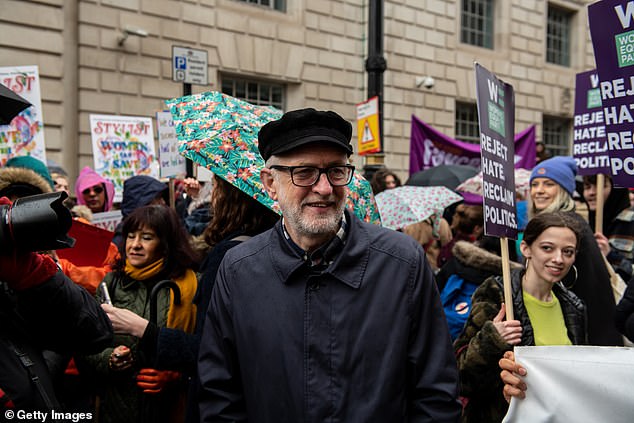 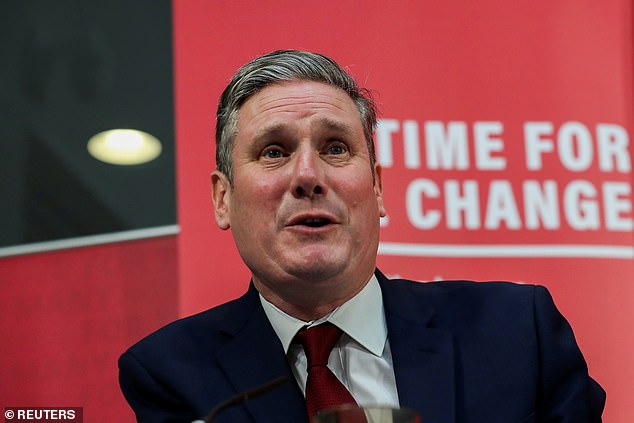 A change of leader to Sir Keir Starmer will not be enough to win another general election, the report warns

‘The Commission concludes that the weaknesses going into this election were interlinked, and indivisible. They catalysed long term trends between Labour and its voter coalition.’ 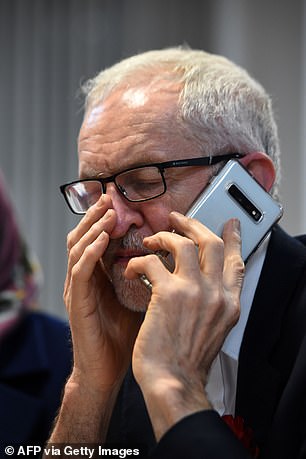 While saying the end of Brexit as a campaigning topic and a change of leader – from Mr Corbyn to Sir Keir Starmer – would not be enough to engineer a return to power at the next election, the report does point a finger at Mr Corbyn and issues under his leadership, including anti-Semitism.

‘Concerns about Labour’s leadership were a significant factor in the election loss in 2019,’ the report said.

”Stop Jeremy Corbyn’ was a major driver of the Conservatives’ success across all their key groups including previous non-voters, and among all the swing voters Labour lost to the Tories.

‘The very low poll ratings on leadership going into the 2019 election cannot easily be disentangled from the handling of issues like Brexit, party disunity and anti-Semitism.’

The group said various parts of the Labour organisation must accept their part in divisions which impacted on the party’s ability to ‘present a united front to the public’.

‘Our Party has spent substantial periods of the last five years in conflict with itself resulting in significant strategic and operational dysfunction, resulting in a toxic culture and limiting our ability to work effectively,’ the report said. 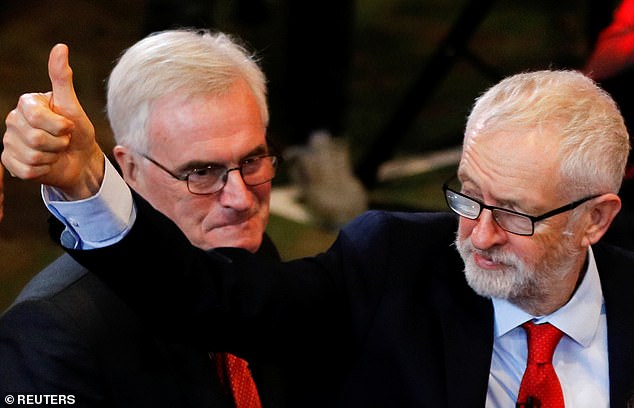 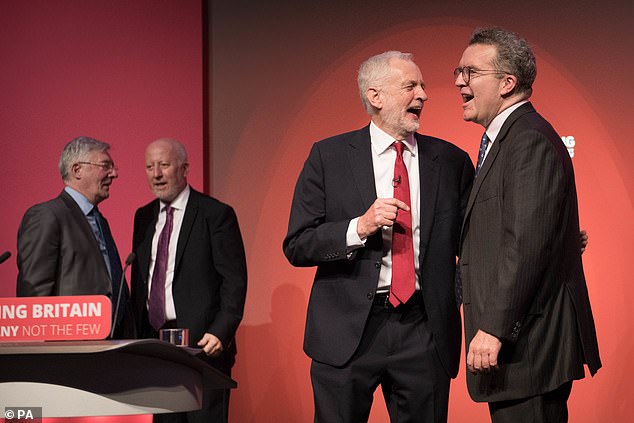 Labour failed to convince on Brexit, which was the defining issue of the 2019 campaign led by Mr Corbyn and his deputy leader Tom Watson

Labour Together said the party had also suffered from both inadequate revision and a shortage of planning ahead.

‘The absence of an objective open review of the 2017 general election loss was a key strategic error for Labour,’ the report said.

It added: ‘Labour went into the 2019 election without a clear strategy of which voters we needed to persuade or how.

‘Labour was unprepared for an election, with no clear message compared with our ‘For the many, not the few’ campaign in 2017.’

The report added Labour’s numerous policy announcements had ‘created doubts about their deliverability’, while a deficient media strategy ‘meant policies didn’t have time to land and left candidates poorly briefed’.

Labour was heavily outperformed by the Tories on the digital and social media front, with research for the review showing the Conservatives ‘invested heavily in digital’ and had far more success with organic shares of their messaging, while making ‘much better use’ of Facebook groups and other online forums.

By comparison, Labour activists were plagued by ‘crashing digital tools that created more work not less for candidates and campaign teams’, and by a lack of ‘best practice messaging’.

The review also showed Labour lost many voters due to Brexit, with more deserting the party before the referendum than in last year’s election.

Among recommendations, the group called for a ‘coherent strategy to build a winning coalition’ at the next election and ‘a renewed commitment to transformational economic change’ in Britain, rooted in a credible understanding in the ‘struggles of people’s lives’.

The report said Labour should build ‘a culture of inclusion and diversity, generosity and teamwork, not factionalism and patronage in the party’.

It also called for a ‘root and branch reform of our party organisation and structures, bringing it into the 2020s, so it connects better to the communities and voters that we seek to serve, including a wholesale transformation of our digital and online campaigning’.