Cord collectors and scavengers: inside the race to rescue hard rubbish

Pianos, sideboards and dining tables. Antiques. Washing machines. Hard rubbish season is upon us and, for the savvy bargain hunter, there are steals to be had. But there’s a risk that anything not reclaimed from the streets will be picked up by trucks and crushed on the spot for landfill.

Scavenging for hard rubbish gems isn’t new, but what is new is the online, concerted push to save working items from landfill. 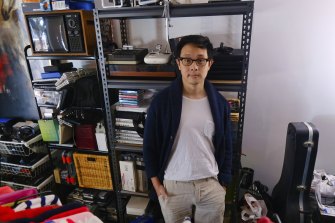 Chris Sim, a doctor during the day, picks through hard rubbish for up to 20 hours a week as a hobby and can make up to $5000 a month selling computer parts.Credit:Luis Ascui

Hard rubbish rescue groups have tens of thousands of followers in Melbourne, with members posting photos of particular finds and their locations.

Bucking the stereotype that all rubbish enthusiasts are down on their luck is 34-year-old doctor Chris Sim.

He says he can make up to $5000 a month from what he calls his “side hustle”, selling old computer parts he spends up to 20 hours a week hunting.

“With [hard rubbish] picking, opportunities are infinite. I can be an art dealer, an archaeologist, a PC technician and electronics recycler,” he said. 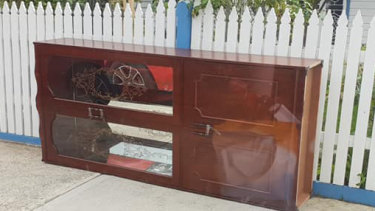 “I still practise as a doctor, but in a much more scaled-back role.”

But his hobby gives him much more than money.

Dr Sim said he was at a low point following the death of his father in Malaysia when he discovered picking on Facebook. It changed his outlook on life.

“The beauty of hard rubbish picking is that you can be nobody, free from societal expectations,” he said.

“I can be myself while treasure hunting, relying on my survival instincts to get ahead. Now that is empowerment.”

Generally speaking, councils discourage people from scavenging for hard rubbish on safety grounds; some have local laws to threaten people with fines.

In Darebin, anyone picking up hard rubbish could be hit with a $300 fine (although the council didn’t fine anyone last year). Scavengers who litter can be slugged $660 in the City of Port Phillip, while there are no local laws preventing the practice in the City of Melbourne. 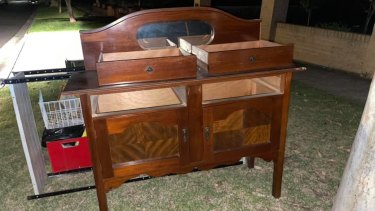 One woman said she had discovered a bag full of used syringes while scouring a nature strip and warned others to be careful while collecting.

What happens to the hard rubbish put out for collection depends on where you live.

In Moreland, waste management collectors scour the streets for electronic goods, scrap metals, mattresses and fridges to take for sorting and recycling. However, everything else – couch sets, antiques, tables and building rubble – is picked up and crushed.

A City of Melbourne spokesperson said hard waste collected in that municipality was transported to a local sorting facility, where metal, mattresses, wood and e-waste were recycled.

Port Phillip Council collects about 150 tonnes of hard and green waste, and 60 tonnes of dumped rubbish every month.

Mayor Louise Crawford said by having separate pre-sorting collections, the council was able to achieve an overall recycling recovery rate of 60 to 70 per cent.

Meanwhile, Yarra Council has a hard waste crew that collects some hard rubbish items, including whitegoods, electronic waste and mattresses, to be reused or recycled.

Yet, despite these programs, Facebook groups are springing up to deal with the massive amounts of hard rubbish still being crushed. 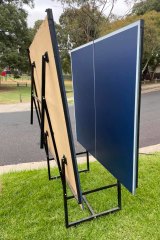 “There’s a real divide of what we think happens with rubbish and what actually happens,” she said.

For some, collecting hard rubbish pays the bills. Cord cutters go from nature strip to nature strip, removing cables from electronic goods, mainly for the copper.

While it’s infuriating for someone wanting to take home an otherwise functional electrical item, its defenders point out those goods should be donated to charity shops anyway.

Daniel Way, an unapologetic copper collector, says he can make an average $2.65 a kilogram, collecting an average 100 kilograms a day.

“Cord food [money] pays the fuel bills and yes it’s worth it,” he says. “I’ll also add that many, many pensioners just do cords and nothing else, they will cut every little cord. [It’s the] difference between cat food or steak for dinner.”

He operates by a strict code, only cutting cords on Mondays — often the last day before collection — and never cutting cords from audio gear, sewing machines or vintage turntables. He considers fans, heaters and irons fair game.

Dr Sim uses the hours spent walking nature strips to philosophise on the parallels between discarded objects and our lives.

“People devalue objects by throwing them out, and assign value by buying them,” he says.

“Some people look down on me because I collect ‘junk’, yet society idealises my role as a doctor.”

Stonnington Council did not respond to The Age’s questions by deadline.

Our Morning Edition newsletter is a curated guide to the most important and interesting stories, analysis and insights. Sign up here.