They’ve cracked the case! Cunning fox is caught stealing a box of eggs left on a doorstep

It sounds like something straight out of Roald Dahl’s Fantastic Mr Fox.

CCTV footage taken from outside a family’s home has caught a fox stealing a box of eggs left on the doorstep.

The fox was discovered after Helen Greenwood, from Leeds, set up a camera in an attempt to catch the thief who had stolen three lots of eggs. 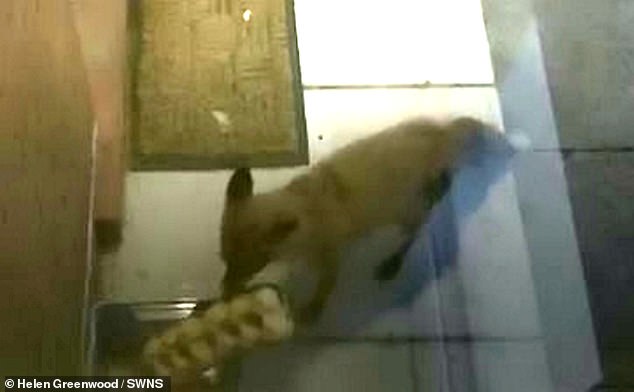 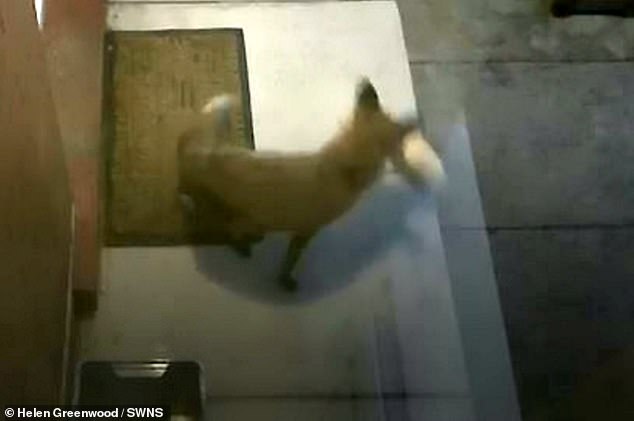 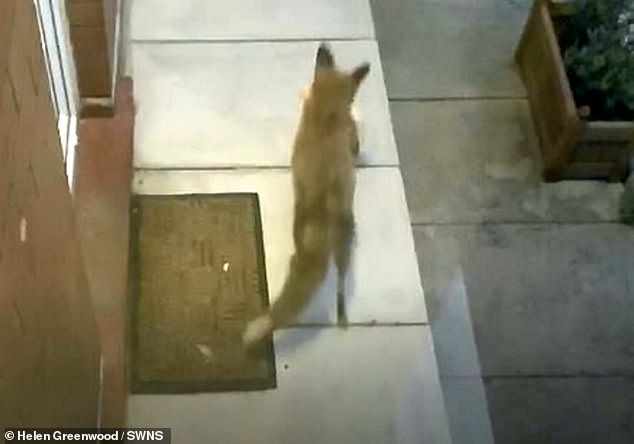 The cunning fox, having secured its ill-gotten gains in its mouth, nonchalantly strolls away to enjoy them

Mrs Greenwood, a charity worker, had been having milk and eggs delivered by a milkman since the lockdown started.

In the video, the animal is seen approaching the box of 12 eggs, which was nearly the length of its body, before whisking it away.

Mrs Greenwood, a mother of two, said: ‘We got a clip of the milkman delivering the milk and eggs, carefully placing them in the box on our step.

‘And then a while later, there was a clip of the cunning fox stealing them, and then another clip of the fox coming back to check if there were any more.

‘It’s slightly annoying to have lost our eggs, but it’s satisfying to have solved the mystery and it gives us something to laugh about in the current climate.

‘Maybe it’s an example of how wildlife is reclaiming the city during the lockdown.’

She said she will leave the milkman a container with a lid to put the eggs in, adding: ‘I think we will have to be a bit cunning to trick this particular fox.’