Hero just for one day: How David Bowie saved friend and fellow rocker Peter Frampton from a burning plane

David Bowie once picked his guitarist and old school friend Peter Frampton up and carried him out of the smoke-filled cabin of his private plane.

In a memoir due to be published in October, rocker Frampton, 69, reveals Bowie – a ‘lovely man’ who he first met when they went to school together in Bromley, south east London – saved him twice.

Bowie chose his old friend to play the guitar on his 1987 Glass Spider World Tour and album as a broke Frampton struggled to launch a career comeback, The Sunday Mirror reports.

The second, more dramatic encounter, was as the pair settled down in the cabin of one of the private planes used to cart the musicians between venues.

As the crossed the tarmac smoke began billowing into the cabin, causing a shocked Bowie to leap out of his seat and shout ‘Smoke, Smoke’, Frampton says. 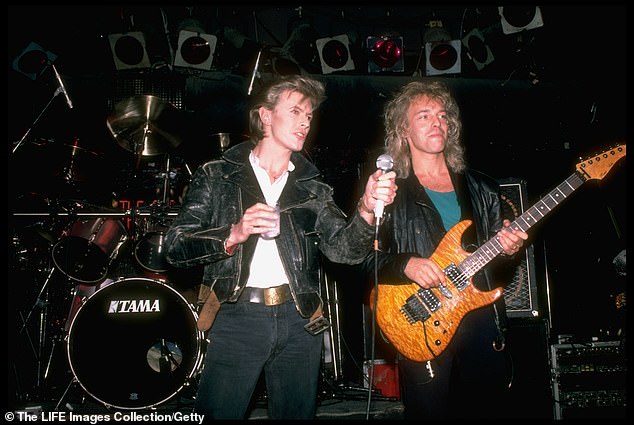 In a memoir due to be published in October, rocker Frampton, 69, reveals Bowie (pictured performing together in 1987) – a ‘lovely man’ who he first met when they went to school together in Bromley, south east London – saved him twice.

‘The pilot stops and Dave literally lifts me out of my seat and carries me down the chute,’ he added.

‘I will never forget that. He coulda ran out but he wanted to make sure I was okay.

‘That was the kind of guy he was with me, and in general. He was a lovely man.’

Frampton joined Bowie for the show – which is described as ‘the biggest live spectacle of his career’ by Ultimate Classic Rock – eleven years after the hit album Frampton Comes Alive! sold eight million records.

By 1987 Frampton’s career was at rock bottom when Bowie introduced him back into the industry. 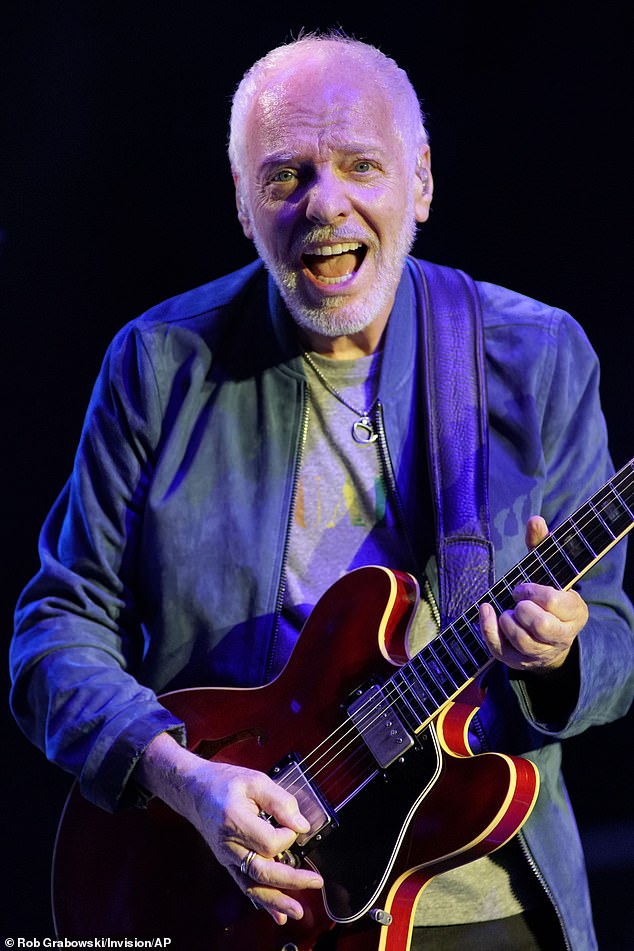 Bowie chose his old friend to play the guitar on his 1987 Glass Spider World Tour and album as a broke Frampton (pictured in July 2019) struggled to launch a career comeback, The Sunday Mirror reports

While Bowie died in 2016 aged 69 from liver cancer, Frampton is suffering from a muscle disease called inclusion body myositis.

Last year Frampton revealed the incurable condition came on subtly, starting around eight years ago when he found his legs couldn’t handle a hike as easily as before.

‘At first I thought, “I’m just getting old!”‘, he told People Magazine. Over the next few years, with a series of falls on stage, he realized ‘there’s a problem.’

As well as writing four albums in 12 months, he said he even sleeps with the guitar he used to write Baby I Love Your Way. 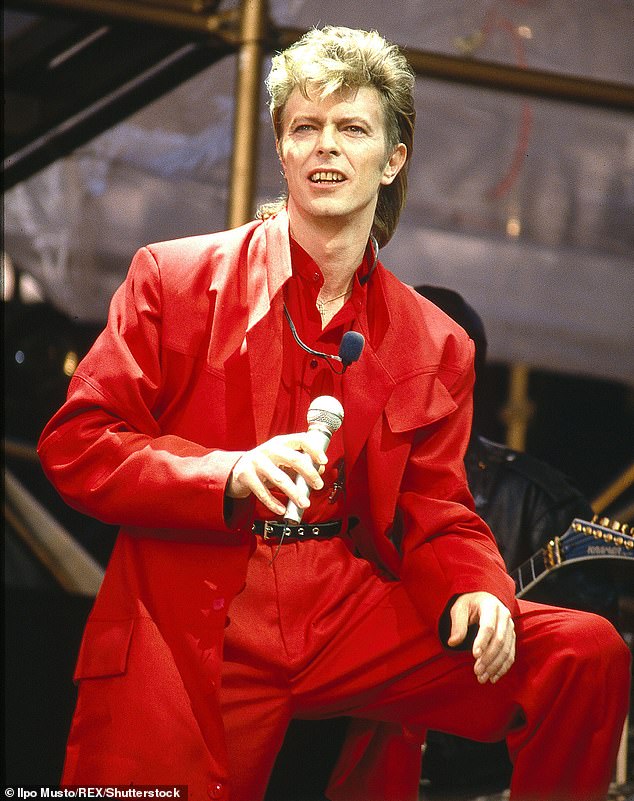 He said: ‘I hope I’m still writing lyrics and playing a new riff, if I can, when I’m on my last legs. Because that’s what my life’s all about.’

Frampton, who ended his career with a farewell tour last June, is now embarking on a clinical trial with Johns Hopkins to test a drug that, scientists hope, may stave off the effects of IBM.

Frampton, fortunately, has not been affected in his throat, like 50 percent of sufferers, meaning he can still speak and sing, though his wrists, fingers, arms, and legs are gradually weakening. 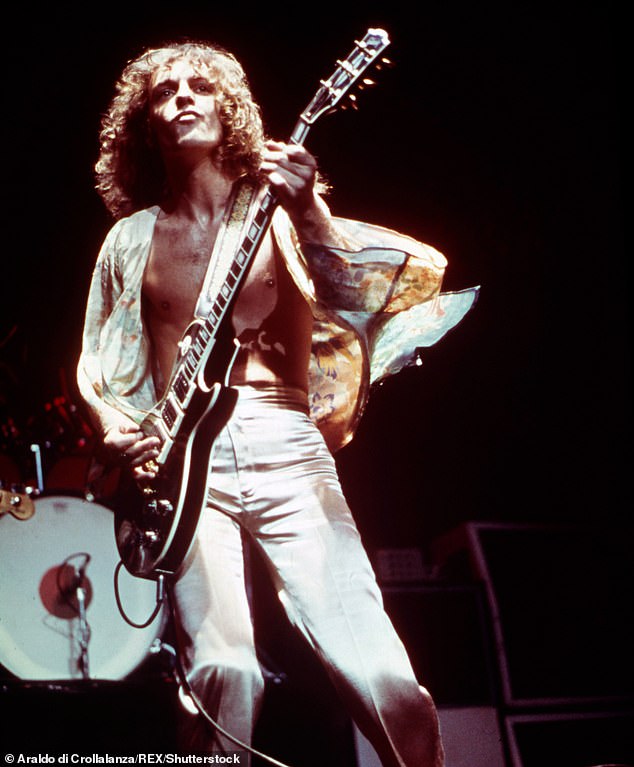 But, he said, he is staying cheery.

‘My cup is always half full. I’m very positive about it,’ Frampton said.

What is Inclusion Body Myositis (IBM)?

IBM involves the inflammation of the muscles and affects associated tissues – such a blood vessels.

It’s a non-fatal but incurable disease that can severely demobilize a sufferer.

Unlike in other inflammatory myopathies, the heart and lungs are not affected in IBM.

Frampton found modest success in Britain in the 1960s with his teenage band, The Herd, followed by a number-one single with Humble Pie, a band he co-founded with Steve Marriott of Small Faces.

However, the Kent-born virtuoso conquered the US as a solo performer after his blockbuster fifth album Frampton Comes Alive spent ten weeks atop the album charts.

Though, in the album’s wake, commercial success proved hard to come by for Frampton.

The title track of his follow up album, I’m In You, managed to reach number one, but the decade that followed was plagued by a series of misses and flops.

According to Frampton, it wasn’t until Bowie reached out to him that his career saw a resurgence.

His triumphant return from 10 years of darkness is the inspiration behind his positive mindset as his battle with IBM intensifies, Frampton says.

‘I’m think of all the times in my life that something devastating has happened to my career, or in my family, or [to] me,’ he said to CBS. 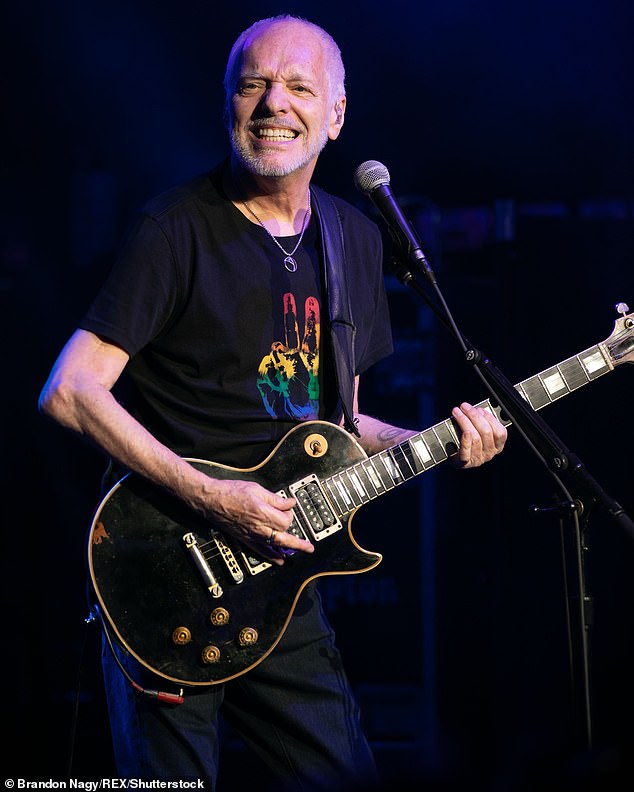 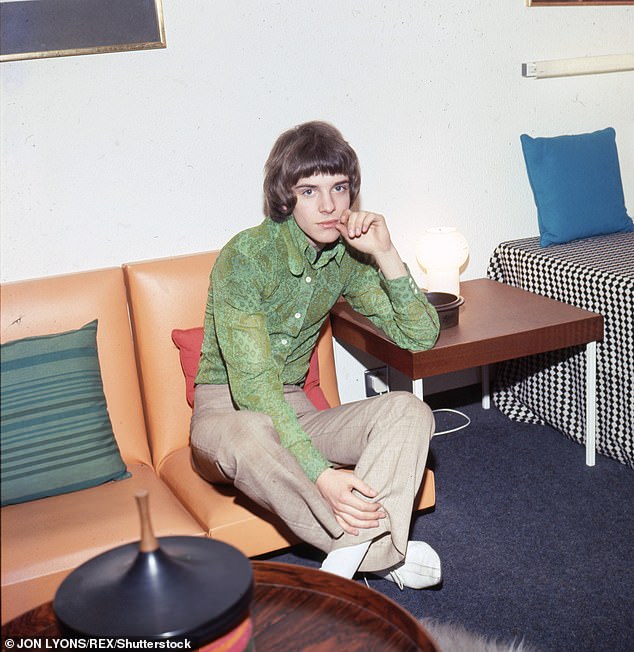 The Kent-born virtuoso conquered the US as a solo performer after his blockbuster fifth album Frampton Comes Alive spent ten weeks atop the album charts. Pictured: Frampton in 1968

‘I’ve brushed myself up and changed directions.’

Frampton admitted he hesitated to tell his children, who, though were initially devastated by the news, have provided an incredible network of support for him over the past few years.

If the Johns Hopkins trial works, he promises there will be a global ‘miracle tour’ to celebrate his successful recovery.