A delivery driver was caught on camera casually walking into a care home whilst not wearing any form of personal protective equipment (PPE).

The man was not wearing any gloves or face mask as he carried a package in to the Bupa care home in Kensington, West London.

In the video, he is seen ringing the doorbell of the care home before walking inside, even though the home has a sign outside saying no visitors. 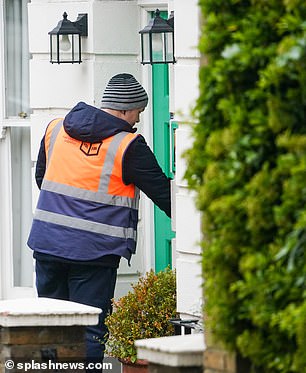 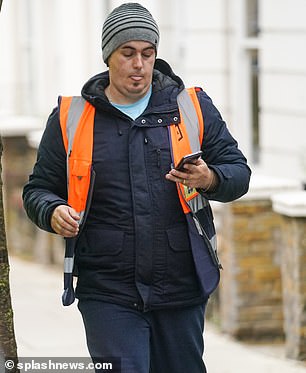 CCTV footage captures a delivery man ringing the doorbell of a Bupa care home in Kensington, Wset London, before he walks into the building without any PPE

The driver, who appears to work for delivery firm Fast Despatch Logistics – according to the logo on his jacket – is then seen leaving the home before he walks back to his vehicle.

By going into the home, he appeared to have ignored a sign which said that visits to Bupa homes had been suspended since March 21 because the coronvirus crisis.

A Bupa spokesman said the firm’s care homes are still accepting essential deliveries which are cleaned with antibacterial wipes before being handed to recipients.

Fast Despatch Logistics could not be reached for comment.

Care homes have become central to the coronavirus crisis in the UK after it was revealed that the Office of National Statistics were not previously counting coronavirus deaths outside of hospital.

Initially government figures were solely those who died in hospital.

But on Wednesday, the government added a further 4,000 deaths in care homes and the community. 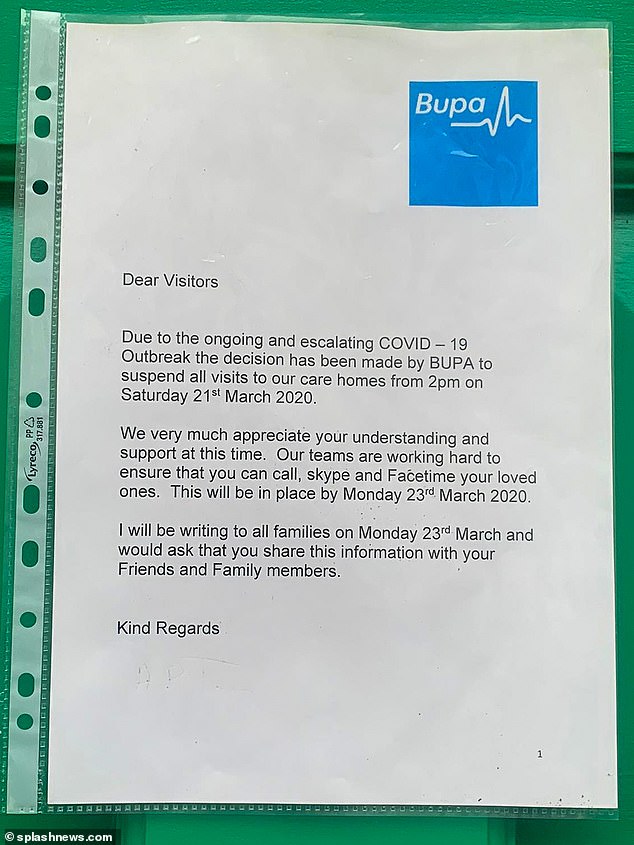 On Saturday, the UK announced another 621 coronavirus deaths, taking Britain’s official fatality toll to 28,131 – edging the country closer to becoming the second worst-hit nation in the world.

Officials also recorded another 4,806 cases, with more than 180,000 Britons having now been infected since the crisis hit the UK in February – but a lack of testing means potentially millions of cases have been missed.

Communities Secretary Robert Jenrick revealed the figures – which do not provide a breakdown of how many deaths occurred in different settings, such as hospitals or care homes – at tonight’s Downing Street press briefing.

But at least 370 of the fatalities occurred in hospitals because NHS England reveals new deaths recorded by trusts every afternoon. 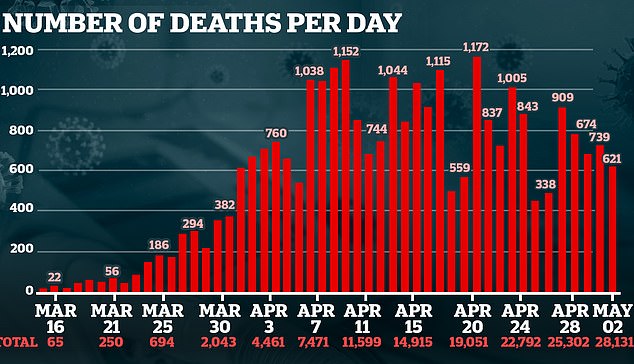 HIDDEN EPIDEMIC OF CORONAVIRUS IN CARE HOMES MAY HAVE COST 4,000 LIVES, EXPERTS WARN

A ‘hidden epidemic’ of coronavirus in care homes may have cost 4,000 lives, experts warned last night.

They believe deaths are being hugely under-reported because of a lack of testing.

GPs are also sometimes reluctant to write COVID-19 on death certificates and figures from care homes are not included in the official daily toll.

The latest report from the Office for National Statistics says the virus killed 217 care home residents in England and Wales up to April 3.

But industry figures say the true count is much higher – potentially 4,000 since the outbreak started.

Campaigners and MPs warned yesterday of an ‘unfolding horror’ that could end up with tens of thousands of forgotten victims.

Ministers face urgent calls to get a grip and get virus tests for all staff and residents with symptoms, more protection gear and a Cabinet minister to deal with the crisis.

Health Secretary Matt Hancock last night pledged action on testing and is also expected to outline a plan to address the crisis in a social care strategy.