A detective who admitted gross misconduct after failing to properly investigate claims a schoolgirl was raped by multiple men in Rotherham in 2007 has avoided the sack.

Dc Ian Hampshire made the admission at the start of a two-day police misconduct hearing in Sheffield today, but was allowed to keep his job after the panel said he should not be held personally accountable for the ‘systemic failings’ of South Yorkshire Police.

He will be given a written warning rather than be dismissed after it was heard his conduct in relation to the girl was part of a much wider failure by the force to deal with child sexual exploitation (CSE) in the town at the time.

The 2014 Jay Report shocked the nation when it detailed how at least 1,400 children were raped, trafficked and abused by gangs of men of mainly Pakistani heritage between 1997 and 2013.

The report criticised the lack of action by police and social workers and provoked a wave of resignations and further inquiries.

Campaigners have demanded that officers who ignored the sexual abuse of underage girls by grooming gangs be named and shamed, after a leaked report failed to identify a key investigator in the scandal.

The police watchdog also upheld a complaint last year that a chief inspector admitted to the father of a victim that abuse was ignored due to fears of increasing ‘racial tensions’.

Dc Hampshire, who has 23 years’ service with the force, is understood to be the first officer to face a disciplinary hearing following the CSE scandal in Rotherham. 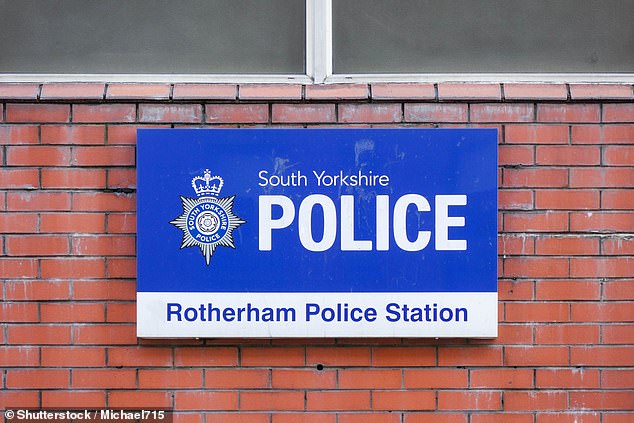 A Home Office review into the blight of child grooming gangs has found offenders come from a diverse background – but poor data collection failed victims as it did not include characteristics including ethnicity.

Home Secretary Priti Patel laid bare her disappointment into the investigation, which was sparked by Rotherham, Rochdale and Telford child abuse networks, themselves made up of men of mainly Pakistani origin.

The review was published following criticism that victims had been failed due to political correctness and fear of accusations of racism.

But Ms Patel said it had not been able to go far enough in her foreword to the findings.

The Independent Office for Police Conduct (IOPC) launched Operation Linden into police conduct in relation to the scandal – the organisation’s second biggest inquiry after the investigation into the Hillsborough disaster – but this report has not yet been published.

The hearing heard that the girl, who was about 16 at the time, made a series of complaints of rape to other officers during a police interview in May 2007.

But the allegations against Dc Hampshire related to further claims she made after he took over her case.

These included a claim that she was raped by a number of men on the night before she was due to be interviewed by Dc Hampshire and another detective about other alleged incidents.

She disclosed that she was plied with drink and taken to different addresses before waking up with man in a Rotherham park.

The hearing heard that Dc Hampshire made ‘good, positive first steps’ by taking the girl for a forensic examination and driving her around to see if she remembered where the recent attacks happened.

But he admitted that he later failed to progress the investigation and keep the teenager updated with what was happening.

Ed Pleeth, putting the case against the officer at the hearing, said the detective failed to take ‘basic steps that should have been immediately obvious to any police officer’.

Jason Pitter QC, for Dc Hampshire, argued that his client’s admitted failings in relation to the girl had ‘to be considered in the context of systemic failings within South Yorkshire Police at the relevant time’. 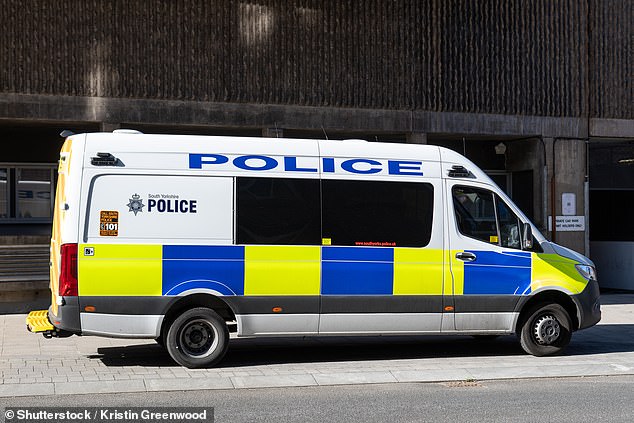 In 2014, the Jay Report shocked the nation when it detailed how at least 1,400 children were raped, trafficked and abused by gangs of men of mainly Pakistani heritage in the town between 1997 and 2013. The report criticised the lack of action by police and social workers and provoked a wave of resignations and further inquiries

He said Dc Hampshire was a trainee detective in 2007 and was operating in an atmosphere of high workloads and poor supervision.

Mr Pitter said his client has an exemplary record from the last 14 years, including being commended for another high-profile and complex investigation which involved dealing with child victims.

The barrister said there was a mindset in the force at the time which regarded complainants like the girl as having inappropriate relationships with boyfriends who showered them with gifts, which he said was ‘a failing culture in relation to offences of this nature’.

Mr Mallett said the panel concluded that the girl’s complaints ‘were not treated with the seriousness they should have been’.

He said the failings of South Yorkshire Police in relation to CSE in Rotherham at the time were ‘a matter of public record’.

He added that the panel accepted Dc Hampshire was working in a unit with ‘poor culture’, creaking workloads and with very limited supervision for junior officers.

He said this ‘affected the conduct of all the officers in the unit’ and that the detective was ‘one officer in a unit that seriously failed to protect the most vulnerable’, which was a matter of ‘enormous public concern’.

The chairman said Dc Hampshire’s leaders and supervisors ‘bore considerably more responsibility’ for these overall failings than he did.

He also accepted glowing references submitted on behalf of the officer, which referred to him as hard-working, diligent, professional, reliable and with a ‘close affinity with victims’.

A restriction preventing the reporting of the hearing was lifted today. 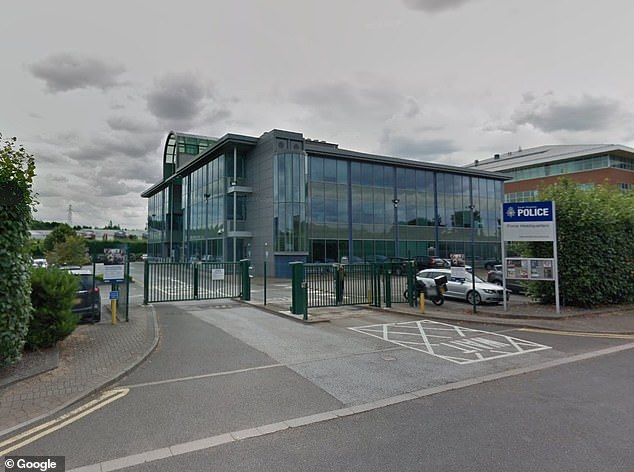 Dc Ian Hampshire admitted failing to properly investigate allegations made by a teenage girl that she had been raped by multiple men in the town in 2007, at the start of a two-day police misconduct hearing in Sheffield

South Yorkshire Police Assistant Chief Constable Lauren Poultney said: ‘Dc Hampshire’s actions in 2007 fell significantly short of what the public should be able to expect from a police officer.

‘Since the findings of the Jay Report, which led to this investigation, the force has taken huge strides in understanding and investigating CSE to ensure victims of a sexual offences can have confidence that, when they feel able to raise the alarm, South Yorkshire Police officers are ready to respond.

‘In recent years, we have delivered extensive training to all of our officers, partner agencies and businesses where there may be opportunities to spot CSE and intervene.

‘We have restructured our teams to reflect demand and to ensure specialist officers are well placed to address any emerging issues.

‘We have also worked with partner agencies to ensure appropriate reporting mechanisms are in place and anyone reporting a sexual offence is supported with compassion and professionalism.’

In December, a Home Office review into the blight of child grooming gangs found offenders come from a diverse background – but poor data collection failed victims as it did not include characteristics including ethnicity.

Home Secretary Priti Patel laid bare her disappointment into the investigation, which was sparked by Rotherham, Rochdale and Telford child abuse networks, themselves made up of men of mainly Pakistani origin.

The review was published following criticism that victims had been failed due to political correctness and fear of accusations of racism.

But Ms Patel said it had not been able to go far enough in her foreword to the findings.

Rotherham – The issue of child abuse in the town first came to light in 2010 when five Asian men were jailed for sexual offences against under-age girls.

Rochdale – The trial of nine men for grooming young white girls for sex attracted widespread public outrage and sparked a national debate when they were convicted in 2012.

The gang received jail sentences of between four and 19 years for offences committed against five girls – aged between 13 and 15 – in and around Rochdale between 2008 and 2010.

The case returned to the public consciousness earlier this year when the BBC broadcast its Three Girls drama based on the experiences of some of the victims. 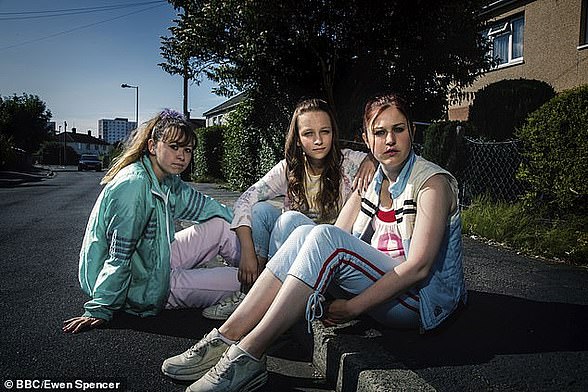 Newcastle – A total of 17 men and one woman were convicted of, or admitted, charges including rape, supplying drugs and inciting prostitution, in Newcastle last year.

Older men preyed on immature teenagers who were plied with cocaine, cannabis, alcohol or mephedrone (M-Cat), then raped or persuaded into having sexual activity at parties known as ‘sessions’.

The case raised huge controversy after a convicted rapist was paid almost £10,000 of taxpayers’ money to spy on parties where under-age girls were intoxicated and sexually abused.

Northumbria Police launched a major investigation after receiving information from social workers and initially spoke to 108 potential victims. Over the course of four trials, 20 young women gave evidence covering a period from 2011 to 2014.

Oxford – A group of men who abused teenage girls in a vehicle they called the ‘s**gwagon’ were jailed for a total of nearly 90 years in June this year.

The men – aged 36 to 48 – befriended vulnerable girls as young as 13 before plying them drink and drugs at ‘parties’ in Oxford.

The eight men – branded ‘predatory and cynical’ by a judge – were jailed for between seven and a half and fifteen years each.

Bristol – Some 13 Somali men were jailed for more than a total of more than 100 years after they were convicted in 2014 of running an inner city sex ring.

Victims as young as 13 were preyed upon, sexually abused and trafficked across Bristol to be passed around the men’s friends for money.

Aylesbury – Six men were jailed in 2015 for grooming vulnerable under-age white girls between 2006 and 2012.

The Old Bailey heard victims would be plied with alcohol and forced to perform sex acts for as little as ‘the price of a McDonalds’.

Peterborough – A total of 10 men were convicted of child sex crimes in the town, including ‘predatory’ restaurant boss Mohammed Khubaib.

He was jailed for 13 years at the Old Bailey in 2015, after he was found guilty of forcing a 14-year-old girl to perform a sex act on him and nine counts of trafficking for sexual exploitation, involving girls aged from 12 to 15, between 2010 and 2013.

Telford – Earlier this year, Telford became the latest town to become the focus of the now sadly familiar stories of abuse.

An investigation concluded that around 1,000 children could have been sexually exploited in the Shropshire town over a 40-year period, leading to calls for a public inquiry.