The female employee was on duty by the door of the Spar store in Preston, Lancs, when she appeared to be attacked by an angry shopper. 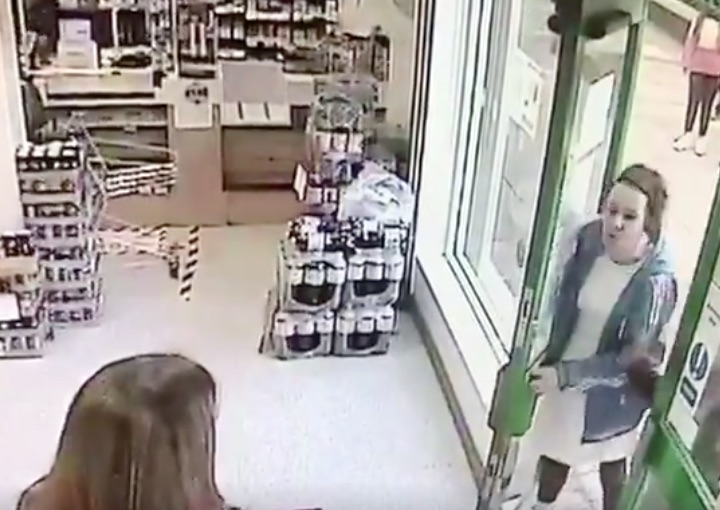 The store’s Twitter page said: “Trying to restrict numbers in our Plungington Road store, a group of individuals gathered drinking (not purchased from us) were denied access, the second lady spat in our supervisors face – what would have happened if a police officer was spat at? – we need support.”

Bosses uploaded footage of the incident to social media pages.

Lancashire Police said: “Hi – thanks for the tweet.  It doesn't matter who is spat at – it's disgraceful.  If you haven't done so already, please can you report the incident to us online here and we will look into it.”

The Sun has launched an appeal to raise £1MILLION for NHS workers. The Who Cares Wins Appeal aims to get vital support to staff in their hour of need.

The Sun is donating £50,000 and we would like YOU to help us raise a million pounds, to help THEM. No matter how little you can spare, please donate today here: www.thesun.co.uk/whocareswinsappeal.

The force has now launched an investigation to find the perpetrator and offenders who have been arrested in recent weeks for spitting at workers and emergency services staff during lockdown have been jailed.

A post on Preston police’s Facebook page said: “We are appealing for information after a worker was spat at in a Preston shop.

“Police were called around 6.45pm on April 23 to reports of an assault at Spar on Plungington Road.

“A group of men and women were queuing to enter the store when two of the women became abusive with staff.