SCIENTISTS have warned that an earthquake equal to hundreds of atomic bombs could hit California at any moment.

A study by the United States Geological Survey focused on the San Francisco Bay Area Hayward Fault outlines how the region would be affected by a magnitude 7.0 earthquake. 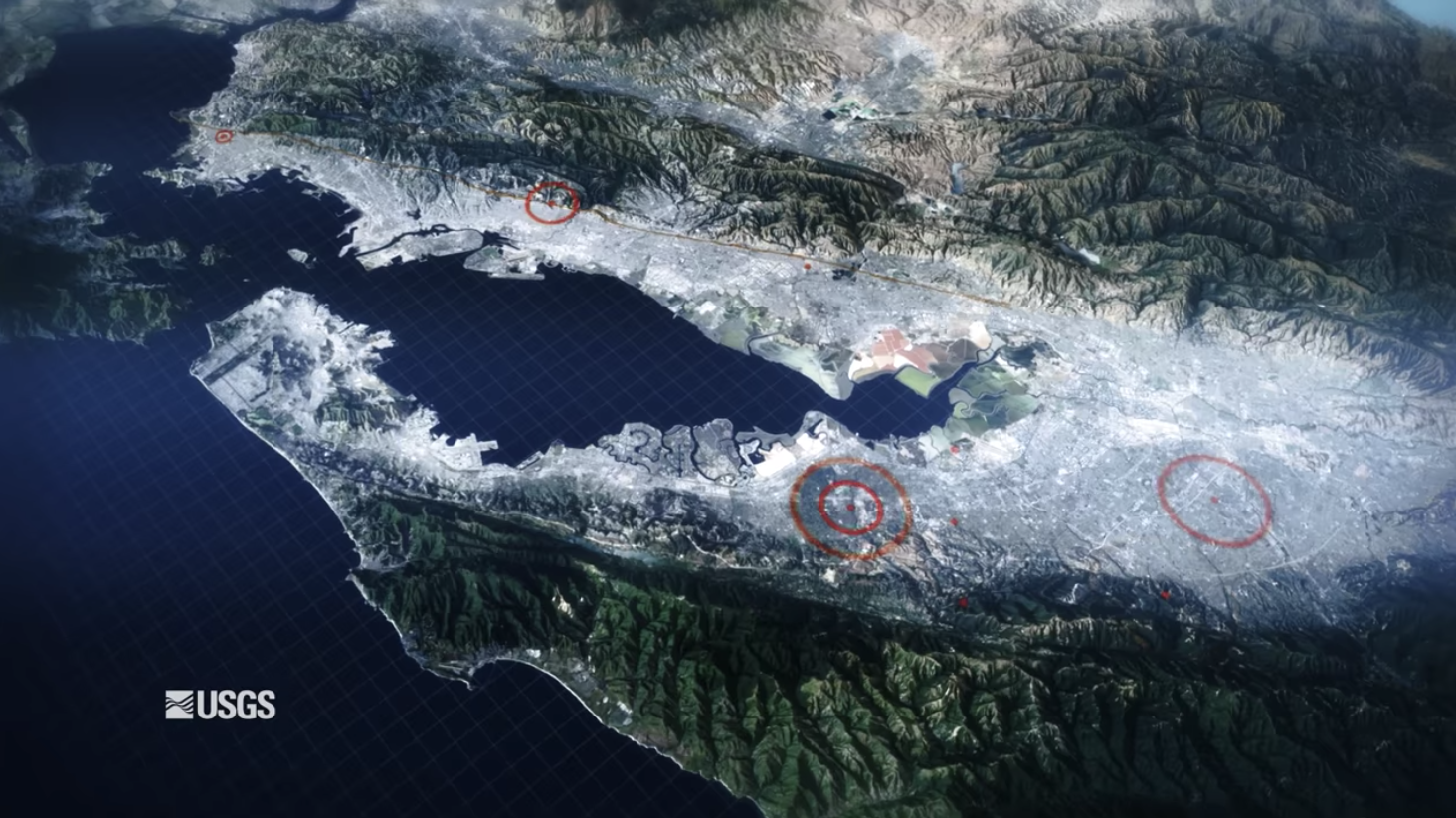 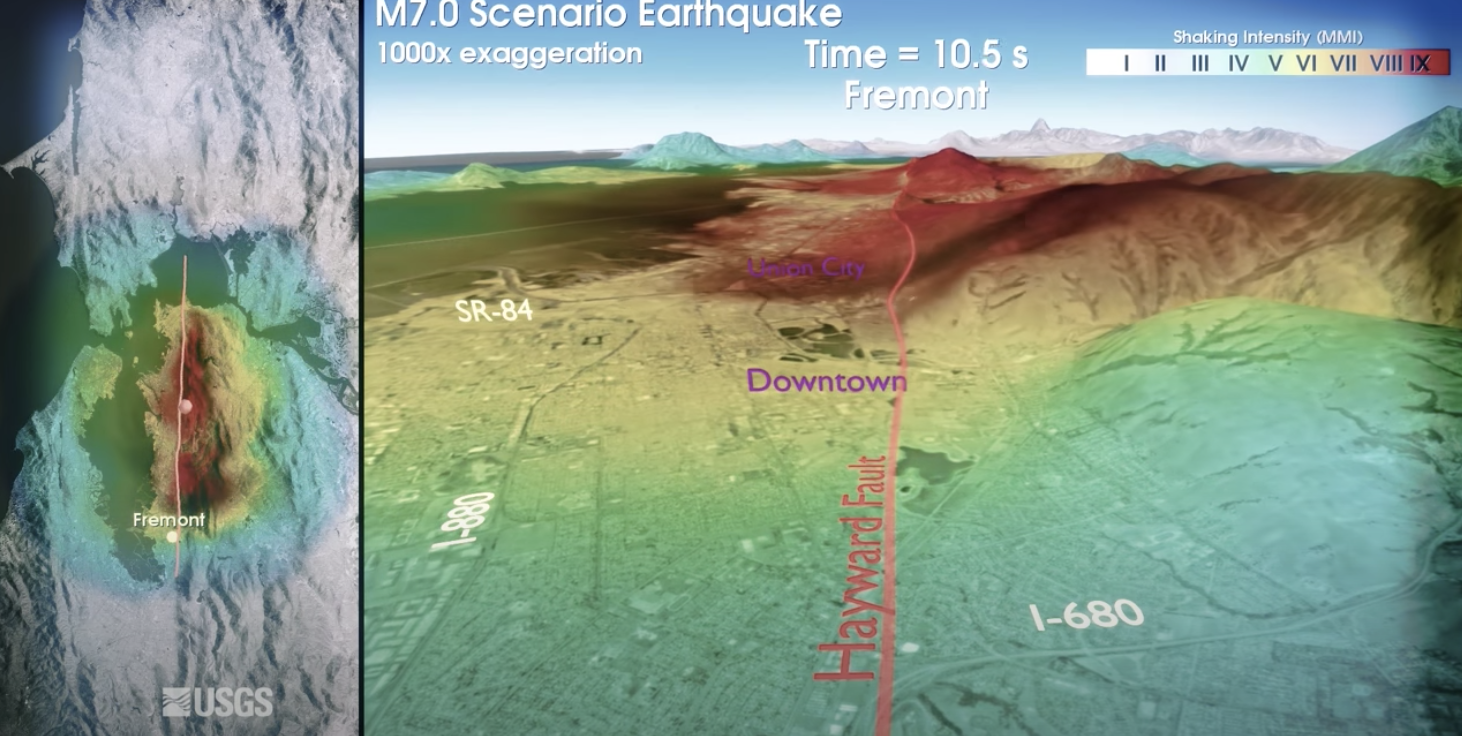 The Hayward Fault, which includes Fremont, Oakland, Berkeley and Richmond, is one of the most urbanized and dangerous faults in the country.

That's why experts have predicted that a large earthquake is coming.

The study says: "When the Hayward Fault raptures – the roads, the pipes, the wires, the things that connect everyone to people and places- will go HayWired.

My brother died on Everest, I want to bring him home, says Spencer Matthews

The USGS's analysis is based on the latest science, but experts point out it is not a prediction.

"A real earthquake on the Hayward Fault could occur at any time and may behave quite differently," the study claims.

The study's hypothetical scenario was set on April 18, 2018, with the earthquake starting at 4.19pm and the epicenter at Oakland.

It shows the rupture racing 52 miles along the fault towards Fremont and Richmond at a speed of 7,000mph.

In this scenario, "In Berkeley and Hayward, the ground shifts three to five feet ripping through buried pipes and wires."

According to the USGS Shake Map, shaking could last up to 30 seconds in certain areas.

The study continues: "Away from the epicenter, a warning arrives up to 25 seconds before strong shaking begins.

"Impacts and destruction are magnified by a cascade of hazards.

Moreover, 2,500 people would need to be rescued from collapsed buildings, while another 22,000 would be trapped in elevators.

Lack of firefighter water could turn some of the more than 400 fires into conflagrations, burning the equivalent of 52,000 single-family homes, according to the study.

In what could be the first major US earthquake in the age of the Internet, "every lifeline" would be disrupted to some extent, the study adds.

"Dozens of significant aftershocks and fault afterslip would cause additional damage, requiring repeated inspections and repairs.

The monetary losses would exceed $82billion, mostly due to "shaking, but also liquefaction and landslides.

Fires could cause an additional $30billion in damages.

Experts say the study "gives us a chance to envision our vulnerabilities and a chance to prepare."

"Acting now can save lives and jobs, businesses, neighborhoods and homes

While the Bay Area has invested billions in earthquake readiness, it's important to continue strengthening potential points of failure, infrastructure and buildings.

No one can predict exactly when the next huge earthquake will hit California, but experts agree that the Hayward fault should see one in the next 30 years.

However, a San Andreas fault earthquake, which would be much more devastating, is less likely. According to the USGS, there is only about a two percent) chance that such an earthquake could occur in the next 30 years.

END_OF_DOCUMENT_TOKEN_TO_BE_REPLACED

As Kim Kardashian, 41, denies she split from Pete Davidson, 28, due to his ‘immaturity,’ FEMAIL reveals how an age gap is the key to some of the strongest marriages in Hollywood Kim Kardashian, 41, and Pete Davidson, 28, called it quits after nine months  Age difference and comic’s ‘immaturity’ cited as a reason behind break up   FEMAIL looks at […]