Brits were shocked after being banned from the social media platform completely or given temporary suspensions after posting a photo of the English flag. 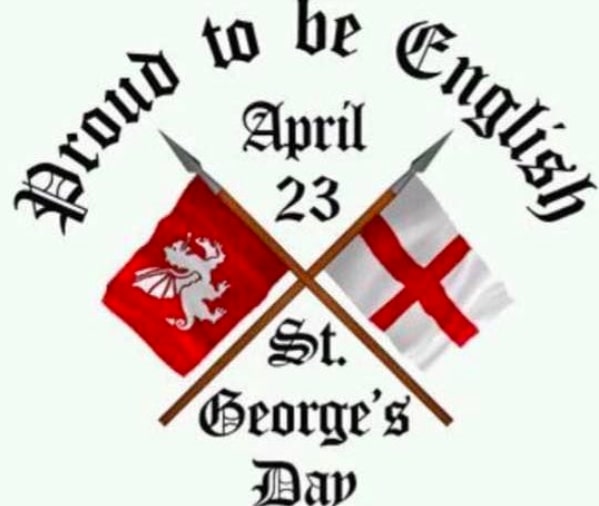 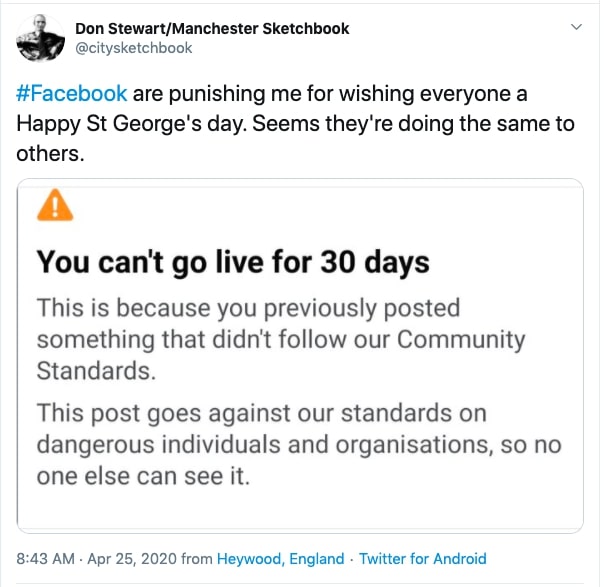 Many took to Twitter to voice their concerns, while other family and friends of recently banned members posted about their concerns on Facebook.

And Facebook today apologised for "any upset", saying: "Our team reviews millions of pages, posts and images each week and we occasionally make a mistake, as has likely happened here."

Just one furious woman blasted on social media: "My MOTHER got an email banning her and calling her racist from them for sharing that picture… on St George's Day.

"She's currently helping an elderly couple tidy their garden up so they can enjoy the weather."

Another wrote: "Facebook have been taking down St George's day posts and giving people bans. WHY!!!"

It appears that two images related to St George's Day were being taken down, one showing the St. George's flag, a red cross on a white field, crossing the White Dragon flag.

The words "Proud to be English" are then written next to the banners.

A number of social media users said they had been banned from using Facebook Live for 30 days.

Others claimed their commenting abilities revoked after sharing the image. 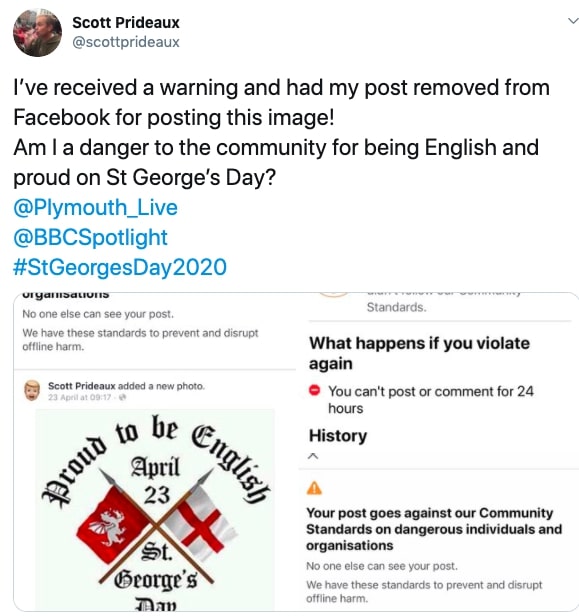 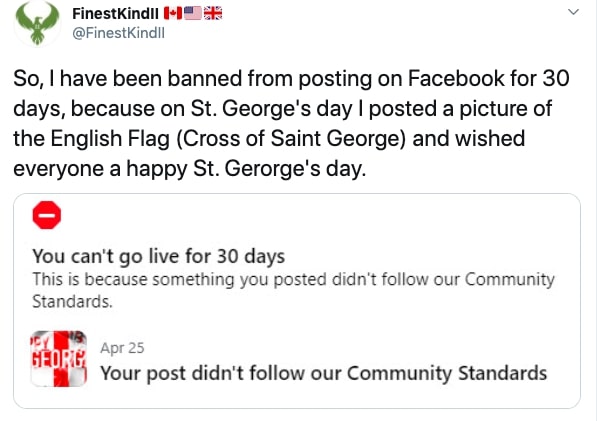 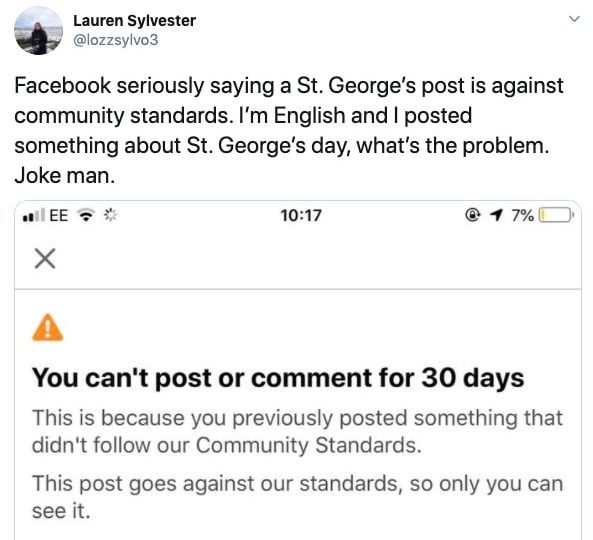 It comes after Brits were urged to fly the English flag at home to mark St George’s Day rather than go out to celebrate amid the coronavirus crisis.

And on the day itself, Brits put flags outside their houses and even dressed up their pets in red and white.

But many were instead left upset after their social media posts were flagged.

One wrote: "I've received a warning and had my post removed from Facebook for posting this image!

"Am I a danger to the community for being English and proud on St George's Day?"

They shared a screenshot showing a caution that read: "Your post goes against our Community Standards on dangerous individuals and organisations."

Another said: "So my mum shared a post about St George's Day… saying she's proud to be English.

"How is being proud of your country going against regulations?"

A third said: "Facebook are punishing me for wishing everyone a Happy St George's Day."

A Facebook company spokesperson said: "We’re investigating the pages brought to our attention by The Sun.

"Our team reviews millions of pages, posts and images each week and we occasionally make a mistake, as has likely happened here.

"We have removed any restrictions placed on the impacted accounts.

"We apologise for any upset caused."

The day is celebrated on April 23 each year – this is the date traditionally accepted of St George's death in AD 303.

According to legend, George was martyred for his faith under Emperor Diocletian in the early fourth century, and there is a major shrine dedicated to him in Lod, Israel.

The earliest legend that features Saint George slaying a dragon dates to the 11th century.