Transmission of a flesh-eating ulcer is projected to surge this summer in metropolitan Melbourne and coastal Victoria, as the state’s health department warns cases are being detected throughout Geelong.

The Buruli ulcer was already spreading further across the state, with cases emerging in new locations where it has never been detected before, Associate Professor Deborah Friedman, Victoria’s deputy chief health officer (communicable disease), confirmed in a public health warning on Wednesday. 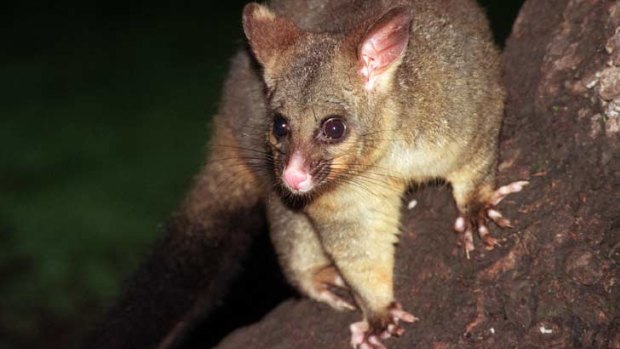 At least 266 cases of Buruli ulcer (also known as Bairnsdale ulcer) have been reported across Victoria this year.

Cases have been detected for the first time in Aireys Inlet and Geelong suburbs including Belmont, Highton, Wandana Heights, Newtown, Grovedale and Marshall.

Buruli ulcer is a skin infection caused by the bacterium Mycobacterium ulcerans. If it gets under the skin, it can grow and produce a toxin that melts skin cells and fat.

What starts as a painless swelling, similar to a mosquito bite, can grow over days and weeks and turn into a large pus-filled ulcer. If left untreated, the ulcers can require surgery or, in extreme cases, lead to amputation. The infection is most common in sub-Saharan Africa and Australia. 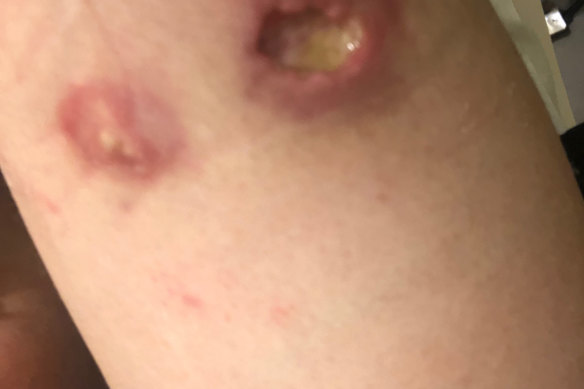 The Buruli ulcer on a patient’s arm.

Professor Tim Stinear, who heads a team studying the bacteria that cause those diseases at the Doherty Institute, said health officials expected the risk of the Buruli ulcer to rise amid increasing mosquito numbers in the warmer months.

Exactly how the Buruli bacterium spreads has long been a mystery, but experts this year revealed the evidence was fairly conclusive it was carried by both possums and mosquitoes.

A discovery a decade ago – revealed in a paper led by internationally renowned Buruli ulcer expert Paul Johnson – found that almost 40 per cent of ringtail possums in high-risk areas carry the bacterium.

Mosquito bites are a known risk factor for humans, and wearing insect repellent seems to cut the chances of developing an ulcer. Stinear has also studied rising infections of the disease in possums.

“Possums are what we call a wildlife reservoir that carry the bacterium, and they shed it in their fecal material,” he said. “They also get Buruli ulcers. So, what we’re seeing is that in areas where possums are carrying it and where humans are getting the diseases, mosquitoes are also carrying the bacterium.”

Stinear said it was thought about 1 per cent of mosquitoes carry the bacterium.

“It really just reinforces that mosquitoes are playing a role here,” Stinear said. “The message is not that we’re all going to be completely overrun with Buruli ulcer, [but] this is a slow, progressing epidemic in possums and now people, and really it’s about mosquito vigilance.”

Last year, the flesh-eating disease was reported in Essendon, Moonee Ponds, Brunswick West and Strathmore for the first time. Cases have also emerged in Melbourne’s south-east bayside suburbs, and in Frankston, Phillip Island and on the Mornington Peninsula. Experts tracking the disease say it is now endemic in inland Melbourne.

Victorian case numbers have steadily risen over several years. There were 227 cases reported for the same time last year, up from 165 detected in 2020.

Stinear urged Victorians to use insect repellent when they were outside and remove stagnant water from around their homes, to stop mosquitoes breeding.

“These simple things will have a big impact,” he said.

If people suspected they had a Buruli ulcer, they should ask their GP for a PCR test, Stinear said.

“This gives a quick diagnosis and means you get on the right antibiotics quickly and get a good outcome,” he said. “Buruli ulcer doesn’t kill you, but it can really disfigure or maim you if not treated properly.”

He also warned that the effects of rising transmission over summer might not emerge until winter or spring next year, due to the five-month incubation period and the weeks it took people to seek a diagnosis when an ulcer fails to heal.

Barwon South West Public Health Unit deputy director Daniel O’Brien said his team and CSIRO researchers were analysing new cases to inform the community and local doctors about where and how the ulcer was acquired.

“Although the exact mechanism of infection in humans is still under investigation, we do know that some precautions can possibly reduce the risk of infection,” O’Brien said.

The disease cannot be transmitted from person to person, and there is no evidence of transmission between possums and humans, the Department of Health said.