EXCLUSIVE: Forty guests attend extravagant Jewish wedding in middle of coronavirus lockdown – and mock police trying to break up party by offering them a BEER

Forty guests attended an extravagant Jewish wedding in the middle of lockdown this week and mocked police when they tried to intervene by offering them a beer.

Extraordinary footage shows the guests of Mimi Friedlander and Zevi Begal gathering in the garden of a large north London home.

They were treated to a luxurious meal laid out on long tables covered in white tablecloths, with orchids lavishly draped around the room.

The videos then captured the moment the police entered the premises to try and break up the party, only to be met by people offering them drinks and laughing. 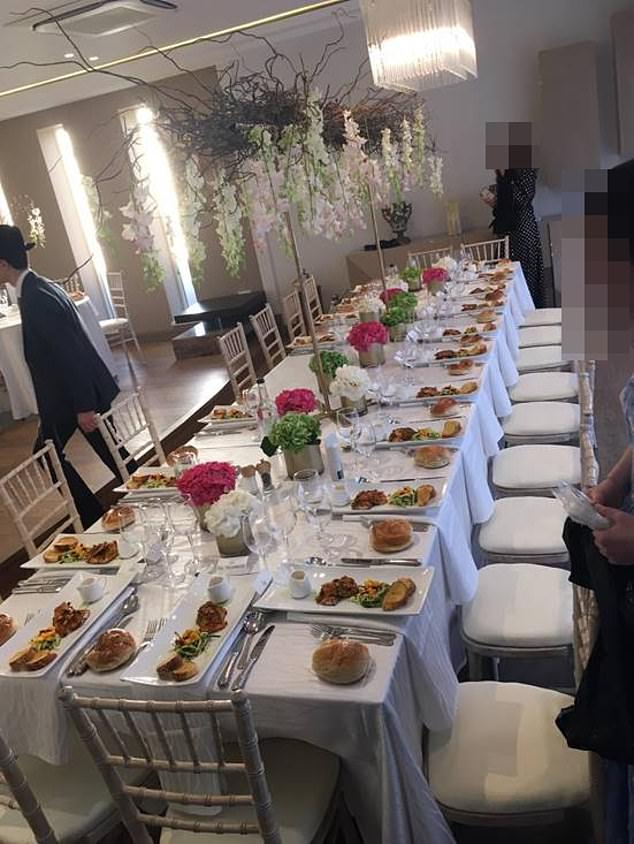 The top table at the wedding banquet alone had 20 seats positioned close together. Eleven were taken by members of the groom’s family, and nine by the family of the bride 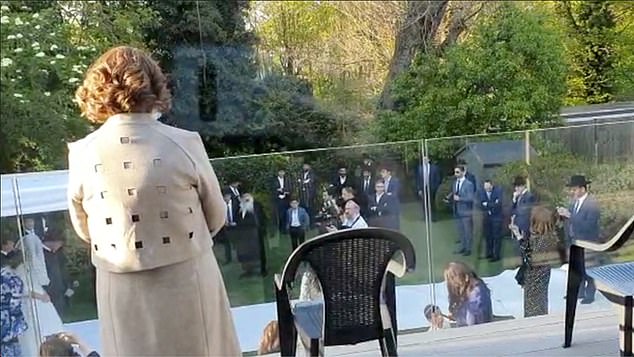 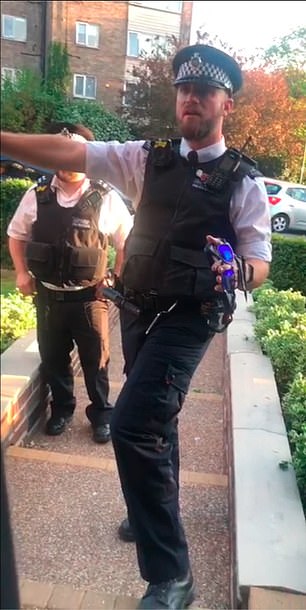 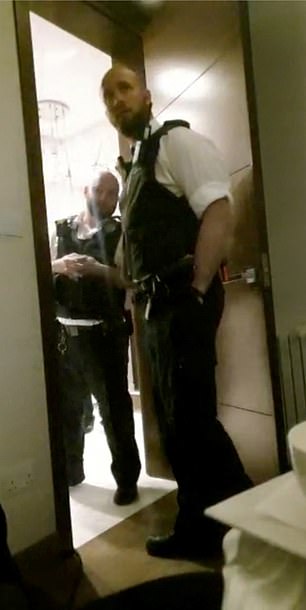 Officers attended the scene before the celebrations, left, and were told that no more than 10 members of the same family, which lived at the house anyway, would be there. Police went back a few hours later and found the party in full swing, right

Officers had already attended the property in Golders Green before the wedding, investigating complaints from neighbours about the gathering during lockdown.

But the owner of the property, Rabbi Doniel Kleiman, told police that the celebration was just for 10 members of the same family, all of whom lived at the address.

Footage from later that day shows a gathering of about 40 guests celebrating the strictly orthodox wedding in the garden, with a kosher feast set up inside.

Police officers returned at 9pm to find the party in full swing. In the footage, an officer is seen saying ‘I’m crashing the party’. A reveller then replies, ‘do you want to have a little drink? A beer?’ The policeman dismisses the offer out of hand.

Seeing that many guests had quickly left, the officer then says, ‘there are obviously loads of tables and chairs but not enough people,’ before adding, ‘I’m not happy with that, I tell you.’

A heated argument then ensued with police outside the house. No arrests were made but Met sources confirmed that one person was fined.

At about 11pm, the couple were filmed leaving to sounds of raucous whoops and cheers from their guests, driving past a police van parked outside the house.

One onlooker told MailOnline: ‘It’s a despicable thing for the Jewish community in general and the actions of a small number has given us all a bad name.

‘Judaism holds life in such high regard and I can’t understand why this has happened.’

The audacious wedding was hosted by Rabbi Kleiman at his home in Bridge Lane, Golders Green. Rabbi Haim Halpern, a well-known religious leader, recited a blessing under the wedding canopy. 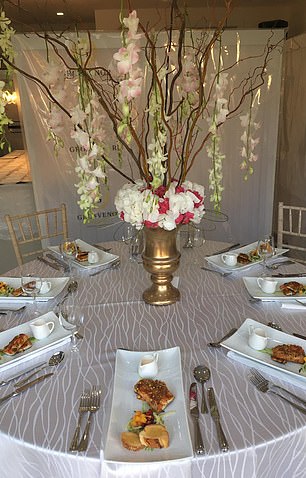 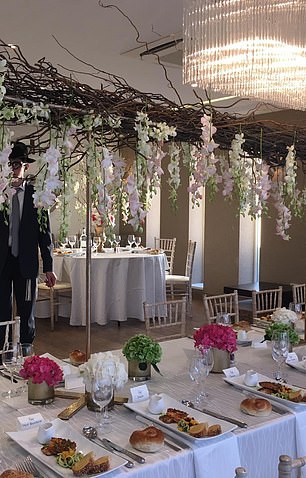 Lavish decorations had been put in place for the celebration, which took place in lockdown 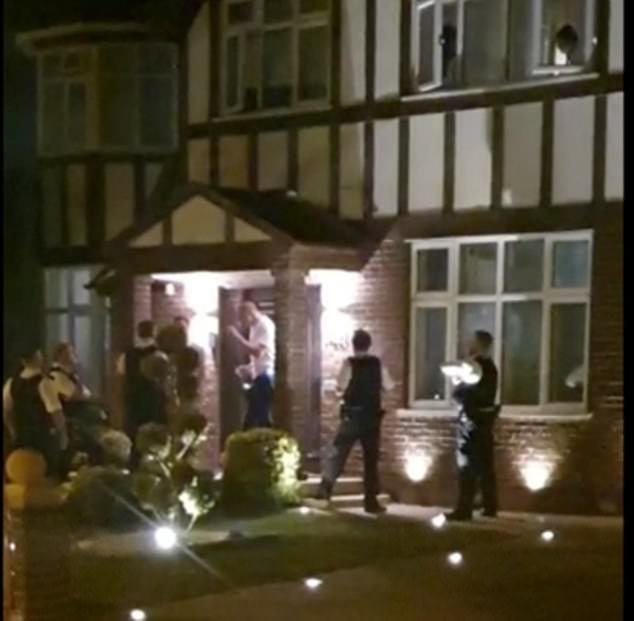 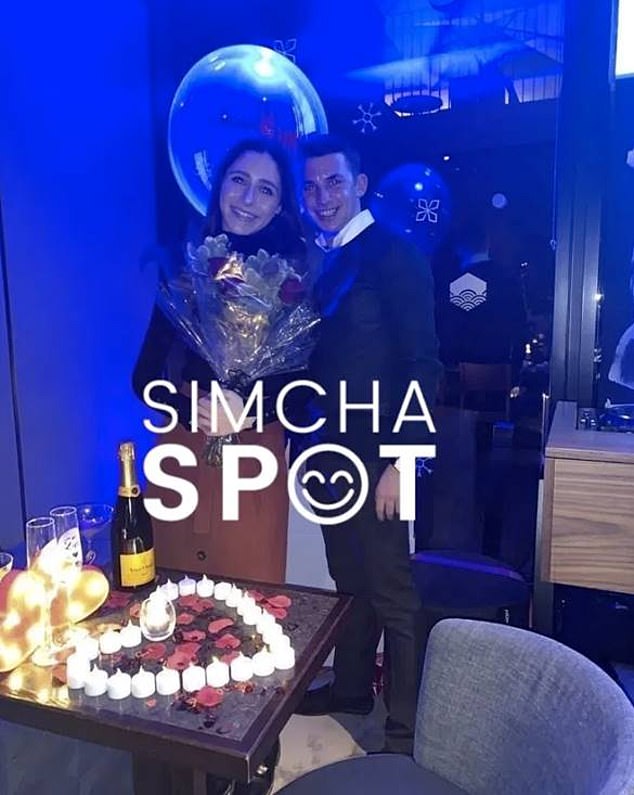 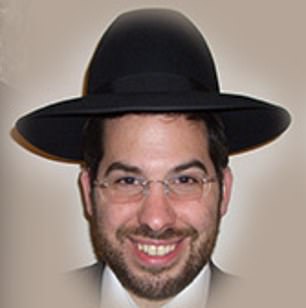 At the banquet, the top table alone had 20 seats positioned close together. Eleven were taken by members of the groom’s family, and nine by the family of the bride.

There were three smaller tables in addition to the top table, each seating between four and seven guests.

The wedding organisers had originally intended to invite hundreds of people to celebrate the occasion but reduced the numbers because of the coronavirus pandemic, only informing guests of the venue on the day of the marriage.

The father-of-the-bride, Moishe Friedlander, was chairman of the Hackney Metropolitan police Independent Advisory Group for five years. Today he confirmed that the outcry over the wedding has forced him to resign.

‘It’s all over now,’ he told MailOnline. ‘I’ve stepped down as chairman. Let’s all move on with our lives.’

A Metropolitan Police spokesman said: ‘Police were contacted at 17:30hrs on Wednesday, 22 April regarding an alleged pre-planned event at a residential address in Bridge Lane NW11.

‘Officers attended the address and spoke with the occupants. They were informed that a family occasion was to take place and that a very small number of people would be present. Appropriate advice regarding government guidelines around Covid-19 was given.

‘Police were called again at 21:00hrs following reports of a large group of people gathered at the address. 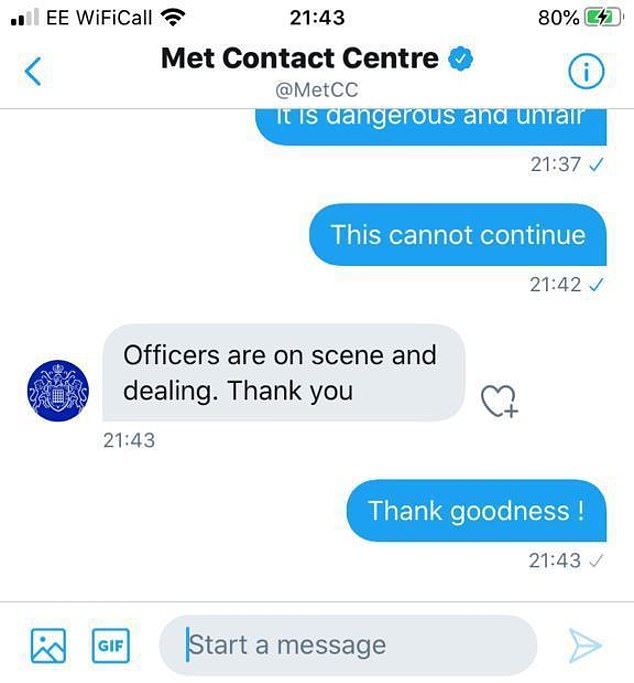 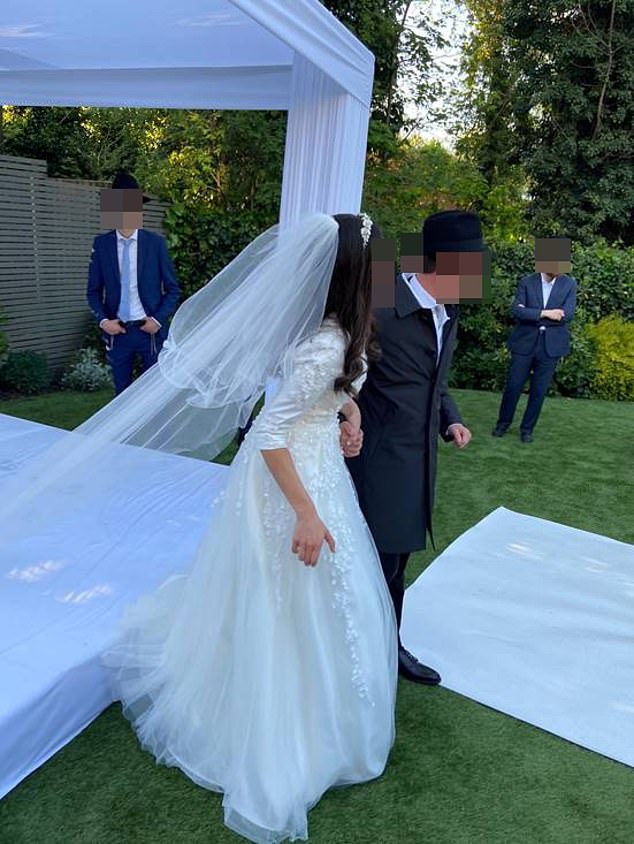 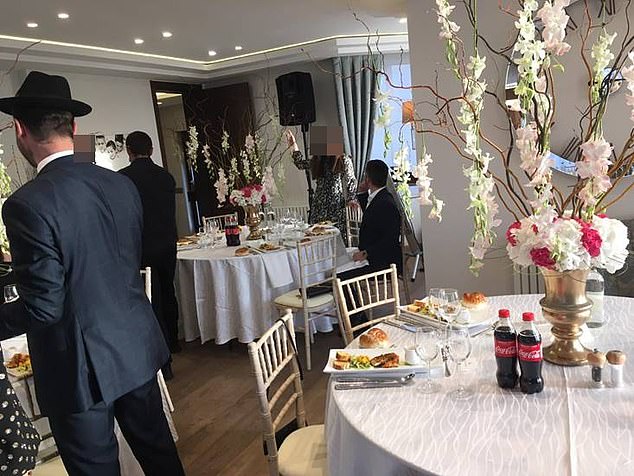 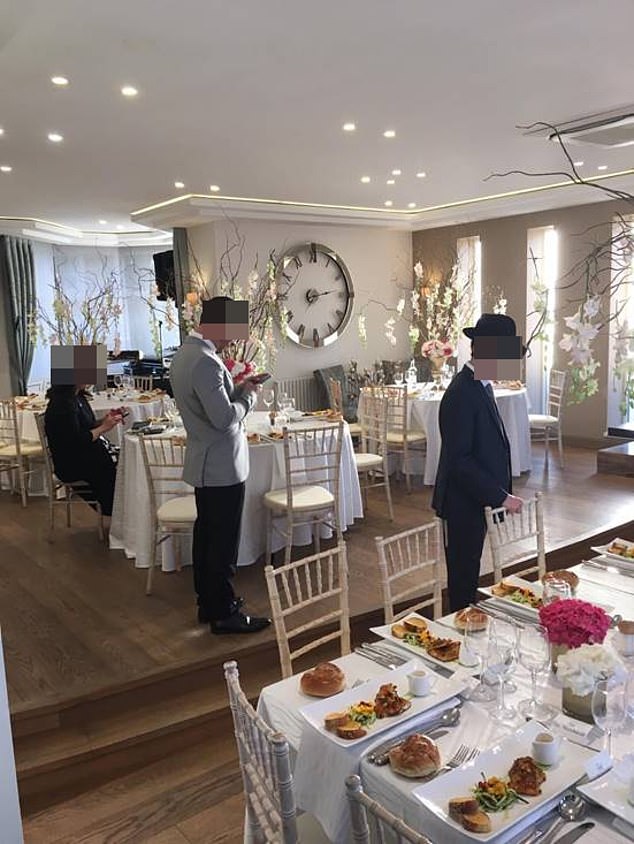 ‘Officers attended and engaged, explained the guidance and encouraged compliance. People were seen to leave the venue, and by 23:00hrs the event had closed.

‘No arrests were made. One fixed penalty notice was issued.’

News of the wedding came as the latest figures reveal that 335 people from the Jewish community have died from coronavirus, amounting to 1.8 per cent of total British deaths.

The Jewish community accounts for just 0.5 per cent of the population, meaning that it is suffering disproportionately from the covid-19 pandemic.