Fury as 'pointless' Archbishop of Canterbury turns back on chaplain

The Archbishop of Canterbury was last night lambasted for refusing to support a chaplain who was reported to an anti-terrorism programme after he questioned his school’s new LGBT policies.

Church of England leaders were urged to intervene after this newspaper revealed how independent Trent College near Nottingham secretly reported Reverend Dr Bernard Randall to the Prevent programme, which normally identifies those at risk of being radicalised.

Dr Randall, 48, had delivered a sermon in which he told pupils they were allowed to disagree with the school’s new LGBT policies, particularly if they felt they ran contrary to the Church’s principles.

The school decided Dr Randall’s sermon was ‘harmful to LGBT’ students and referred him to Prevent, although a police probe ruled the chaplain posed ‘no counter-terrorism risk, or risk of radicalisation’. 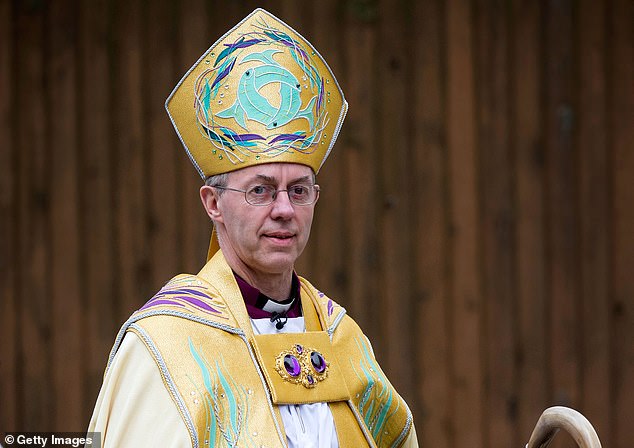 The Christian Legal Centre, which has taken up Dr Randall’s case, appealed for Archbishop Justin Welby, along with the Archbishop of York, Stephen Cottrell, and the Bishop of Derby, Libby Lane, to publicly support Dr Randall.

‘Will you use your platform to defend Dr Randall and freedom of belief and religion in our schools,’ centre chief executive Andrea Williams asked in a letter.

But all three senior figures declined to give Dr Randall their backing.

Asked whether the Most Rev Welby, who is on a three-month sabbatical, believed the school was right to report Dr Randall to Prevent, a spokesman at Lambeth Palace said: ‘We don’t have any comment.’

The Archbishop’s failure to back Dr Randall provoked fierce criticism.

Sir John Hayes, chairman of the Common Sense Group of Tory MPs and peers, said: ‘There’s nothing in the sermon that I saw published in the paper that anyone would find disturbing.

Ms Williams added: ‘It is incredibly disappointing, but sadly not surprising, that the leadership of the Church of England have failed to speak up in support of Dr Randall. Where is Welby on this issue?’

Meanwhile, George Carey, who was Archbishop of Canterbury between 1991 and 2002, heaped pressure on his successor by saying Dr Randall ‘deserves the support of the Church of England’. 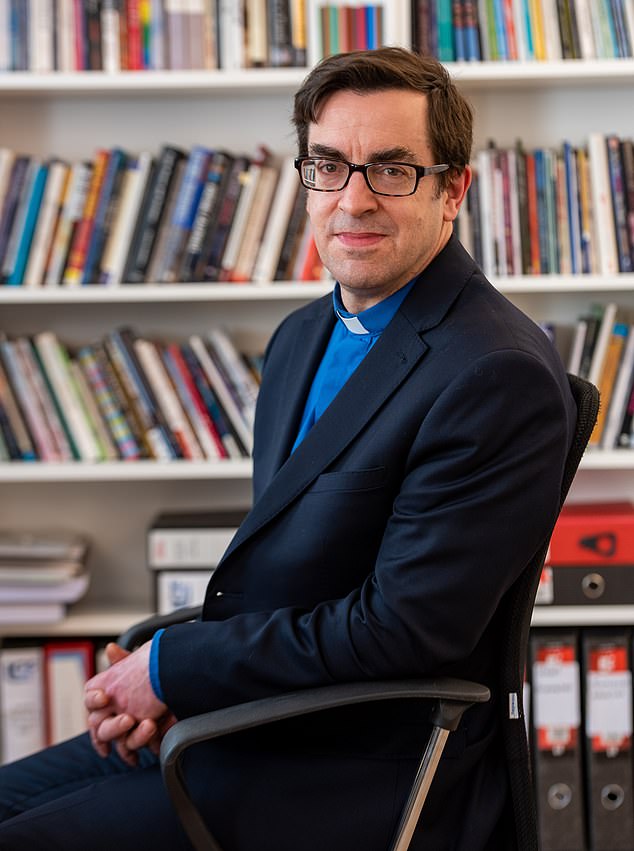 Reverend Dr Bernard Randall, 48, (above) delivered a sermon in which he told pupils at Trent College near Nottingham they were allowed to disagree with the school’s new LGBT policies

‘Freedom of speech is the key issue here,’ he said. ‘His sermon was respectful of differences and invited discussion and debate.’

It comes as The Mail on Sunday can reveal claims that Church officials supported the school’s decision to report its chaplain to Prevent.

It has been claimed that Justine Rimington, the school’s ‘designated safeguarding lead’ who reported Dr Randall to Prevent, spoke to an official at the Diocese of Derby and was assured that her actions had not been ‘discriminatory’.

In a letter to parents last week, the school’s head Bill Penty defended the chaplain’s referral to Prevent, saying: ‘Throughout this process we were following established safeguarding practice, as we are required to do.’

Dr Randall was initially sacked for gross misconduct but then reinstated on appeal. He was made redundant last December and he is suing the school for discrimination and unfair dismissal.

Last night, he said the lack of support from the top of the Church of England was ‘disappointing’, adding: ‘They could have said we believe in freedom of religion.’

In her reply to Ms Williams, the Right Rev Lane said: ‘Public statements in support of one side in a dispute, prior to the evidence emerging in legal proceedings, is neither in the interests of good legal process nor, indeed, likely to serve Dr Randall’s personal interests well.’

The Most Rev Cottrell’s office said that it supported the Right Rev Lane’s comments.