Ministers are locked in a battle with Sinn Fein over claims the party is blocking payments to victims of IRA bombings.

The Troubles pension is a Government scheme to support thousands who were seriously injured during the 30 years of violence. It was due to open for applications on May 29. But the Government has accused Sinn Fein of holding up its implementation because it wants former prisoners to receive the money too.

Boris Johnson piled on the pressure on Wednesday, saying it was ‘very important’ the party allows the scheme to be introduced.

A Whitehall source called the hold-up an ‘absolute betrayal of those who have already suffered unimaginable pain’. The delay has infuriated Troubles victims, who expect to receive between £2,000 and £10,000 a year. 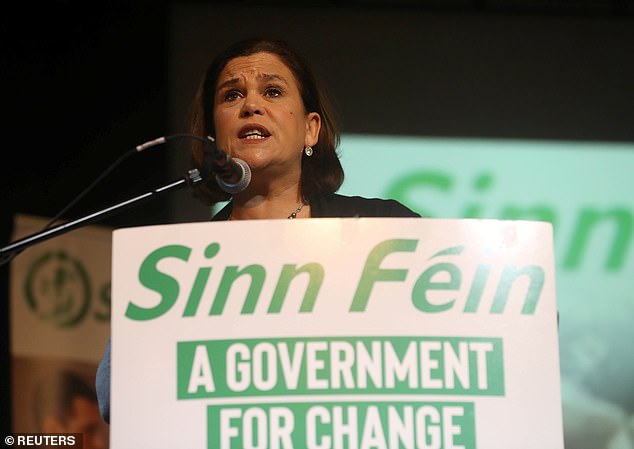 Ministers are locked in a battle with Sinn Fein over claims the party is blocking payments to victims of IRA bombings (pictured: president Mary Lou McDonald speaking in Dublin)

Kenny Donaldson, the director of the South East Fermanagh Foundation victims’ group, said: ‘Sinn Fein don’t believe terrorists who injured themselves at their own hands or injured IRA personnel should be excluded and are blocking it.’

The Government outlined the details of the scheme earlier this year and made it law. It is meant to be open to those who suffered physical or psychological injury. But it excludes those convicted of serious offences or those who were injured by their own actions. 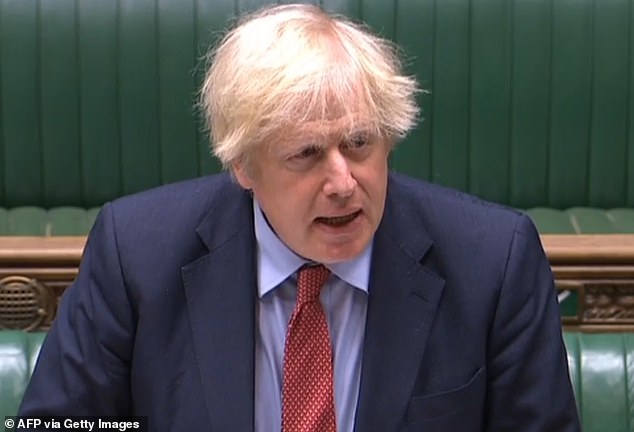 Former private Mike Drew, who nearly died when the bus he was on was destroyed by an IRA bomb in 1988, is among the victims still waiting for their pensions.

Eight Light Infantry soldiers between 18 and 21 were killed in the blast in County Tyrone.

Mr Drew, who was 18 at the time, needed around 500 stitches to his head, neck and face. Now 50, he is unable to work because of post-traumatic stress disorder.

He said: ‘It appears Sinn Fein are… trying to get the pension for the IRA members and class them as victims. That would be an absolute travesty if it happened. I’d rather go without it myself than let them have it.’

His fellow victim Neil Tattersall, 50, who suffered PTSD after the 1992 Manchester bombing, said: ‘It’s another kick in the teeth because this was meant for victims, not IRA terrorists.’ 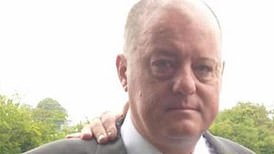 Sinn Fein has so far refused to nominate a Stormont department to run the scheme because it wants to reopen the definition of a victim.

It has said that the criteria is flawed and discriminates against former prisoners. The move means the scheme cannot be opened for applications from those eligible.

Raising the issue at Prime Minister’s Questions on Wednesday, DUP Westminster leader Sir Jeffrey Donaldson said: ‘The innocent victims have not been able to benefit from this scheme, not least because of the actions of Sinn Fein, who are blocking the next steps to implementation.

‘Will the Prime Minister and his government now commit to do all they can to move this matter forward so our most vulnerable of innocent victims can receive this pension?’

Mr Johnson responded: ‘I think this scheme provides a fair, balanced and proportionate way of helping all those who suffered most during the Troubles.

‘It is very important that Sinn Fein, along with all other parties, allow the scheme to go forward as soon as possible.’

Sinn Fein politician Gerry Kelly previously told the BBC: ‘It is the British Government who have brought these regulations, without consultation, to be discriminatory, and all they are interested in is to protect one section of victims.’

Sinn Fein has also argued the scheme – expected to cost at least £100million over the first three years – should be funded by Westminster.

But Northern Ireland Secretary Brandon Lewis has refused to commit to providing extra resources to fund it.

A Whitehall source said: ‘Any further delay as a result of the distraction about eligibility criteria, which has already been set in legislation, is an absolute betrayal of those who have already suffered unimaginable pain and distress.’

A UK Government spokesman said that the Northern Ireland Executive must take steps to ‘unlock [the scheme’s] implementation… urgently’. Sinn Fein did not respond to a request for comment.