Gangs use pizza couriers to send drugs to people during lockdown

Gangs are using pizza delivery drivers to courier drugs to people stuck at home during lockdown, with crooks operating across Britain, Ireland and Spain, Interpol warns

The international criminal police organisation found that the method was being used to deliver drugs in countries including Ireland, Malaysia, Spain and Britain via couriers using bikes, motorcycles or cars.

With drug buyers and their dealers under lockdown along with the rest of society in many countries, some drivers are using this time to make a quick buck, while in some cases dealers simply posed as couriers. 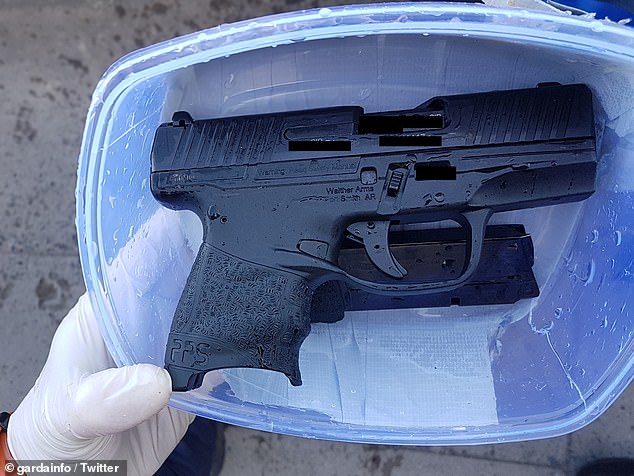 Others were unwitting mules, Interpol said: ‘In one Malaysian case, a food delivery rider in the Gombak district of Kuala Lumpur contacted police and asked for his food package to be inspected after he became suspicious.

‘The rider had been tasked with delivering a single order of Indian flatbread yet the parcel weighed approximately 11kg (20lbs).’

In Spain, seven people posing as delivery drivers were arrested in Alicante and Valencia after drugs were found concealed in the false bottoms of home delivery backpacks. 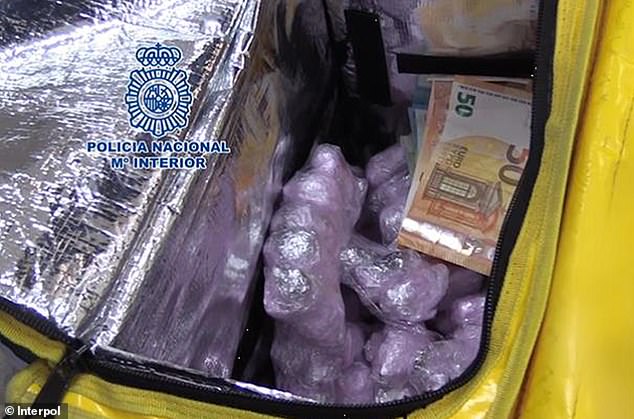 Photos of drugs and cash concealed within a food delivery bag, which was seized by the Spanish National Police in in Alicante and Valencia in Early April 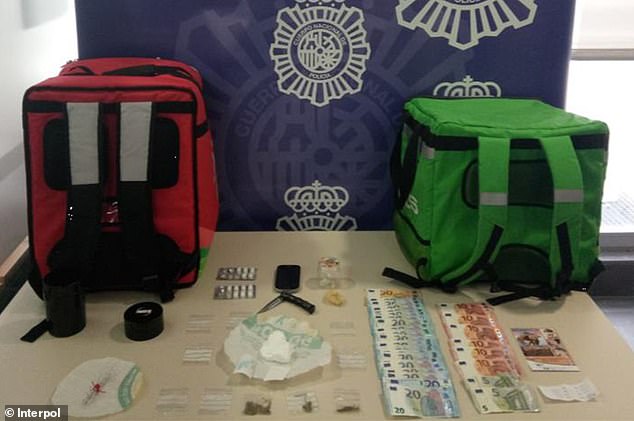 The delivery bags seized by the Spanish National Police in in Alicante and Valencia, with the various drugs and cash they contained 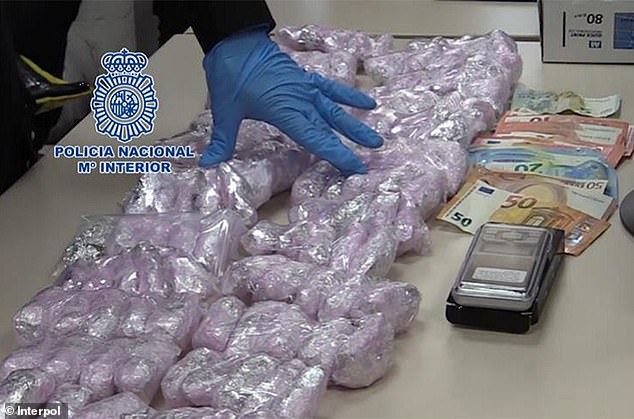 Concealed  drugs wrapped in foil and clingfilm, which were seized along with cash in a  food delivery bag 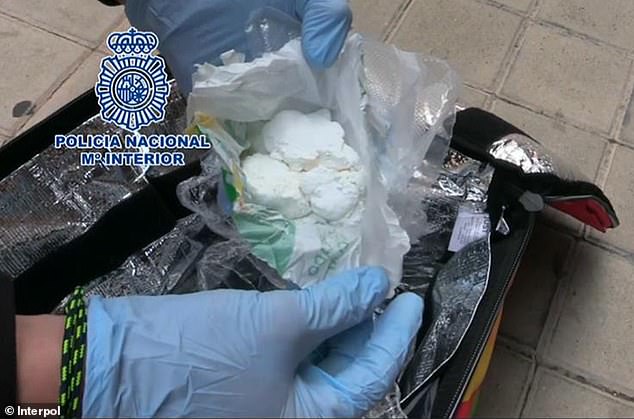 This provides the perfect cover for home drug deliveries.

Stephen Kavanagh, the agency’s executive director of police services said: ‘As criminals continue to adapt their activities to a world upended by COVID-19, Interpol’s purple notices are essential tools in enabling police around the world to learn from each other’s successes and address shifting crime patterns.’