Gay and bisexual men are BANNED on Covid blood plasma trials: Volunteer who was turned down despite being in monogamous relationship for 30 years

Gay and bisexual men are not being allowed to take part in a blood plasma trial to help in the battle against coronavirus.

The NHS is looking for plasma donors from recovered patients to used in the trial by doctors at London’s Guy’s and St Thomas’ hospital.

Earlier today it was reported that 6,500 people have already registered interest in taking part.

But under rules that enraged potential donors, gay and bisexual men will be barred from donating unless they had already abstained from sex for three months. 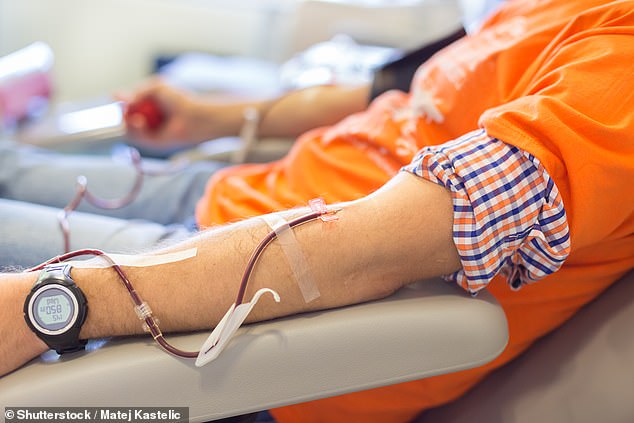 Critical care manager Andy Roberts told ITV News that although he had tested positive for coronavirus and has since recovered, he was turned down for the trial.

During a phone call with someone working on the trial, the married NHS worker was asked about his sexuality before being told he was not allowed.

Keith Ward, his partner of more than three decades, said Mr Roberts being barred from the trial just because he is a gay man made him ‘angry’.

‘We have been together in a monogamous relationship for more than 30 years and I previously didn’t know of this outrageous three month rule,’ he said.

‘It only goes to show that in the UK being gay is still thought as a form of contamination, so if you’re straight and sleep with a different person every weekend it’s safer according to the rules.’ 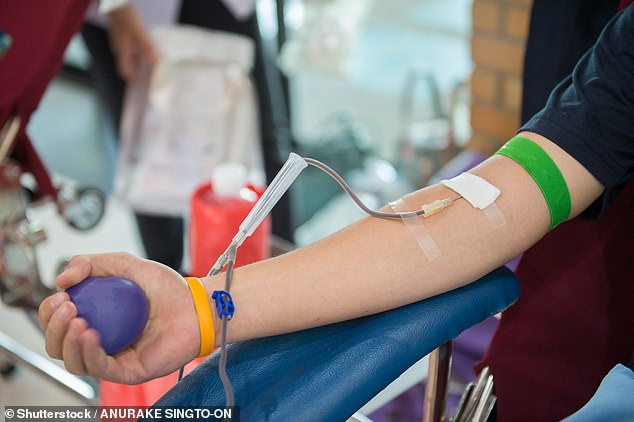 Critical care manager Andy Roberts told ITV News that although he had tested positive for coronavirus and has since recovered, he was turned down for the trial (stock photo)

There is no exception given to married men or those in monogamous relationships.

The NHS Blood and Transplant service told MailOnline that the decision to use current donor selection guidelines are to ‘protect donors and recipients’.

The Advisory Committee on the Safety of Blood, Tissues and Organs (SaBTO) makes recommendations to the Department of Health which decides on guidelines which NHSBT follow.

So the guidelines mentioned are Department of Health guidelines which we implement. Any reporting needs to be clear on this please.

An NHS Blood and Transplant spokesperson said: ‘We will initially be using the current donor selection guidelines although we will keep this under review.

‘We appreciate this deferral can feel disappointing if you want to save lives.

‘Separately to the convalescent plasma trial, we are working with LGBT+ groups to explore whether we might be able to introduce a more individualised risk assessment for blood donation.’

For those who are permitted to take part in the trial, the donations have been collected and transfusions will begin in ‘the coming weeks’, the hospital’s Biomedical Research Centre said.

It is hoped the potential treatment, known as convalescent plasma, will help patients whose bodies are not producing sufficient antibodies to fight the virus.

The hospital says if the trials prove the treatment to be effective, NHS Blood and Transplant will begin a national programme to deliver up to 10,000 units of convalescent plasma per week to the NHS, enough to treat 5,000 patients each week.