George Alagiah reveals he has 'tumour site' in his lower back

George Alagiah has revealed he has a ‘tumour site’ at the base of his back and has spent 18 months in ‘extreme pain’ – as he opens up on an eight-year battle with bowel cancer.

The BBC newsreader, 66, underwent 17 rounds of chemotherapy after he was first diagnosed with stage-four bowel cancer in 2014.

He returned to presenting duties the following year after making progress against the disease, saying at the time he was a ‘richer person’ for it.

The cancer returned in 2017 and he underwent further treatment before again returning to work.

In 2020, though, the Sri-Lankan born newsreader revealed it had spread to his lungs. He announced a break from presenting in October last year, but returned to the BBC in April following ‘months of treatment’.

In an interview with The Sunday Telegraph, Alagiah says he now has a ‘tumour site’ at the base of his back.

He says: ‘It is near my L5 lowest vertebra. I’ve spent a lot of the last 18 months in extreme pain. There have been times when even lying down makes it worse.’

Alagiah has told of how he has undergone more than 100 rounds of chemotherapy since his first cancer diagnosis eight years ago and has been lucky to get four hours of sleep a night.

He receives low doses for three quarters of the year and higher doses the rest of the time. 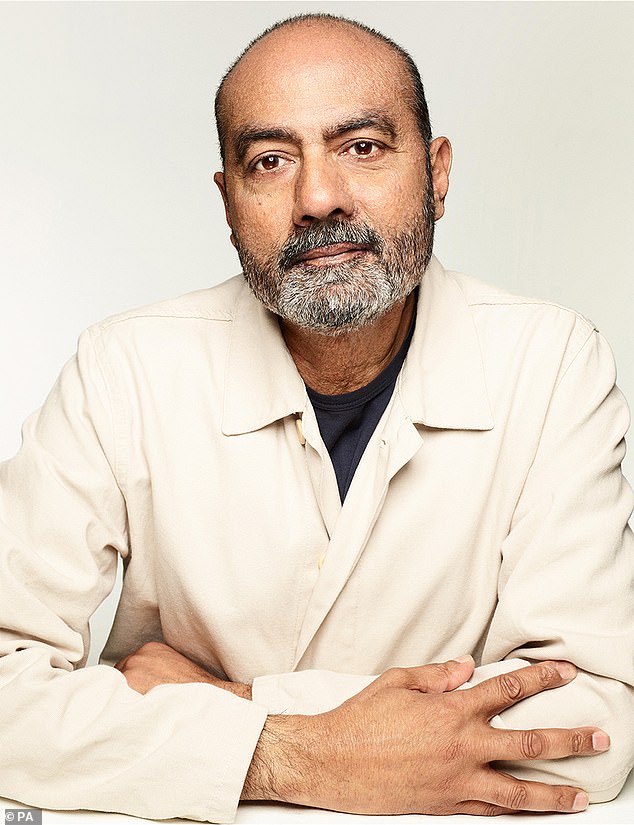 Asked if the cancer has spread to his spine, he says: ‘I don’t know if it is into my spine. It is very technical so you have to be careful.

‘What I have is a tumour that is resting very close to the spine and, as far as doctors can make out, has eroded a bit of a vertebra.

‘More importantly, it is sitting very close to the nerve and the aorta. Both of which are significant. That’s the one we are watching.’

Alagiah has been married to wife Frances, a former executive with the Fairtrade Foundation charity, for more than 30 years after the couple, who have two sons in their thirties, met at university.

He continues: ‘The thing about bowel cancer is, it is all about poo and bums and people don’t like talking about them.

‘But I have discomfort all the way from my mouth to my bum. And that becomes acute after three days of chemo. Usually by about a week later it is beginning to be better.’

He adds that there are days where he wakes up ‘feeling like s**t’ and can have a ‘energy collapse’.

Born in Sri Lanka, Alagiah’s parents left for west Africa when he was a young child. His father worked as an engineer in Ghana, before the newsreader was sent to boarding school in Portsmouth aged 11. 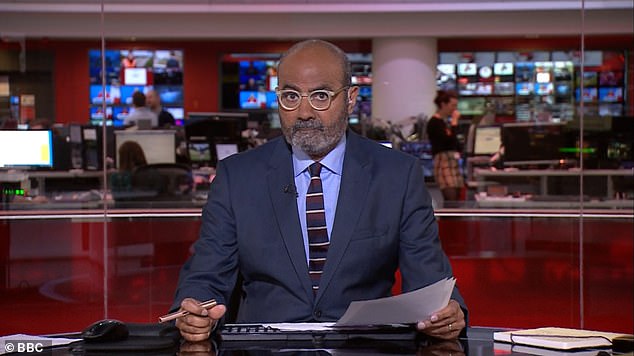 In 1982, he began his first journalistic role for international magazine South, before joining the BBC in 1989.

He spent a decade as the corporation’s foreign correspondent, winning a Bafta for his coverage of the Kosovo conflict in 2000. Alagiah then took a role reading the Six O’Clock News in 2007.

Alagiah also spoke of the one encounter he had with BBC podcast presenter Dame Deborah James, who died aged 40 following a five-year battle with bowel cancer in June.

He said: ‘We had a mutual friend. When my cancer got into my lungs they arranged for us to have a conversation because it had got into hers too.

‘When I called her, she was walking out of the Marsden [London’s leading cancer hospital], having had her own regular scan to see if the cancer was spreading. That day, it was okay.’

Alagiah says he told her to inform her family immediately, but instead she stopped and spoke to him for half an hour.

And on continuing to read the news despite his diagnoses, he adds: ‘Going into the newsroom doesn’t kill any cancer cells, that’s for sure. 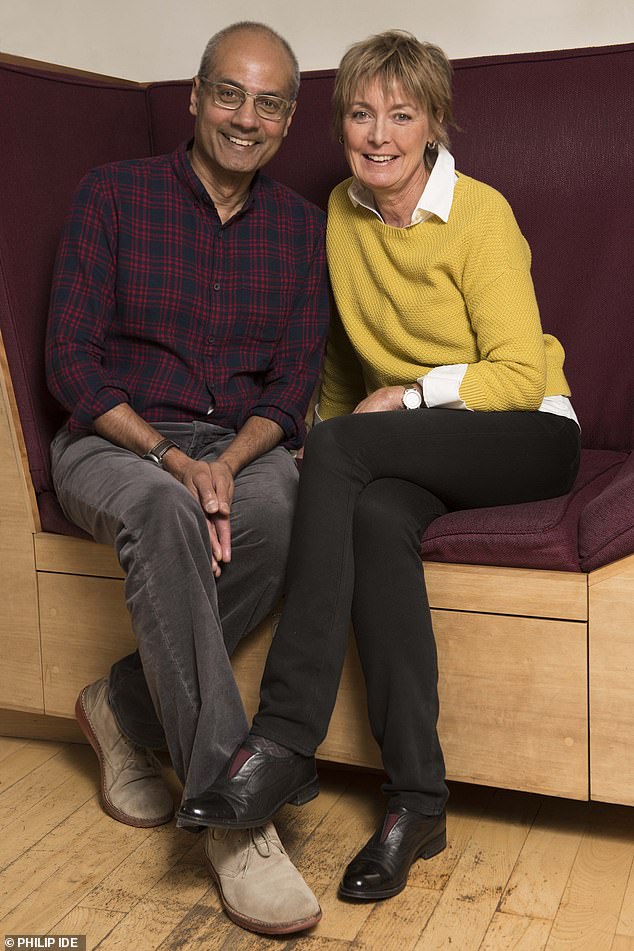 Alagiah and his wife Frances pictured at their home in north London. The pair have been married for more than 30 years after first meeting at university 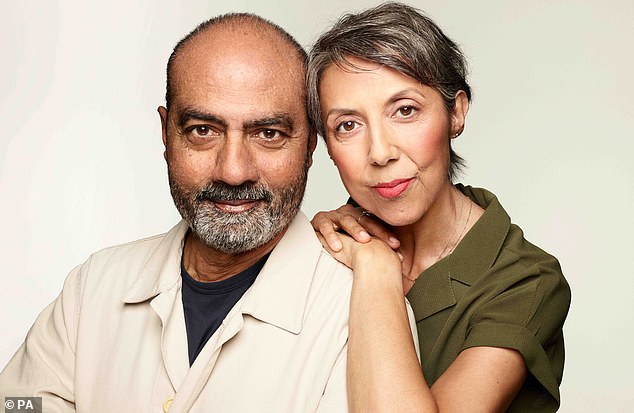 Alagiah pictured with personal trainer Mary Huckle, a mother of three from London, was also diagnosed with stage four cancer in the same year as George

‘By the time I walk out of that newsroom at seven o’clock in the evening, having been there since the morning, I am absolutely knackered physically, but mentally I am rejuvenated.

‘I’ve been with people who treat me as they always did, who don’t patronise me, and it is a tremendous fillip.’

Alagiah now uses breathing techniques to calm himself and help deal with the pain caused by the tumour.

He adds: ”One of the things I want to do is hold hands with my wife until the end, and am I going to be able to do that? It haunts me. Not every day.’

‘I’m not too scared for myself, but I’m here on the third floor of our house.

“And I am looking out of the window at Frances setting out the tablecloth on our garden table, and it occurs to me, is she going to have to do that for herself one day, and eat on her own?’

Mr Turnbull’s family revealed that he died ‘peacefully’ at home in Suffolk after a ‘challenging and committed fight’ against his cancer which had been diagnosed in November 2017.