The £3million superhome being built for Grand Tour host James May to house his vast motorbike and luxury car collection is nearing completion.

Latest images reveal that builders have exposed the facade of the new building and garage having taken down hoardings.

Work on the much-loved TV presenter’s property in west London could even be completed before the end of lockdown and it appears that the finishing touches are all that remain. 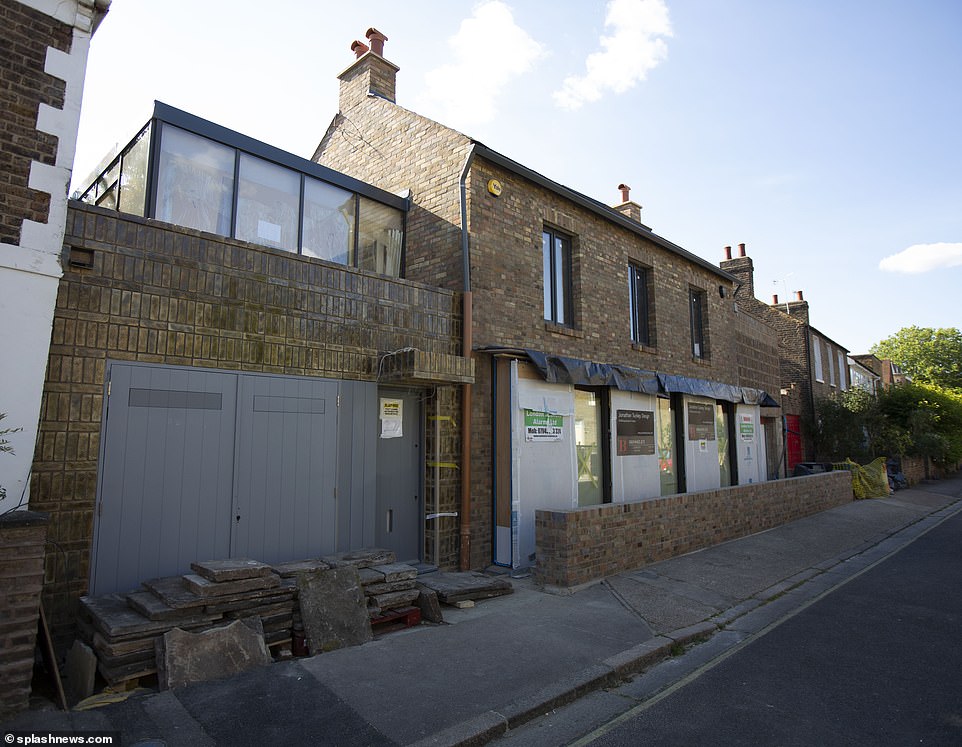 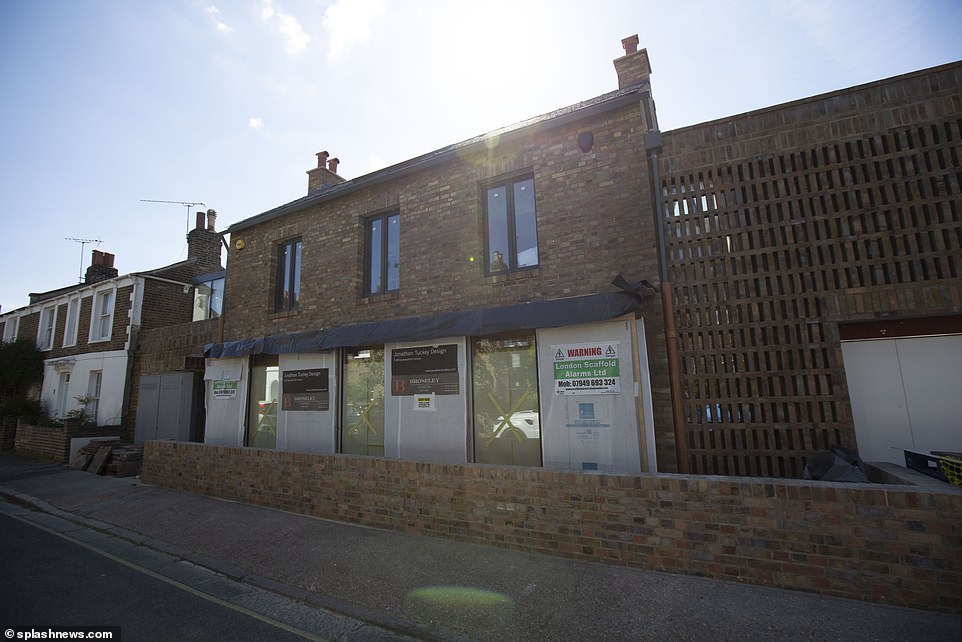 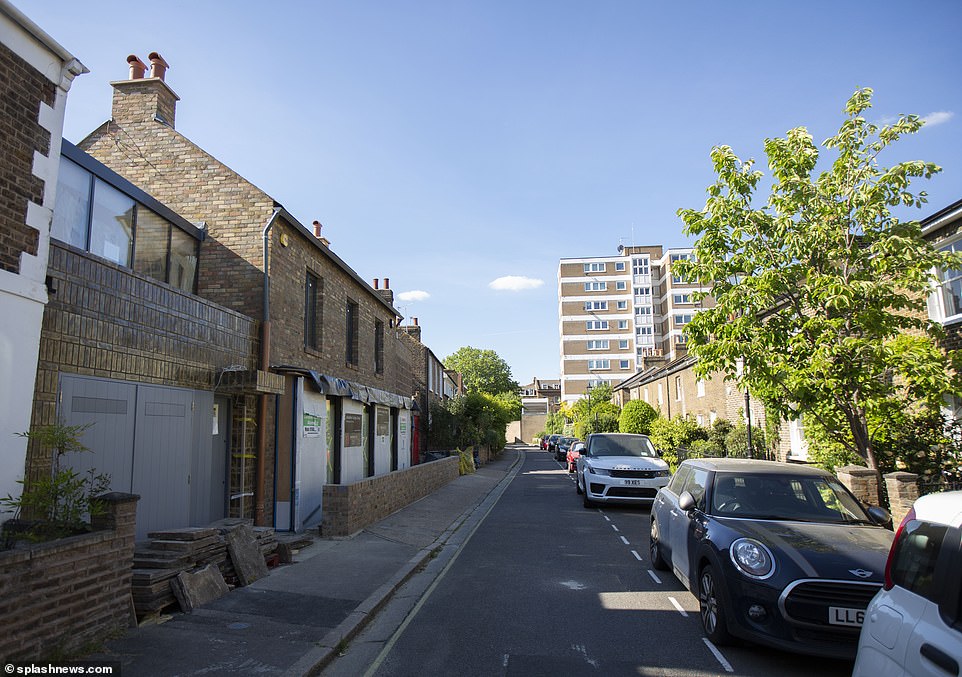 The building appears to be near completion and is expected to be ready this year, possibly still during coronavirus lockdown 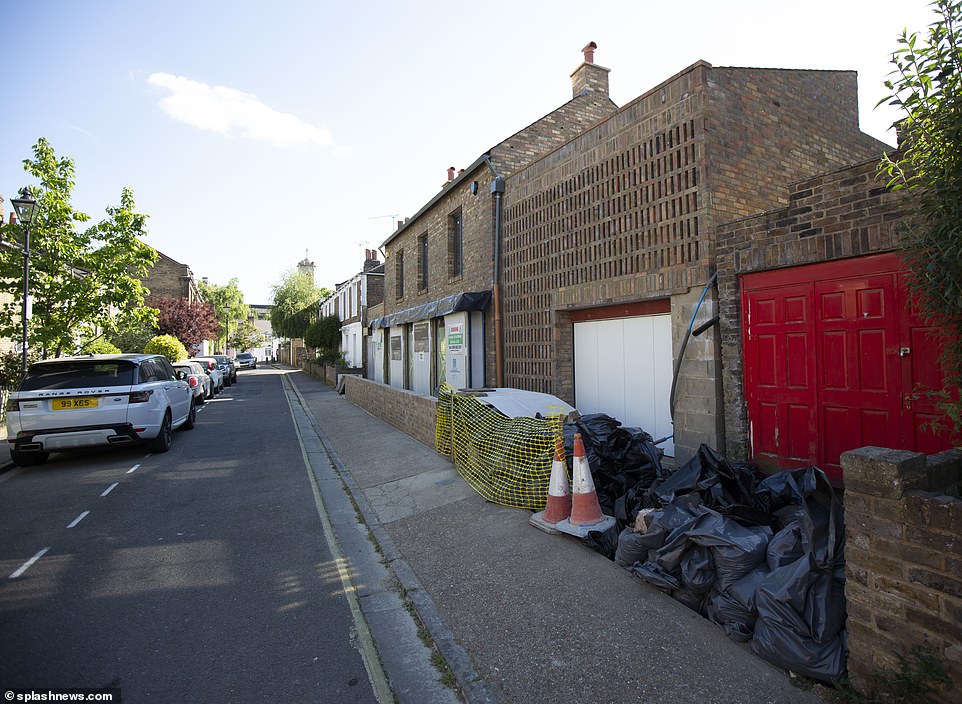 May, the former Top Gear favourite and now one of the Grand Tour presenters with Richard Hammond and Jeremy Clarkson, bulldozed his two properties on the existing site to have the new one put in place.

Pictures show the brand new glass and brick work that have been behind hoardings until now, although there are still a number of building materials on site.

Work is anticipated to conclude this year for May and his partner, dance critic Sarah Frater, to move back in.

The 56-year-old moved all of his luxury cars and motorbikes around the corner from the site in a conservation area in Hammersmith, West London.

He has 40 motorbikes, a Rolls-Royce, limited edition Ferrari 458 Speciale, Porsche 911 and Fiat Panda for running around town, which will all be kept at the new property.

The new home will be six per cent larger than May’s existing property, with an extra floor on the two side wings.

May who is nicknamed ‘Captain Slow’ for his genteel driving style, lived up to his Mr Nice Guy image and avoided a bruising battle with his neighbours by constantly including them in the planning process. 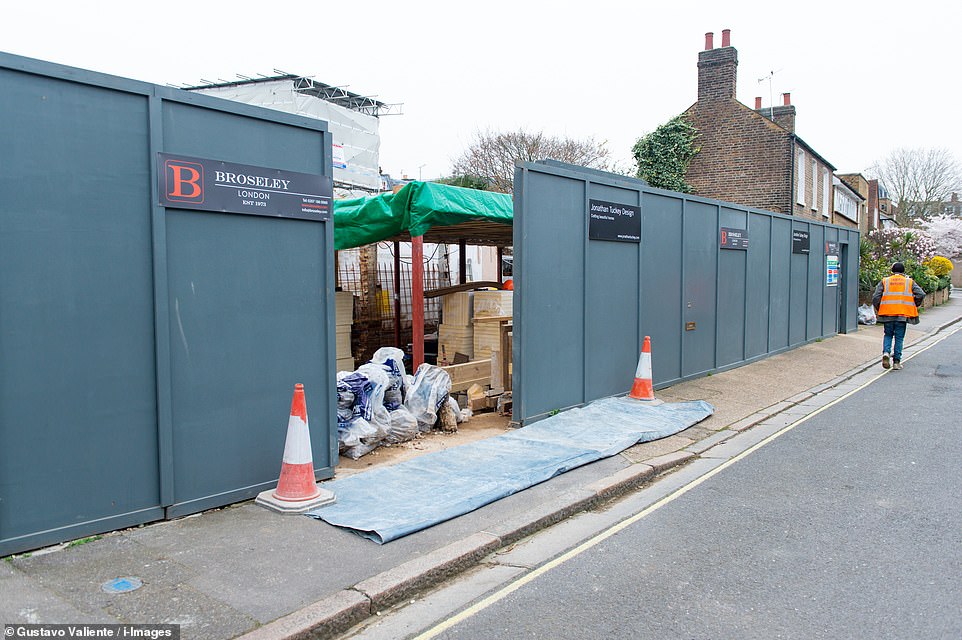 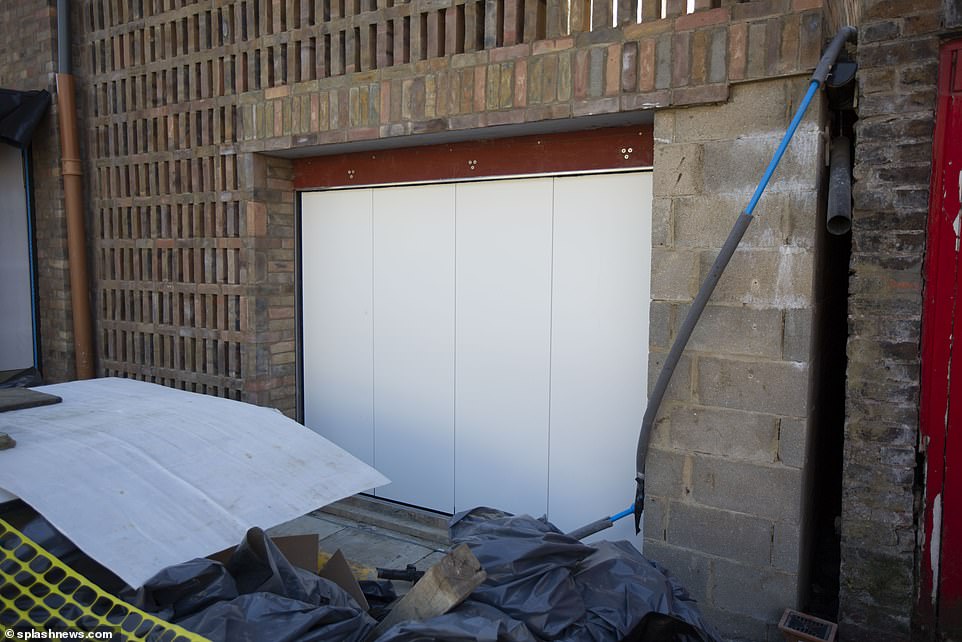 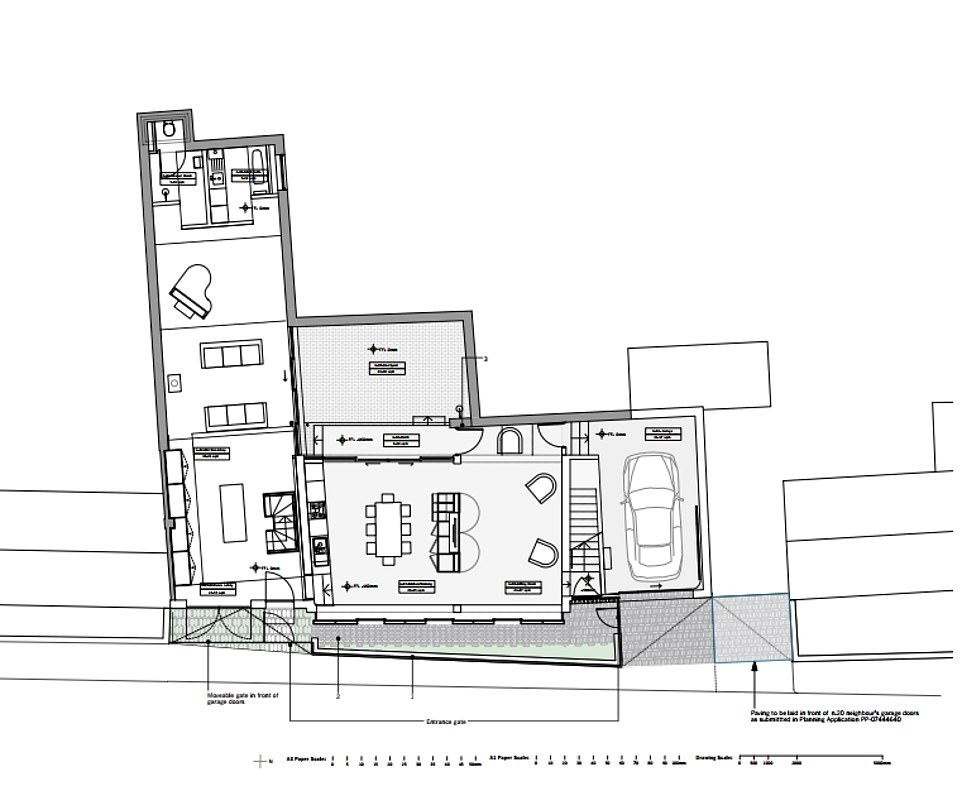 Plans approved by the council for May’s new London home show it will be six per cent larger than the demolished old property, with an extra floor on the two side wings

One said: ‘I couldn’t wish for a better neighbour than James. He is a delight and has involved us all at every step of the way.

His next-door-neighbour Cathy Lewis agreed: ‘James has been really good and given us lots of information. This will be really good for our street, will be a big improvement on what was there before and the designs are sympathetic to the area.

‘We know it will take a long time with a lot of disruption, but so far, the builders have been great. The new house will look fabulous.’

He held a consultation meeting with his neighbours in 2015 as he was finalizing the plans in order to appease any concerns they had around being overlooked as the new property has an extra floor on two wings and is six per cent larger all round. 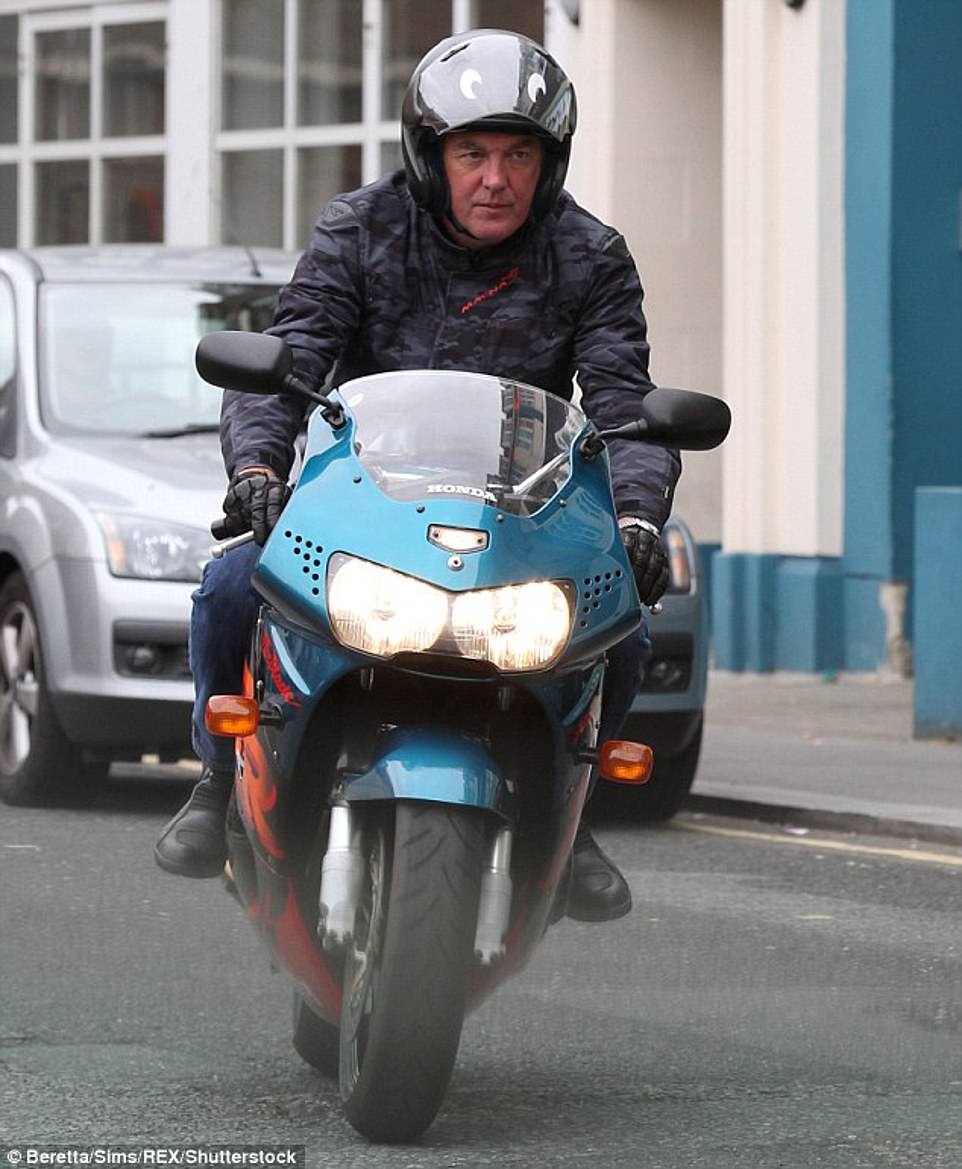 May shares the Hammersmith house with his partner, dance critic Sarah Frater. In 2013, May said he planned to embark on the improvements in order to appease his her. ‘The permanent and fragrant presence of Woman demands something a bit better,’ he said.

May had planning permission approved in 2016 and has put in a series of amendments since then to ensure residents’ views were taken into account and to ensure the new property will fit in with a street where some homes were built in the 1840s.

In 2013, May said he planned to embark on the improvements in order to appease his partner. ‘The permanent and fragrant presence of Woman demands something a bit better,’ he said.

He also admitted he would save himself money as there is no VAT on new-builds.

May’s approved plans to the 1950s-home are to change use of one property from commercial use to residential, demolition of the properties to rebuild into one two-storey building with a garage on the ground floor.