A GREEN Beret's young kids allegedly screamed "don't kill mom, don't shoot us" as he "held his family at gunpoint in a drunken rage."

Army Colonel Owen G Ray, 47, has been accused of beating his wife and threatening to kill her at their home in Washington state on Sunday morning, The News Tribune reported. 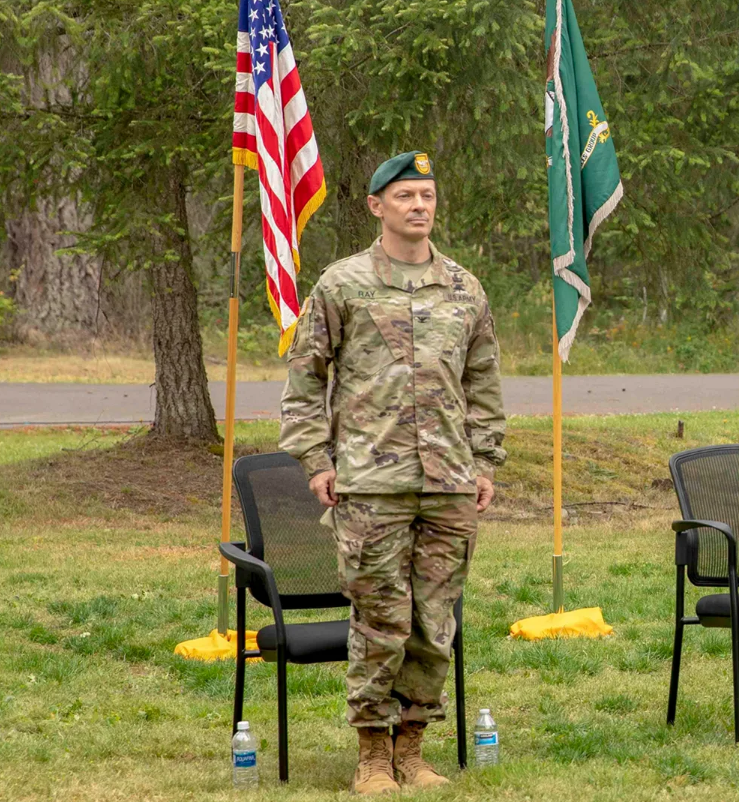 According to the DuPont Police Department, the Army’s I Corps chief of staff also threatened to kill himself multiple times during a two-hour stand-off with officers.

Ray – a 47-year-old colonel at Joint Base Lewis-McChord in Washington state – is now being held on $1million bail.

During the early morning incident at the family's home in DuPont, Ray allegedly held his wife, Kristen, and kids, ages 16, 10, and seven, at gunpoint after finding out one of them had called 911.

According to the news outlet, a probable cause affidavit revealed Ray's 16-year-old daughter contacted authorities sometime around 12am and claimed her dad was toting a shotgun and two pistols. 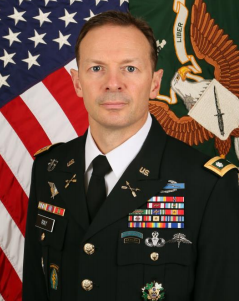 "She believed her father would kill her if he discovered she had called 911," the affidavit reportedly states.

“Dispatch could hear the children screaming inside,” the affidavit continued.

The Sunday incident apparently started when Kristen and Ray argued, as she thought he was drunk.

His wife is said to have been so scared she ran into their kids' room to hide.

She apparently heard Ray say "let's do this" before he put his boots on and went to the garage, where his guns are kept.

After, Ray allegedly found his family and started "“shouting and swinging the gun around,” according to the affidavit. 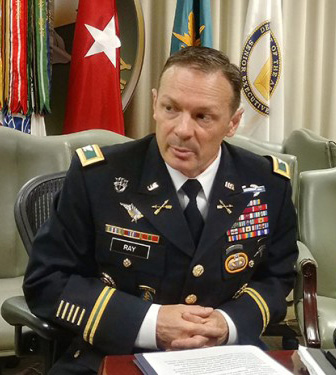 “He pointed the gun at Kristen and threatened to kill her.

“He proceeded to kick Kristen over and over with his boots in the face and chest. The two children had woken up and were screaming, ‘don't kill mom, don't shoot us.’”

The family said they tried getting out of the bedroom but Ray apparently wouldn't let them leave.

Eventually, "Kristen and the two children raced down the stairs while the defendant was still yelling,” the doc states.

The affidavit says that after midnight, after law enforcement arrived, “Ray could be heard saying, that law enforcement had surrounded the house so what choice did he have now and ‘you're going to force me to kill myself.’”

Kristen and the couple's kids were able to leave the houseafter 12.30am, and authorities said Kirsten had visible injuries including a “reddening on her neck and chest area,” and a “large bump on her forehead.”

At 12.49am on Sunday, Ray allegedly told cops over the phone he's wouldn't leave the house and if they tried to arrest them he'd "kill them."

At that point, officials said, Ray told responding law enforcement that he was a 25-year veteran who spent his time in the Army with the 1st Special Forces Group.

“He stated that he had killed a lot of people and he had no problem killing law enforcement if they made attempts to arrest him,” the docs state.

At some point during the night as cops tried to talk to Ray, he reportedly walked onto his balcony and held a pistol to his head.

Ray surrendered to the cops just before 2.30am.

Police said they found two handguns and a shotgun in the home's master bedroom, as well as multiple weapons in the garage's safe.

The Army vet has been suspended from his job as I Corps chief of staff while a civilian law enforcement investigation investigates, Army officials at the base said.

Ray is scheduled to stand trial with a jury on February 18.

Before his current job, Ray "commanded the 1st Special Forces Group and held other leadership positions in the Green Beret unit."

Per Military.com, Ray "served as a detachment commander in 2003 and as a company commander in Afghanistan in support of Operation Enduring Freedom in 2011.