Greta Thunberg says virus and climate change must be tackled together

Greta Thunberg today called on governments to keep fighting climate change even during the coronavirus emergency, warning that global warming ‘is not slowing down’.

The 17-year-old marked Earth Day with a live-streamed appeal to ‘tackle two crises at once’, saying the pandemic showed the importance of listening to scientists.

Thunberg’s Fridays for Future rallies have been moved online because of the health crisis, but the Swede has continued her demands for urgent action. 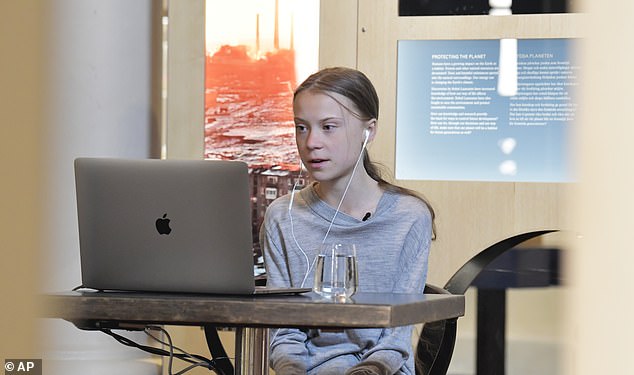 ‘Today is Earth Day and that reminds us that climate and the environmental emergency is still ongoing,’ Thunberg said today.

A report released for Earth Day showed that 2019 was Europe’s warmest year on record, reinforcing her point.

There are signs that pollution has dropped in recent weeks because of the global economic standstill caused by the pandemic.

New Delhi has enjoyed blue skies and Venice has seen clear canals for the first time in living memory, but activists say these are only temporary improvements.

Thunberg said the virus outbreak showed the importance of listening to scientists and other experts.

‘That goes for all crises, whether its the corona crisis or whether it is the climate crisis which is still ongoing and is not slowing down, even in times like these,’ she said.

The Swedish activist said in March that she had probably been infected with coronavirus herself, saying she had developed symptoms after travels in Europe.

As she pointed out at the time, many young people are thought to have had the virus with only very mild or non-existent symptoms. 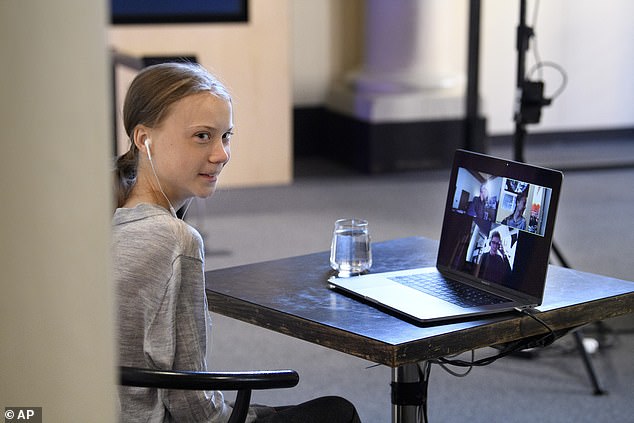 Thunberg sits at a laptop today, speaking to environmental science professor Johan Rockstrom in Germany among others 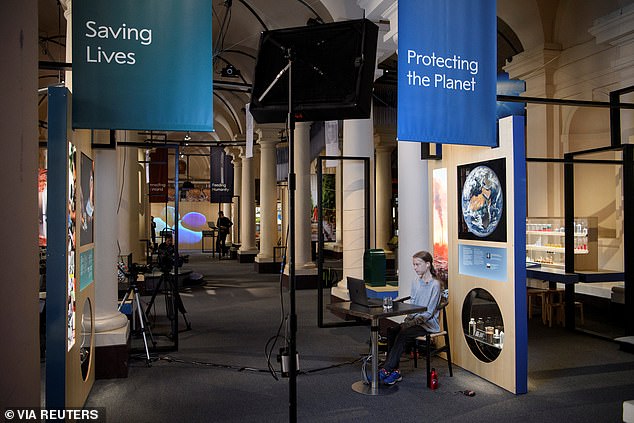 Fridays for Future yesterday published a striking video of a house on fire while its occupants do nothing, an analogy for the world’s inaction on climate change.

The clip shows a family waking up, eating breakfast and talking obliviously as their home is engulfed by flames and clouds of smoke.

The video was released by Fridays for Future in partnership with Los Angeles-based creative agency FF.

The campaign is inspired by Thunberg’s statement to the World Economic Forum last year: ‘I want you to act as if our house is on fire. Because it is.’

Thunberg rose to prominence as a 15-year-old when she started skipping school on Fridays to protest outside Sweden’s parliament over carbon emissions.

Her solo protest has since mushroomed into a global movement, regularly attracting huge crowds before the pandemic put a stop to such gatherings. 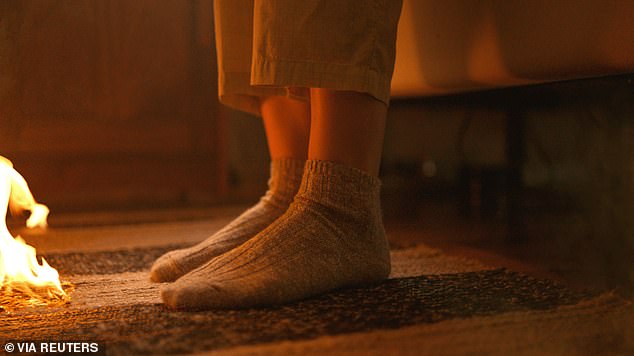 Fridays for Future yesterday published a striking video of a house on fire while its occupants do nothing, an analogy for the world’s inaction on climate change

Thunberg savaged world leaders in a memorable speech at the United Nations last year, accusing them of ‘stealing my dreams and my childhood with your empty words’.

Her angry glare at Donald Trump after he upstaged her by walking into the climate summit with his entourage also became a viral sensation.

Trump, a climate change sceptic, sarcastically tweeted that she ‘seems like a very happy young girl looking forward to a bright and wonderful future’.

Thunberg later adopted the description for her own Twitter profile.

The teenager sailed to North America on a racing yacht because she refuses to fly on polluting jet planes.

She had intended to join an environmental summit in Chile in December, but had to sail back to Europe after the conference was moved to Madrid.

The teenager has also clashed with Brazil’s far-right leader Jair Bolsonaro, who labelled her a ‘little brat’ in a row about the deforestation of the Amazon. 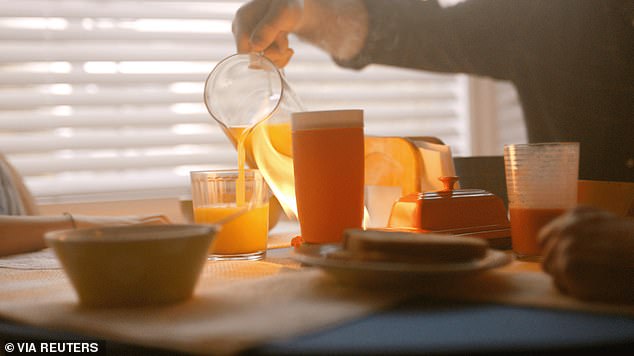 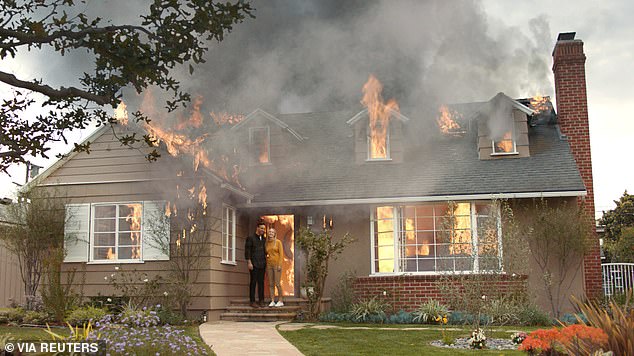 The video finishes with the message: ‘Our house is on fire. React.’