Matt Hancock today all but snuffed out speculation that some regions could enjoy a loosening of lockdown restrictions ahead of others, insisting ‘we’re all in this together’.

The Health Secretary said curbs would almost certainly be lifted across the country in harmony.

Coronavirus has not spread evenly across Britain and the hardest hit areas have suffered quadruple the amount of cases than regions which appear to have dodged a major outbreak.

London has experienced the highest number of infections with 23,979 confirmed cases, while the South West of the country has had 5,986. 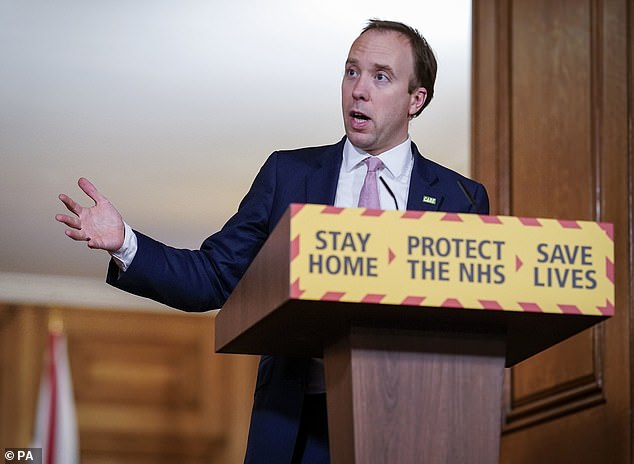 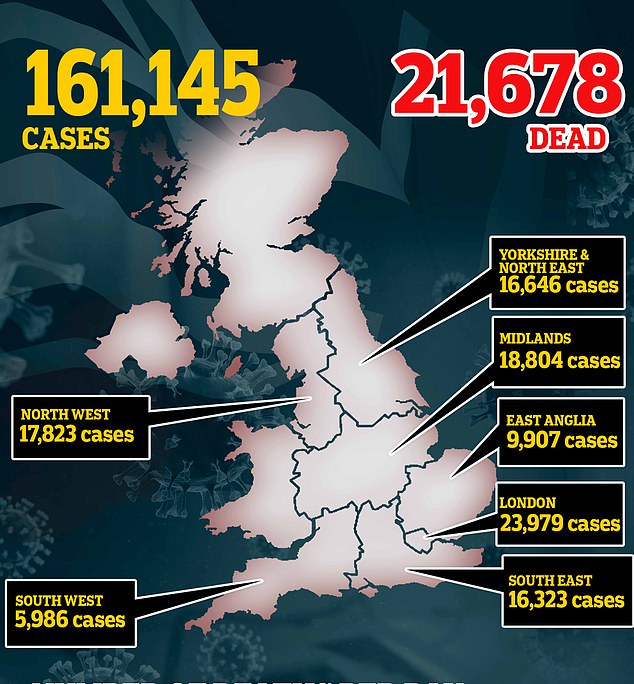 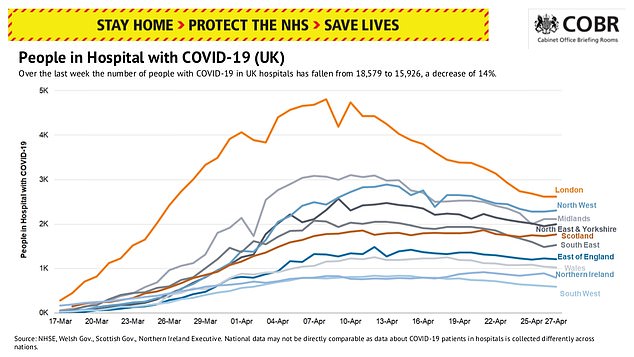 Mr Hancock said this afternoon: ‘So that is a question that we’re looking at. There was a big benefit as we brought in the lockdown measures with the whole country moving together.

‘We did think about moving with London and the Midlands first because they were the more advanced in terms of number of cases, but we decided that we are really in this together.

‘It went up more in London but it’s also come down more but the broad shape has been similar which is what you’d expect given we’ve all been living with the same lockdown measures.

‘The other thing to say is that it isn’t just about the level (of infections), it is about the slope of the curve, and if the r (the number of people each infected person passes the virus on to) goes above one anywhere then that would led eventually to an exponential rise and a second peak and an overwhelming of the NHS in that area, so although the level of the number of cases is different in different parts, the slope of the curve is actually remarkably similar across the country so that argues for doing things as a whole country together.’

Deputy Chief Scientific Adviser Angela McLean added: ‘The question whether or not we should have regional policies is a really interesting one.

‘It’s the kind of thing epidemiologists all over the world puzzling over.

‘I think there’s always a trade-off between making sure you do things that are beautifully tailored for each part of the population, and on the other hand keeping things simple and actually carry on being all in this together.’ 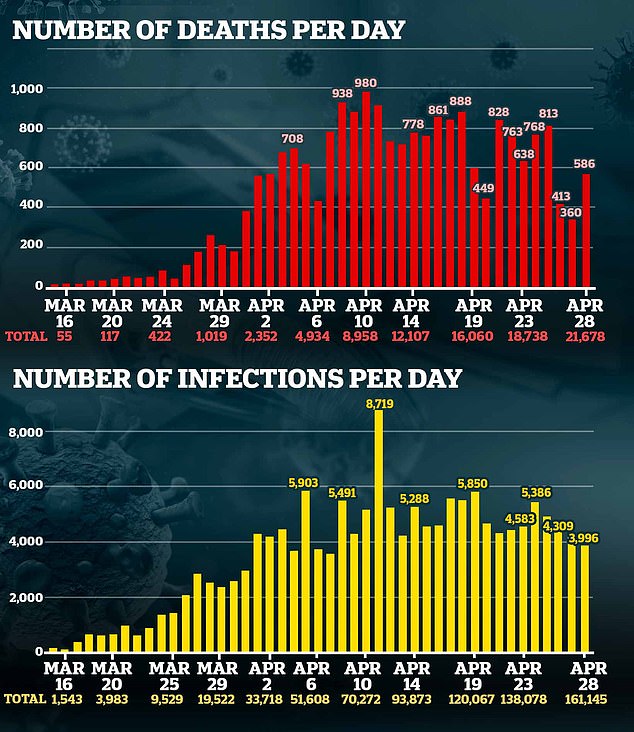 ‘I can reassure you that all the time we look at the data altogether.’

It comes as ministers today faced accusations of watering down the criteria required for lifting the lockdown, fanning speculation of an imminent loosening of restrictions.

A subtle change in wording of one of the ‘five tests’ raised eyebrows as it suggested the government will only hold back from relaxing social distancing if a second wave of coronavirus threatened to ‘overwhelm the NHS’.

Whereas yesterday officials were committed to stopping a second peak full stop, regardless of its knock-on effects to the health service.

Slides presented at yesterday’s Downing Street’s press conference spelled out the fifth test as: ‘Confident that any adjustment to current measures will not risk a second peak of infections’.

But the same slide presented at today’s briefing lowered this benchmark and committed ministers to not risk sparking a ‘second peak of infections that overwhelms the NHS’.

Eagle-eyed viewers were quick to accuse ministers of shifting the goalposts as it reduces the standard for easing lockdown – but Number 10 claimed the criteria had not changed.

The other four tests required for Boris Johnson to adjust the lockdown are ensuring the NHS’s critical care capacity, a sustained fall in daily deaths, a manageable flow of new infections and shoring up testing infrastructure and PPE supplies.