Save articles for later

Add articles to your saved list and come back to them any time.

A scheme set up to support police officers who have been sexually harassed, assaulted or discriminated against at work has been inundated with victims seeking compensation and counselling.

The redress scheme, established in the wake of a damning Victorian Equal Opportunity and Human Rights Commission report, has received more than 250 claims and spent $1.6 million on compensation, counselling and other support since it was launched in December. 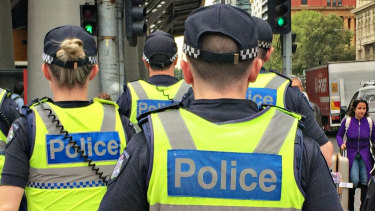 The payments range from $45,000 for rape and sexual assault to $10,000 for sexual harassment or systematic sex discrimination.

A Justice Department spokeswoman said demand was higher than expected and the scheme was "making a real difference to the lives of former and current Victoria Police employees who have experienced workplace sex discrimination or sexual harassment”.

The scheme was a key recommendation of a 2015 report by the Victorian Equal Opportunity and Human Rights Commission that identified a widespread culture of sexual harassment and discrimination within Victoria Police, and detailed accounts of rape and assault, mostly against female officers.

A follow-up report released by the commission last year found while there had been some improvements, one in four female officers had been sexually harassed at work in the past three years. This included leering, unwelcome touching and sexually suggestive comments.

"People still feel nervous about making a complaint," she said. "It will take time to really change that culture. It has been fairly conservative and a difficult environment for a long time."

Under the scheme, which is independent of Victoria Police, victims can confidentially share their story with senior police and apply for counselling and payment.

It is designed to be accessed without lawyers. Victims don't have to prove particular behaviour occurred but it has to be plausible that it did.

One current officer, who did not want to be named because she feared repercussions at work, said she would apply after experiencing sexual harassment throughout her career of more than 30 years. 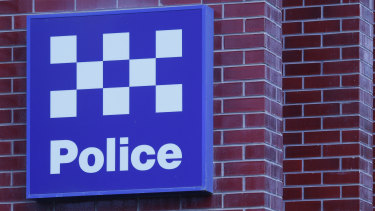 A report found while there had been some improvements, one in four female officers had been sexually harassed at work in the past three years. Credit:Paul Rovere

She recalls a colleague referring to her and other women as “c—s” in the 1990s. “I said: ‘Don’t speak to me in that way.’ But because I stood up to him the whole office turned on me and then it becomes a situation where you are fighting to survive. It was a massive struggle and I can see why women buckle under the pressure.”

The officer said she was repeatedly asked out by her superior when she was a young constable, a colleague spread rumours he had sex with her, and she regularly witnessed her male peers watching pornography in the tearoom in the '90s.

“That was par for the course on night shift,” she said.

She hopes sharing her story with police and accessing counselling will help her heal.

But the scheme doesn't appeal to everyone.

Narelle Fraser, a motivational speaker who retired from the force in 2014 after a 27-year career, doesn't want to take part because she doesn't trust what will happen to the information she discloses.

Ms Fraser said a male colleague up-skirted her with a Polaroid camera in the 1980s while she was leaning over a counter and speaking to a witness. Then, at a staff function in the '90s, a peer grabbed her crotch and twisted it.

She also remembers a detective pushing her against a wall and trying to kiss her.

“I was going for a job the following week and he was going to interview me," she said. "I wanted to become a detective and this bloke had been trying to kiss and manhandle me.”

"There are other options available to people that are more beneficial given the relatively low amounts that seem to be on offer for very serious assaults," she said.

"$45,000 for a rape or sexual assault doesn't seem to address the level of harm involved."

Victoria Police accepted all the Equal Opportunity and Human Rights Commission's recommendations and has established a support service for those impacted by inappropriate behaviour, as well as a standalone command committed to gender equality and inclusion. It has also set up Taskforce Salus, which investigates complaints of sexual assault, harassment and predatory behaviour within the force.

Since it was established in 2015, the taskforce's work has led to 58 dismissals and resignations, and 22 investigations have resulted in criminal charges or charges being considered.

"We work with other areas of Victoria Police to ensure that all managers recognise and respond to inappropriate behaviour in the workplace before it reaches the threshold of criminal and disciplinary processes," Superintendent Janet Stevenson said.

"Driving culture change is essential to build an organisation where everyone feels safe."

Police Association secretary Wayne Gatt said the redress scheme allowed victims to be heard in a supportive, confidential environment “without having to navigate a system that, at times, can prove cumbersome and unduly stressful”.

Get our Morning & Evening Edition newsletters

The most important news, analysis and insights delivered to your inbox at the start and end of each day. Sign up here.