Heidi Klum on raising a blended family: 'It's never easy'

Heidi Klum is making it work.

The 49-year-old supermodel is busier than ever, appearing as a judge in the latest season of “America’s Got Talent” as a new season of her fashion show “Making the Cut” just kicked off on Amazon Prime on Friday, Aug. 19.

What do they think about their mom’s storied, decadeslong career? 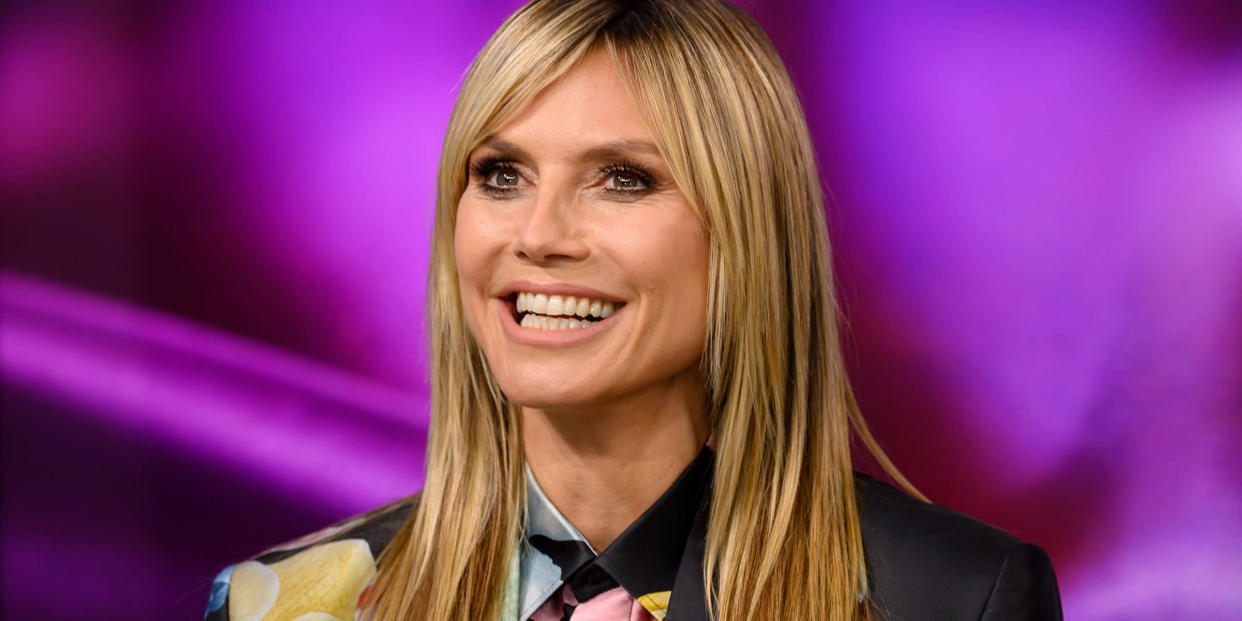 “They couldn’t care less to be honest with you,” Klum told TODAY via Zoom.

“I mean, I’ve dragged them to so many sets already, and unless there is someone on the set that they really care about,” she explained. “For example, I’m doing ‘America’s Got Talent’ right now, we have Freckled Zelda on. She’s a fairy that comes out of the woods.”

“I had never heard of Freckled Zelda before, but my youngest daughter who is 12 is obsessed,” Klum explained. “So she’s like, ‘I have to come to “AGT” next Tuesday,’ and I had whiplash. I’m like, ‘You do?'”

Lou quickly extinguished Klum’s excitement when she explained the reason wasn’t to spend some some mother-daughter time with her mama, it was to get a glimpse of of the viral elf-like creature.

“I’m like ‘Oh, so unless there’s someone they care about, they couldn’t care less.’ I think it’s because I’ve always been on TV since they day they were born and they’ve come so many times that, you know, it’s nothing special to them at this point.” 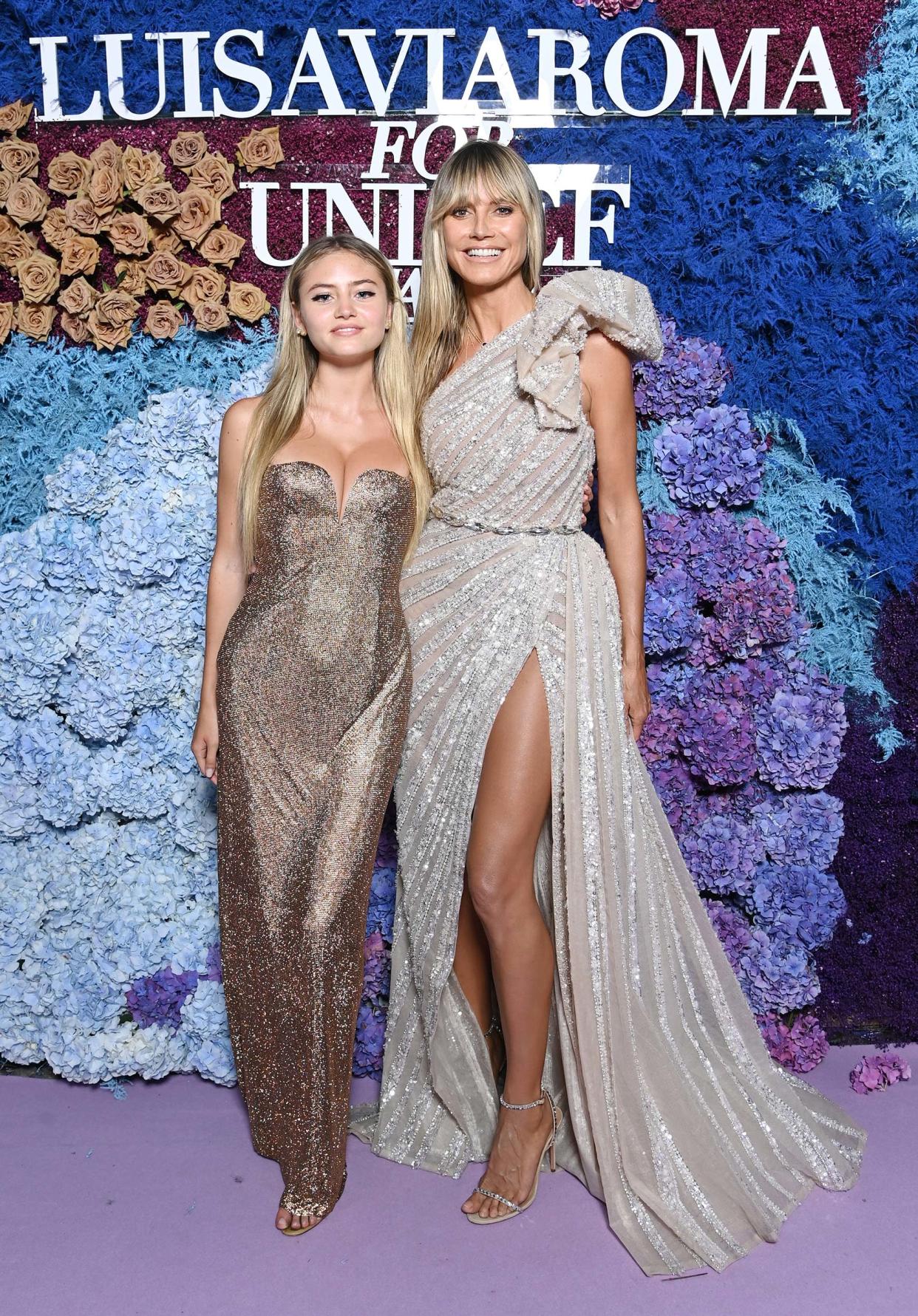 Klum biologically shares her oldest child, Leni, with Italian businessman Flavio Briatore. The couple were never married, and their relationship ended when she was still pregnant. Soon after, she began dating singer Seal, and he was by her side when she gave birth to her first child.

One year later in 2005, they married and subsequently had three children together: Henry, Lohan and Lou. (Seal also officially adopted Leni when she was 5 years old in 2009.) In 2012, the couple separated after seven years of marriage, and ultimately divorced two years later in 2014.

When asked how she makes it work with a blended family, Klum responded, “I mean, it’s never easy.”

“Obviously when you get married and you have children, you hope for that to last forever,” she added. “When I said ‘yes’ I meant yes forever. Unfortunately, that was not the case, and so you try to do your best to keep your children as happy as possible and keep them as grounded and loved most as possible.”

“But other than that, this is life,” Klum said. “Life has its ups and downs and even though I always wanted the forever house with the picket fence and the dog and the kids — it somewhat came through — other things have fallen apart. And you know, new love comes along and I don’t know — as long as everyone is happy, then I’m happy and we’re all in good place.” 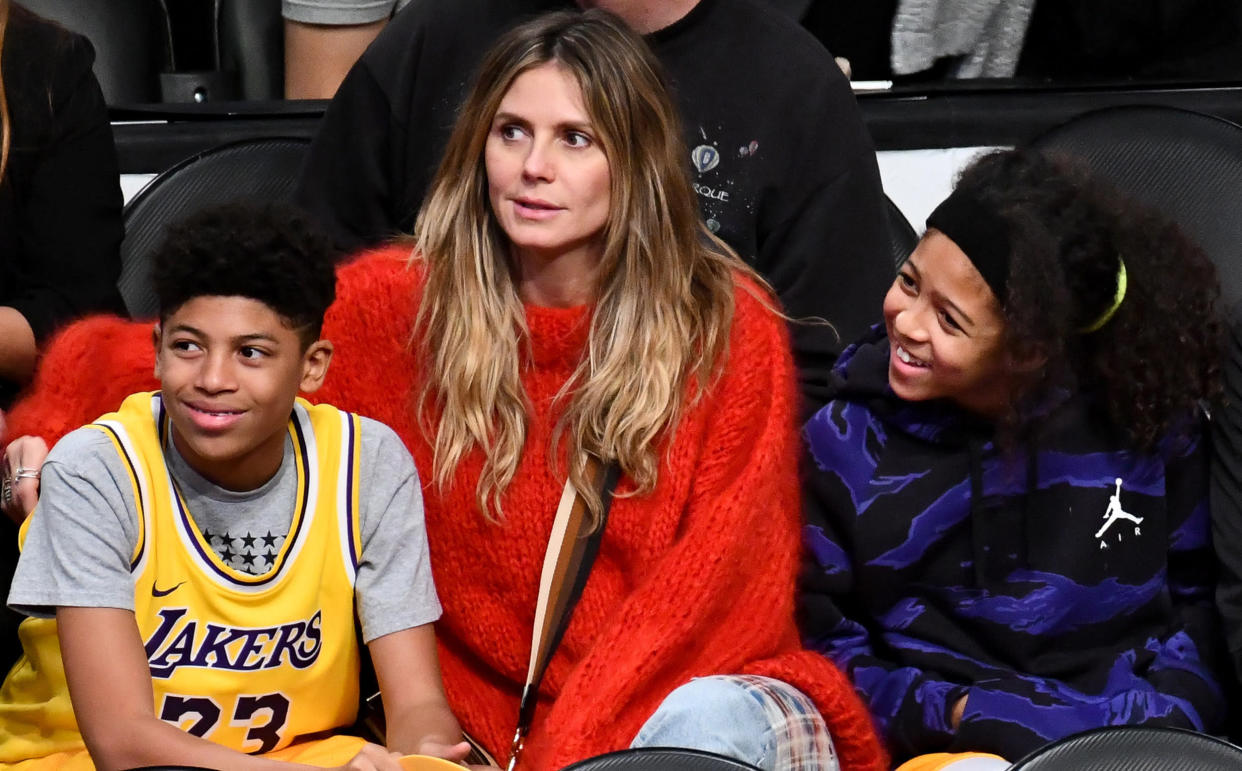 Klum is still in awe how big her kids have gotten — emotionally and physically — and because of their physical attributes, she doesn’t count out on a modeling runway or two in their futures.

“How are they so much taller than now?” she said. “I’m 5′ 9” and my boys are now 6′ 3″. They’re huge. It’s a joke. When we come in somewhere I don’t think anyone believes that those are my boys. They’re so tall and they’re so handsome. They could be also walking down some runway very soon. Sometimes they joke about it. They fro their hair out so big. They put on cool clothes or glasses. We put music on and they’re walking around the house like they’re doing fashion shows. So there’s a lot of life and madness in our house.”

On Tuesday, Aug. 24, Klum honored an exciting but heartbreaking moment in her life: sending Leni off to college. Klum shared a photo of herself pregnant with her firstborn walking in the Victoria’s Secret fashion show with a sweet caption commemorating the big milestone in her family’s life.

“Today is your big move to head off to college,” she wrote. “Seems like only yesterday that this photo was taken when I was four months pregnant with you safe and sound in my belly. Sometimes I wish I could always have you that close but I know it’s now time for you to go spread your wings and fly.Take flight, be safe and shine bright my @leniklum.”