Home » World News » House with one of England's finest private gardens for sale at £2.5m

House with one of England's finest private gardens for sale at £2.5m

Georgian country house with one of the finest private gardens in England including maze and croquet lawn goes up for sale for £2.5million

A Georgian country home that has one of the finest private gardens in England has been put on the market for £2.5m.

Glanton Pyke has only been owned by three families in its 270-year history and was requisitioned and used as an officers’ mess during the Second World War.

It has a beautiful listed walled garden in its 18 acres of grounds which were landscaped in the early 19th century. 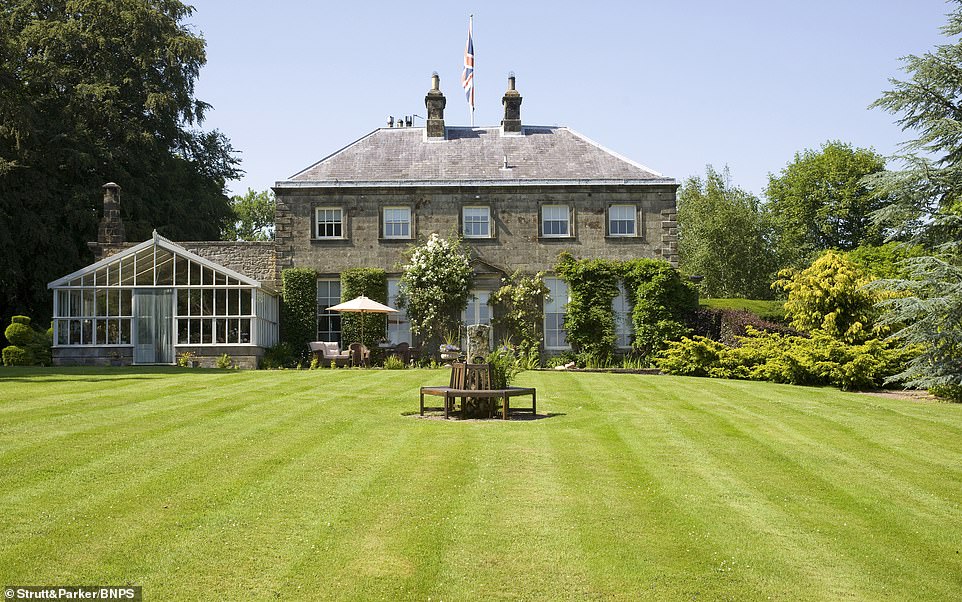 The stunning Georgian country home Glanton Pyke  near Alnwick, Northumberland has gone on sale for £2.5m 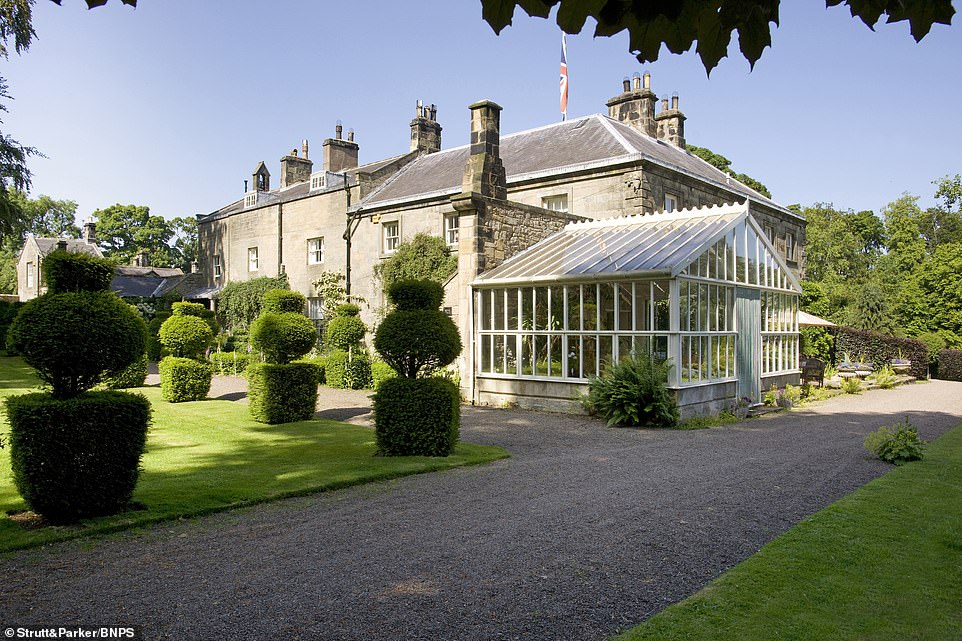 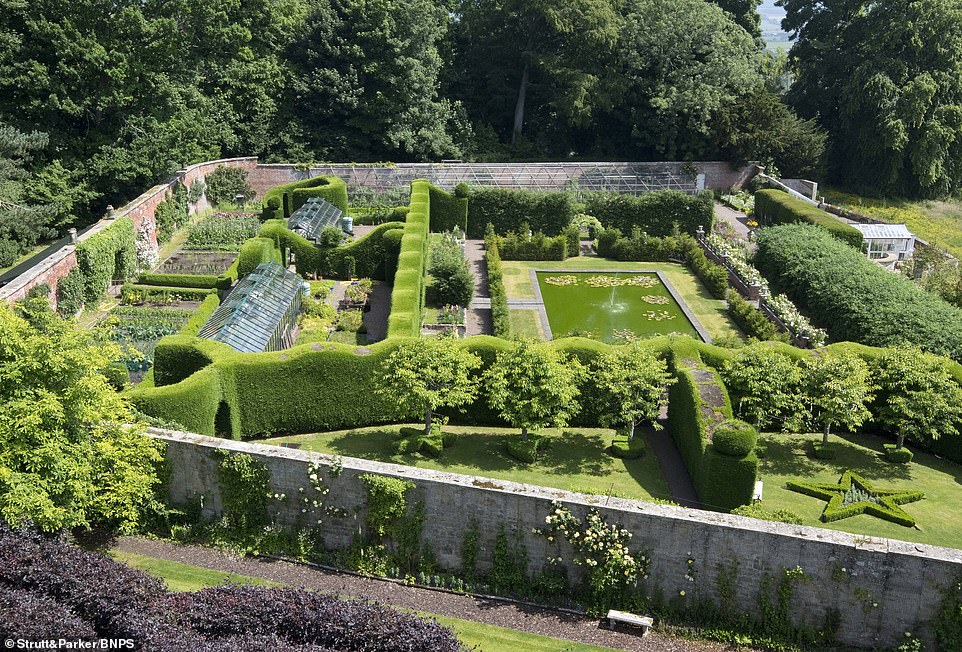 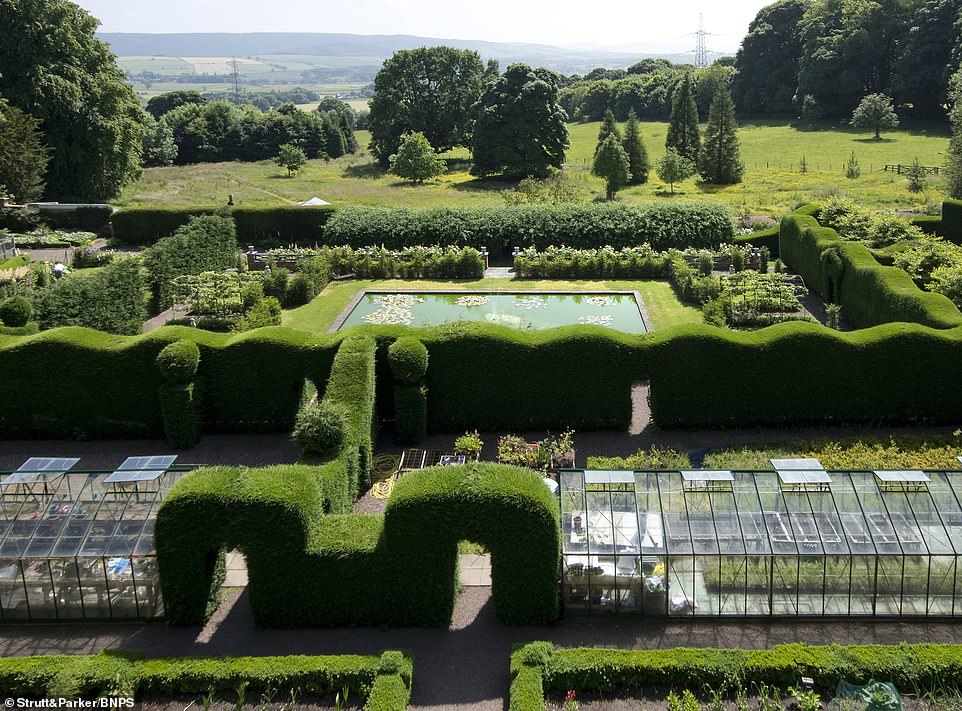 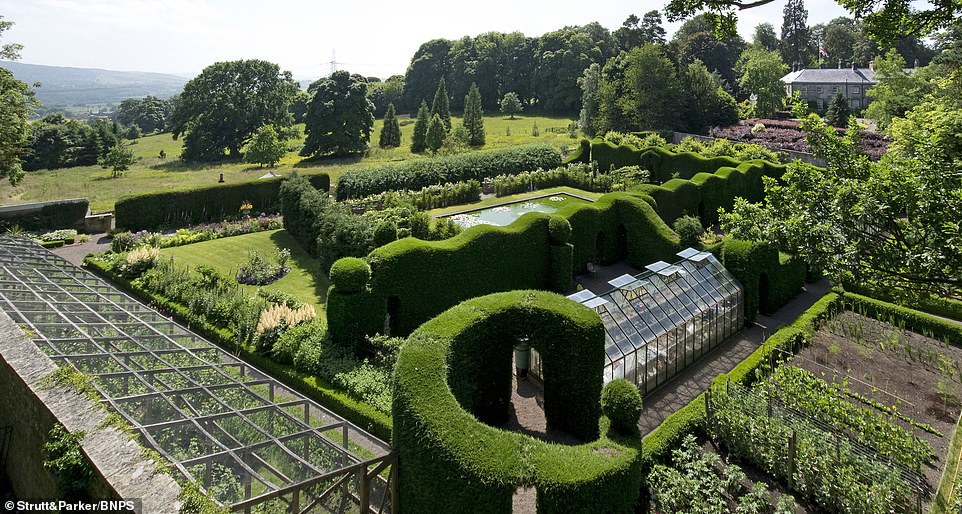 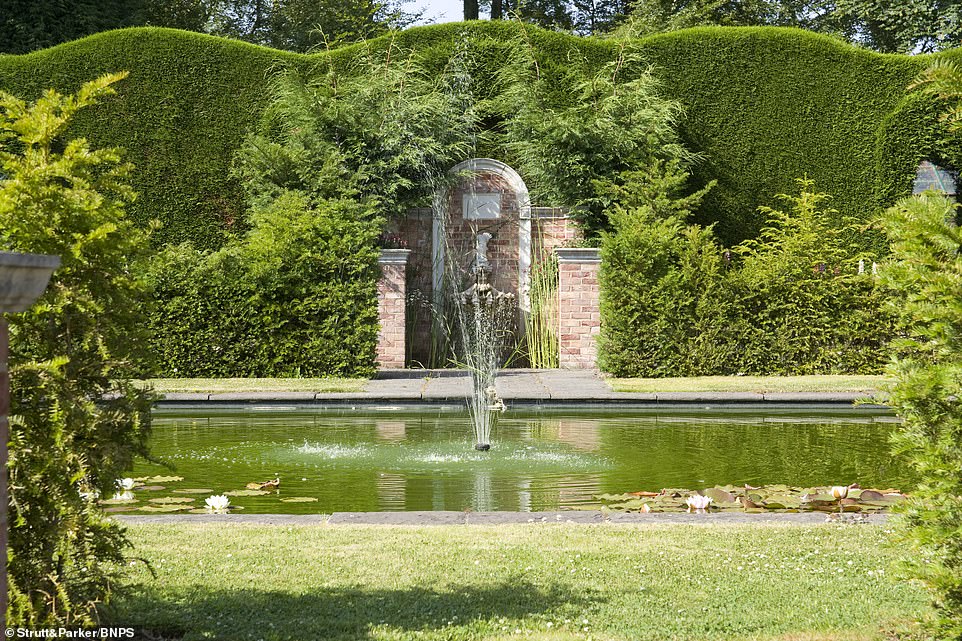 The gardens include a beech hedge maze, a croquet lawn, the walled garden, an Italian garden with a large fishpond and fountain at the centre, fruit trees, a kitchen garden, greenhouses, parkland, a flowering meadow and woodland.

The property, which is nine miles from the market town of Alnwick, Northumberland, also has ‘spellbinding’ views over the Whittingham Vale and Thrunton Woods.

The house was built in the mid-1700s by the Mills family, lived in by Joseph Mills, his wife Margaret and their five children.

Two of the children married members of the Collingwood family and when John Mills fell into debt he sold it to his uncle Henry Collingwood in 1820. 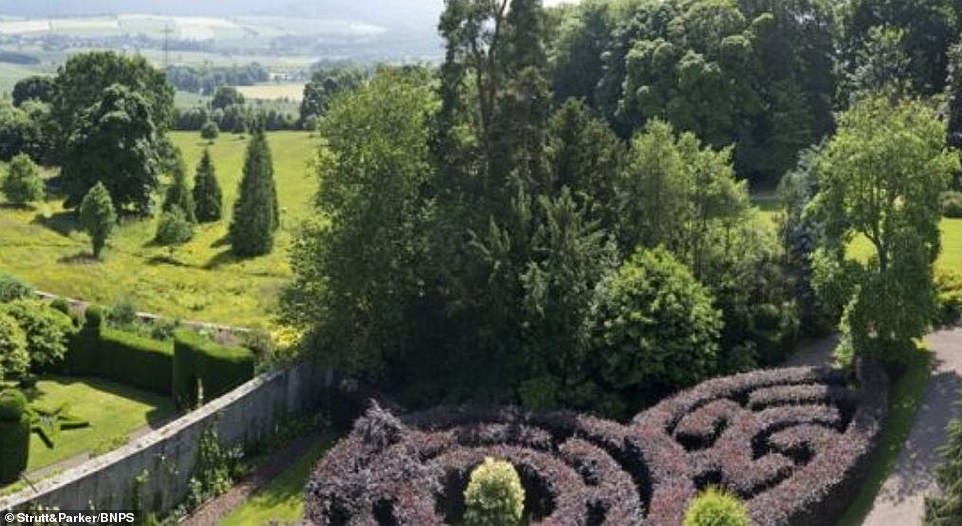 Amongst its many attractions, the property also boasts a small maze on the outside of the listed garden walls 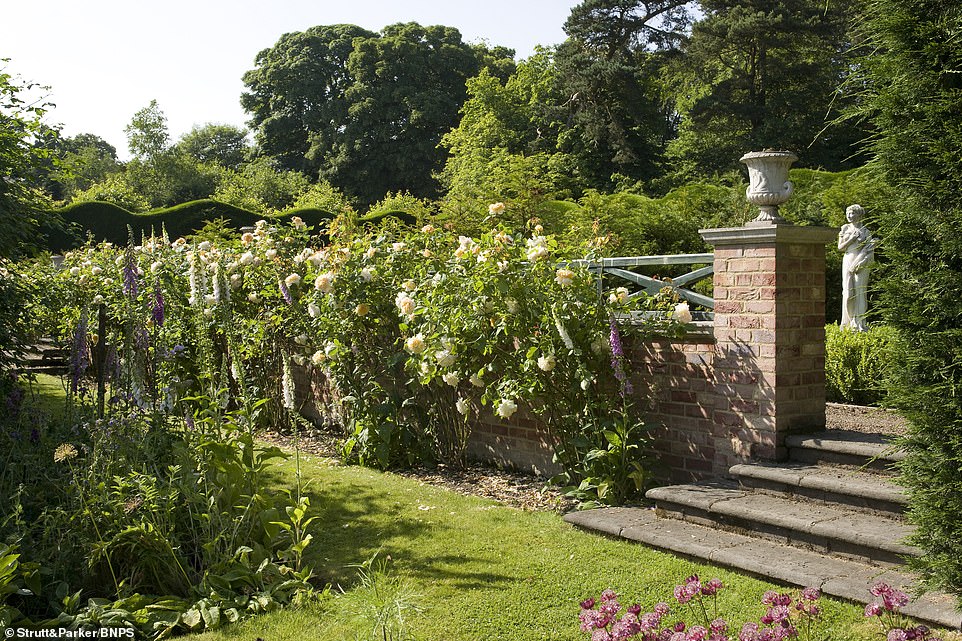 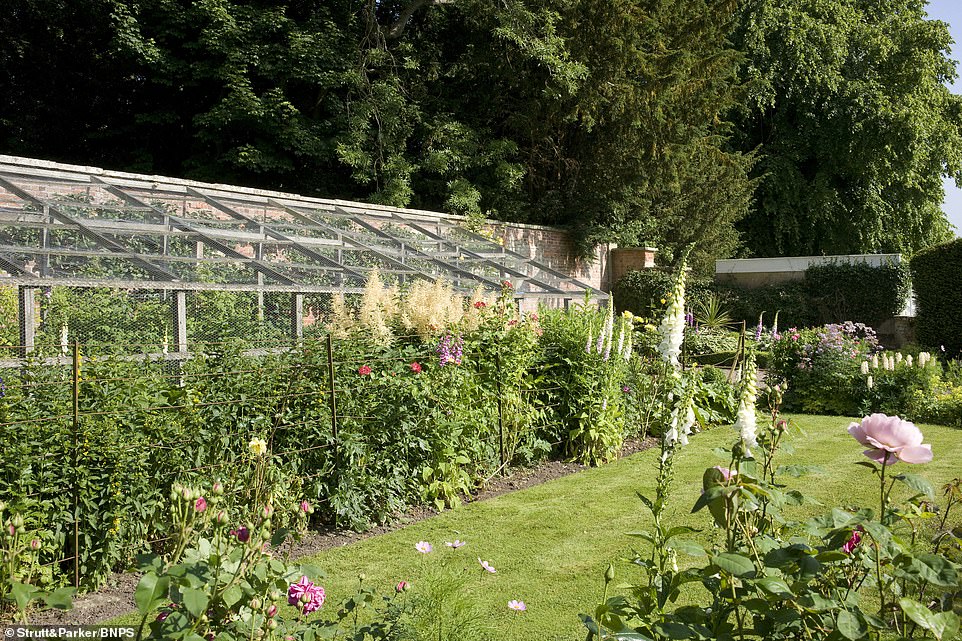 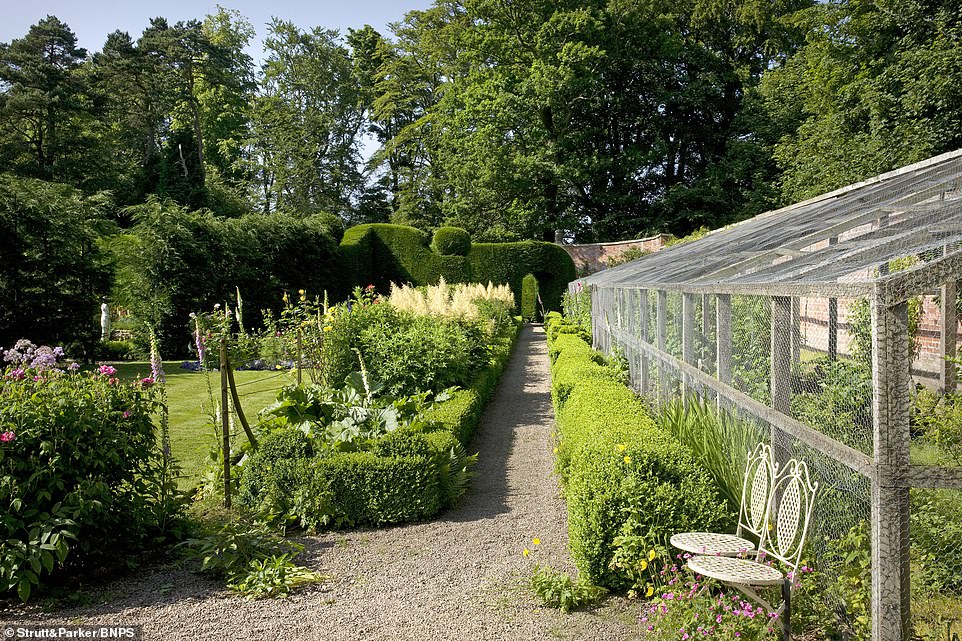 A stony path provides a walkaway around the large gardens, while there are a couple of chairs to  help take in the scenery 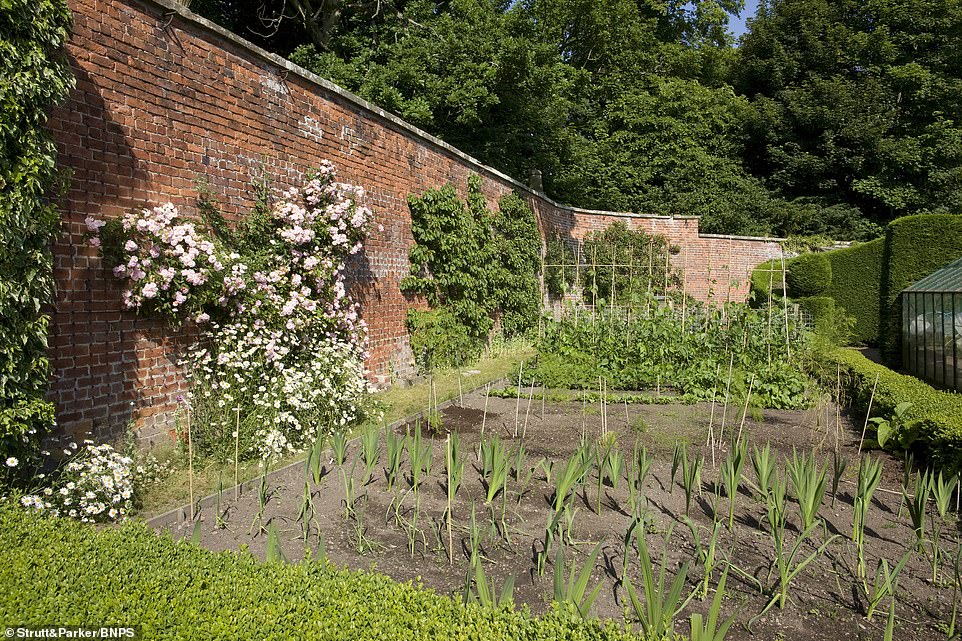 With plenty of gardening land, the country house has been targeted at those ready for a rural life and are ‘green fingered’

Built in the 1700s, the property also has ‘spellbinding’ views over the Whittingham Vale and Thrunton Wood

Henry commissioned renowned architect John Dobson to remodel the house and add a wing, before leaving it to his son Frederick Collingwood in 1825. He extended the house and planted a stunning garden and added outbuildings.

It stayed in the Collingwood family until 1987, when it was bought by the current owners, who have extensively restored and repaired the house and grounds in their 30-plus years there.

The house has an entrance hall, drawing room, living room, library, dining room, orangery, kitchen/breakfast/family room, laundry room, office, four bedrooms, including a master bedroom with en suite and dressing room, and a guest flat with two bedrooms, a sitting room, a kitchen and a bathroom. 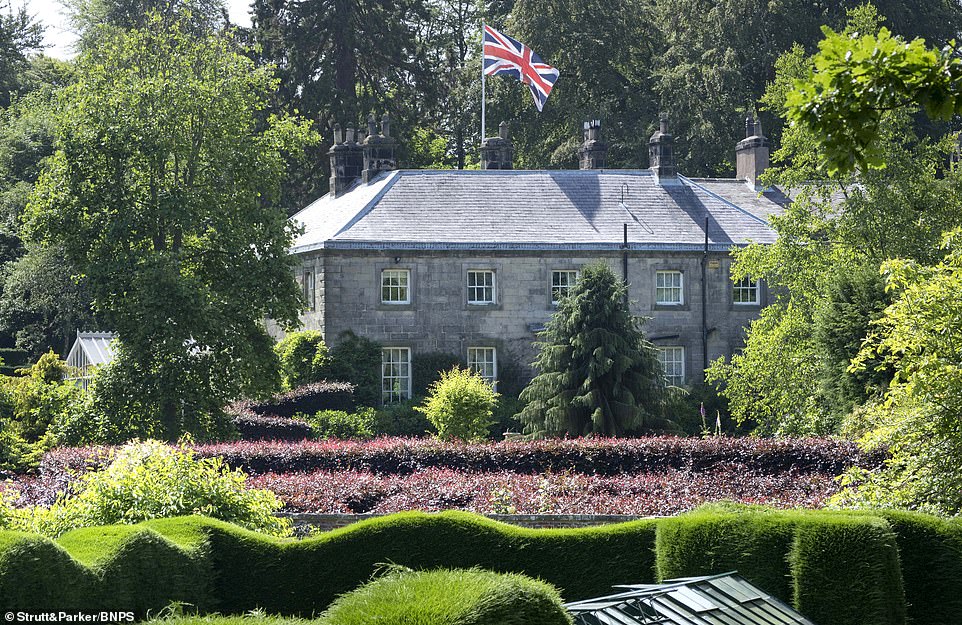 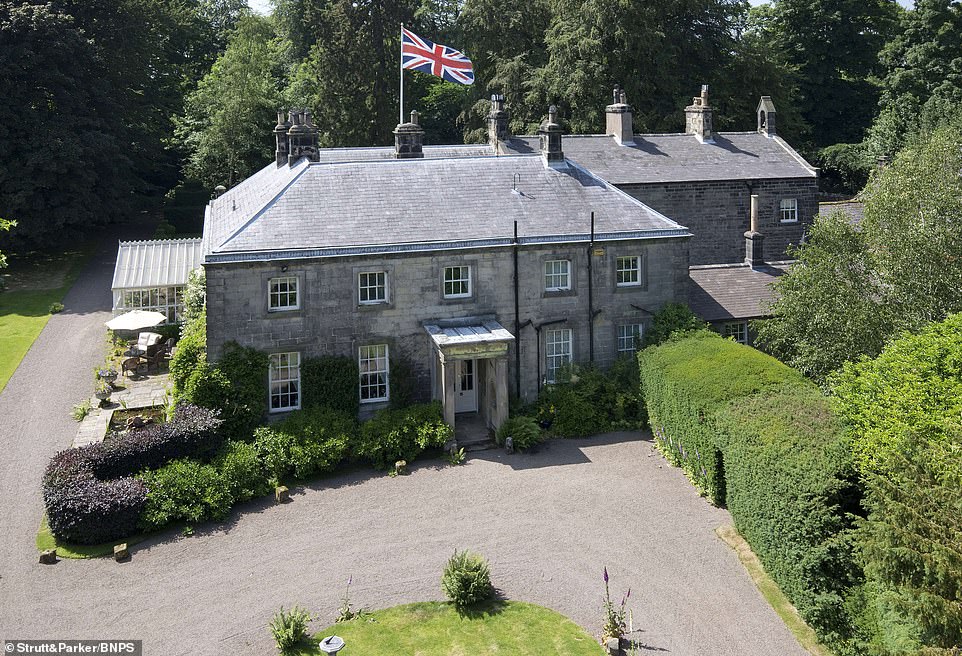 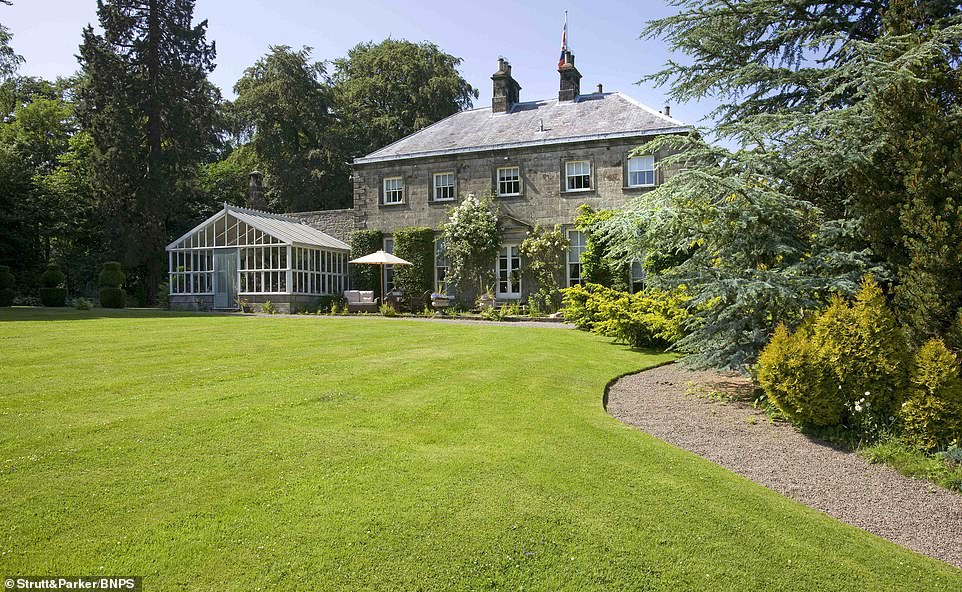 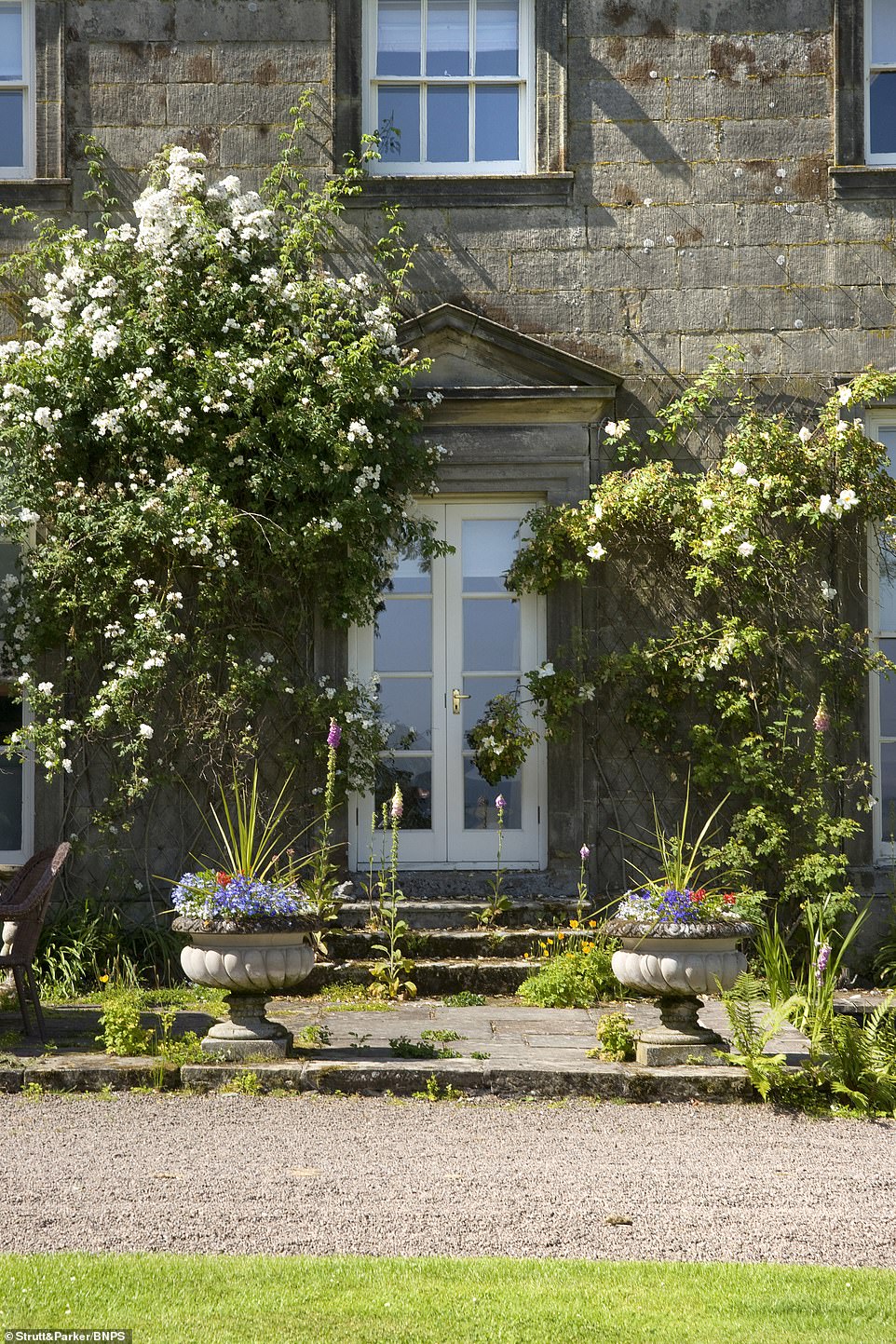 There is also a separate two-bedroom cottage on the east along with a range of outbuildings including a wood store, game larder, garages, workshop and stables.

Jason Roberts, from Strutt & Parker, said: ‘The property has a lot of things that make it special and appealing to buyers. It sits in a great position, giving you absolutely fantastic views over the Northumberland countryside and the history of the property is very interesting.

‘It has been tinkered with by one of the north east’s most famous architects, John Dobson, so it has great local history to it.

‘The formal gardens are absolutely gorgeous and outside of lockdown the owners normally open those up to the public for a few days in the summer to raise money for charity.

‘You could spend all day just walking around the formal gardens, but it also has paddocks and some woodland. 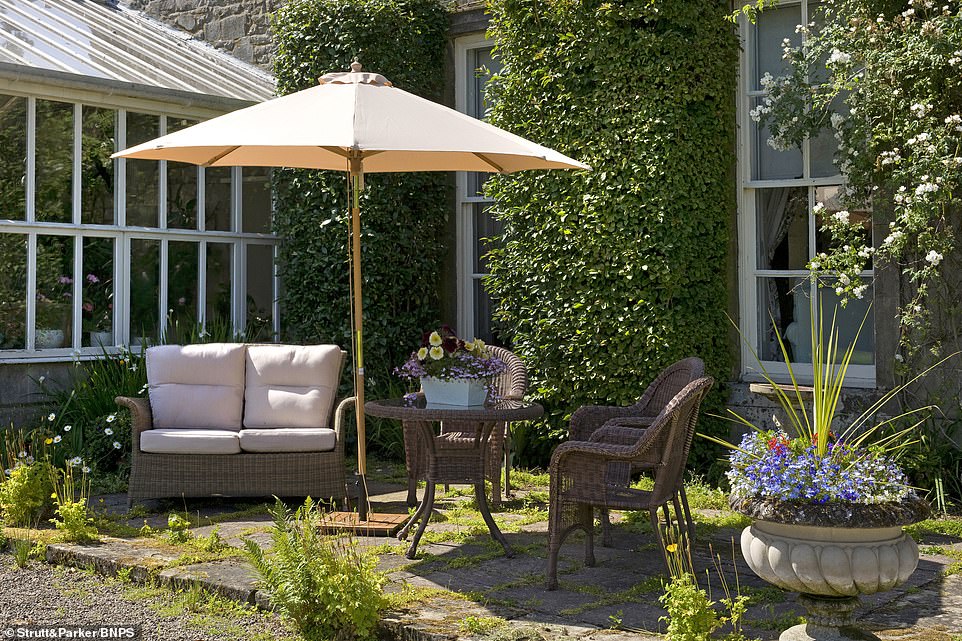 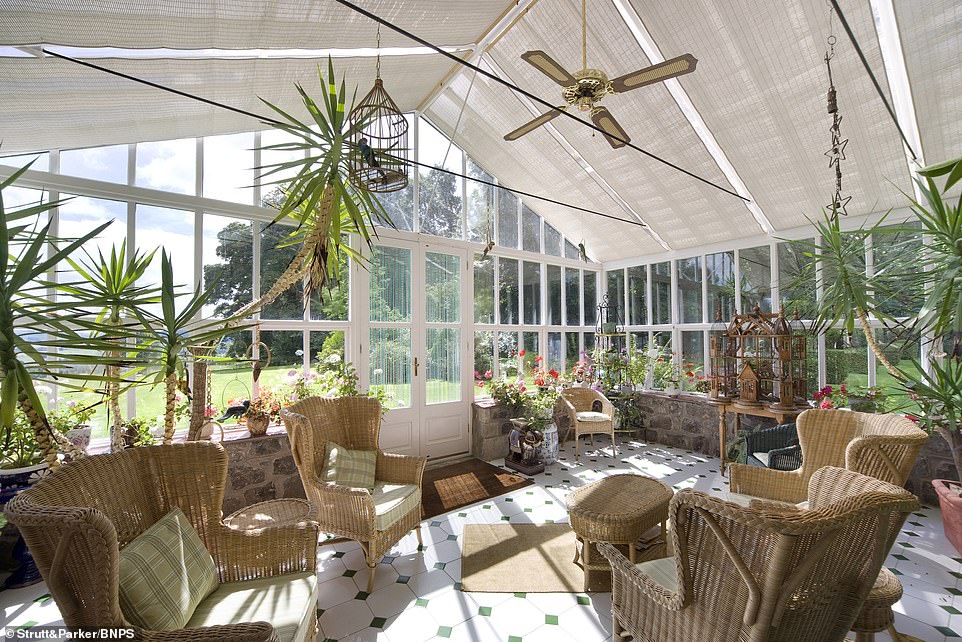 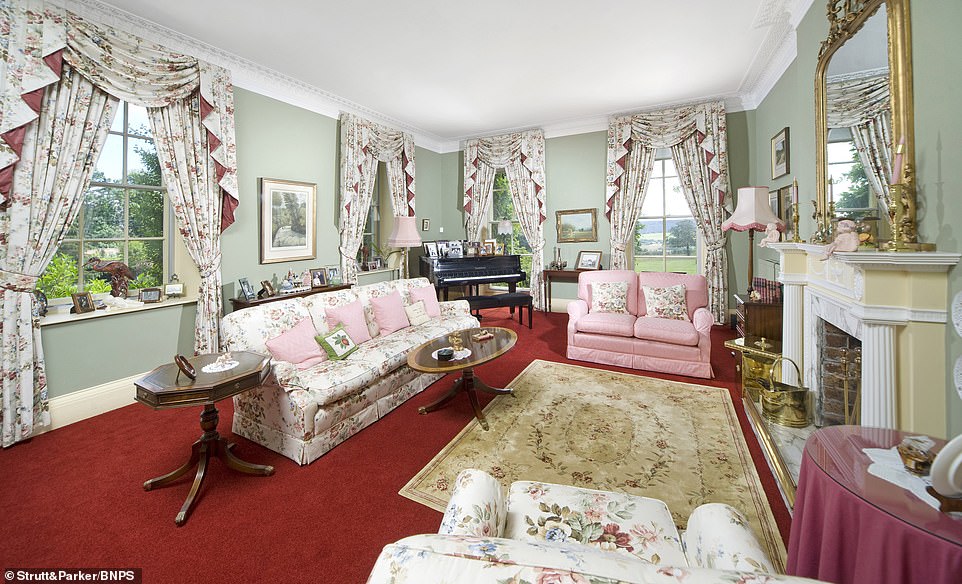 Inside the property, rooms that allow plenty of natural light are featured including one with a cosy fireplace nearby 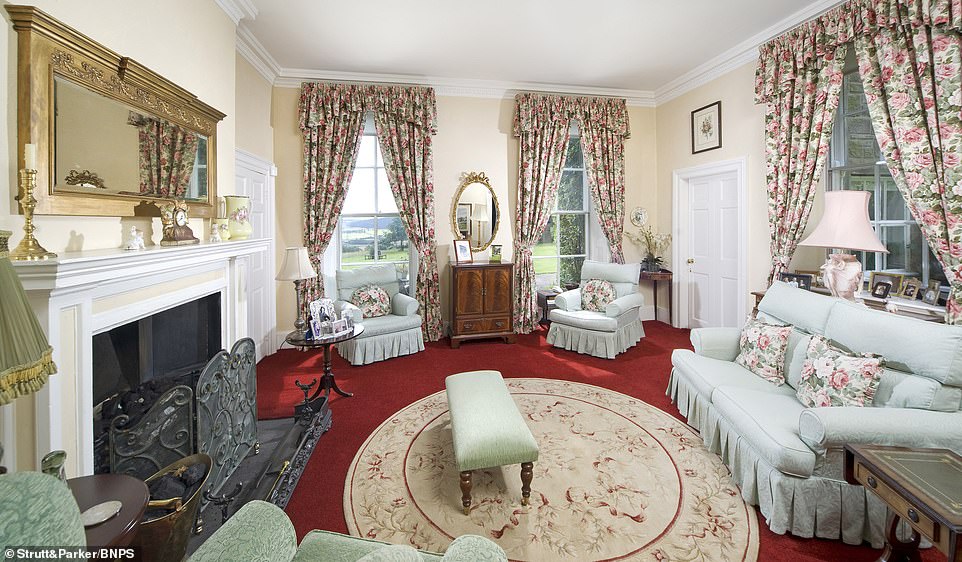 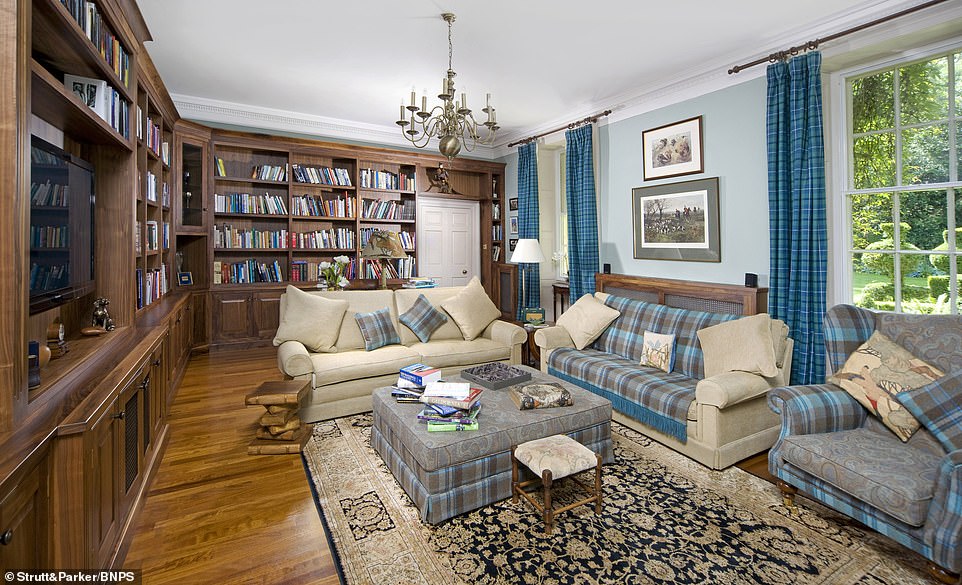 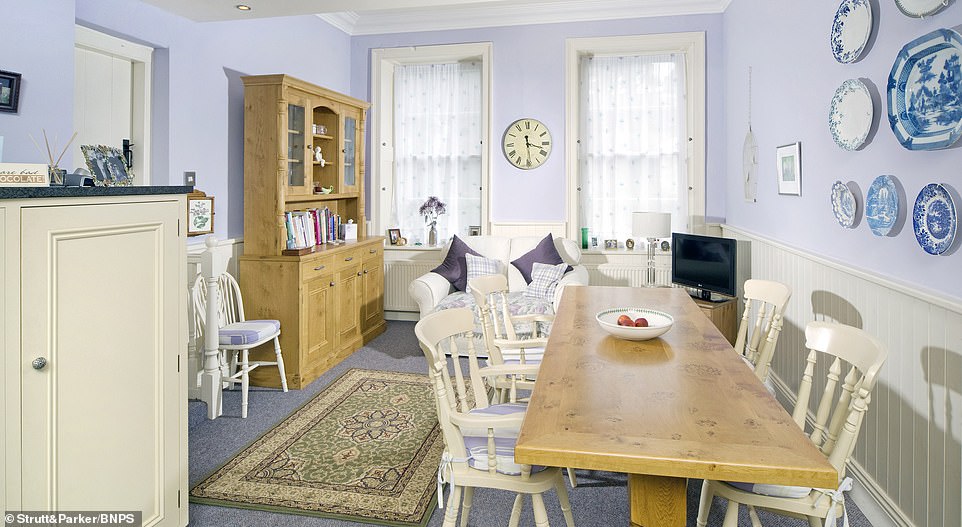 A small dining area that seats four also contains a two-seated sofa and a rug, with a  small television placed in the corner 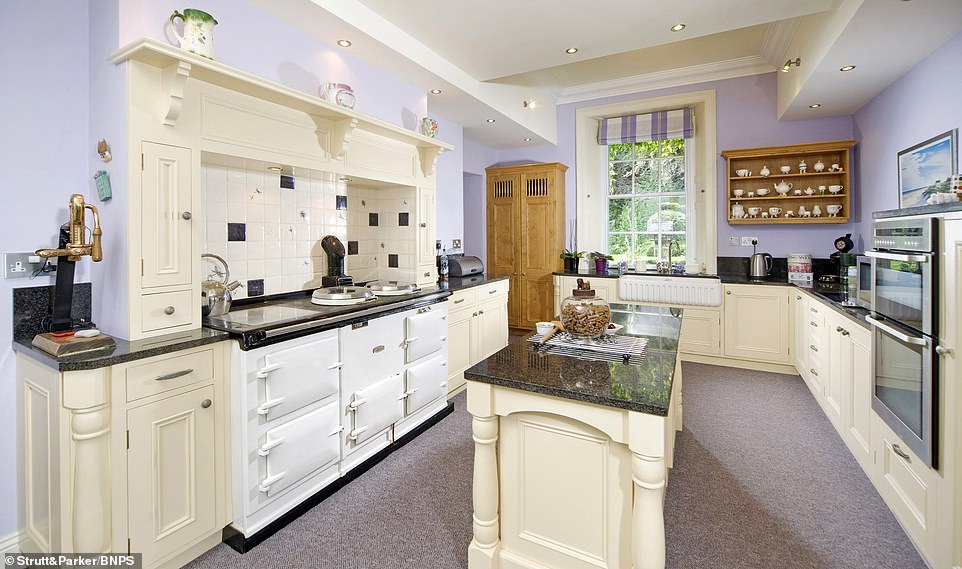 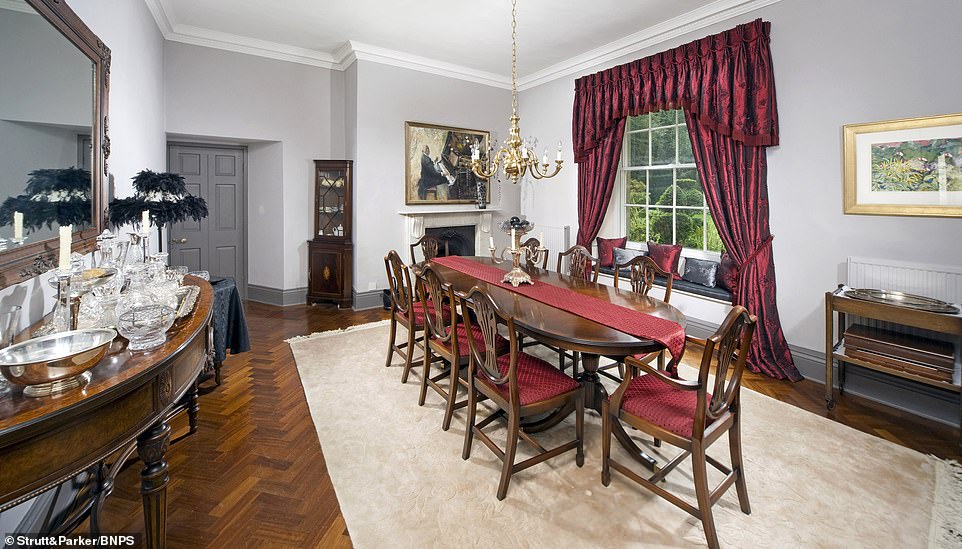 ‘If you were thinking about a country house and ticking all the boxes, this property does all of that.

‘The current owner runs a business from an office there so it has that ability if someone wants to work from home and it’s got a cottage next door which could be for family or a holiday let so it offers potential for that as well.

‘Its location is key – you’re close enough to the main facilities of Alnwick and you’ve also got the village of Glanton a few minutes’ walk away. But at the same time it’s very private.

‘It’s on the outskirts of the village so you can get involved in the community as much or as little as you want.

‘It will appeal to someone who wants that rural life and who is very green-fingered.

‘The current owner gets involved but does have a couple of gardeners to help keep the formal gardens.

‘It would also be someone who appreciates that sense of history and tradition.’ 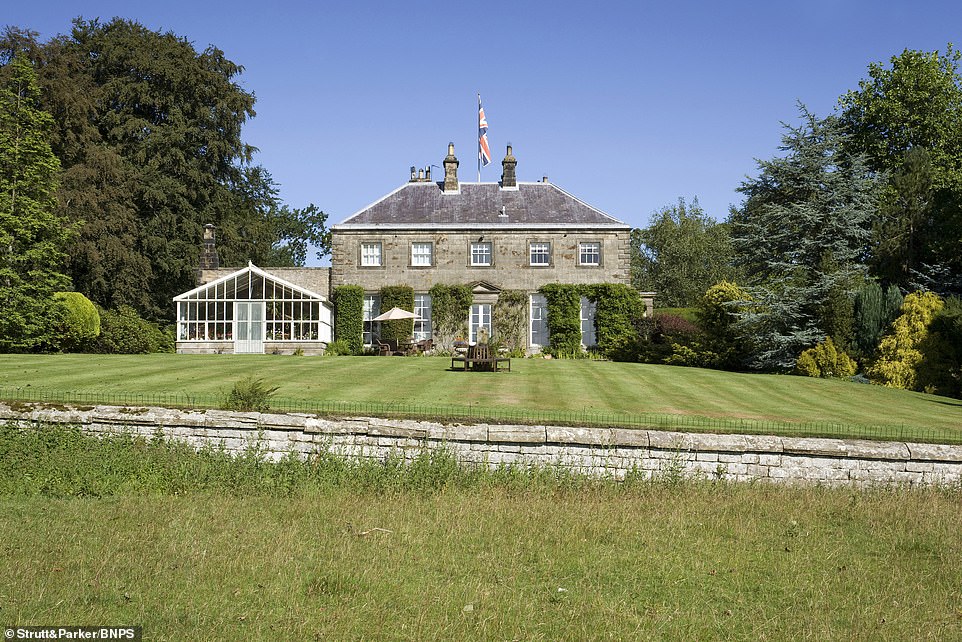