The documents, published yesterday in German newspaper, Bild, revealed that the Stasi were closely tracking the movements of James Bond film crew while filming in Berlin on August 10, 1982.

A Stasi report stated that the crew had ‘violated’ the border of the Berlin Wall by about ‘4 to 5 metres’ while they shot a scene at Checkpoint Charlie, the most famous of the seven border crossings into East Berlin. 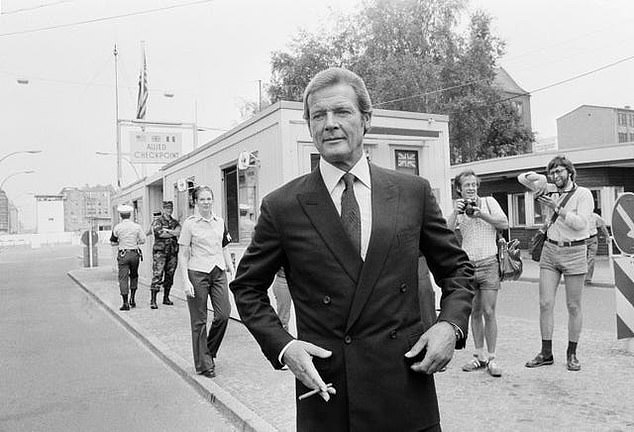 In the classic movie scene, Roger Moore, as 007, was ­chauffeured in a dark Mercedes 200 to Checkpoint Charlie to meet ‘M’, the head of British intelligence, played by Robert Brown.

The same scene was reshot a number of times at the request of Octopussy director John Glen, with the Mercedes driving up to the East-West German border during each take before turning around.

However, the crew did not realise that while turning, the car was crossing into East Germany.

It is now known that the feared and brutal intelligence and secret police agency who ran the communist state of East Germany were tracking the car’s every movement. 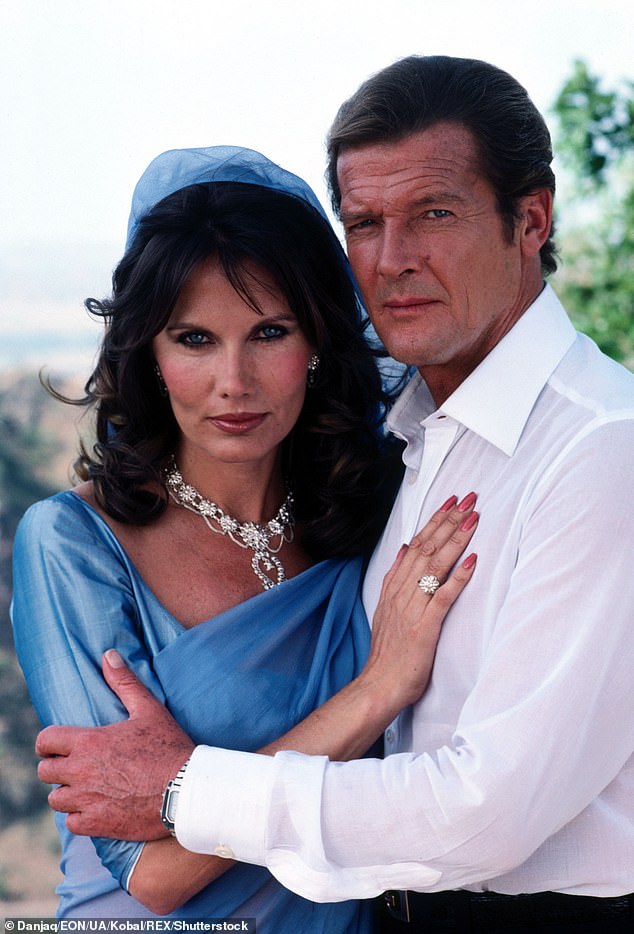 In the classic movie scene, Roger Moore (pictured with co-star Maud Adams) was ­chauffeured in a Mercedes 200  to meet ‘M’, but while turning his car ‘violated’ the border of the Berlin Wall

The Stasi officers’ report said: ‘When turning, the vehicle violated the state border four times by about 4 to 5 metres.

‘Report on filming of a ‘James Bond’ movie, in the western apron of the border crossing point Friedrich/Zimmerstrasse on August 10, 1982, between 7:30am and 1:33 pm.

’12 vehicles appeared in the western apron of the border crossing point… most of them parked in the parking lot behind the house Zimmerstrasse 19 a.’

The Stasi was the official secret police agency of the former East Germany which was established in 1950 and had up to 100,000 employees by 1989 but was disbanded when Germany reunified in 1990.

One of the Stasi’s main tasks was spying on the population, primarily through a vast network of citizens turned informants, who spied on and denounced colleagues, friends, neighbours, and even family members.