Knight of passion! Stunt rider dubbed ‘the missing Hemsworth’ is bombarded with lusty messages from fans as online videos of the medieval jousting re-enactor are watched a million times

A stunt rider dubbed as ‘the missing Hemsworth’ was inundated with lusty messages from online fans as an online video of the medieval jousting re-enactor was watched a million times.

The shredded Will Arnold was the main attraction and star focus in the War of the Roses drama at Warwick Castle.

In the video the 32-year-old stud can be seen smiling and walking up to the camera in a black long-sleeve t-shirt before covering the front of his camera.

The TikTok video created the illusion of suddenly changing into his silver metal plate armour.

At the end of the footage the actor is seen riding his horse during the drama while dozens of spectators watch on. 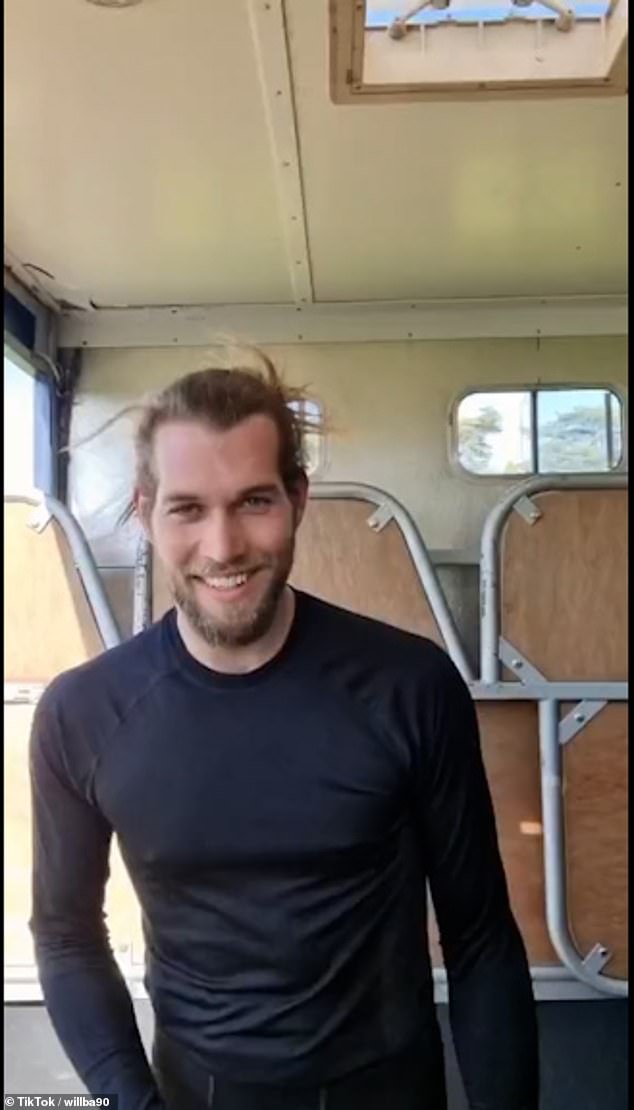 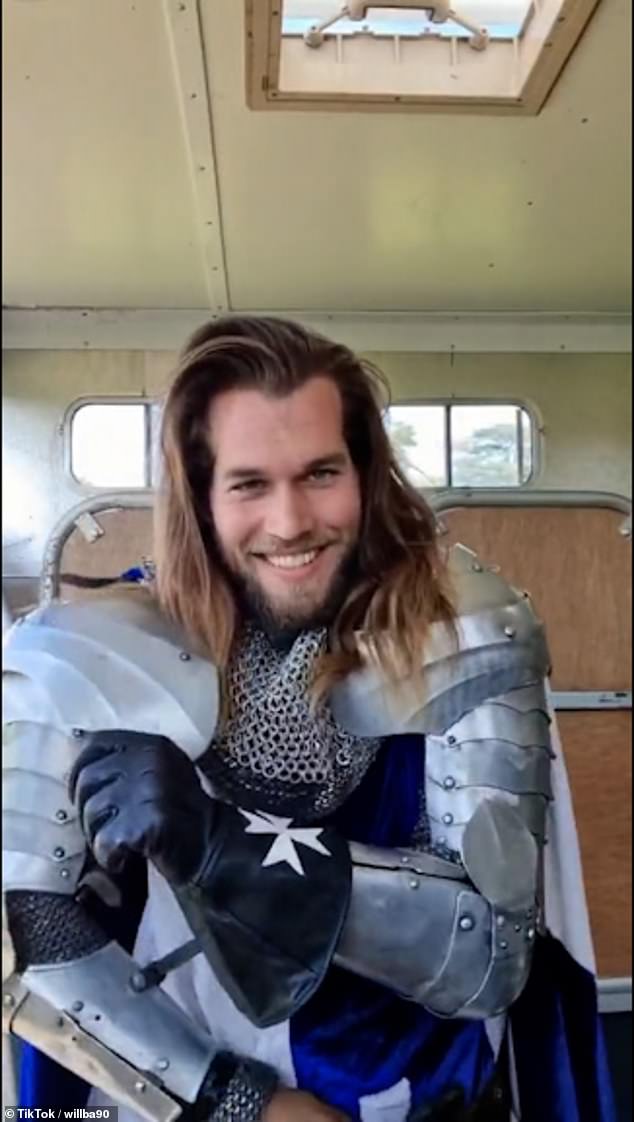 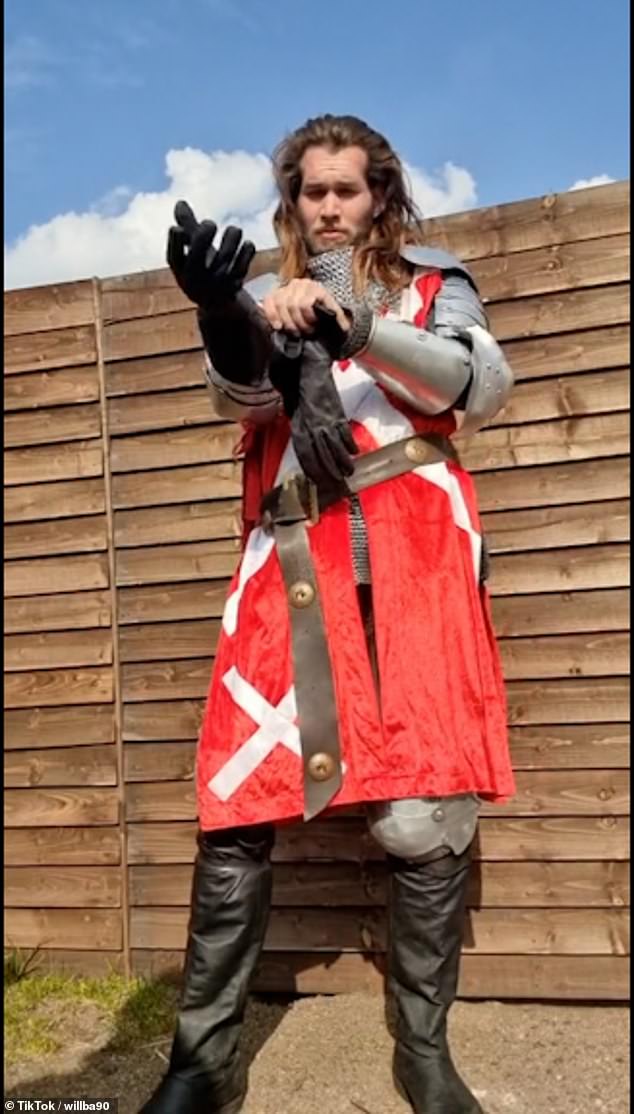 The handsome chap has been part of a re-enactment of the War of the Roses  between the Houses of York and Lancaster at Warwick Castle.

In response to some of the racy messages he has been receiving, Mr Arnold said: ‘It’s come as a huge surprise to me.

‘I’ve never had this sort of attention before. I’ve just been focusing on doing my job and putting on the best show that we can do.

‘But I knew something was up when I started getting loads of messages from women out of the blue.

‘My mum thinks it’s hilarious and she’s telling all her friends.

‘My job is very physical. I try to eat correctly and I work out. I’m training for the London Marathon.

‘I have to be in the best shape so I can give my best for the team.’ 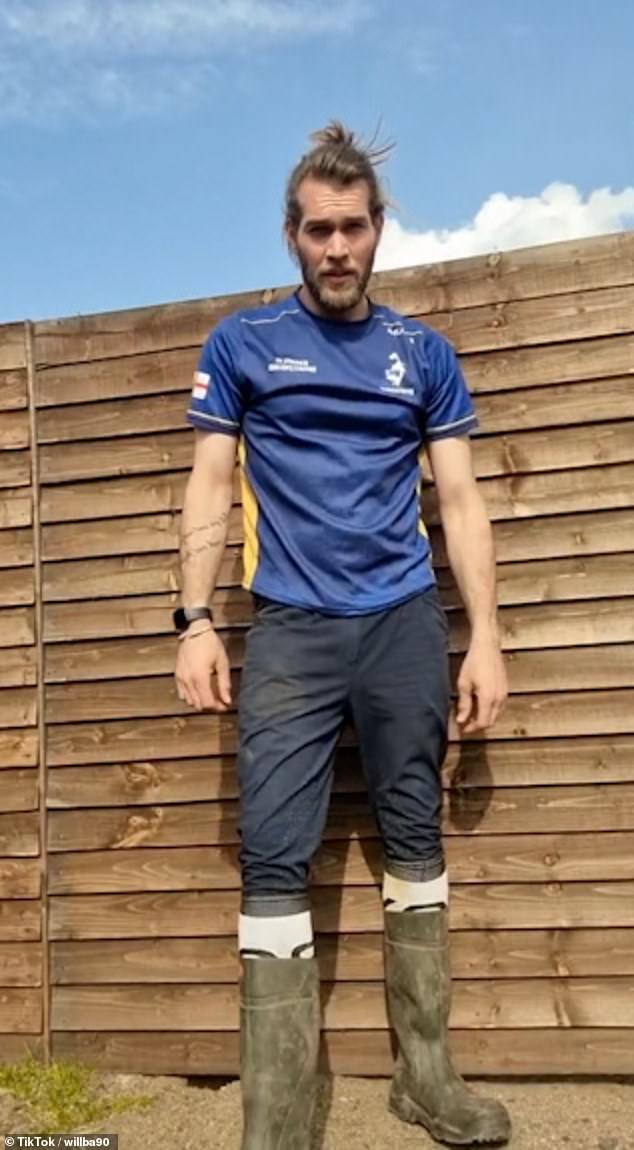 The Birmingham-based lad is a regular hose rider and played Edward IV in the jousting shows.

Warwick Castle was used as a prison in the 15th Century war and Edward was subsequently thrown in the make-shift jail in 1471.

On his TikTok video Mr Arnold has been bombarded with lusty comments.

On social media one user put: ‘I’ve seen you guys at an event you’re brilliant! And easy on the eye.’

Another replied to the video saying: ‘I’m pretty sure it’s illegal to be that handsome.’