THE Irish EU chief has quit after being accused of breaking lockdown rules to attend a golf event.

Phil Hogan announced this evening he would step down, saying he deeply regretted the trip caused "concern, unease and upset". 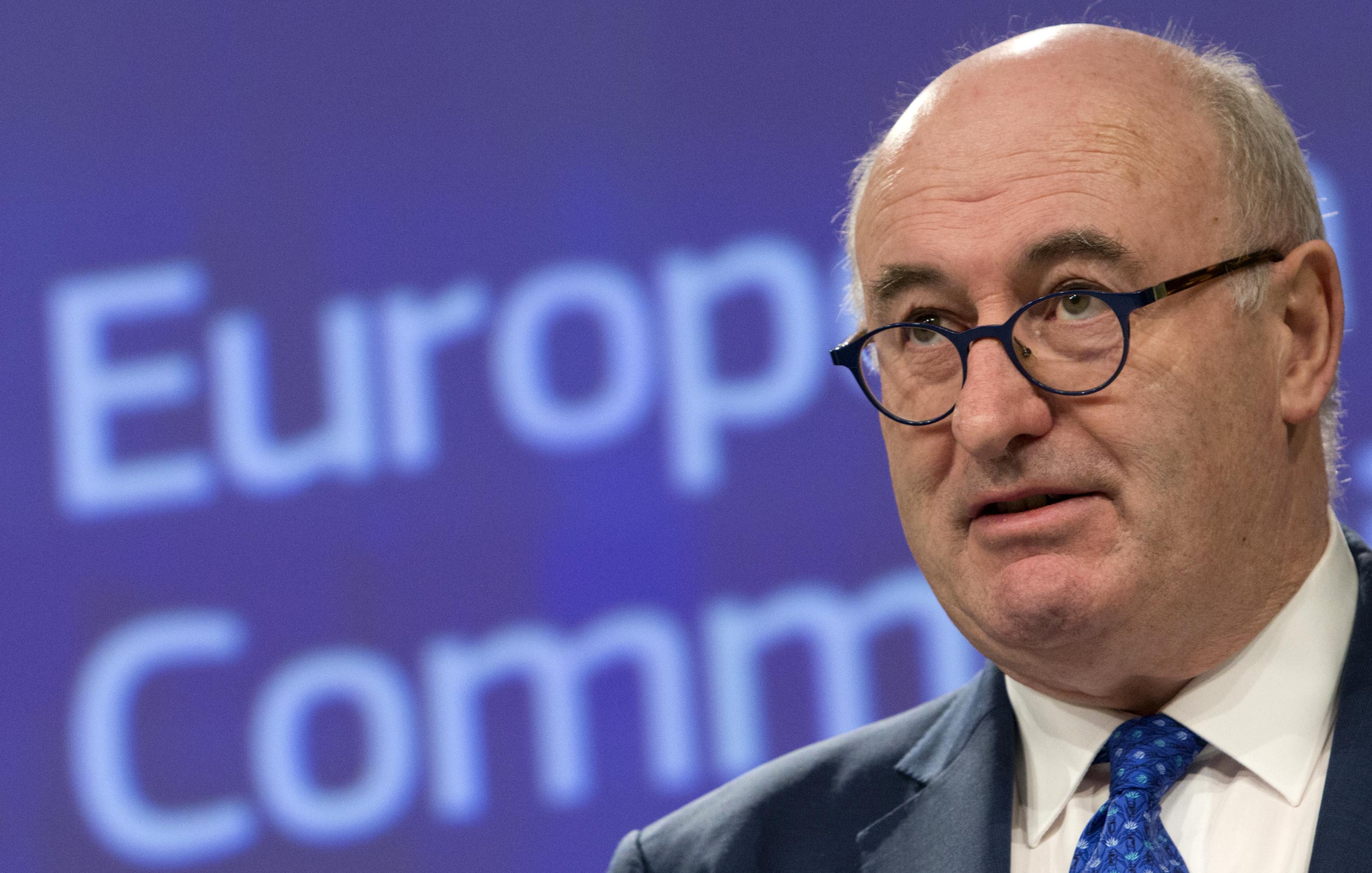 He came under fire after going to an Irish parliamentary golf society dinnerlast week with 80 other people in the midst of the coronavirus pandemic.

The EU chief had insisted he hadn't broken any rules and fought to keep his job, but made the shock announcement today.

He said: "This evening I have tendered my resignation as EU trade commissioner to the President of the European Commission, Dr Ursula von der Leyen.

"It was becoming increasingly clear that the controversy concerning my recent visit to Ireland was becoming a distraction from my work as an EU commissioner and would undermine my work in the key months ahead."

Mr Hogan had been expected to play a key role in establishing the EU's relationship with Britain following Brexit.

He travelled around Ireland during his summer break from Brussels, despite official rules stating he should have self-isolated for 14 days due to the rate of infection abroad.

Mr Hogan was among 81 guests who attended a controversial golf dinner in Clifden in the west of Ireland last week.

He said: "I have always tried to comply with all relevant Covid-19 regulations in Ireland and had understood that I had met with all relevant public health guidelines, particularly following confirmation of a negative Covid-19 test.

"I reiterate my heartfelt apology to the Irish people for the mistakes I made during my visit."

Taoiseach Micheal Martin and other senior members of his Government said it was clear the EU official's actions breached public health guidance.

"In respect of his role as a European Union commissioner, I said this before, the Tanaiste (Leo Varadkar) has said it, he's performed well as the commissioner and that's not something I'm going to resile from in terms of his performance as commissioner.

Mr Martin also said the Government had to make the public's anger known to the commission over accusations Mr Hogan breached guidelines.

That event attracted widespread anger since it came a short time after Ireland tightened its restrictions amid a rising number of coronavirus cases.

Large social gatherings are discouraged to hamper spread of the virus.

The commissioner held significant standing in Brussels after a stint as agriculture commissioner and a long career as a Fine Gael politician.

He was recently involved in negotiating a limited trade deal with the US around tariff reductions.