A VILE blood-filled river in Israel is prompting fears of an imminent "major environmental disaster".

One horrified photographer described the reddened Nahal Alexander waterway as looking "like the Bible's plague of blood in Egypt". 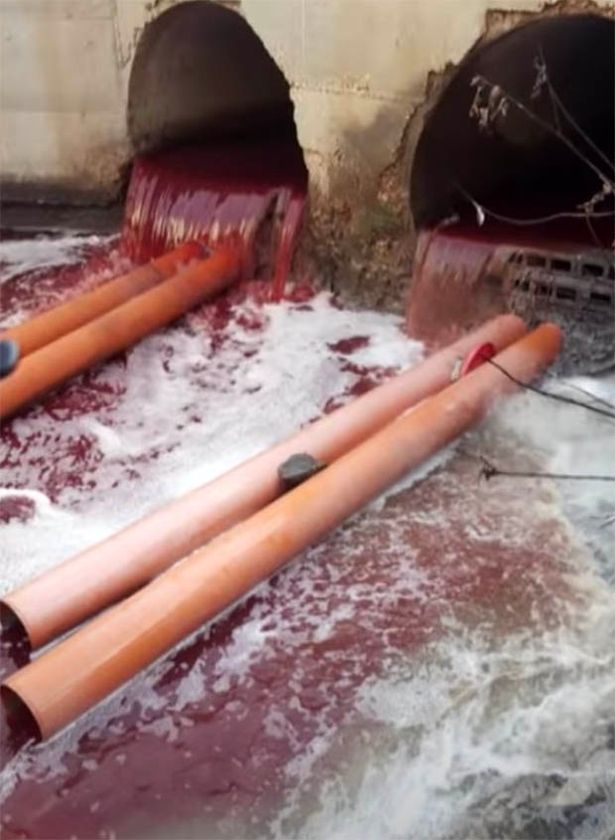 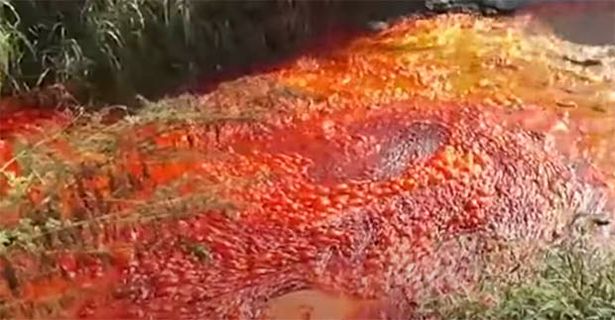 Israeli's media has for weeks been publishing pics of red, blood-filled water gushing into Alexander River – loved for its wildlife and beauty.

Blood, feathers and other animal body parts are pouring out of slaughterhouses "from one or more Palestinian slaughterhouses in the northern West Bank city of Tulkarem", reports the Times of Israel.

The Society for the Protection of Nature warned last month that "Israel's lax laws have enabled the Alexander River – one of Israel's most ecologically important – to turn into blood.

"Polluted runoff from slaughterhouses and other industries have polluted this river and turned it red in the middle of Passover.

"And it's not the first time!"

With the blood pollution coinciding with the coronavirus crisis, the campaign group urged leaders to "realise how vital nature is to our mental wellbeing and act to make sure ecological plagues like this don't happen again." 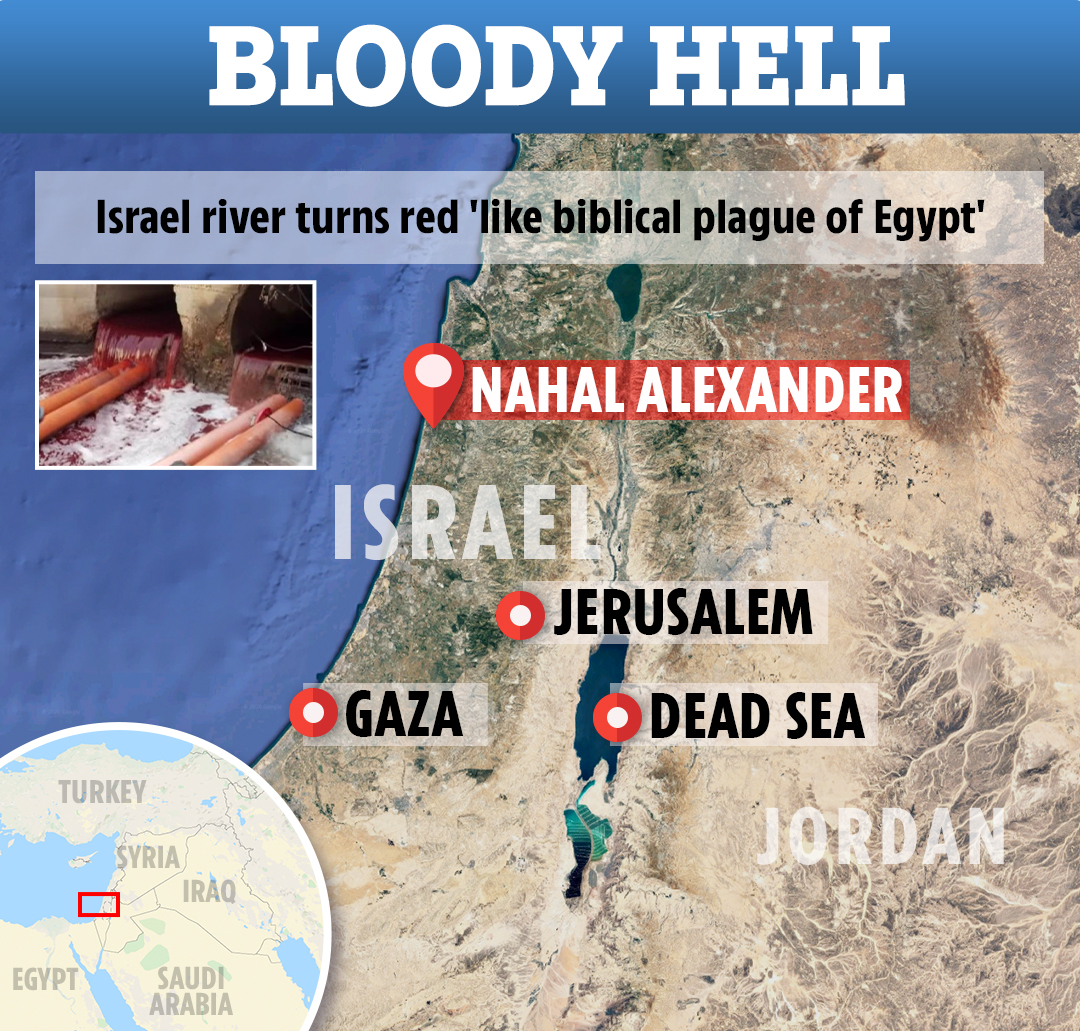 It's called upon the Environmental Protection Minister Ze’ev Elkin to deal with the issue.

The Alexander River runs the width of Israel, from the hills of the Nablus on the West Bank, to the sea.

Tourist Israel says that "until ten years ago, the river was heavily polluted" before a major joint effort by the regional council, with their Palestinian counterparts to transform it.

But, according to the Daily Star a local photographer, Amberto said it now “looks like the plague of blood in Egypt.”

Although the blood and animal waste would normally be cleaned by a purification plant, heavy rainfall has swamped the system, and it wasn't cleared before washing into Nahal Alexander.

The deluges coincide with last month's heavy demand for chicken to supply to Israelis marking Passover, as well as Muslims before the month-long Ramadan festival.

Hareetz news said blood contaminated water oozing from slaughterhouses in the Palestinian Authority, through the Nablus and Nahal streams, had been treated via filtration networks and separation tanks.

Water from the river, which flows from mountain aquifers is used for "the entire population of the region, both Israeli and Palestinian", reports Globes news.

The coordinator of activities in the Occupied Territories said officials from both the "Palestinian side and on Israeli side are carrying out works to clean the Alexander River [of animal parts] illegally dumped by Tulkarm area factories.

"The Civil Administration has been working for months to prevent the waste from entering the river." 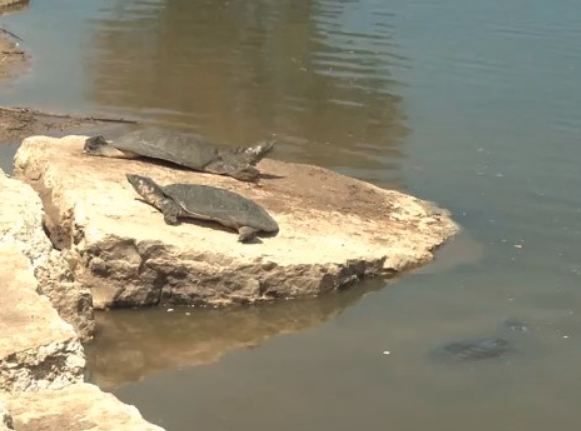 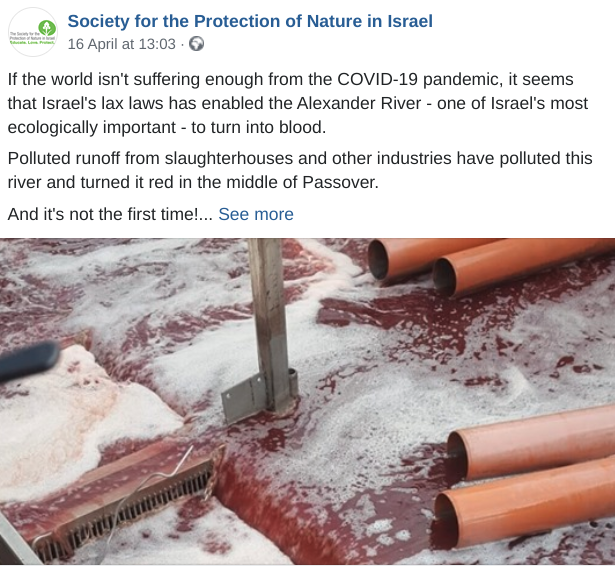