THIS is the jaw-dropping moment an Aussie bloke shoos off a gigantic 16ft crocodile off an Outback walking track with just his CAP.

Outback wrangler Matt Wright can be heard saying "go on mate" and "good boy" as he calmly moves the ferocious beast on in the incredible video captured at Sweets Lagoon near Darwin. 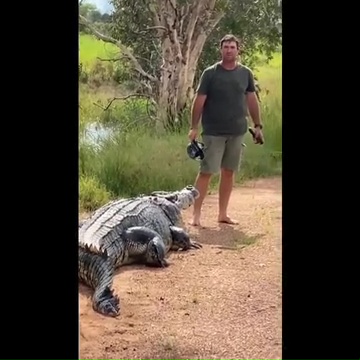 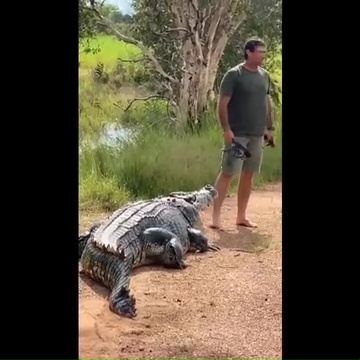 In the clip, Matt, star of National Geographic's Outback Wrangler, waves his cap at the beast in a bid to get him back in the water.

Seemingly out of luck, Matt then waves a small branch at the crocodile – known as Sweets Lagoons resident alpha 'Otis'.

"Go on mate, go on," he says, seeing the croc flail his tail in the air.

Annoyed at the wrangler's pestering, Otis begins to make its way to the nearest river.

"Go, come on. Get out," Matt adds as the creature slowly disappears into the water.

And despite what most would class as a tense situation to find themselves in, he simply adds: "Alright, let's go."

Otis was thought to have been blocking the road as he was "sunning himself during the wet season".

Matt Wright has been working with crocodiles for over 25 years and has his own hit National Geographic TV show, Outback Wrangler.

When uploading the clip to social media, Matt said: "I had to put my stern voice on for him to finally listen."

And despite his seemingly casual nature around the dangerous animals, Matt warns visitors to the area to "be croc-wise". 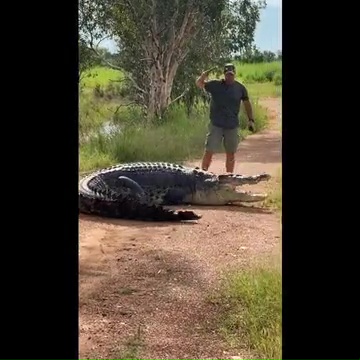 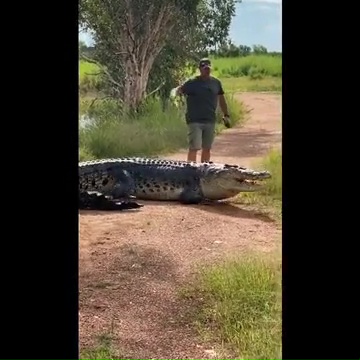 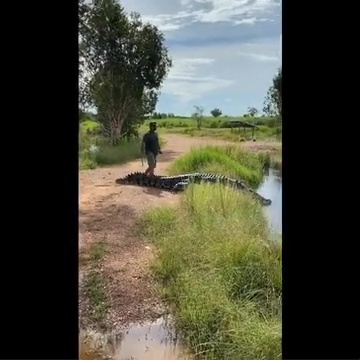 He urges people to "look at all signs carefully, don't put yourself in situations where crocs maybe."

"I know these creatures so well and have the experience and training to work with dangerous reptiles," he adds.

"I work with these crocodiles on a daily basis but even Otis at 16 feet long scares me."