Knick finally claw back to .500

Is this the start of a golden era in New York sports?

Knicks guard’s return looks like it will be a cameo

Knicks fans desperate to get back to Madison Square Garden are ponying up $250 for last-minute COVID tests before tip off, in order to meet new state testing rules for large venues.

Under the regulations that went into effect Feb. 23, venues with more than 10,000 people can operate at 10 percent capacity — as long as every guest has passed a COVID test within 72 hours of tipoff.

But not just any old COVID test will do. The state requires fans to get the more sensitive and accurate PCR, or polymerase chain reaction, tests. Unlike a rapid test, which can give a result in a few minutes, PCR test results can take hours or days.

“I’ve been trapped in a house for a year and a half, so I’ll be happy to spend whatever right now,” said Anthony Jones, 33 of Queens, after he shelled out the $250 to get the needed PCR test before the Knicks were scheduled to take on the Pacers Saturday night.

Saturday’s contest marked the third Knicks matchup with fans in attendance at The Garden under the new rules.

The testing requirements leave few reliable options for fans, because most providers can only guarantee the specialized “PCR” test results within three to five days.

New York is the only state requiring this level of testing for large venues, a Madison Square Garden spokesperson said.

Enter Rapid Test NYC. The company — which has been making headlines throughout the pandemic for its pricey, COVID-related concierge services catering to rich New Yorkers — has set up a makeshift clinic inside a Stewart Hotel conference room, across 8th Avenue from MSG, where it’s administering PCR tests with a promised 30-minute turnaround time.

“If a fan didn’t get tested, they’re not going to let them in the game, and that sucks,” said Mark Golberg, who is running the Stewart Hotel Rapid Test NYC center and two other brick-and-mortar locations in Nolita and on West 72nd Street.

He said fans have walked into the Stewart Hotel after presenting a non-PCR rapid-test to MSG ticket-takers.

“So they have to come to us,” Goldberg said. “Or they actually took a test at City MD or what have you and the results aren’t ready in time. We’re the last resort.”

That’s what happened to a father-son duo from Scarsdale who said they took a PCR test at another clinic Thursday, but didn’t get their results back in time for Saturday’s game.

“We’re kind of stuck having to do this test. I don’t know if we have a choice,” lamented the dad, who declined to provide his name. “We’re going to two games here — tonight and the hockey game tomorrow — and we haven’t gotten our tests back yet.”

Rapid Test NYC is one of three testing sites where MSG is recommending patrons go to be tested. Northwell Health’s GoHealth Urgent Care centers, which recommend being tested three days prior to the game, and Vault Health, which will send fans a rapid-test kit prior to game day, are also listed as recommended providers. 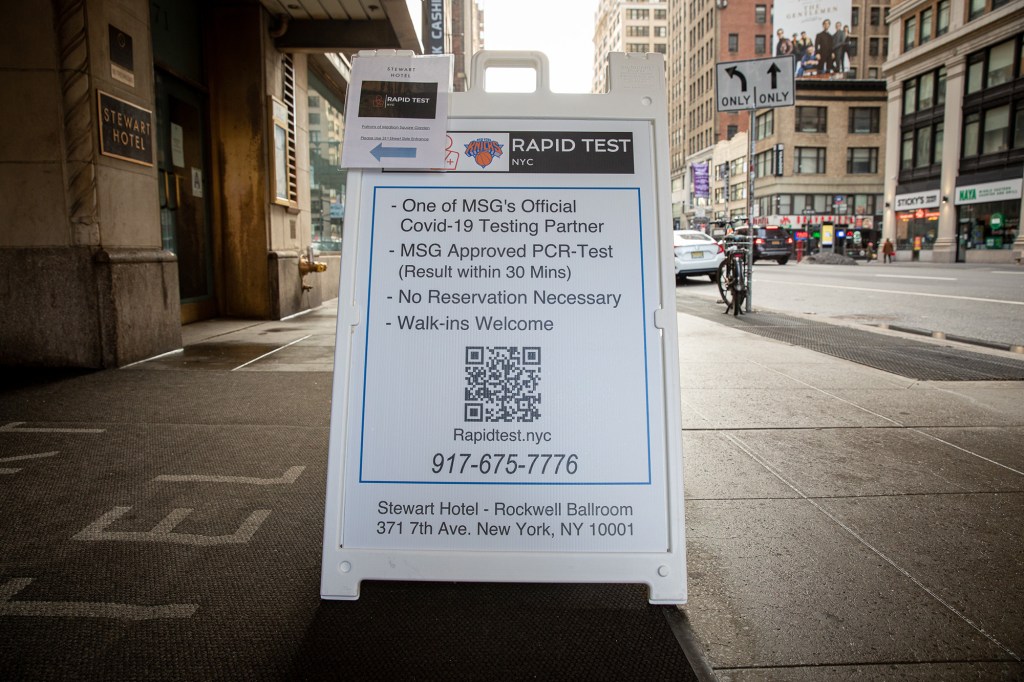 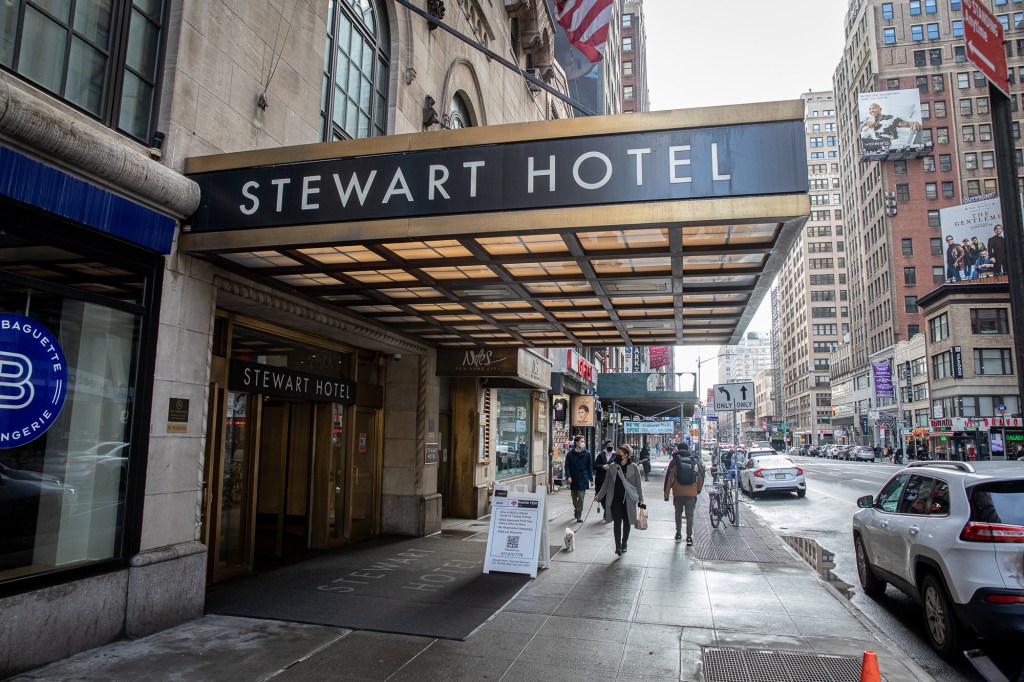 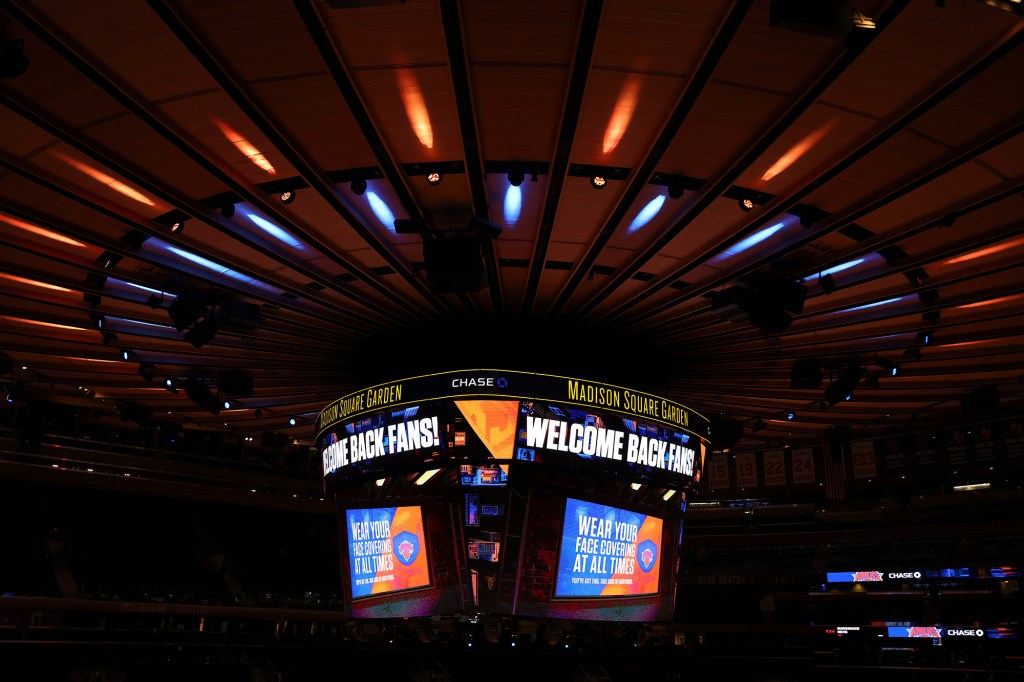