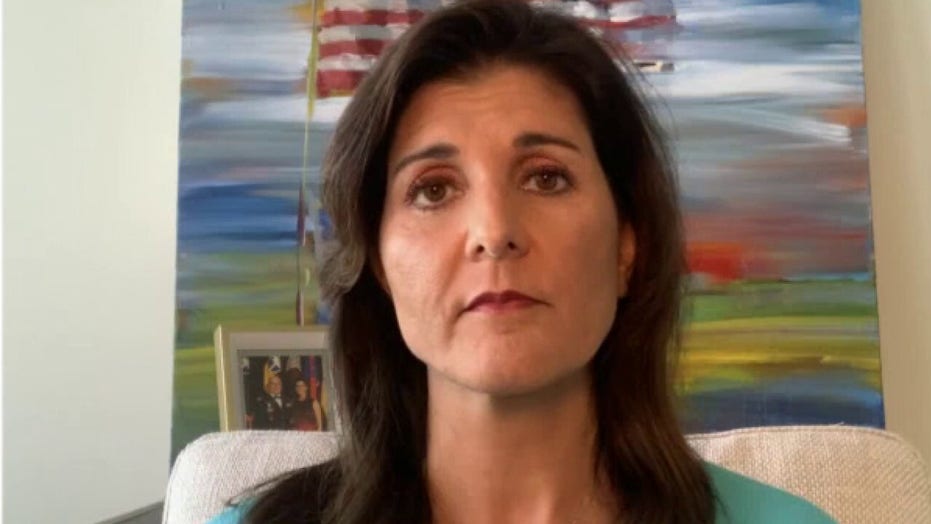 Former U.S. Ambassador to the U.N. Nikki Haley on Israel and Gaza militants trading fire as tensions rise and critics claiming the Biden administration is making the situation worse.

Los Angeles Mayor Eric Garcetti condemned an alleged violent attack on Jewish diners by a mob of pro-Palestinian supporters Wednesday night that is being investigated as a possible hate crime.

Video footage of the attack posted to social media shows a group attacking at least two people outside the Sushi Fumi restaurant in the city’s Beverly Grove neighborhood, west of downtown Los Angeles.

In a pair of tweets addressing the violence, Garcetti, a Democrat, wrote there is “no place for anti-Semitism, discrimination, or prejudice of any kind in Los Angeles. And we will never tolerate bigotry and violence in our communities.”

“We as a city condemn last night’s organized, anti-Semitic attack,” he added. “Jewish Angelenos, like all residents, should always feel safe in our city.”

In various video clips, one man is seen being thrown to the ground while another grabs a line divider pole separating the sidewalk from an outdoor dining area and swings it at the attackers.

He then tries to run away but is grabbed by two men who proceed to kick and punch him before they run off seconds later.

In a subsequent video, a witness is heard off-camera saying that a group of pro-Palestinian supporters were in a car and got out near the restaurant.

“A group of Palestinians, about 30 of them, jumped out of a car and asked who was Jewish,” the person says. “Two guys said they were and they proceeded to beat them up.”

Moments before the attack, a group of Palestinian supporters were in a vehicle waving a giant flag and shouting anti-Semitic slurs through a megaphone, according to additional footage.

“Somebody in one of the cars driving by started throwing glass bottles or glass cups at the tables and they shattered everywhere,” an unidentified woman told KCBS-TV.

No one was seriously hurt.

In another incident captured on surveillance video, a vehicle with Palestinian flag-waving passengers appears to be chasing an Orthodox Jewish man through a parking lot.

City Councilman Paul Kortez, who represents the neighborhood on the 15-member panel, called both attacks “unconscionable.”

“We will never allow for anyone to strike fear into our hearts because we are Jews,” he said in a statement. “We are not going to allow the violence in the Middle East to spill out onto the streets of Los Angeles.

“Everyone is entitled to express their opinion but never through violence,” he added. “Pro-Palestinian protestors cannot be allowed to viciously assault random people on the street because they happen to look or be Jewish.”

An employee at the sushi restaurant hung up when a Fox News reporter inquired about Tuesday’s incident. The Los Angeles Police Department told Fox News the case is being investigated as a hate crime and that three suspects were being sought.

The attacks came amid escalating violence between Israeli military forces and Hamas, the governing body in the Gaza Strip. Both sides have retaliated against one another through rocket attacks and airstrikes, resulting in dozens of deaths and widespread property damage.