A man in his 30s is in a critical condition after being shot in the early hours of the morning in Dudley.

Police are appealing for information after the unnamed man was found with serious injuries and rushed to hospital.

The West Midlands force were called to Queens Cross, Dudley, just after 12.35am this Sunday.

The area features a major thoroughfare through the town, which is just West of Birmingham, with shops and a mosque on the high street.

A police spokesman said: ‘We’re appealing for information after a man has been seriously injured following a shooting in Dudley this morning (31 January).

‘We were called to Queens Cross just after 12.35am today.

‘A man in his 30s was found with serious injuries and is in a critical condition in hospital. 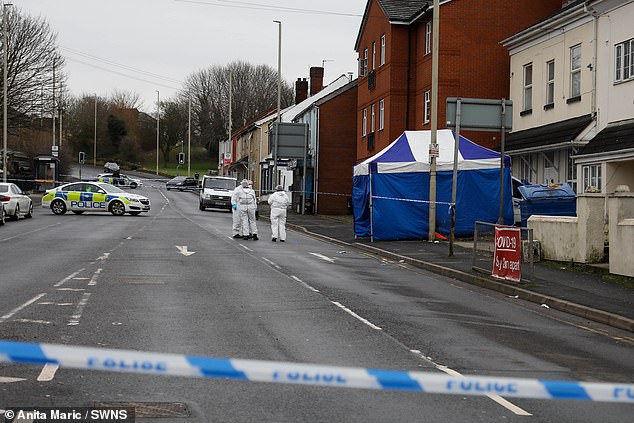 West Midland Police said he was ‘found with serious injuries and is in a critical condition in hospital’ after bing called after midnight . 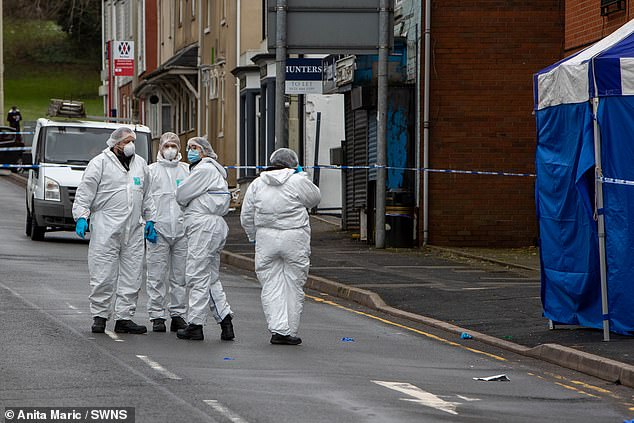 A cordon has been put in place and officers are appealing for information after the suspected shooting incident in the town, which is near to Birmingham.

The police added: ‘A cordon has been put in place while enquiries are carried out in the area to try and establish who was responsible.’

‘The investigation is at an early stage and we’re urging anyone with information to contact us via Live Chat, or by calling 101. Quote 20DY/28354Z/21.’

Over the past five years, offences involving a firearm have increased by 27%, according to the Office for National statistics.

Last year, the body revealed gun crime in the UK had surged by 4% in just twelve months. 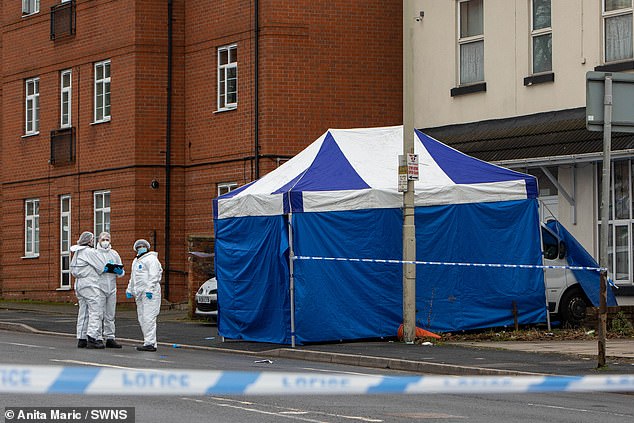 Officers rushed to the Queens Cross area of Dudley, which has a major main road as well as shops and a mosque.

More than 9,700 crimes involving firearms taking place in the UK in the year ending March 2019, they said.

More than half of the victims involved in the crimes were in younger age brackets, with 56% aged between 15 and 34. 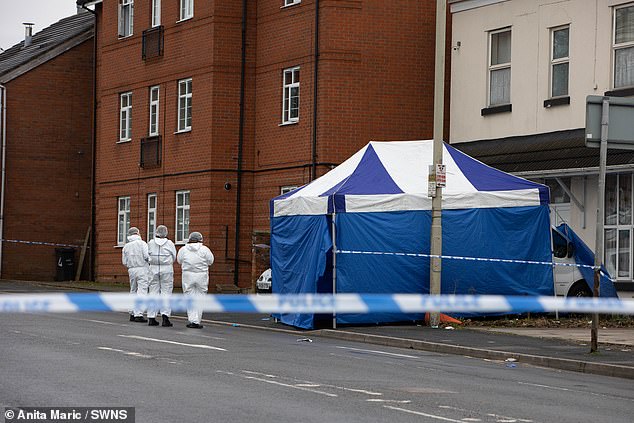 Incidents involving a firearm have risen in the UK over the past five years, the Office for National Statistics has said.