ENGLAND’S least healthy neighbourhoods – where up to a third of people eat NO fruit or veg while guzzling sweet fizzy drinks – have been revealed by scientists.

Researchers highlighted 356 local communities in the Midlands, the North and London’s East End as the worst offenders, representing 5.2 per cent of the population. 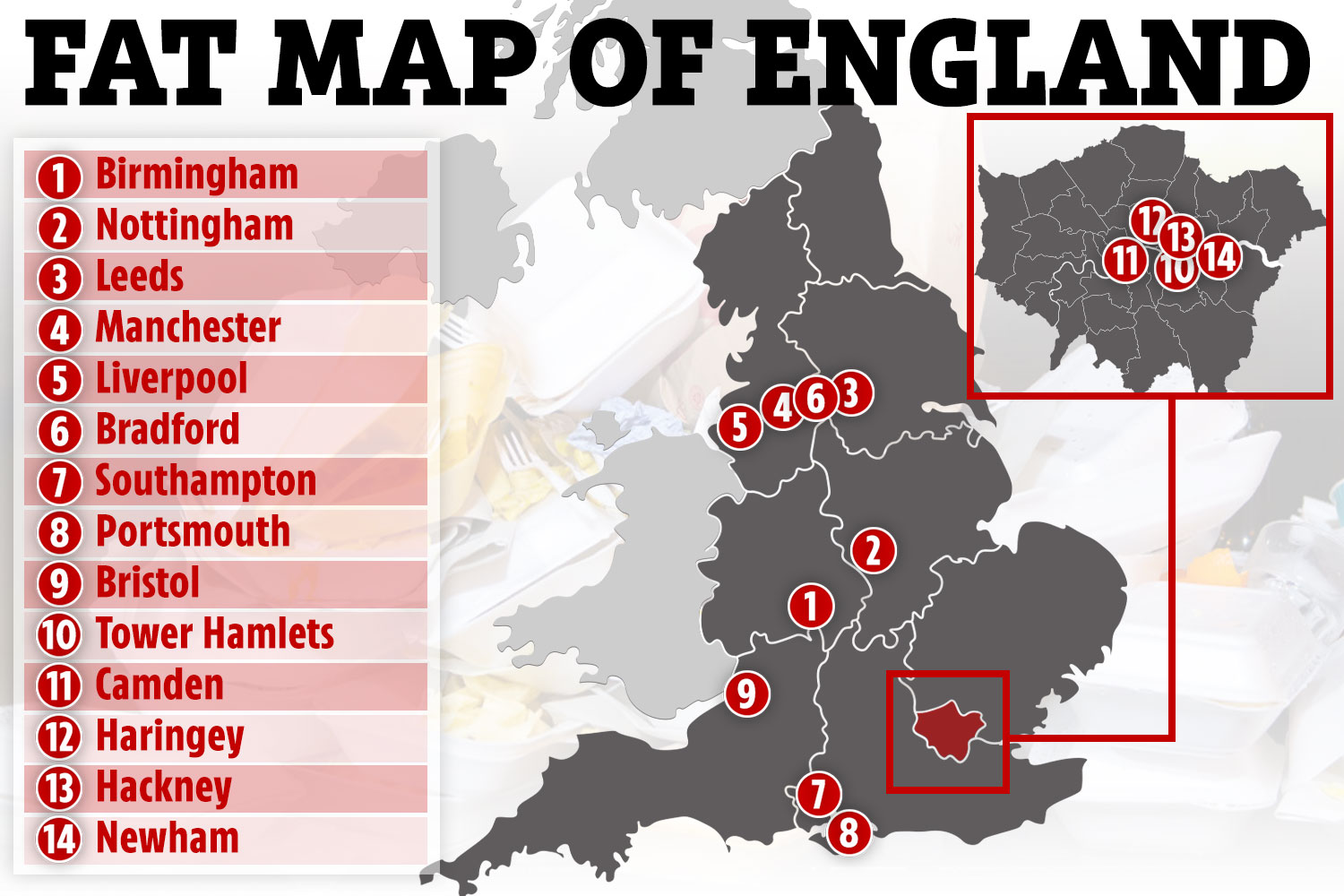 People in parts of Birmingham were said to consume the most sugary drinks.

In Selly Oak, Birmingham, almost a third of people drink more than the recommended amount every day, and 12 per cent eat less than one of their five-a-day.

The city’s Dartmouth Circus neighbourhood tops the list of places where people don’t eat fruit or veg – nearly 15 per cent. A quarter of people there also over-indulge on sugary pop.

While areas of Leeds, Manchester and Liverpool were noted for eating less than one of their five-a-day.

Leicester’s City South neighbourhood and Little London in Leeds were close to the top on both metrics.

But the South didn’t get off Scott-free – folks in Southampton, Portsmouth and Bristol could also do with changing their diets, according to the report.

The new analysis, by the University of Southampton and published in journal Plos One, also found that 6.9 per cent of English adults do not eat any fruit or veg and 11.5 per cent drink more than one 330ml can of sweet drink per day.

Researcher Dr Dianna Smith said: “We hope that this modelling will be taken up in local authorities to help identify areas where interventions to improve diet are most urgently needed.

“There are clear inequalities in diet across England, that will contribute to ongoing differences in health in the population.

“I would suggest the data are used within local and national governments to identify areas where more on-the-ground work is needed to find out about people’s diets and how to support them to have healthier options.”

The highly detailed new study looked at a sample of people and recorded all of the food and drinks they consumed over four days.

Researchers applied mathematical modelling to the data to estimate adults’ dietary habits in 6,791 neighbourhoods across England.

They found communities with the least healthy diets were mostly in urban parts of the Midlands and North, and boroughs of East London – particularly Tower Hamlets.

The areas identified were different and much more specific than those highlighted by previous studies.

Low consumption of fruits and vegetables and high levels of sugar are associated with obesity and type two diabetes – both serious underlying complications for Covid-19.

A separate study in America found eating starchy snacks like crisps or biscuits between meals increases your chances of an early death by up to 52 per cent, while choosing fruit reduces the risk by 34 per cent.