MEAT shortages are set to hit the United States as the coronavirus pandemic forces companies to shut their processing plants.

Farmers have also been left facing the tough reality that they may have to kill millions of animals that they are unable to sell as livestock. 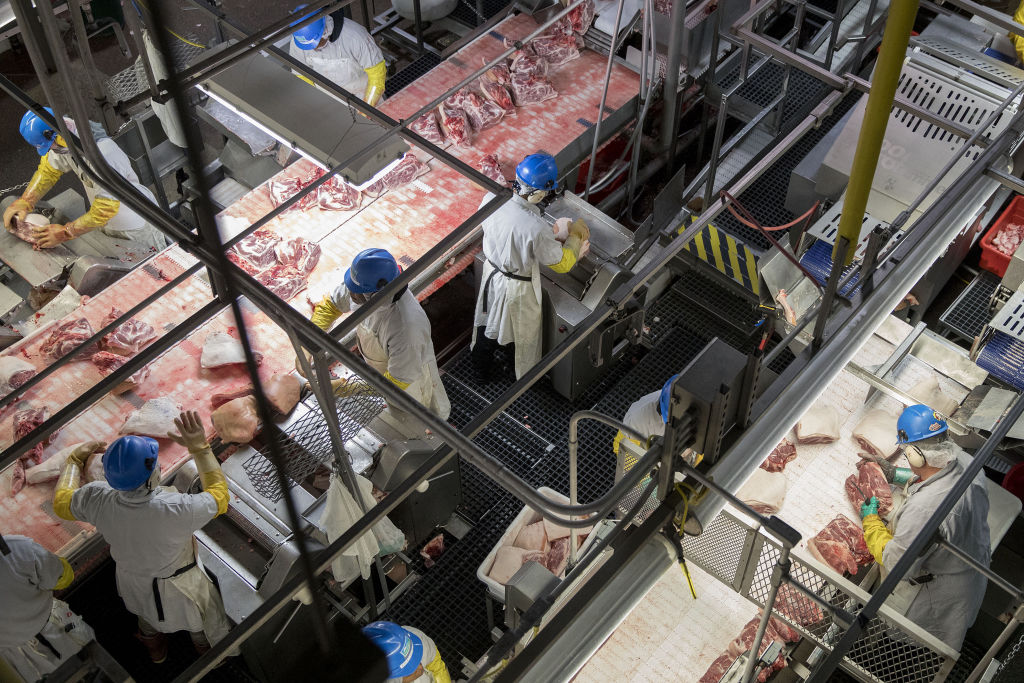 The mass shutdowns in the industry are creating fear that Americans will start to see meat shortages at the grocery store.

Smithfield Foods, the world's largest pork producer, is expected to close it's fifth processing plant as at least 47 employees have been diagnosed with the coronavirus.

The meat company has already been forced to close it's plants in Illinois, Missouri, Wisconsin and South Dakota and are now expected to shutter their Crete, Nebraska, branch according to the Daily Mail.

Aaron Doerr, a pig farmer in Nebraska, told the outlet that on Monday his delivery of 180 pigs to the plant had been canceled. 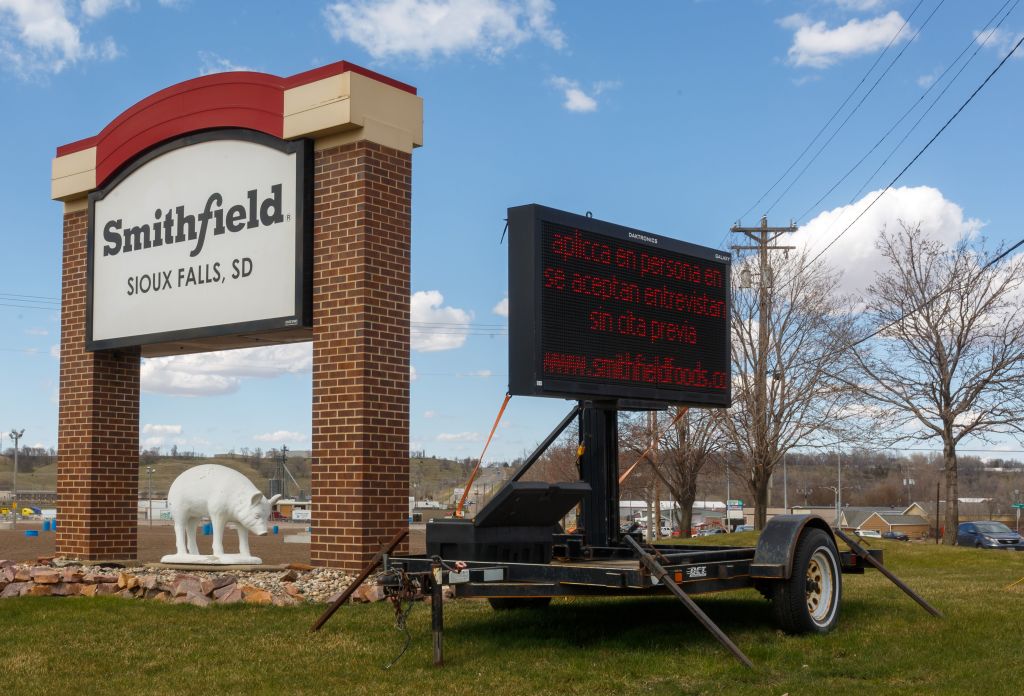 He said: "Just got word that my load for this week got cancelled and it sounds like Crete is shutting down.

"They (the pigs) weren't supposed to go until Thursday, but we got a message this morning that it's canceled since they are shutting the plant down tomorrow."

The farmer currently has said that his 3,000 pigs will stay on his farm at the moment, but worries he may have to euthanize them.

Due to the closures, some farmers have been forced to euthanize the animals on their land that would usually be sold as livestock. 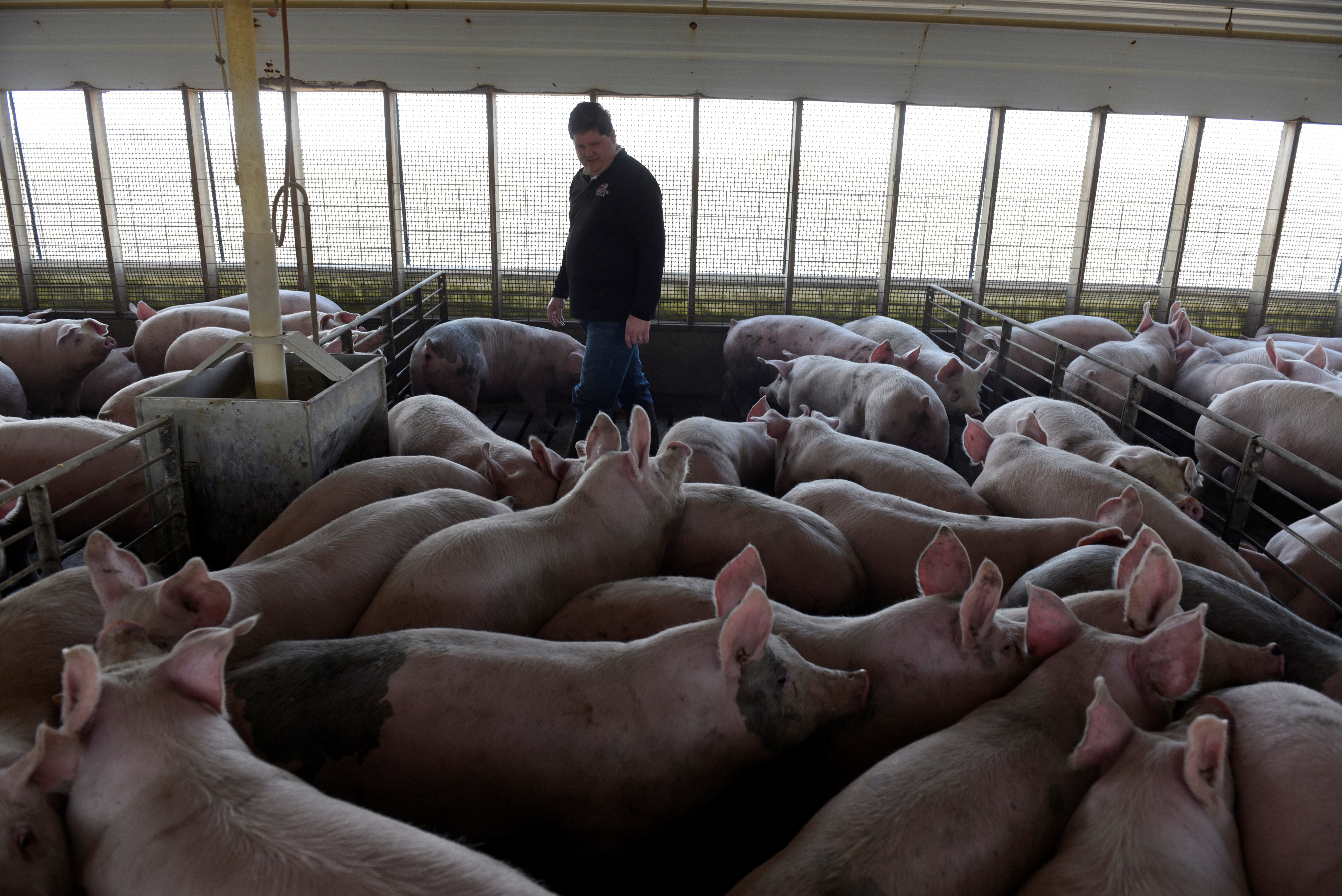 Reluctantly, Iowa farmer Al Van Beek ordered his employees to give injections to pregnant pigs that would cause them to abort their piglets.

“We have nowhere to go with the pigs,” said Van Beek. “What are we going to do?”

Some farmers are even facing death threats due to the decisions they are having to make with their animals and produce. 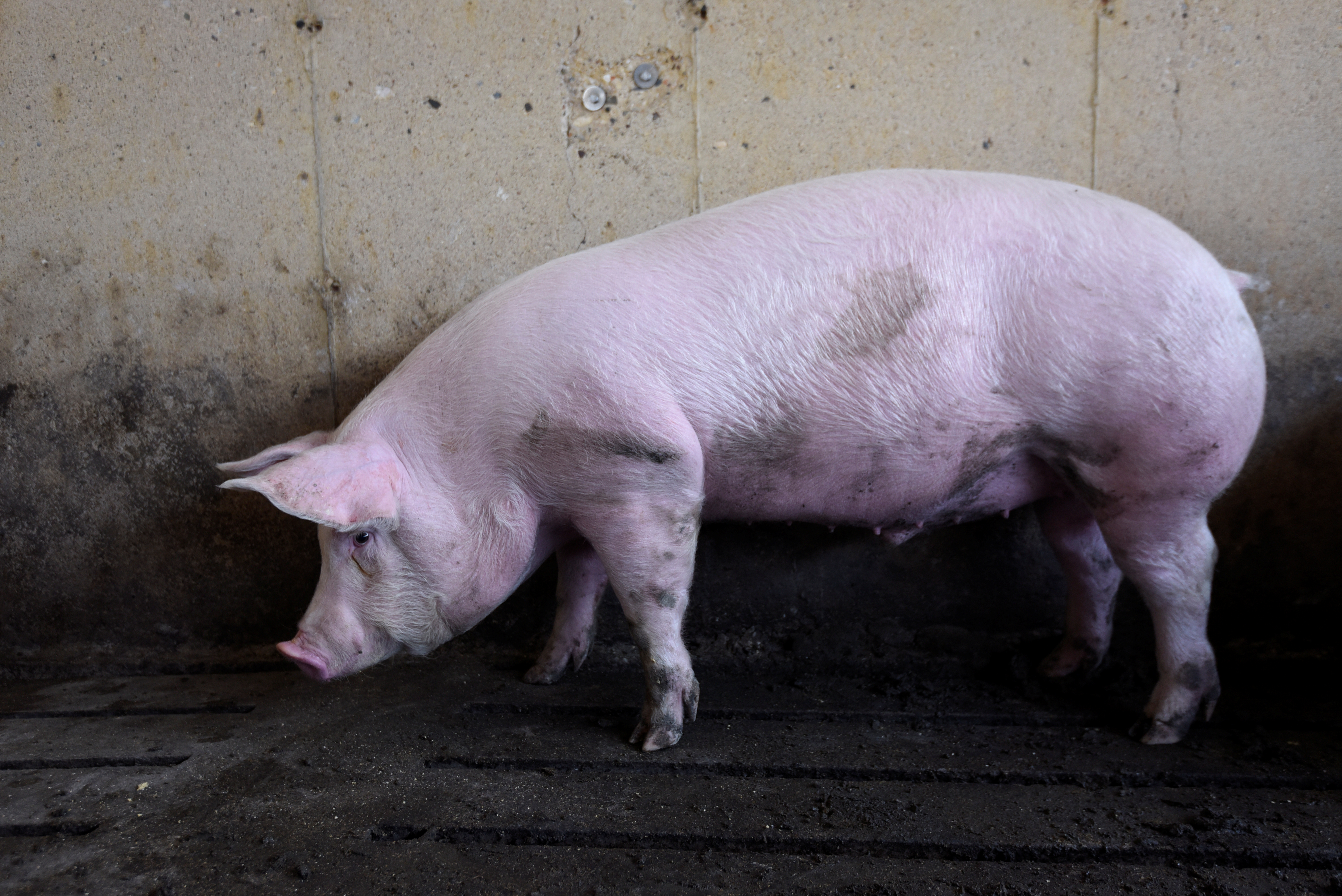 "They say, ‘How dare you throw away food when so many people are hungry?’,” said one farmer, speaking on condition of anonymity.

“They don’t know how farming works. This makes me sick, too.”

An anonymous swine vet told the Daily Mail: "When we combine all the slaughterhouses, we are talking about some 100,000 pigs a day that are being processed.

"Yes, it would be wonderful if an animal sanctuary could take in a thousand pigs, but it's highly unlikely and it doesn't solve the problem." 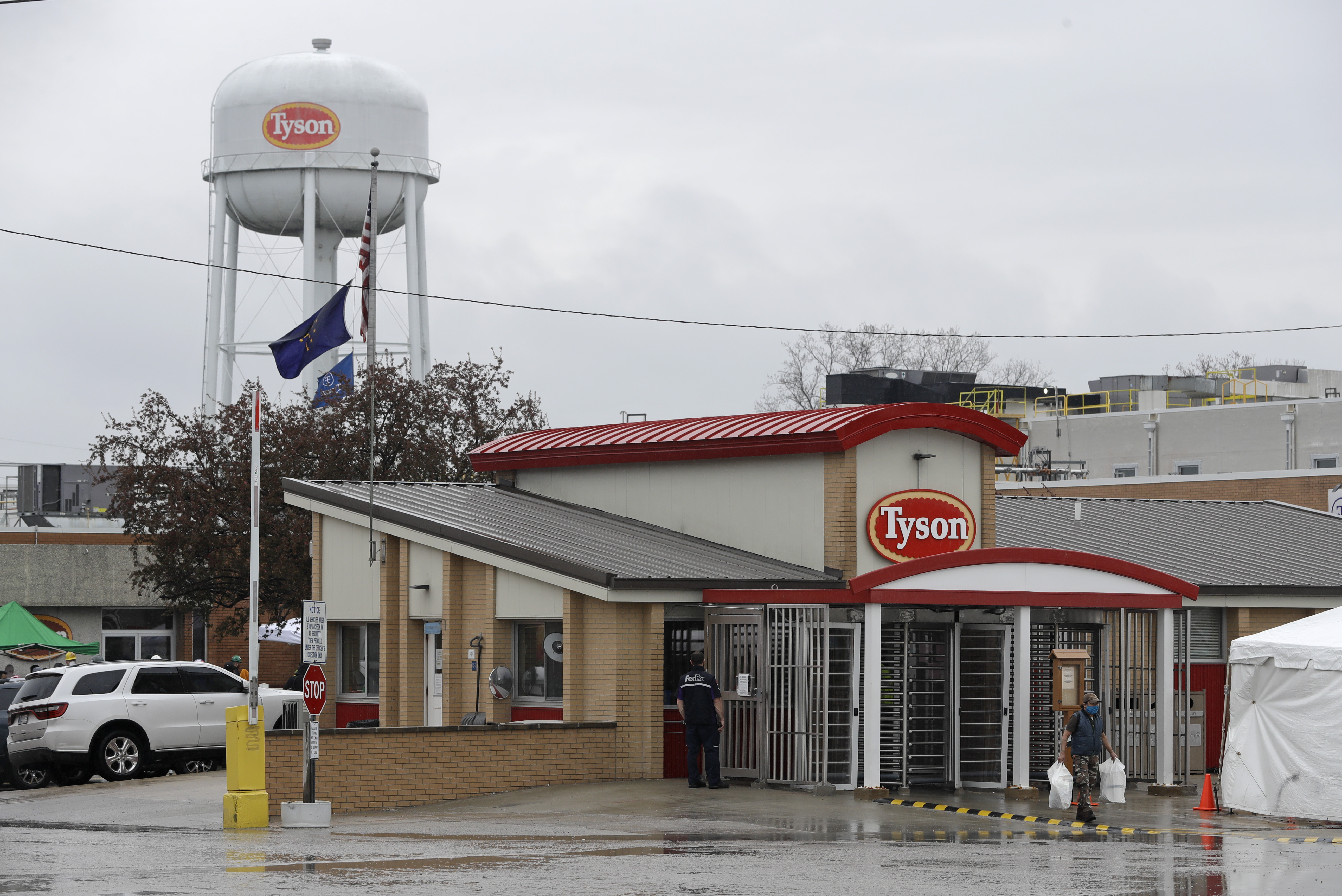 Alongside Smithfield, Tyson Foods, the biggest U.S. meat company, has had to shutter it's doors due to the deadly virus that is sweeping America.

A blog post on the company's website read: "Tyson Foods is facing a new set of challenges.

"In small communities around the country where we employ over 100,000 hard-working men and women, we’re being forced to shutter our doors."

It continued: “In addition to meat shortages, this is a serious food waste issue. 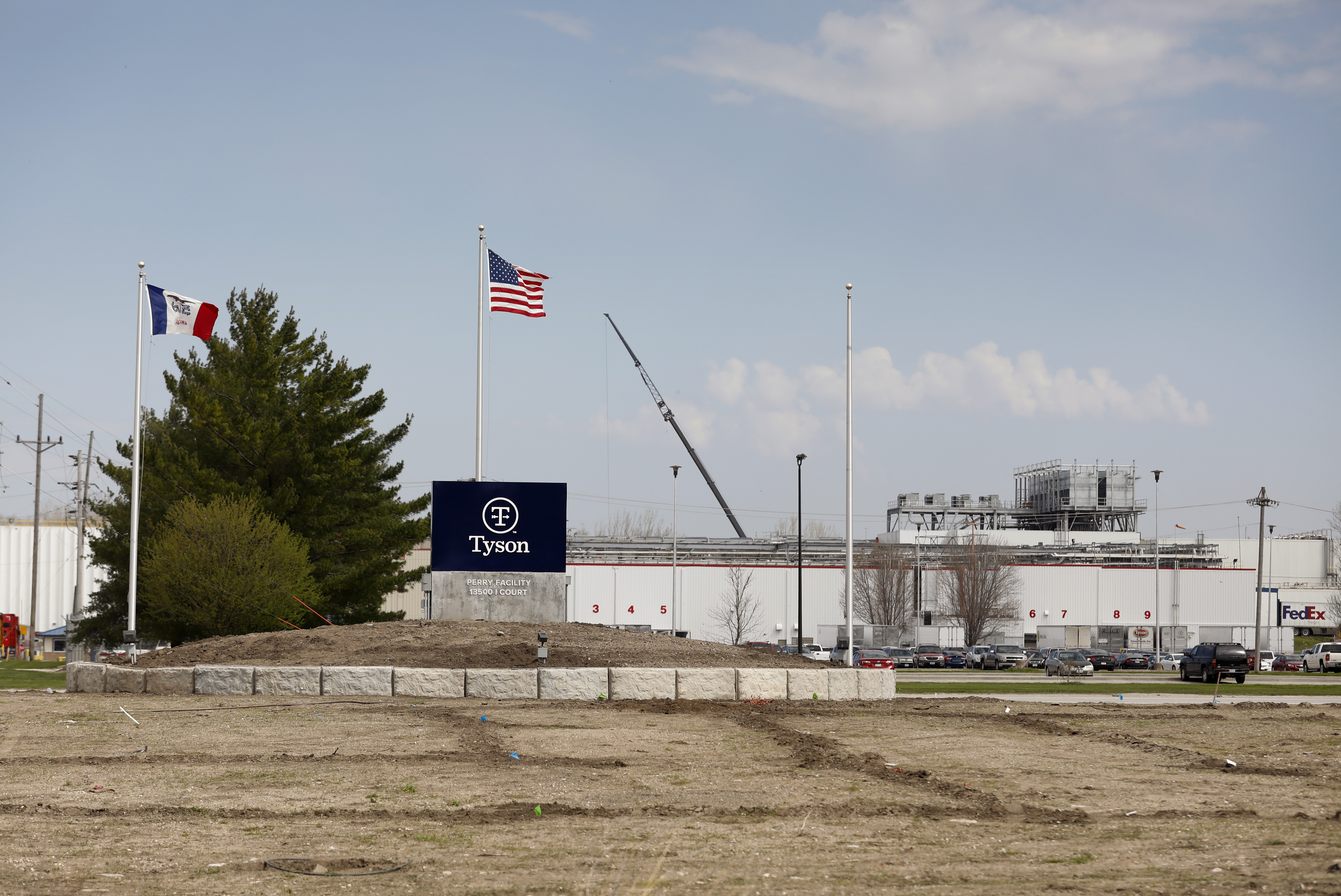 "Farmers across the nation simply will not have anywhere to sell their livestock to be processed, when they could have fed the nation.

"Millions of animals – chickens, pigs and cattle – will be depopulated.”

Farmers are now calling on the government to step in to help get the meat industry back up-and-running.

Doerr said: "What's going on right now is a clusterf**k to put it mildly.

"It works fine when only one plant is broke down or something for a day, but when plants are closing by the handful and for weeks at a time it's just too much for the other plants to absorb.

"There's no easy answer, but one good one would be the PRIME Act, which would give local state inspected facilities more ability to move product into stores.

"The PRIME Act would allow small farms to sell their pork directly to grocery stores and wherever this is a pork shortage."

Iowa Governor Kim Reynolds, along with both U.S. senators from a state that provides a third of the nation’s pork, sent a letter to the Trump administration pleading for financial help and assistance with culling animals and properly disposing of their carcasses.

“There are 700,000 pigs across the nation that cannot be processed each week and must be humanely euthanized,” said the April 27 letter.

The U.S. Department of Agriculture (USDA) said late Friday it is establishing a National Incident Coordination Center to help farmers find markets for their livestock, or euthanize and dispose of animals if necessary.