Mechanics’ Institutes get help in drive to ‘enrich people’s education’

Up one flight of stairs, or one of the oldest operating lifts in Melbourne, Sue Westwood’s favourite corner of the Athenaeum Library looks out onto Collins Street from beneath a brass plaque. 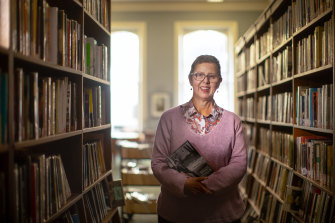 Members of the library — originally known as the Melbourne Mechanics’ Institute, the first of its kind in Victoria — for decades paid just a guinea ($2.10) a year to attend classes, lectures and read books, manuals and newspapers from around the world, particularly Britain, in the first years of colonial settlement at Port Phillip.

About 700 library members, who pay closer to $100 nowadays, own the building constructed in 1842 in what Ms Westwood, the Athenaeum business manager, calls a historical anomaly.

Mechanics’ institutes began as a way of offering free education and community hubs for workers in Scotland during the Industrial Revolution, a model that was replicated in British colonies such as Australia and in almost every town in Victoria during the 19th Century.

Still 562 of the institutes remain in Victoria, some of which will share in $100,000 from the Andrews government to refurbish their libraries, create public internet access and buy audio books. 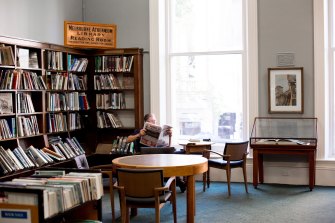 Steven Haby, acting president of the Mechanics’ Institute of Victoria, said the movement began to help people in Britain as they moved away from farms to work in factories.

“A lot of people finished school at age 12,” Mr Haby said. “Only the very wealthy had access to education beyond elementary primary school.”

Now, he sees the institutes as a cross between TAFE, U3A community colleges, libraries and event spaces.

The Prahran Mechanics’ Institute where he works, which specialises in Victorian history, will use its $11,400 grant to improve the lighting. 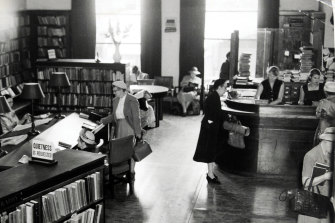 The library at its peak, in 1957.Credit:Melbourne Athenaeum Library

The Athenaeum, which is receiving a $10,000 grant from the state government, has had a new lick of paint. They have replaced the carpet and mismatched furniture with timber tables.

First established in 1839 before moving to Collins Street, then one of about a dozen buildings in the city, the heritage-protected Athenaeum has many stories.

The world’s first full-length feature film premiered there on Boxing Day in 1906, when The Story of the Kelly Gang opened.

And for one week at the end of 1882, Melburnians visited the Athenaeum for an exhibition: to see an electric light turned on.

The not-for-profit continues to survive on rent, reduced during the pandemic, from the Athenaeum Theatre, a jewellery shop and restaurant.

The library, which focuses its 30,000-strong book collection on contemporary recreational fiction and non-fiction, continues to host lectures and events. In recent years, it has expanded to host live music such as small chamber orchestras and jazz as well as artist residencies.

“In some respects, our library is really here as a historical anomaly,” Ms Westwood said. “But it is also what people kind of fundamentally understand a library should be. It’s a quiet, serene, beautiful atmosphere. Timber shelves, beautiful books, a contemporary collection.”

Local Government Minister Shaun Leane said he hoped the institutions would be around for many more decades.

“For nearly two centuries Mechanics’ Institutes have been there for Victorians – it’s an amazing record of service,” he said.

“We’re proud to help these local institutions maintain and expand their collections and do things like improve lighting and access.”