Auditors who were involved in preparing financial statements for a number of self-managed super funds, which had fraudster Melissa Caddick as the trustee, may find themselves the focus of a lawsuit.

Bruce Gleeson and Daniel Soire, the provisional liquidators of Ms Caddick’s company Maliver Pty Ltd, have foreshadowed a possible class action against the auditors. Ms Caddick co-ordinated the preparation of fraudulent documents for the auditors of a number of self-managed superannuation funds, who appeared to have merely ticked off the documents they received. 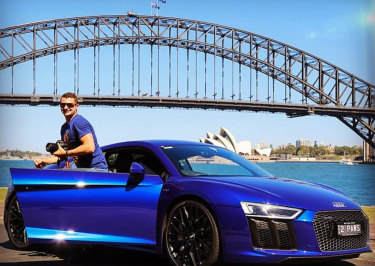 Anthony Koletti with the Audi which is included in the Caddick asset pool. Credit:Instagram

Mr Gleeson has previously said that after reviewing thousands of pages of financial documents, he could not identify a single genuine document Ms Caddick provided to her investors. “There are hundreds of false bank statements, share contracts and share trading statements,” Mr Gleeson said.

“We are also investigating other possible claims, including whether there may be an opportunity to claim taxation refunds from the Australian Taxation Office as a significant majority of the taxable income of the Company was fictitious,” Mr Gleeson said in a media statement on Thursday.

Ms Caddick, 49, disappeared ­­­­from her Dover Heights home in November last year, only hours after the Federal police executed search warrants at her home on behalf of the corporate regulator ASIC.

The Coroner’s office is awaiting a police brief of evidence and is yet to determine whether Ms Caddick is deceased. This follows partial remains contained in a running shoe washing up on a South Coast beach in February. A DNA match confirmed the remains were those of Ms Caddick. 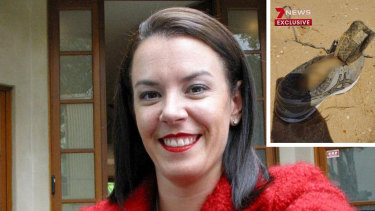 Melissa Caddick and (inset) the shoe found at Bournda Beach, near Tathra, in February.Credit:SMH, Seven News

Mr Gleeson also outlined possible assets of Ms Caddick’s that his firm might be able to recover on behalf of the more than 60 investors who have lost more than $23 million.

Those assets include her husband Anthony Koletti’s Audi R8, her Mercedes Benz, jewellery, shares, Ms Caddick’s Dover Heights home and the Edgecliff apartment she bought for her parents using investors’ funds. Mr Gleeson has told investors there may be a legal battle with Ms Caddick’s parents who have lodged a caveat over the apartment. 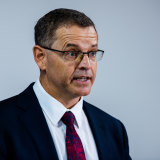 As the provisional liquidator, Mr Gleeson does not have the legal authority to sell any of the assets until the court appoints him the final liquidator. This is likely to occur at the end of the month.

Ms Caddick passed herself off as a financial adviser with neither her nor her company Maliver holding an AFS licence. It is a criminal offence attracting a two-year jail term and/or a $22,000 fine to conduct a financial services business without a licence.

Upon receiving investors’ funds she then created false bank and Commsec documents to mislead investors into thinking she had invested in shares on their behalf.

Her clients thought their money was safe and their investments were increasing, but “nothing could be further from the truth,” Mr Gleeson has said. Mr Gleeson has organised a briefing for investors on June 23 and a two-day hearing will commence in the Federal Court on June 29.