The streetscapes of Sydney and Melbourne may become unlivable as climate change kills off trees, as experts warn more than 90 per cent of tree species in Australia’s two biggest cities are at risk.

Research led by Dr Manuel Esperon-Rodriguez from Western Sydney University’s Hawkesbury Institute for the Environment found two-thirds of species found in cities around the world will be at risk by 2050, but climate change posed a threat to more than 90 per cent of tree species in Sydney and Melbourne. 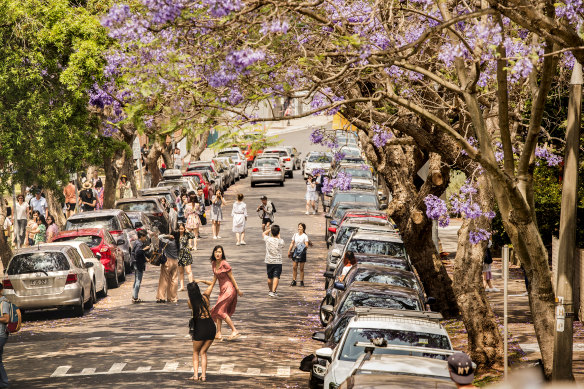 Sydney’s iconic jacarandas are one of the tree species at risk from climate change.Credit:Steven Siewert

Other cities faced an even greater threat from climate change, with all tree species at risk in Darwin, Barcelona, New Delhi and Singapore, he said.

“A surprising finding was that about half of the tree species in each city examined are already experiencing climate changes that put them at risk,” he said.

Esperon-Rodriguez said less rainfall and hotter temperatures in Sydney and Melbourne had the potential to jeopardise the health and performance of urban trees.

“There are 158 species in Melbourne and 148 species in Sydney predicted to be at risk of increases in mean annual temperature,” he said.

Senior research associate at the University of Melbourne Greg Moore said Sydney and Melbourne both “cop a whacking” under climate change predictions. 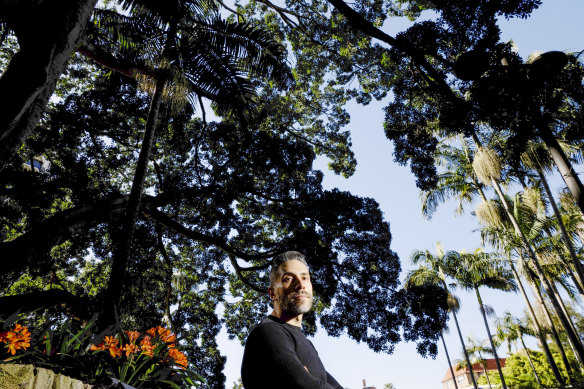 Research led by Manuel Esperon-Rodriguez from Western Sydney University’s Hawkesbury Institute for the Environment found climate change threatens more than 90 per cent of tree species in Sydney and Melbourne.Credit:Nick Moir

“Without an increased canopy cover, we know that there will be more heatwave-related illnesses and deaths,” he said.

However, Moore said state planning laws that do not recognise the importance of trees were a bigger threat to the urban forest and canopy cover than climate change.

Esperon-Rodriguez’s study, published in Nature Climate Change last week, found oaks, poplars, wattles, eucalypts and chestnuts were among more than 1000 tree species commonly found in cities that were at risk due to climate change.

Researchers examined the impact of forecast future temperatures and rainfall on more than 3100 urban tree species in 164 cities by 2050 and 2070.

An average of 65 per cent of species in cities will be at risk by 2050 – but climate change threatens more than 90 per cent of tree species in Sydney and Melbourne.

Common native species, including manna gum, swamp gum and yellow box, and well-loved introduced species – jacaranda, oaks, elms, poplars and silver birch – are some of the trees at risk in Australia.

Esperon-Rodriguez said trees in streets faced a greater risk than in parks because they had less soil to grow, limited irrigation and usually received less maintenance.

“Trees at risk from reduced rainfall can be helped through water-sensitive urban design, which allows rainfall to soak into the ground and reach root zones, instead of going down the drain,” he said.

More than half of Sydney’s councils have lost urban forest cover since 2013, leading experts to warn that suburbs lacking sufficient trees may become unlivable.

Residents and local councils have also been angered by plans to bulldoze thousands of trees as part of a residential development in northern Sydney and the destruction of hundreds of trees on Sydney’s north shore for a freeway upgrade.

The threat to urban trees comes as the state government seeks to increase the amount of green cover to combat the impacts of climate change by giving away trees and funding projects to identify trees that will cope with hotter and drier summers.

The City of Sydney plants more than 700 trees a year as part of its effort to boost tree canopy cover to 27 per cent by 2050.

There are about 250 different species of trees planted in the city’s streets and parks.

A council spokesman said most trees planted by the council are native species “but the city has changed greatly from the original natural environment and is often a harsh site for trees to grow”.

He said Sydney is expected to have a climate more like Grafton in northern NSW by 2050.

“We must include a mix of species, including deciduous exotic trees to ensure the resilience of our urban forest and a liveable city,” he said.

Urban forest consultant Gwilym Griffiths said the impact of climate change on urban trees could be reduced by working out which species are likely to be stressed by a warmer, drier climate, providing irrigation for existing trees and selecting the right species to plant.

“We have to be aware that many tree species that have been planted in the past may struggle under future climates,” he said.