Hooray for Blightywood! Movie-makers and stars flock to the UK as wokery and Covid bring Tinseltown to a standstill (as one LA insider exclaims: ‘You guys are eating us for breakfast’)

For two decades, New Zealand’s vertiginous mountain ranges and sweeping valleys have been synonymous with big-screen versions of The Hobbit and The Lord Of The Rings.

The movies have raked in more than £3.6 billion at the global box office and were so important to New Zealand’s national identity that the country’s tourism board spent millions on adverts imploring fans to visit the ‘Home of Middle-earth’.

So when Amazon Studios announced last month it was switching the filming of its new £700 million – as-yet-unnamed – television series based on The Lord Of The Rings from New Zealand to Britain, the news sent shockwaves through the industry. 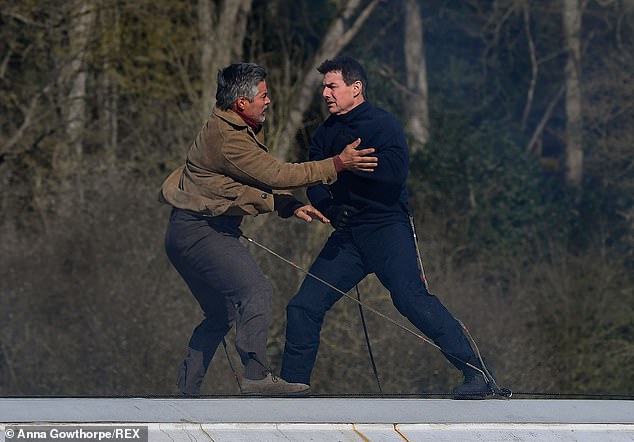 Not just in New Zealand, but Los Angeles, too. An extraordinary boom in British film-making means some of Hollywood’s biggest names have popped up in the most unlikely places.

Harrison Ford has been spotted filming the fifth Indiana Jones movie in Glasgow, Bamburgh Castle in Northumberland and currently Pinewood Studios in Buckinghamshire.

Tom Cruise is filming Mission: Impossible 7 in the Lake District this week, having been spotted in Birmingham’s New Street Station, the Peak District, at a quarry in Derbyshire as well as in North Yorkshire and Bedfordshire.

While the ‘golden triangle’ of film-making is around London and the South East, with major studios such as Pinewood, Elstree, Shepperton and Bray, filming is expanding to Wales, Scotland and throughout the North.

One senior studio executive said: ‘The Tolkien films put New Zealand on the map as far as millions of moviegoers were concerned. The films boosted tourism and injected millions into the economy.

‘When Amazon announced it was packing up and moving the entire production to the UK, it was monumental.

‘It’s proof positive that the UK is now leading the world as far as movie and TV production goes. Britain is beating Hollywood at its own game.’

A point not lost in California. Because however damaging this might be to the Covid-hit Kiwi economy – still isolated from the wider world – it’s in Los Angeles that the real concern is mounting. 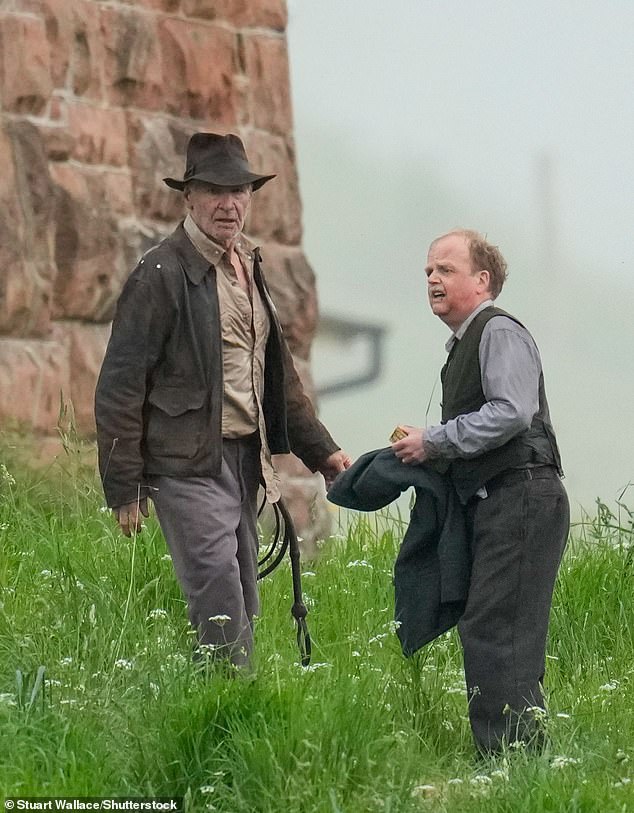 Today, 18 months into the pandemic, the studios lie idle for fear of Covid, and Americans are looking across the Atlantic where, as one insider put it, ‘you guys are eating us for breakfast’.

‘The lots in LA are virtually empty,’ says a Disney Studios executive. ‘Sound stages are shuttered. There’s a sense of fear in Hollywood, everyone is looking over their shoulders, no one wants to make the call to go back to work.

‘Some productions are back up and running, but it’s small-scale: daytime soap operas and things like that. The Brits have been bullish and it’s paying off. Hollywood is running scared.’

To add to its woes, the American industry is mired in growing acrimony as woke executives stand accused of pushing white writers and performers to the margins.

While Tinseltown is still struggling to get back on its feet, Britain has enjoyed a combination of lucrative tax incentives, skilled crews and state-of-the-art facilities – plus a £500 million Government-backed insurance scheme to reimburse studios for days lost to Covid shutdowns.

Even TV production in the UK is booming, spurred by ‘off-the-chart’ demand from consumers of streaming services such as Netflix, Amazon, Apple and Disney Plus. It’s ‘gone completely nuts’, one LA executive says.

Shows under way in Britain include the second series of Netflix’s historical drama Bridgerton, season five of The Crown, Ted Lasso season three, Peaky Blinders series six and Outlander series six. ‘I’ve never worked so hard or done back-to-back productions like I have in the past year,’ one Oscar-winning creative explained.

‘There was a brief lull when Covid first hit, but British studios opened up much earlier than the rest of the world, showed they could make productions safe and it’s been full-on ever since. There is so much work, the studios are finding it hard to hire talent. Smaller, independent films can’t get the crew.

‘The major studios hoovered everyone up and it is boom time. Good times are rolling. We’re all so busy, we don’t have time to spend what we’re earning. 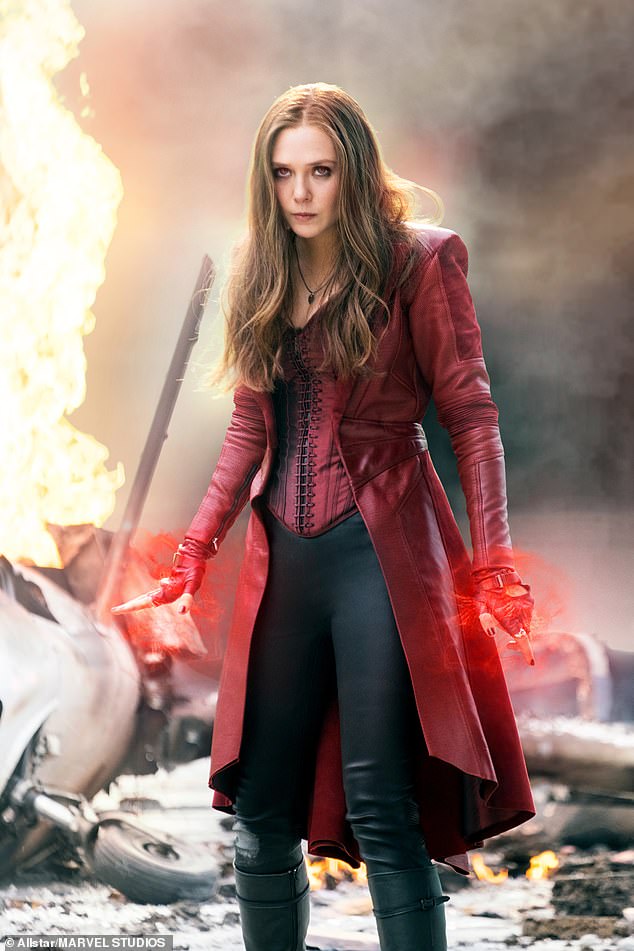 ‘I’ve got work for the next two years if I want it. Everyone I know is moving to Britain.

‘Rental prices around studios such as Pinewood and Shepperton are through the roof. I’ve never seen such crazy money being thrown around.’

Studios that had been ‘dying’ have been revamped thanks to massive infusions of Hollywood cash.

Netflix, which will reportedly invest £700 million in the UK this year, has taken over Shepperton Studios. Sky is based at Elstree; Disney at Pinewood, Universal and Warner Bros at Leavesden.

‘There is a massive shortage of equipment,’ said Guy Heeley, producer of Stephen Daldry’s new BBC film Together.

‘At one point, we were looking to bring in our electrical package from Eastern Europe because there was not a single lamp or generator in London or anywhere near.’ One US documentary film-maker who was asked by Netflix to work on a show in the UK said: ‘I was already well into developing a project for someone else but they kept upping their figure. In the end, they almost doubled the salary I made on my last project. It’s nuts. They are offering silly money.’

Even with the pandemic, spending on UK productions was £2.4 billion last year. So far this year, £3.6 billion has been invested in 300 film and TV productions – the final tally is expected to top £5 billion.

The £500 million insurance fund to reimburse studios for Covid-related shutdowns has been a huge hit with Hollywood bean-counters.

One executive said: ‘It was a stroke of genius by the UK Government. Hollywood studios don’t even have their staff back on the lot yet.’ Skilled staff are so scarce, a source at Netflix told The Mail on Sunday it had created its own training schemes: ‘We’re training up our own people to operate cameras, to work the sound booms. We’re even having to train up accountants.’

Last year, US studio movies accounted for a record 78 per cent of British film spending, with movie and TV production the fastest-growing sector of the economy.

Billions are being invested in new studio space. Last month, Hollywood’s Sunset Studios announced it was building a studio at Broxbourne in Hertfordshire. Others are planned at Marlow in Buckinghamshire, Farnborough in Hampshire and Shinfield in Berkshire.

Meanwhile, new sound stages are being built at existing studios. Shepperton is opening a further 17, making it the largest film studio outside China. ‘There are new studios popping up everywhere. They are turning old aircraft hangars into studios. It’s the new gold rush,’ said a source.

James Enright’s Stage Fifty company is building new studios throughout Britain. ‘We’ve engineered a sound stage that can be built in four months,’ he said. ‘We have more than 500,000 square feet in development.’

The Sainsbury Centre for Visual Arts in Norwich doubles as the Avengers HQ in the Marvel films. Parts of the last Jurassic Park were shot at Black Park in Wexham, Buckinghamshire. In March, Elizabeth Olsen filmed in Richmond Park, West London, for the second Doctor Strange film. As for Middle-earth, that will end up in Edinburgh, according to a crew insider.

The Amazon TV series based on The Lord Of The Rings has been filming in New Zealand for more than a year – the first series will air on Amazon Prime next year – but a major reason for the move to the UK is that many of the cast and crew are British, this newspaper has been told. Seasons two to six will be filmed here, with Welsh actress Morfydd Clark playing Galadriel – the Elven queen portrayed by Australian star Cate Blanchett in Peter Jackson’s film trilogy.

‘New Zealand’s Covid restrictions were the final straw,’ the source said. ‘We couldn’t have family visiting for Christmas. We couldn’t go home because it meant jumping through hoops and quarantining for two weeks when we got back.

‘Not being able to see our families was the worst.

‘Moving production to the UK made sense for lots of reasons. The main one being there is nowhere better than the UK right now if you’re in the film industry. Tolkien based the books on places he knew. In many ways, it just means Middle-earth is finally coming home.

‘People are quick to knock Britain, but when it comes to film and TV production, we really are on top of the world.’