European bridge teams have refused to play against Italy after the nation included an alleged cheat on their roster.

Qualifying matches for the European Champions Cup are currently being played, with each of the 30 participating European nations meant to play each other.

However, every country taking part has refused to play Italy because of the attendance of Fulvio Fantoni, the Daily Telegraph reports.

Scotland were the first nation to refuse to play Italy, with the other nations quickly following suit. 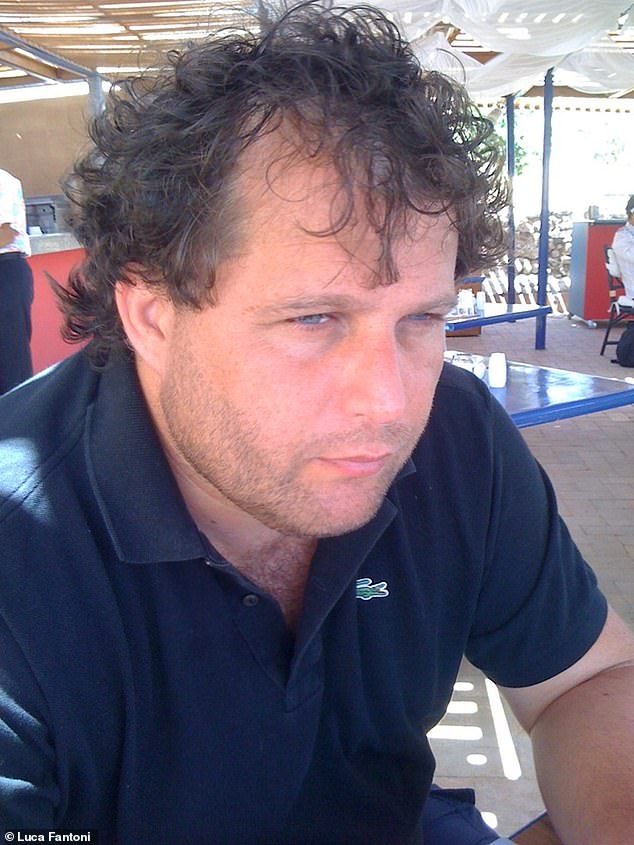 Italy’s professional Bridge team is being boycotted by other European nations during a competition qualifier for including alleged cheat Fulvio Fantoni, 57, (pictured) in their team

The anger surrounding the 57-year-old’s participation in the qualifiers stems from cheating allegations levelled against him and his 2014 European Championships partner Claudio Nunes, 53.

In bridge, two teams of two players compete against each other, with partners not knowing the strength of each other’s hands.

However, it was alleged at the time that the pair, who were the top two players at the time, had positioned their played card in such a way as to suggest they were missing one of the high cards – such as an ace, king or queen.

The case against the pair deepened when Dutch player Maaijke Mevius spotted a pattern appear between whether Fantoni and Nunes would place their cards horizontal or vertical – in an attempt to signal the presence, or lack of, a high ranking card.

Speaking at the time, Simon Barb, of English Bridge Education and Development, said: ‘Only very good players can get away with cheating – and only other top players can catch them.’

Nunes initially tried to claim he temporarily blacked out during the alleged incident, but an investigation into the incident led to the European Bridge League (EBL), the Italian Bridge Federation (FIGB) and the American Contract Bridge League finding them guilty.

The pair were banned from playing in 2016, but after appealing the decision a year later on the grounds that communication between them hadn’t been proven, the pair’s ban was lifted.

However, The Telegraph reports that one participant at this year’s qualifiers said: ‘It’s outrageous. There is widespread belief among members of the bridge playing community that he should not have been eligible to play.’ 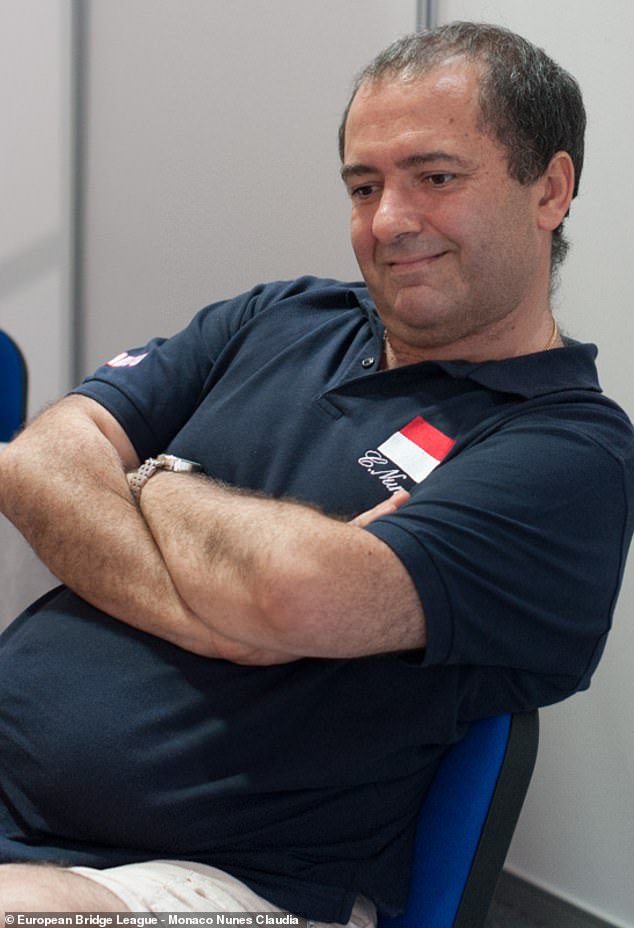 Nunes (pictured) initially tried to claim he temporarily blacked out during the alleged incident, but an investigation into the incident led to the European Bridge League (EBL), the Italian Bridge Federation (FIGB) and the American Contract Bridge League finding them guilty

Italy now face missing out on both of the major competitions if the other nations uphold their boycott – as they will not receive any qualifying points.

None of the countries have officially refused to play against Italy as this would lead to their own disqualification, and are instead missing the games through procedural errors, such as forgetting to supply a lineup.

Speaking earlier this week about the boycott of his team, Italy captain Alberto Forcucci said: ‘The shameful boycott against the Italian national team continues. This behaviour damages a small amateur bridge organisation who organised the event together with the Federation, with the limited amount of resources it has available.

‘Equally, it disrespects all amateur players who love our mind game and who were chosen to represent Italy as a reward for winning the Team Championships in 2019.’

He explained in the statement that Fantoni’s inclusion only came about after Italy’s original sixth player had to bow out due to work commitments.

Forcucci added: ‘All players should condemn the boycott, which is beneath the international Bridge community and bridge professionals who refuse to compete with a team of amateurs.’

Despite the boycott, a member of the EBL claimed that Italy could still be awarded a qualification spot based on their previous form.

However, they acknowledged that this could prove complicated as this particular situation has never arisen before.