Bring it on! New Health Secretary Sajid Javid fights for our freedom as he declares July 19 MUST be end of the line for Covid lockdown

In a dramatic change of tone from predecessor Matt Hancock, the new Health Secretary said it was time to ‘start returning to normal’ after 15 months of crippling curbs.

Mr Javid said restrictions should not last ‘a moment longer’ than necessary and he was determined that July 19 was the ‘end of the line’ for lockdown. He added that it was time for Britain to ‘learn to live’ with the virus.

In another break from Mr Hancock’s caution, he appeared to rule out the return of restrictions this winter.

Mr Javid said: ‘It’s going to be irreversible – there’s no going back.’ The 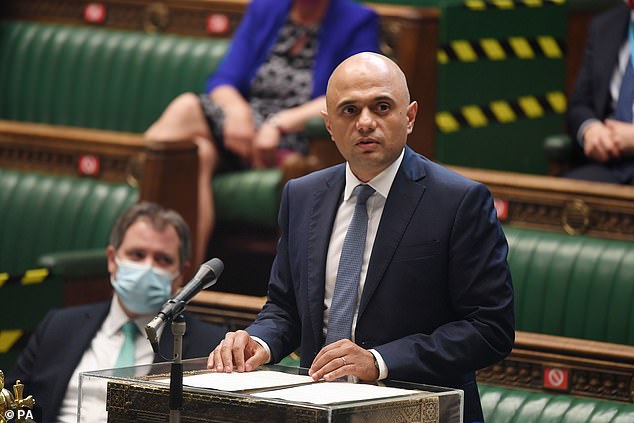 Health Secretary’s upbeat tone appeared to be infectious, with Boris Johnson also talking up the prospect of a release from remaining measures on July 19. The Prime Minister said the ‘terminus’ date would mean going ‘back to life as it was before Covid as far as possible’.

Official figures showed daily cases jumped to 22,868 yesterday – the highest figure since January as the Indian variant continued to spread. There were three deaths – the lowest figure for a fortnight.

Mr Javid said it was his ‘ task’ to ‘help return the economic and cultural life that makes this country so great’.

He declared: ‘Make no mistake, the restrictions on our freedom, they must come to an end.

‘We owe it to the British people, who have sacrificed so much, to restore their freedoms as quickly as we possibly can and not to wait a moment longer than we need to.

‘With the numbers heading in the right direction, all while we protect more and more people each day, July 19 remains our target date. The Prime Minister has called it out ‘terminus date’. For me, July 19 is not only the end of the line, but the start of an exciting new journey for our country.’

Former Chancellor Mr Javid has spoken out during the past year about the need to rebalance the Government’s approach and give more consideration to the damage caused by lockdown. And despite concerns among some officials in the Department of Health, he stuck to his guns yesterday.

In a statement to MPs, he confirmed that the reopening of the economy and society at the ‘mid-point review’ on July 5 would not go ahead because of the need to conduct more vaccinations. 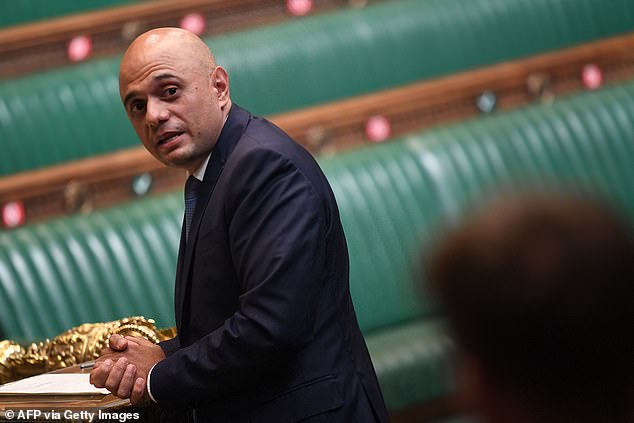 But he was bullish about the prospects for a full reopening on July 19, saying: ‘While we decided not to bring forward Step Four, we see no reason to go beyond July 19, because, in truth, no date we choose comes with zero risk for Covid. We know we cannot simply eliminate it, we have to learn to live with it.’

Several health officials were reported to be ‘livid’ at Mr Javid’s upbeat tone at a time when Mr Hancock had been preparing plans for possible new restrictions this winter. Professor Devi Sridhar, chairman of global public health at the University of Edinburgh, said Mr Javid should ‘focus on health and protecting the NHS’. She added that saying ‘irreversible’ had ‘never paid off for any politician who said that anywhere in the world during this pandemic’.

Labour health spokesman Jonathan Ashworth also warned Mr Javid about ‘hubris’. He said cases could hit 40,000 a day by July 19, adding: ‘That will mean more long Covid… that will mean more disruption to schooling, for some it will mean hospitalisation and we know that even after two doses, you can catch and transmit the virus.’