New North East Covid hotspot emerges – is your home on the list?

CORONAVIRUS cases are rising in 97 per cent of areas across England as the virus continues to spread, data shows.

The interactive map reveals if your area is a hotspot as cases in the North East increase by 25 per cent in a week – as a new epicentre emerges in the region.

For weeks now the top three most infected areas in the country have all been concentrated in the North West.

But as infections from the Delta variant spread, the North East is also seeing a rise in cases, data from Public Health England (PHE) shows.

Hyndburn in Lancashire in the North West continues to have the highest rate in England, with 493 new cases in the seven days to June 27 – the equivalent of 608.3 cases per 100,000 people.

Blackburn with Darwen in Lancashire has the third highest rate, down slightly from 515.0 to 503.7, with 754 new cases.

As well as Newcastle creeping into the top three most infected places in England, it is also number five when it comes to the areas that have seen the biggest increase in cases in the last week. 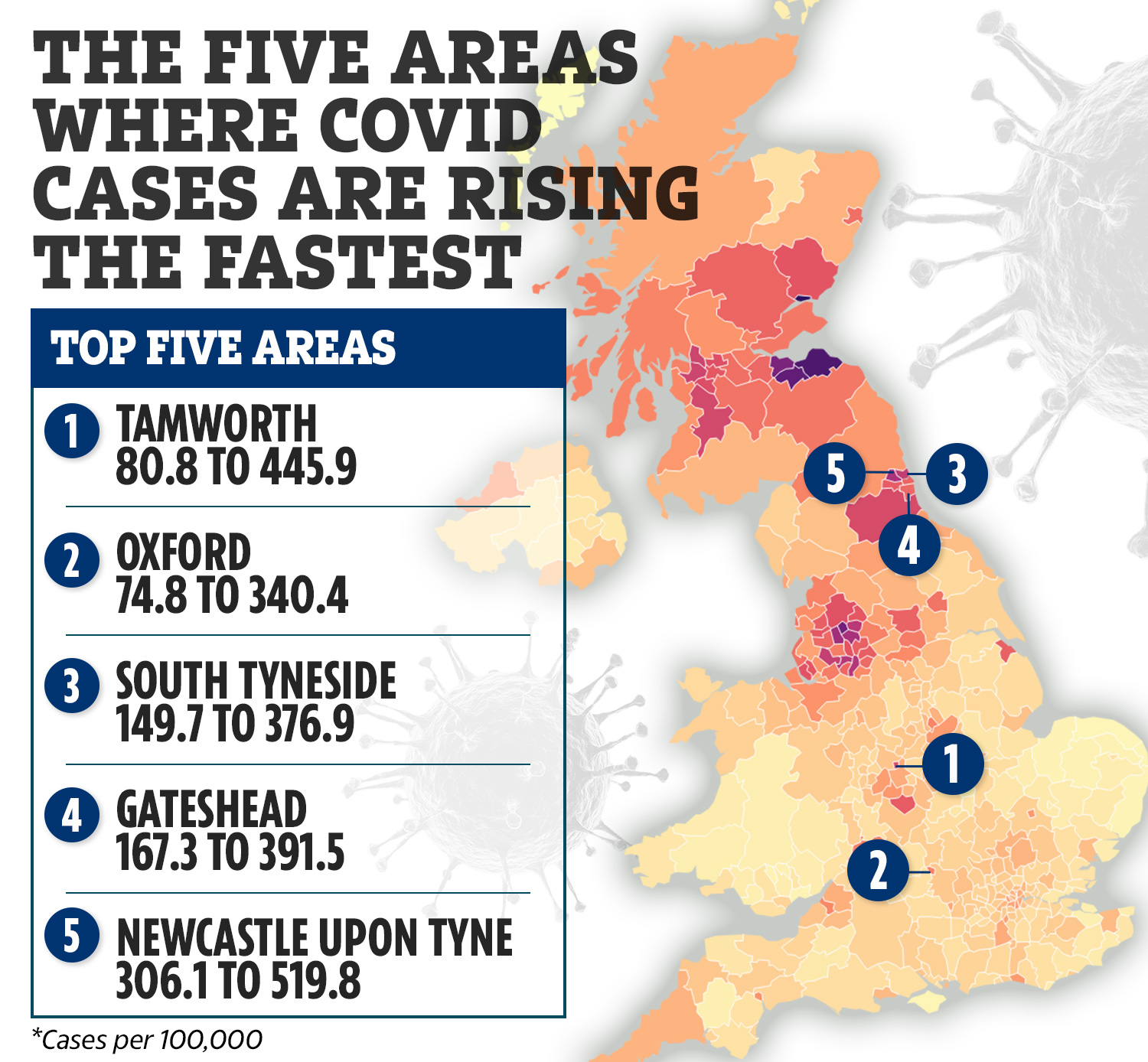 There are also two other areas in the North East that have seen a rapid increase in cases in the last week, showing that the virus is increasing in the region.

Looking at case rates on a regional basis and the North West still has the biggest daily number of new positive Covid cases.

Around 4,366 people are testing positive in the North West each day, with 71 people also being admitted to hospital daily with the virus.

Yorkshire and the Humber is next and the region is currently reporting 2,810 new infections each day.

Hospital data for Yorkshire and the Humber is combined with that for the North East and combined, 70 people a day are being admitted to hospital with the virus on a daily basis. 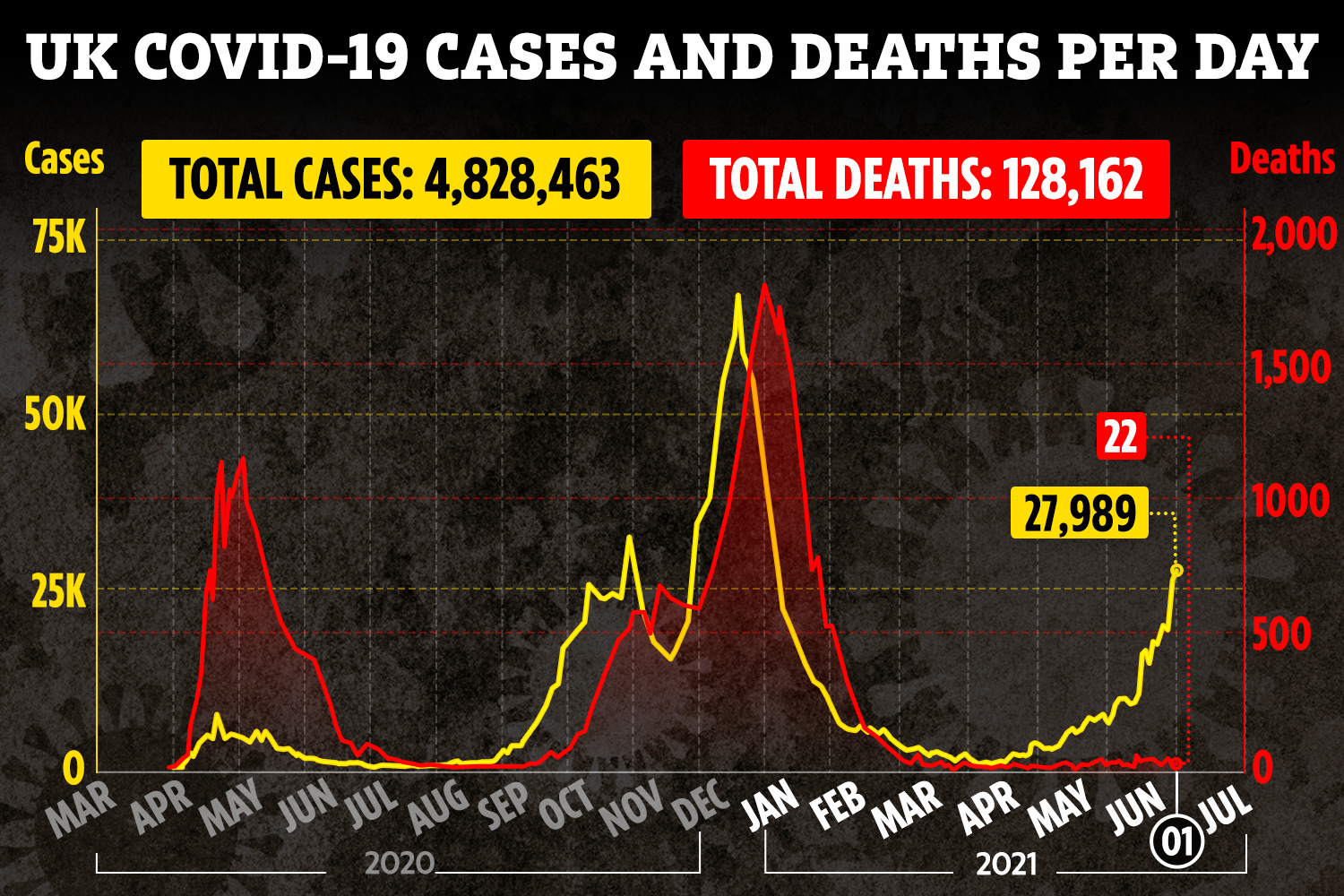 The North East is fifth when it comes to infections, recording 2,496 new ones a day.

The West Midlands is recording 2,435 a day and data for the East and West Midlands on hospitalisations is combined with 41 people a day needing to be hospitalised in the Midlands.

In the South West 1,767 people are testing positive each day, with 16 people being hospitalised.

Yesterday it was reported that Covid cases have more than doubled in a week.

Another 27,989 new cases were recorded and 22 fatalities have been reported by the government.

The latest figures compare to 26,068  new infections and 14 fatalities on Wednesday.

It's the highest number of daily new cases since January 29, when the UK was battling through some of the worst days of the pandemic.

Cases are up 71.8 per cent on this time last week, with the number of deaths up ten per cent.