Airline Norwegian has announced it will resume serving UK airports from July 1 due to increased demand.

The carrier will initially operate flights on four UK routes, connecting Gatwick and Edinburgh with Oslo and Copenhagen.

Since April, Norwegian has only operated domestic flights within Norway due to the collapse in passenger numbers caused by the coronavirus pandemic.

The airline’s chief executive Jacob Schram said: ‘Feedback from our customers has shown that they are keen to get back in the air and resume their travels with Norwegian beyond the current domestic services that we have been operating. 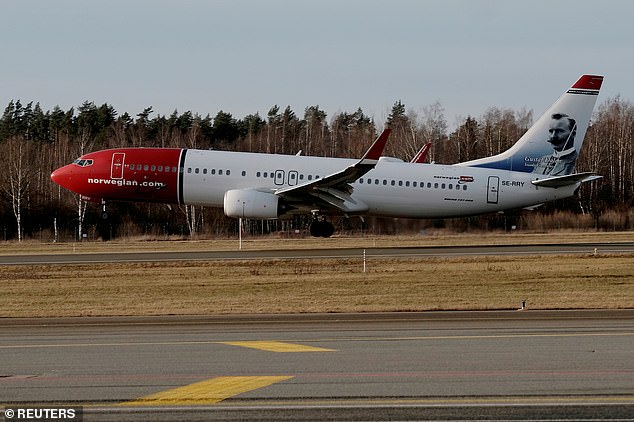 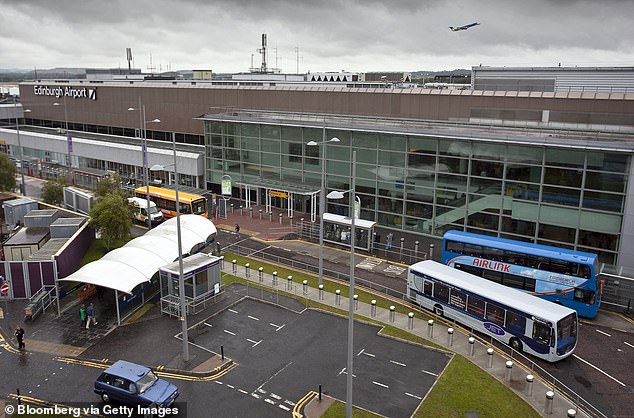 Norwegian has announced that it will operate flights to the UK from July 1 after trips were halted due to the coronavirus.

The four routes available will be:

The airline has announced the news as part of plans to reopen 76 flight routes across Europe as demand for flights rises.

‘Norwegian is returning to European skies with the reintroduction of more aircraft to serve our key destinations which will ensure that we remain in line with competing carriers.’

Mr Schram added that Norwegian will offer ‘great value’ as ‘competition in the industry begins to recover over the summer period’.

It has introduced a series of enhanced safety and hygiene measures, including requiring passengers to wear face masks, banning hand luggage from being put in overhead lockers and not operating a catering service.

In May, the airline secured a £221 million loan backed by the Norwegian government as part of a rescue package to ensure its survival amid huge losses.

Gatwick chief executive Stewart Wingate, who has seen passenger numbers at his airport decimated during the pandemic, described the return of Norwegian flights as ‘very welcome news’.

He said: ‘Consumer demand is picking up as more people want to start flying again.

‘For our part, the airport is ready to go and we have implemented a range of measures to protect the wellbeing and safety of both passengers and staff in recent weeks.

‘We are starting to see small green shoots of recovery.’

END_OF_DOCUMENT_TOKEN_TO_BE_REPLACED

END_OF_DOCUMENT_TOKEN_TO_BE_REPLACED
This website uses cookies to improve your user experience and to provide you with advertisements that are relevant to your interests. By continuing to browse the site you are agreeing to our use of cookies.Ok