Home » World News » Oakland plans to return 5 acres of city park to Indigenous groups, one of first cities to do so

Oakland plans to return 5 acres of city park to Indigenous groups, one of first cities to do so

The city of Oakland, California, announced last week a plan that would make it among the first cities in the country to return land to Indigenous people.

The city council will conduct hearings and decide whether to grant an easement over five acres of land in a city-owned park to local Indigenous organizations: the Sogorea Te’ Land Trust, the East Bay Ohlone tribe and the Confederated Villages of Lisjan Nation.

The easement would allow the Sogorea Te’ Land Trust to immediately use the land, known as Sequoia Point, for public education, natural resource restoration, cultural practices and other future uses, the city said.

“This agreement with the city of Oakland will restore our access to this important area, allowing a return of our sacred relationship with our ancestral lands in the Oakland hills,” Corrina Gould, a co-founder of the Sogorea Te’ Land Trust and Lisjan Tribal Chairwoman, said in a statement. “The easement allows us to begin to heal the land and heal the scars that have been created by colonization for the next seven generations.”

Not everyone wants to mourn: The complexity of mourning Queen Elizabeth II and questioning her legacy

The Ohlone people, who belong to the Confederated Villages of Lisjan Nation, had inhabited Oakland and Northern California’s East Bay area for thousands of years before their forcible removal by European settlers and their descendants starting in the 18th century, the city said in its statement. 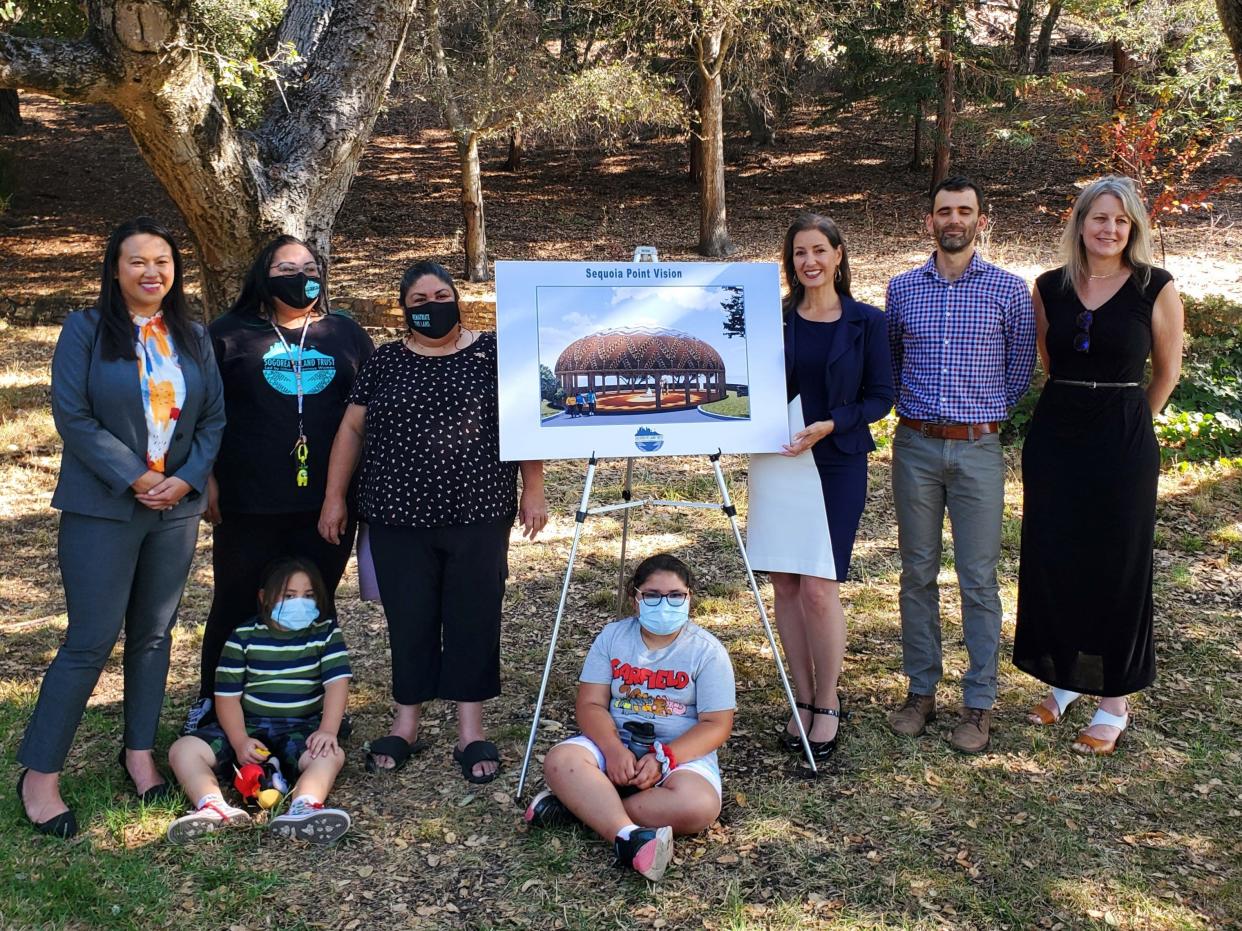 Discussions for the land “rematriation,” as the Sogorea Te’ Land Trust calls it, began in 2018 between Oakland Mayor Libby Schaaf and Gould.

“I hope the work we are doing in Oakland with the Sogorea Te’ Land Trust can serve as a model for other cities working to return Indigenous land to the Indigenous community we stole it from,” Schaaf said in the city’s statement.

The Sogorea Te’ Land Trust said in a statement that it planned to create a “ceremonial gathering place and structure” on the land for Indigenous people and guests to come together.

The return of Sequoia Point is especially significant for the Lisjan Nation, which encompasses five Bay Area counties, because it isn’t a federally-recognized tribe.

“We have an unbroken tie to these lands, but we have no land base because we’re not federally recognized,” Gould told USA TODAY. “As much as we have been here in the landscape for thousands of years, there are no places in the Bay Area that allow us to tell the story and to engage the land at the same time. “

A process that other cities can duplicate

The announcement in Oakland comes amid a “Land Back” movement across the country and the globe in which Indigenous peoples are demanding their land back from governments and property owners.

The movement in the United States is headed by NDN Collective, an Indigenous rights advocacy group that has prominently campaigned for the closure of Mount Rushmore and return of the federally-owned land to the Indigenous community.

Opinion: My great-grandfather carved Mount Rushmore on sacred land. Now is the time to remove it.

In 2019, the city of Eureka, California, roughly 275 miles north of Oakland, returned an island off its coast to the Wiyot people, nearly 160 years after the land was seized from the tribe and residents of Eureka massacred several of its members, the local paper Times-Standard reported.

Activists in Minneapolis, Minnesota are pushing for the return of some city parks to Indigenous control to provide housing for the unhoused native population. Minneapolis Mayor Jacob Frey told the Minnesota Reformer last year during his re-election campaign last year that he supported giving land back to the native community.

Eureka is believed to be the first city in the country to return land to Indigenous people. But the Wiyot Tribe is federally recognized, meaning the land was returned into a federal trust, Gould said.

The process is much different for non-federally recognized tribes, according to Gould, who hopes Oakland’s land return can serve as a model for other cities looking to return land to unrecognized tribes throughout California.

The perpetual land easement that the city of Oakland is planning to grant to the Sogorea Te’ Land Trust is a “brand new” development, Gould said. It gives non-property owners the right to use the property for designated purposes.

“We really wanted to make it so that other cities could duplicate this process,” Gould said. “There’s hundreds of non-federally recognized tribes in California. Almost every single tribe that was brought into a mission is not federally-recognized … so that’s many hundreds of thousands of people that are without a land base.”